Accessibility links
School District Pays For Health Care But Can't Get Itemized Bill : Shots - Health News Large employers like the Miami-Dade school district pay for employees' health insurance, but are often forbidden from knowing how much providers charge and insurers pay for care. 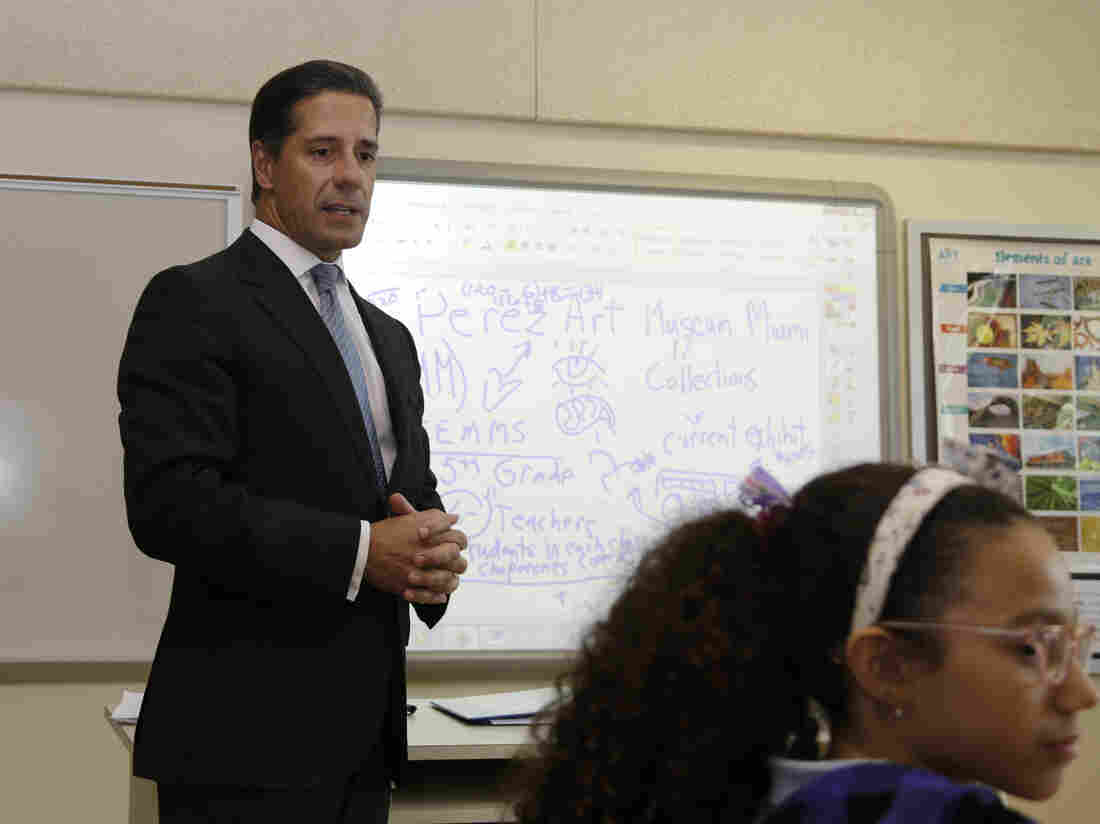 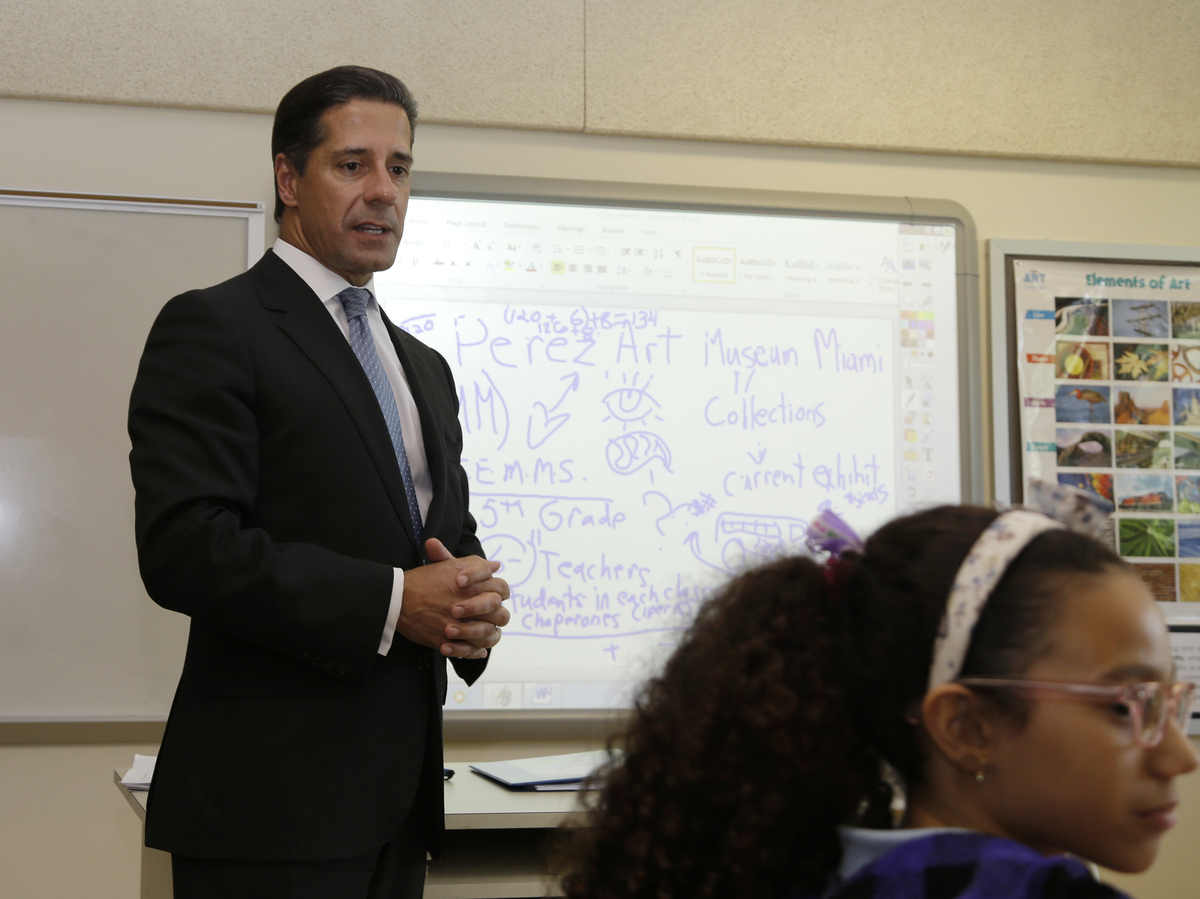 Superintendent Alberto Carvalho of Miami-Dade County Public Schools says he knows how much gets paid out in health care claims, but the school system's insurance carrier, Cigna, won't disclose the charges.

About a year ago at a Miami-Dade County school board meeting, superintendent Alberto Carvalho was happy to announce the district and the teacher's union had just ratified a new contract.

"I believe that this contract honors and dignifies what you do every single day," he told the school board members. It included bonuses for most teachers and it settled how to handle health care expenses after yet another year of rising costs.

"We know exactly what the district pays out in terms of claims, because we are the insurance company. There's no profit to be made," he said.

Like most large employers, the Miami-Dade school district is self-insured. It bears the financial risk of covering its own employees.

The school board's reaction to the health care costs in the new contract was incredulous. They are an elected board and didn't look forward to telling the teachers their prices were still going to go up. One board member after another questioned the rise in prices.

"Do we sit with our employees, knowing what their salaries are, and help them carve out the best options insurance-wise?" one asked. "Twenty-seven hundred more for his family's health — can you comment on that?" asked another. Yet another lamented, "Our employees are tired of hearing about rising health care costs."

This was not the conversation the superintendent expected.

"I thought we were coming here today [to] first and foremost celebrate something pretty remarkable," he said.

Now, a year later with another new contract, the school board is still grappling with health care costs. Teacher contributions to insurance will mostly stay the same, but it means the district will absorb another 4 percent increase in costs.

"Our salaries have not gone up in the same way that health care costs have gone up," he explains. So he's been urging the school district to figure out where the money is going.

"We have to know who's driving up costs," he says. "What's going to affect the bottom line for our premium costs, and what is actually contributing to that."

Turns out, that is incredibly difficult to do. But it's a conversation more businesses should be having, says Uwe Reinhardt of Princeton University.

Businesses and employees need to stop taking for granted that rising health care costs are inevitable because they make tradeoffs, Reinhardt says.

"Employees actually pay for what they think is company-provided insurance, by lower wages," he says. But it's so hard to get costs under control because the actual prices are secret.

Self-insured organizations like Miami-Dade County schools have to hire an insurance company to manage the claims process and negotiate rates with hospitals and doctors. But insurers and providers keep the rates secret, even from those employers hiring them.

Carvalho's right: The district knows exactly what it pays overall for health care claims. What it doesn't know is how much it's paying to any one hospital or provider for a given service.

That means it doesn't know who's the most expensive provider, or who is the cheapest. That may drive prices higher for employees, Reinhardt says.

"It's almost like blindfolding people, shoving them into Macy's and saying, 'Buy efficiently for a shirt.' " Reinhardt says. "Well, you come out with a pair of shorts."

The school district is subject to the state's open records laws, but Cigna, the insurance carrier they use for employees, refused to share accounts of what was actually paid out, citing trade secrets. Even though the county school district, which is taxpayer-funded, takes on that risk, it's not allowed to see the contracted prices.

The district is seeking ways to get around the legal obstacles. It's planning to shop for a service that can work with its limited claims data and at least figure out average costs. Ideally, district officials say, they'd like to know enough about costs to offer incentives for employees who choose less expensive options.

"They would be angry that they are being forced pay for something, not really fully understanding the value of what they're paying for," she says.

It's a lesson the school district and other employers are starting to learn.

This story is part of a partnership with NPR, WLRN, the Miami Herald and Kaiser Health News.