Accessibility links
Allergists Urge Use Of Epinephrine For Allergy Emergencies : Shots - Health News Mom may be more up to speed on the right treatment for life-threatening allergic reactions than doctors, a study finds. Epinephrine should be the first and fastest choice for treatment.

Allergists Urge Use Of Epinephrine For Allergy Emergencies

Allergists Urge Use Of Epinephrine For Allergy Emergencies 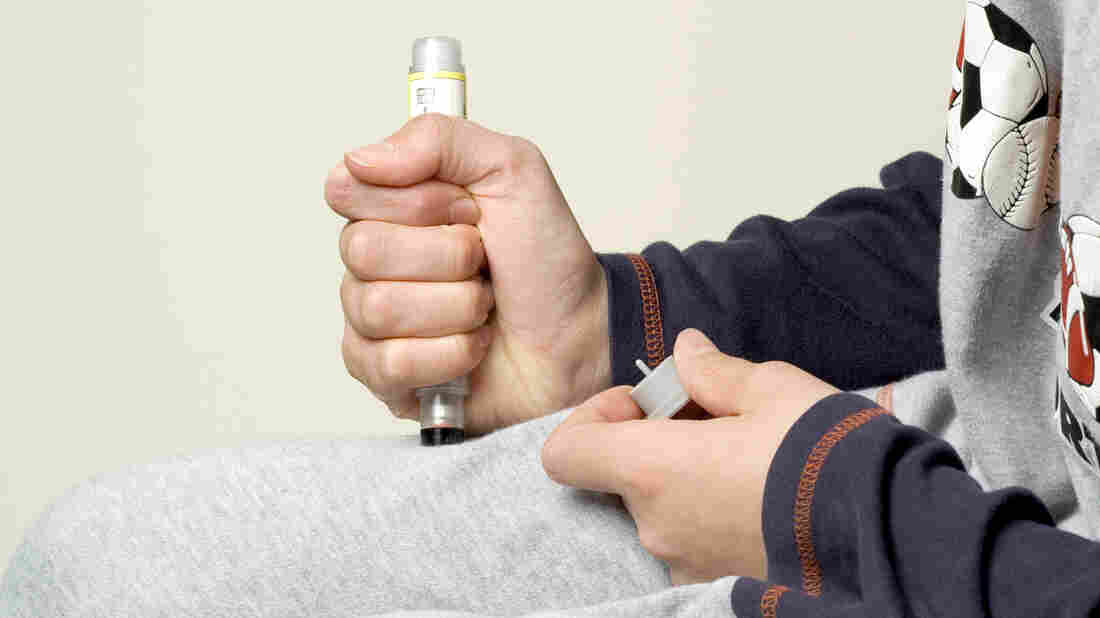 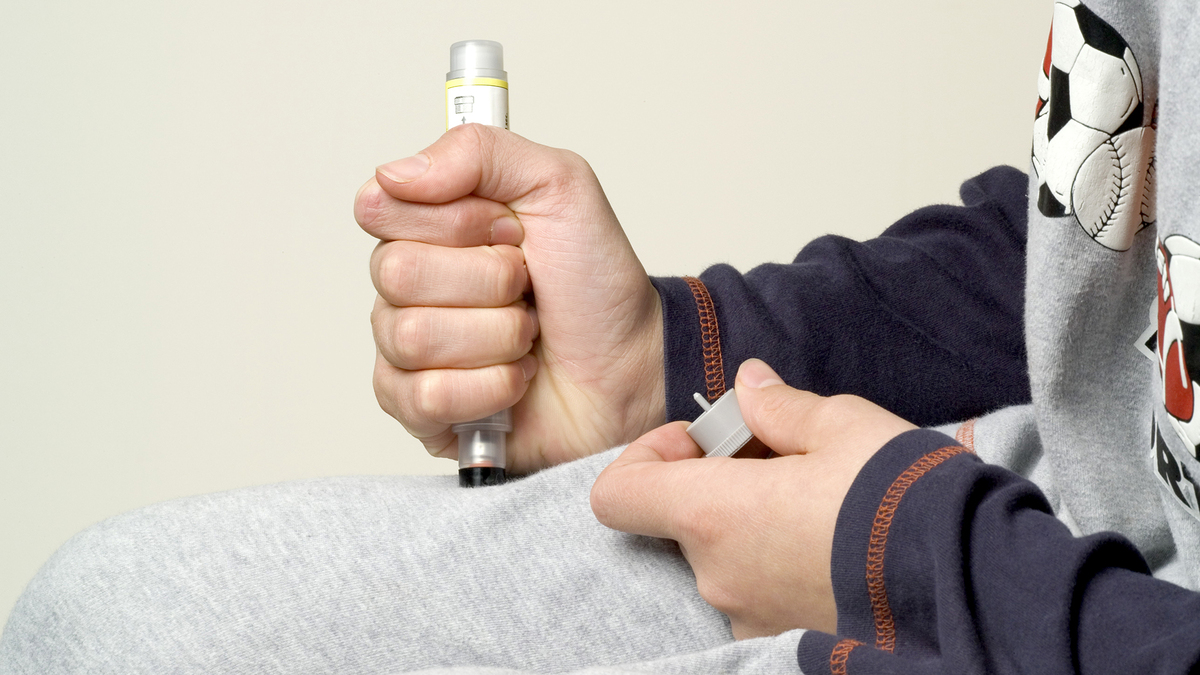 An epinephrine injection can be life-saving for someone with a severe allergic reaction to a bee sting, a peanut or a piece of shrimp. But just half of internal medicine doctors know that epinephrine should be the first treatment, a recent study finds.

And a study of German hospitals found that a person experiencing anaphylaxis, a severe allergic reaction, didn't get epinephrine when they should, as often as 80 percent of the time.

"I think moms are probably more aggressive than physicians are in using [epinephrine]," says Dr. Andrew Murphy, an allergist and member of the American Academy of Allergy, Asthma and Immunology.

That's why a joint task force of allergists published guidelines on Tuesday in the Annals of Allergy, Asthma and Immunology, reinforcing that emergency rooms should be using epinephrine "first and fast" to treat a severe allergic reaction.

But other studies have shown that emergency departments in the United States administer do use epinephrine appropriately 98 percent of the time for severe allergic reactions, according to Dr. Esther Choo, an assistant professor of emergency medicine at Brown University. The German study, she says, has little relevance to what happens in American EDs. "Patients with severe allergic reactions should proceed to the nearest emergency department for treatment."

The allergists' new guidelines are "the first time that we've collaborated with emergency department specialists," says Dr. Stanley Fineman, past president of the American College of Allergy, Asthma and Immunology. He is not an author of the guidelines but has been involved with the organization's past work.

Fineman says one goal is to make sure emergency department staff refer people who have had a severe reaction for appropriate follow-up care.

These specialists can "refer the patients to the allergist to make sure that the patient's triggers that caused the anaphylaxis get identified," says Fineman.

The precautions have become increasingly important, given that food and skin allergies are on the rise for children under 18, according to the Centers for Disease Control and Prevention.

So what should you do if you or your child shows up at the emergency room with a severe allergic reaction?

If you know you're having an allergic reaction and have an epinephrine auto-injector, use it, says Murphy. And tell the doctors your allergy history and what's happened to you.

"You just have to be a strong advocate for yourself," he says, such as, " 'I'm having anaphylaxis,' and that should get them to administer epinephrine."

An earlier version of this story failed to note that one study on epinephrine use was done in Germany. Our story also did not cite research finding that epinephrine is used appropriately in emergency departments in the United States.