Accessibility links
CDC Warns That The Flu Season May Be A Bad One : Shots - Health News The main flu strain circulating now tends to send more people to the hospital than other strains. It also causes more deaths, especially among the elderly, children and people with health issues. 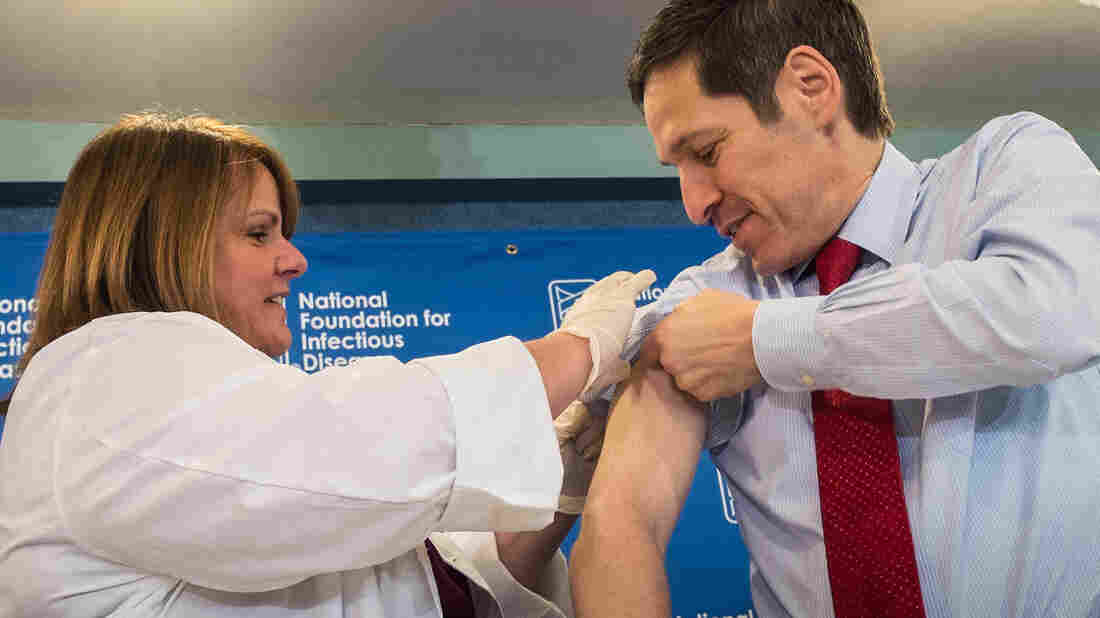 Dr. Thomas Frieden, director of the Centers for Disease Control and Prevention, got his flu shot in September. J. David Ake/AP hide caption 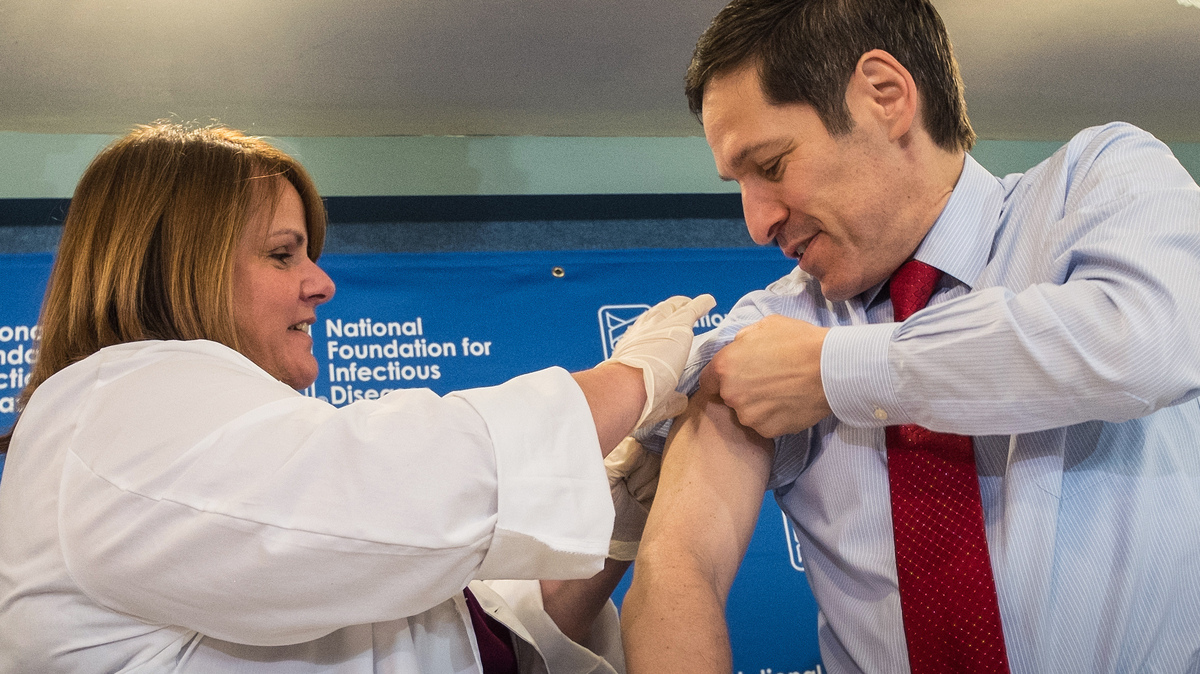 Dr. Thomas Frieden, director of the Centers for Disease Control and Prevention, got his flu shot in September.

We may be in for a nasty flu season. That's the warning out today from the federal Centers for Disease Control and Prevention.

The CDC is worried because the most common strain of flu virus circulating in the United States is one called H3N2. In previous years, H3N2 strains have tended to send more people to the hospital than other strains — and cause more deaths, especially among the elderly, children and people with other health problems.

Another concern is that more than half of the H3N2 viruses tested so far this year have "drifted," meaning they have mutated slightly from the strain used to make this year's flu vaccine.

"In past season during which predominant circulating influenza viruses have been antigenically drifted, decreased vaccine effectiveness has been observed," the CDC wrote in an alert sent to doctors.

Translation? This year's flu vaccine may not work as well as it usually does.

The CDC emphasized, however, that the vaccine will still provide some protection, so it's important that as many people as possible get vaccinated.

The agency also urged people at risk of flu-related complications to seek treatment as soon as possible because antiviral drugs can help reduce the severity of the flu. The medicines work best when taken within the first 48 hours of getting sick.

So far, it looks like the drugs, Tamiflu and Relenza, will work well against the strains of flu virus circulating, the CDC says.

"Clinicians should encourage all persons with influenza-like illness who are at high risk for influenza complications to seek care promptly to determine if treatment with influenza antiviral medication is warranted," the alert says.