Accessibility links
Unexpected Joint Pain Seen In Test Of Experimental Ebola Vaccine : Shots - Health News A major donor has pledged $300 million to distribute an Ebola vaccine in Africa, as soon as one is available. Vaccine development is proceeding, but there have been hiccups. 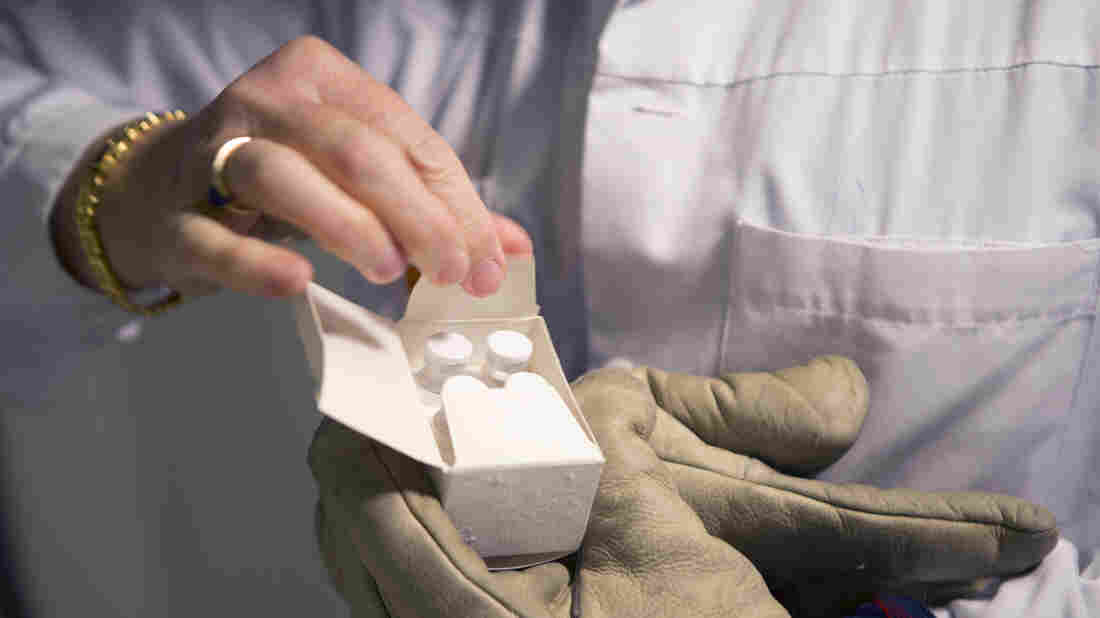 A shipment of experimental Ebola vaccine is opened at a hospital in Geneva. Mathilde Missioneiro/AP hide caption 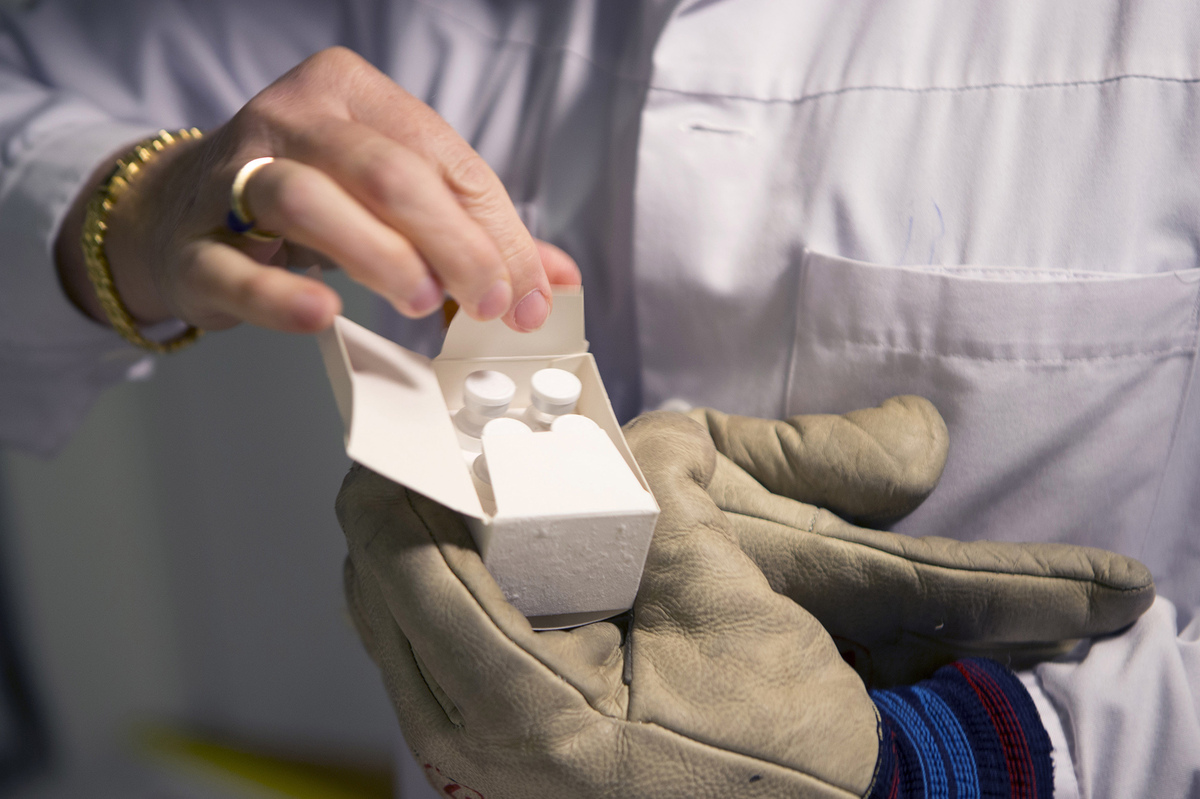 A shipment of experimental Ebola vaccine is opened at a hospital in Geneva.

Two potential Ebola vaccines are currently being tested in people, to see if they're safe and to figure out the best dose.

Both trials have encountered some of the typical travails of vaccine research.

One vaccine, which uses a modified chimpanzee virus, was associated with some mild fevers at its highest dose. And today, the University Hospitals of Geneva said that four healthy volunteers receiving a second potential vaccine, called VSV-ZEBOV, had experienced unexpected joint pain.

The hospital has already given the vaccine to 59 people, and was about to inject another 15. But researchers there decided to hold off on those next 15 people for a week or so, while they pause to take a closer look at the people who experienced mild pain in their hands and feet. All told, the Geneva hospital plans to inoculate 115 volunteers.

Despite this side effect, "Initial results show that the vaccination is very well tolerated," the hospital said in a statement.

The vaccine was developed by the Canadian government and then licensed to a small U.S. biotech company called NewLink Genetics, which teamed up with pharmaceutical giant Merck for testing, manufacturing and distribution. Merck told NPR that the vaccine will continue to be tested at other sites using lower doses.

Three major manufacturers have been pursuing Ebola vaccines, and the World Health Organization says Russia has something in the works as well. In the best of circumstances, it will take many months of study to figure out whether the vaccine is safe and effective. But assuming one or more of these vaccines can protect people from Ebola, GAVI the Vaccine Alliance, says it's ready to commit $300 million to buy vaccines for Africa.

GAVI is a public-private partnership that includes U.N. agencies, the World Bank, foundations and private companies. "Up to an additional $ 90 million could be used to support countries to introduce the vaccines and to rebuild devastated health systems and restore immunisation services for all vaccines in Ebola-affected countries," Gavi said in a statement.