Accessibility links
Scientists Debate If It's OK To Make Viruses More Dangerous In The Lab : Shots - Health News Researchers are struggling with how to balance the benefits and risks of genetic experiments that can give viruses new talents for causing infections. 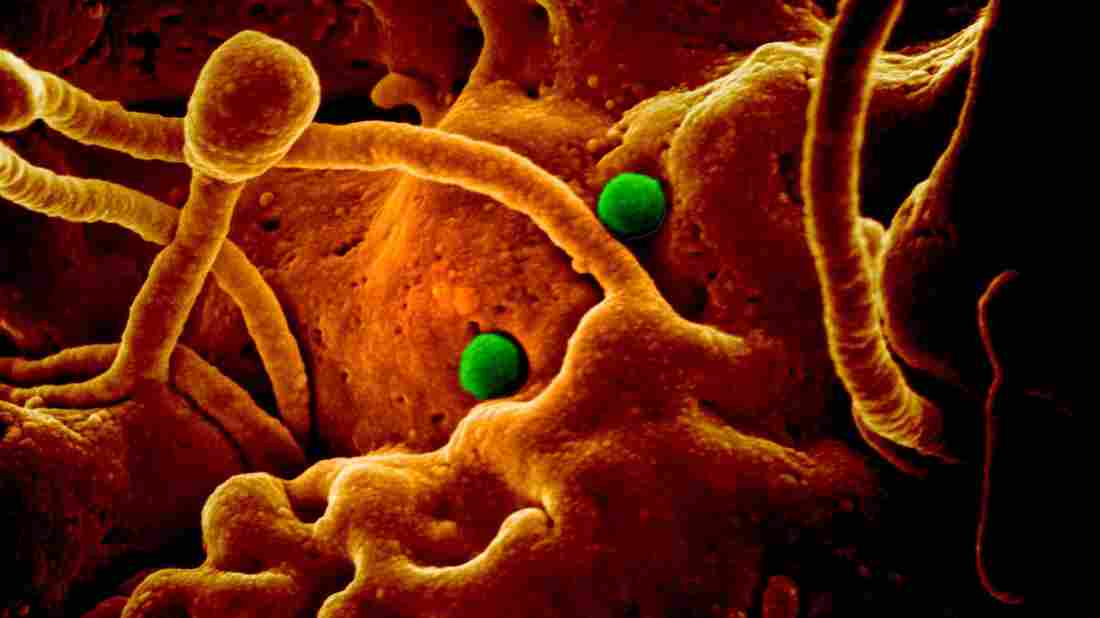 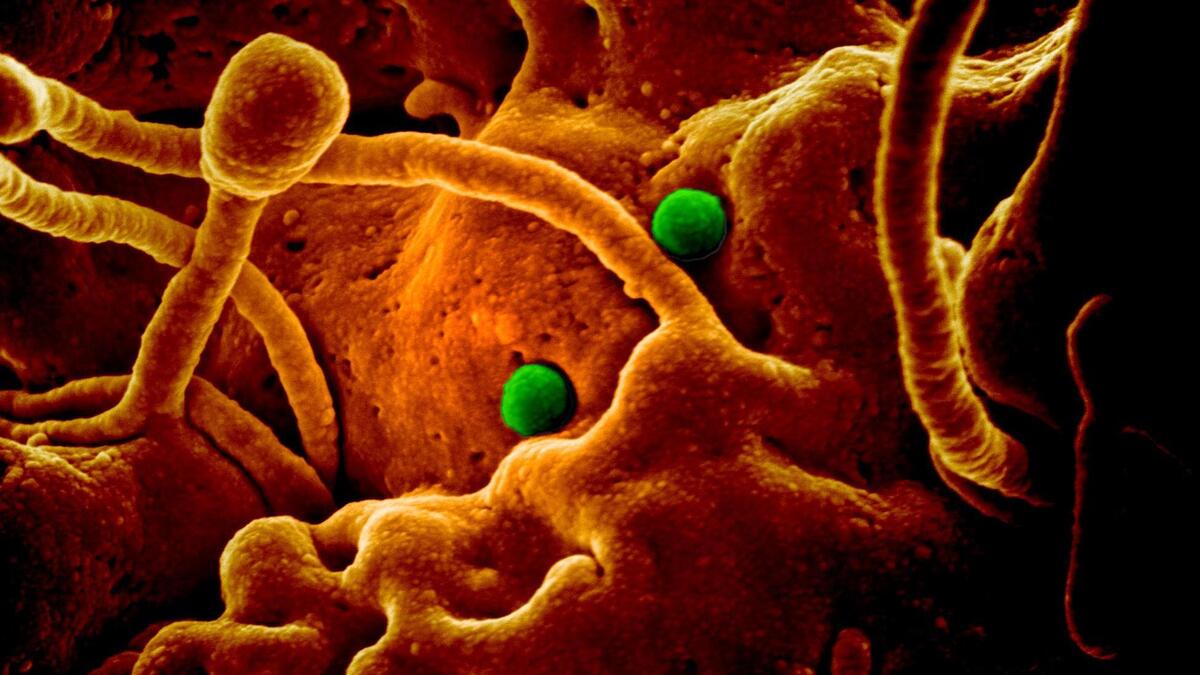 Imagine that scientists wanted to take Ebola virus and see if it could ever become airborne by deliberately causing mutations in the lab and then searching through those new viruses to see if any spread easily through the air.

Would that be OK?

The question was posed by David Relman, a microbiologist at Stanford University, at a two-day meeting being held at the National Academy of Sciences in Washington, D.C., to discuss whether some experiments with germs are so risky that the dangers aren't worth the potential benefits.

Researchers call these "gain-of-function" experiments. Take a bug that's bad and give it some genes that just might give the microbes new abilities.

The work has split the scientific community. Some of the most prominent figures in this saga showed up at the historic National Academy of Sciences building this week to have another go at it.

The controversy started a few years ago, with some experiments that took a bird flu virus and altered it so that it spread easily between ferrets, the lab stand-in for people. Critics said the scientists had created a superflu that could cause a pandemic in people if it ever got out of the lab, but the researchers said their work was essential to understanding how flu viruses can jump from animals into people and start devastating flu pandemics.

This disagreement rumbled along until this summer, when some high-profile lab mishaps with other infectious agents prompted the government to temporarily halt certain federally funded research projects that might make three viruses — influenza, SARS and MERS — more pathogenic or contagious.

Officials said they wanted to reassess the risks and benefits, and the meeting that started Monday is part of that effort. "We want to provide a neutral venue for open discussion," said Victor Dzau, president of the Institute of Medicine of the National Academy of Sciences.

The one thing that almost everyone seemed to agree on is that they hate the term "gain-of-function," saying that it doesn't meaningfully describe the kinds of experiments that have some people worried.

"I think the term 'gain-of-function' is being misused more than the viruses," said Michael Imperiale, a microbiologist with the University of Michigan Medical School. "I'd rather that we just take each individual case and call it what it is." Kanta Subbarao of the National Institutes of Health, whose lab works on all three pathogens, said the term is "vague and unsatisfactory."

Virologist Yoshihiro Kawaoka of the University of Wisconsin, Madison, whose lab did one of the flu experiments that caused such controversy, said his work convinced government agencies that they needed to spend the money to replenish the emergency vaccines that have been stockpiled for this particular bird flu virus, because it does indeed seem capable of mutating in ways that could start a pandemic. "This information is important for policymakers," he said, adding that such experiments allow scientists "to obtain information that we could not obtain by other methods unless it actually occurred in nature."

Relman, in response, said that "we already knew enough to be very concerned and motivated to do something" and suggested that if additional motivation was needed, it could have been achieved through experimental approaches that carried less risk.

Meanwhile, scientists who study MERS and SARS, like the University of North Carolina's Ralph Baric, came to the meeting and argued that they weren't doing anything worrisome with these viruses. But they had been dragged into the discussion and had their work halted only because they study respiratory viruses that can be highly pathogenic in people.

The government's review process is expected to last about a year, with another conference planned at the National Academies to discuss draft recommendations on how the government should weigh the risks and benefits of this type of work. Those recommendations will be developed by an advisory committee called the National Science Advisory Board for Biosecurity, which will also be holding public meetings.