Accessibility links
Behind The Scenes At The Lab That Fingerprints Microbiomes : Shots - Health News Inside the lab, a lone technician sorts through new samples, snipping off swab heads intentionally fouled with fecal material. One head goes to cold storage and the other is processed for sequencing. 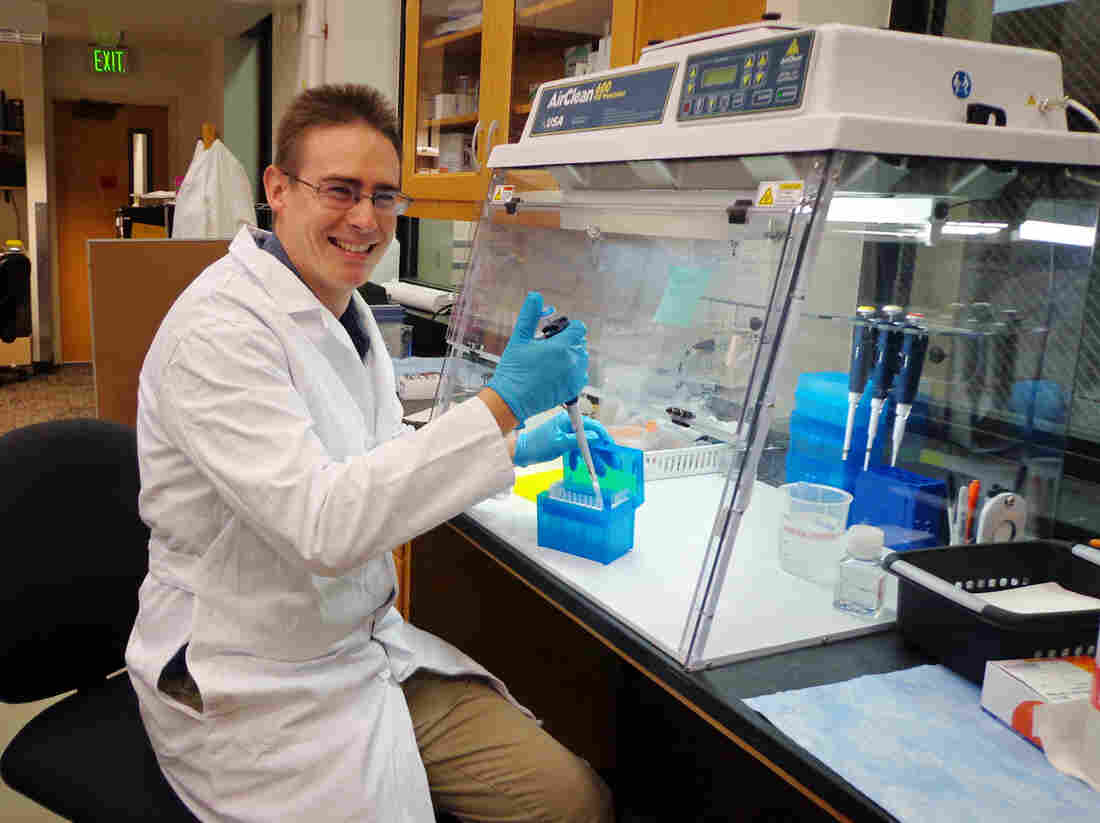 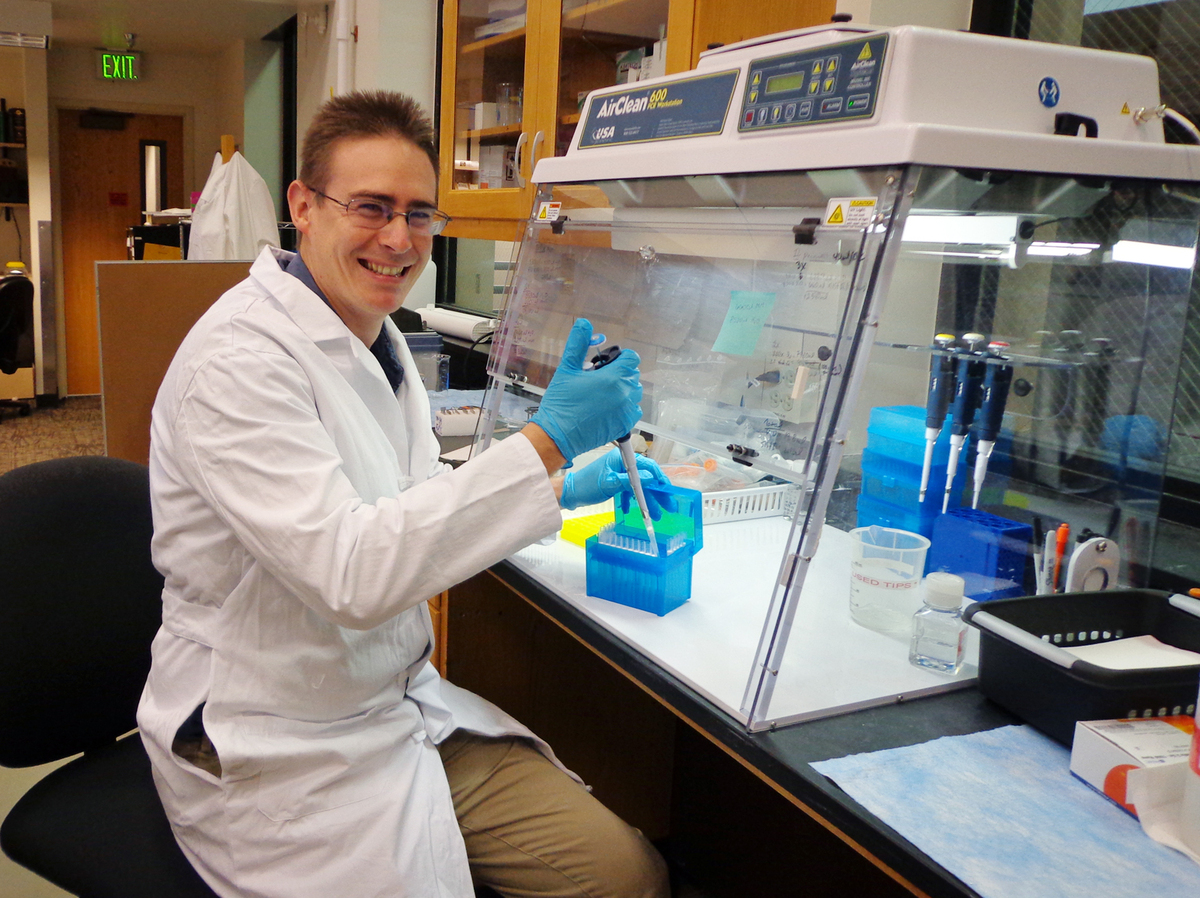 Rob Knight, co-founder of the American Gut Project at the University of Colorado in Boulder, works in the lab where the samples are processed.

The gut microbiome may soon reveal important answers to questions about our health. But those answers aren't yet easy to spot or quick to obtain.

The week after I mailed off my family's microbial samples to be analyzed for the American Gut Project, I followed them down the road from my home to the University of Colorado, Boulder. They — and I — came to a massive, futuristic science complex there. Daniel McDonald, a doctoral student studying quantitative biology and computer science, greeted me and brought me up to the workspace, where rows of researchers worked on computers outside of a small lab room.

Poo And You: A Journey Into The Guts Of A Microbiome

Inside the lab, where the sealed samples were received, a lone technician sorted through new arrivals, snipping off intentionally fouled swab heads. Each sample kit contains two cotton swabs. One swab head goes directly to the freezers for safe keeping (in case the first sample doesn't provide clear results or for the near future, when sequencing technology is better). The other gets dissolved in a solution so its contents can be carefully analyzed for genetic traces of microbes.

Just down the hall is one of the lab's boxed-in robots, charged with loading samples into individual wells on a tray that will later get fed through the sequencers. The task might seem mundane for such a high-tech tool, but the bot works much faster and more accurately than a human lab helper can.

Still, this is where some of the work can be slow going. The team must wait for hundreds of fecal, oral or skin samples to process together. A single sample could go through the full analysis process in a week, but it would cost thousands of dollars, Rob Knight, a co-founder of the project, estimates, rather than the $99 members of the study pay. For the project to be cost-effective for participants, the research team must wait to collect large groups of samples and analyze them together. (Little did I know then just how long I would be waiting for my family's samples to be processed.) 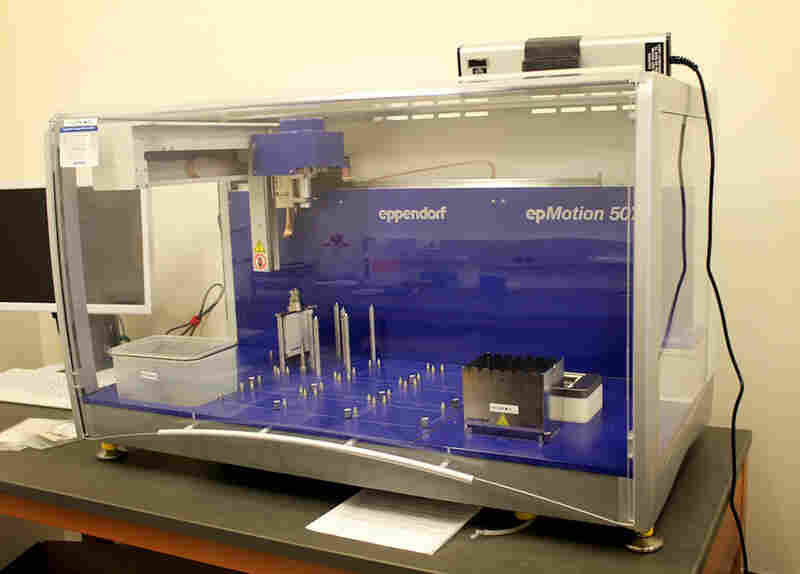 This robot in the Knight lab can handle many samples simultaneously. To avoid contamination, the lab only processes the same kind of samples at the same time together (fecal with fecal, skin with skin and pet with pet). Katherine Harmon Courage for NPR hide caption 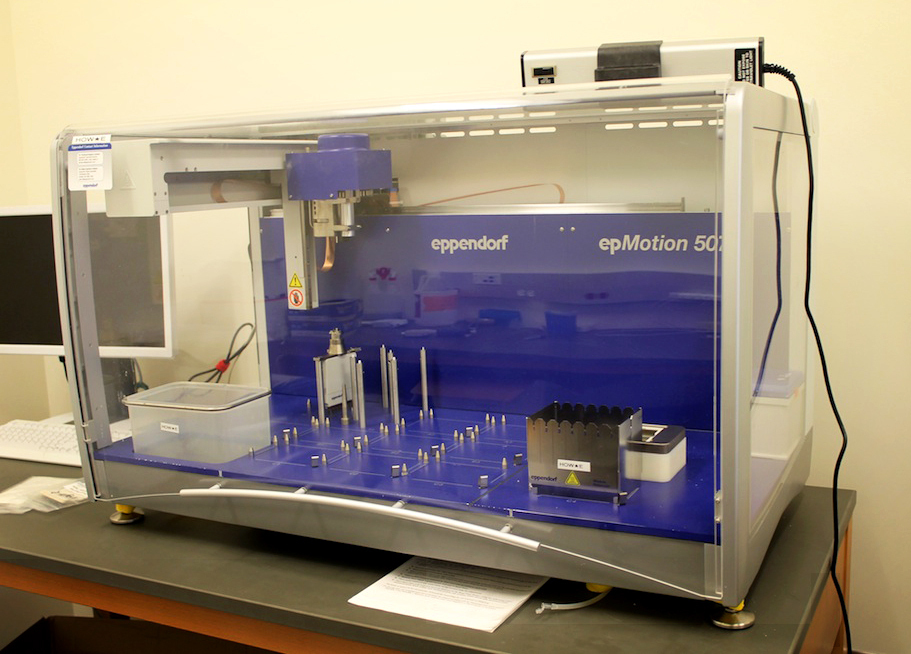 This robot in the Knight lab can handle many samples simultaneously. To avoid contamination, the lab only processes the same kind of samples at the same time together (fecal with fecal, skin with skin and pet with pet).

Most of the human microbiome is uncharted territory because many of the microbes that live in our guts can't be grown easily in the lab. Oxygen is toxic to them. Using the tools of genetics to probe the human microbiome has already uncovered many new species, each of which has a full genome of its own.

We're still far from getting quick full genomes from each of the inhabitants. Instead, scientists rely on microbes' telltale 16S gene, a marker that helps identify bacteria from one another. Finding the base pairs --the As, Cs, Ts and Gs — for this gene can help scientists sort out which species are present.

This is where a nifty machine that performs PCR (polymerase chain reaction) comes in. It makes thousands of copies of the genetic material so that the pattern in the genetic code is easier for the sequencers to find.

These sequencers are located on a lower floor of the building in a room that smells a bit like a photography darkroom. Here, each tray of samples takes about 20 hours to process. On a nearby screen, I see a readout of bright genetic points against a dark background, which looks more like a telescopic image of a night sky than the code to microbial life from someone's stomach. 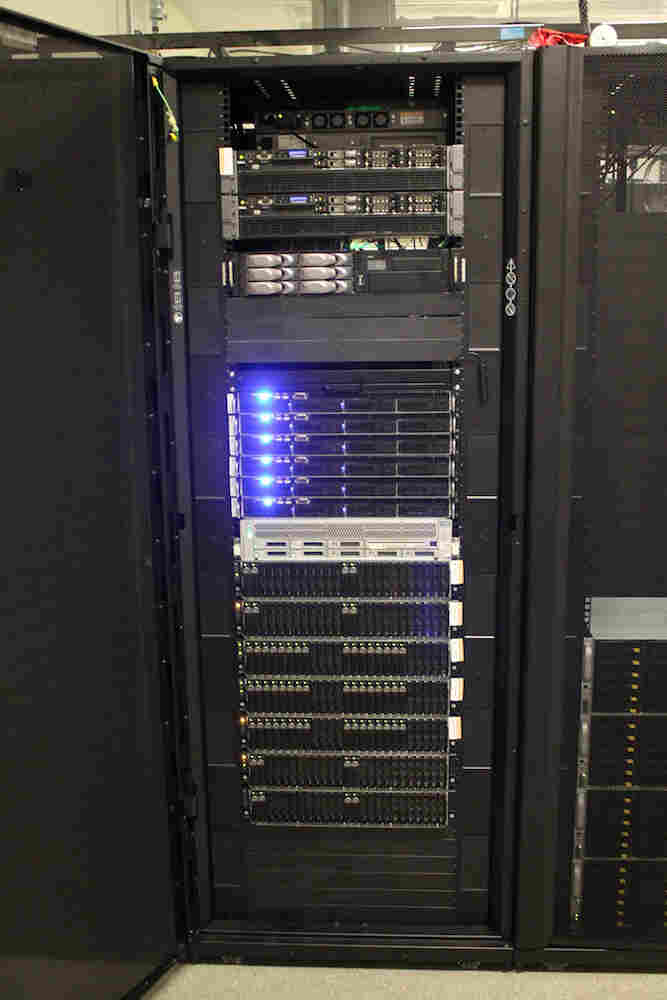 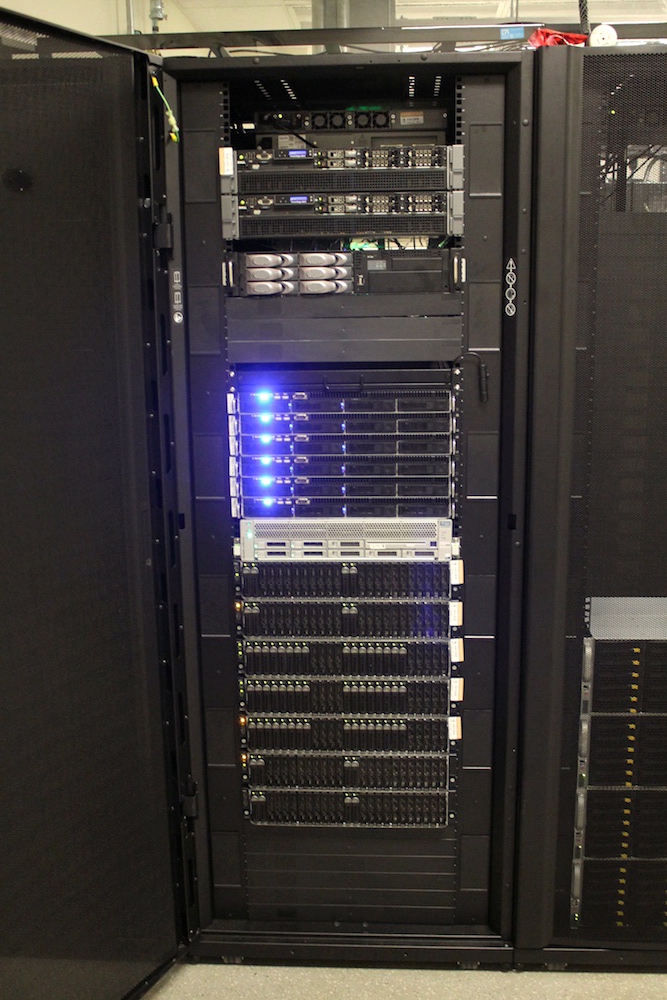 This supercomputer, affectionately known as "Compy," crunches massive amounts of microbiome data at the University of Colorado, Boulder.

Deciphering this code is just the first step in understanding what is going on in the jungle of your gut. Like many things in biology, it is not just the organisms present — plants, animals or bacteria — but how these organisms interact that is important.

The dynamics among the characters make a play — not just the cast.

For instance, research has shown that many of us are walking around with E. coli in our guts but show no ill effects. In much the same way that weeds or hungry insects might not harm a thriving field or forest but could wreak havoc on an unbalanced ecosystem, we depend on a healthful mix of good microbes to keep the bad ones from taking over.

And to see what our intestinal forests are composed of, we need more than just a few points of genetic data. So after the sequencer spits out the genetic code it has assembled, the data needs to get turned back into intelligible (or at least semi-intelligible) patterns.

To do this, our microbial code gets run through a supercomputer nicknamed Compy, which hums safely in the building's basement beyond two sets of doors and a sticky, dust-collecting floor mat. When I meet her, Compy is busy crunching away on base pairs with her 1,000 processors.

From there, the microbe sequences get reunited with their human host's information from the questionnaires. But figuring out the best way to do this is still a work in progress.

The research group is testing using new software to analyze and display these many layers of information. One colorful display that we examine back up in McDonald's fourth-floor office shows a 3-D plot of microbe species and their sites on the human body. It looks a little like an explosion of Dippin' Dots caught in midair — only the brown blobs don't indicate chocolate.

But these dots aren't our microbes. Our samples are still standing by in a freezer for their turn with the robots and whirring sequencing machines. With our samples in the hopper and the process of turning a messy, poop-swab into a sterile, color-coded microbiome chart a bit demystified, it was now time to wait to see what our swipes would turn up.

This is the third story in a four-part series.

Katherine Harmon Courage is a freelance health and science writer in Colorado. She is the author of Octopus! The Most Mysterious Creature In the Sea, now available in paperback.