Accessibility links
Wonder Abides, Even For A Skeptical Doctor : Shots - Health News When science cannot explain patients' recoveries, even a doctor who studiously makes decisions based on the medical evidence is forced to rethink his ideas about hope and miracles. 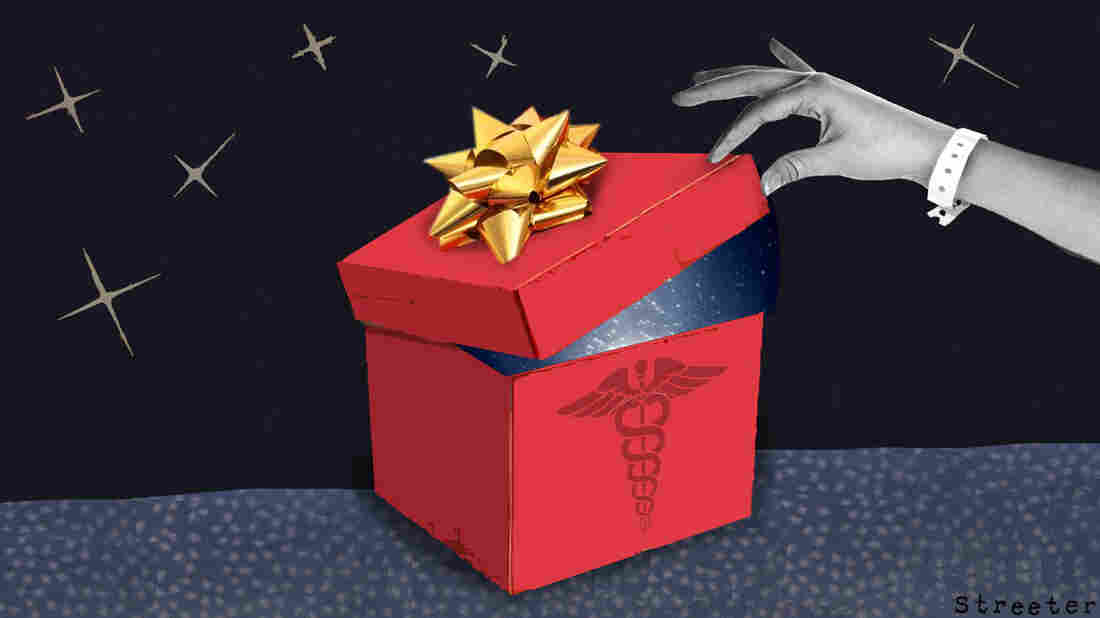 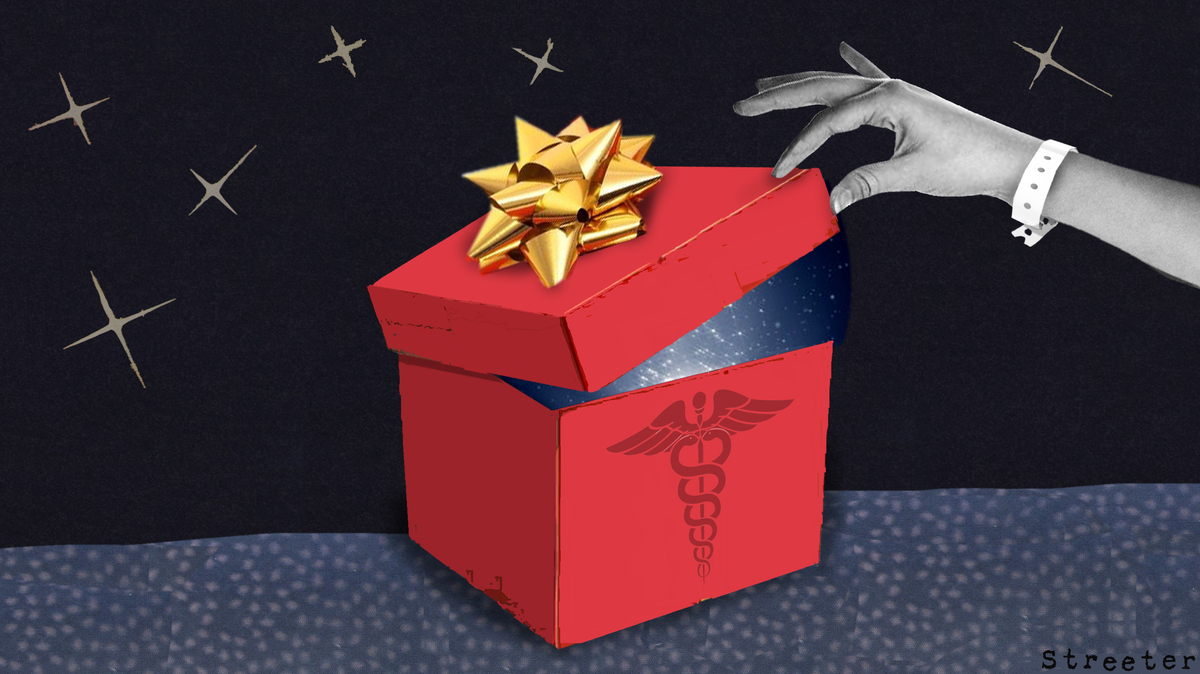 The holidays are here, bringing joy and, for some, wistful feelings.

Doctors are no different. Even for a profession that prides itself on scientific proof, the long nights of December afford ample opportunity for reflection and even doubt.

As we take stock of what we've accomplished and where we've failed to measure up, I find my scowling mask of medical skepticism falling away. I have to admit that there is so much wonder and mystery that science and medicine still can't explain.

Take Evelyn. Now in her late 70s, she has survived more than five years with advanced multiple myeloma, a kind of blood cancer. When her cancer was discovered, she agreed to undergo the usual chemotherapy treatment. At first it went well, shrinking her tumors and improving her blood counts.

But after her second round of treatment, her legs started swelling, her nerves began to burn, and she rapidly lost weight. Her ability to care for herself dwindled. She chose to forgo further cancer treatment. The cancer specialist told her that without it she would be dead within months.

That was four Christmases ago.

She still has myeloma, throughout her body. But it hasn't slowed her down. Her oncologist can't explain it. He sees her every three months to check her blood count, and offers her more chemo. She politely declines. When she comes to my office, we just chat. I can't even persuade her to get a flu shot.

Evelyn's story echoes a more mystical one from the book Kitchen Table Wisdom by Rachel Remen. In this story a patient at Memorial Sloan-Kettering Cancer Center in New York has exhausted all the medicines known to treat his cancer. Scans show tumors all over his body, even penetrating his bones. Then, miraculously, his cancer just goes away — a mysterious phenomenon some call "spontaneous remission."

We know very little about spontaneous remission except that it's extremely rare. Most doctors refrain from mentioning it to avoid giving false hope to patients. But the allure is undeniable.

Several oncologists told me that they'd heard of the phenomenon, but never seen it themselves. University of Pennsylvania oncologist Ursina Teitelbaum had a completely different view. "A miracle for me is a peaceful death not in a hospital with your family and loved ones around," she told me. "It's sad that this is still too often a miracle."

I explored the theme of hope and miracles with my colleagues, asking them for other unexplainable medical stories.

A couple of them stood out, such as the story of Ian Haines, a beloved Australian oncologist who had a massive heart attack at age 57 while walking to his car. If not for a hospital orderly in the right place at the right time, Haines would have died and his grateful patients would have only his memory. He's made a full recovery and just celebrated the what he calls "the third birthday of his new life."

Another colleague, who practices at a prestigious academic medical center, trains residents and medical students to use data and statistics to make better clinical predictions. Forecasting how a particular patient will fare is something that doctors don't do particularly well.

That's why she tried to temper her parents' expectations when her older brother's alcoholism caused his liver to fail.

"In my family, I play the doctor and the daughter," she told Shots. Her brother was admitted to the hospital because of florid jaundice — which turned him as yellow as a tennis ball — and mental confusion. Using a medical calculator to score his degree of liver failure, she concluded that he'd be at the top of the liver transplant list if his organ failure were from another cause. Alcoholism rendered him ineligible, however.

My friend's mother, whom she describes as "very spiritual," seemed to take the news in stride, never wavering in her faith that her son would get better. Based on the scoring tool many doctors use, my friend calculated a 95 percent likelihood that her brother would be dead within six months. Everything she's seen clinically over her career corroborated this statistical prediction.

Her brother was discharged from the hospital, essentially to go home and die.

But he has staged a remarkable and completely unexpected recovery.

Two months later, his jaundice is gone, his mental status has cleared, and his liver tests are normal. So far he hasn't picked up another drink.

My friend has seen her data-centric, skeptical view of the world turned on its head. "I have no explanation," she told me. "It seems like there must be something else at play."