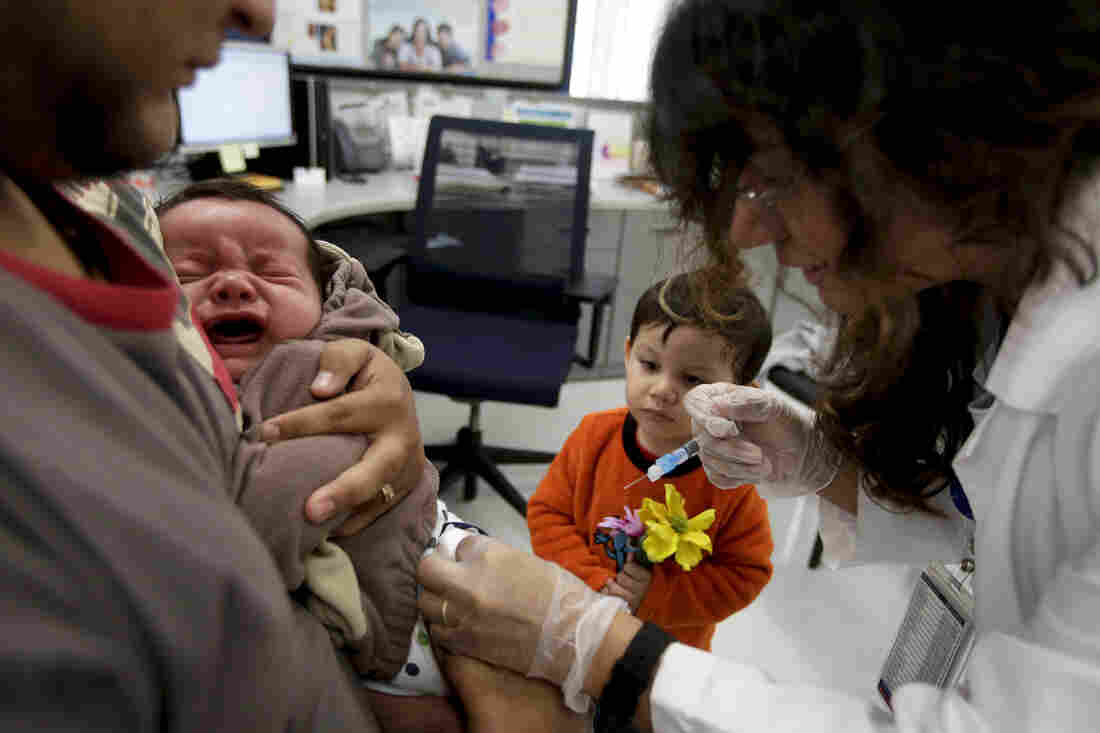 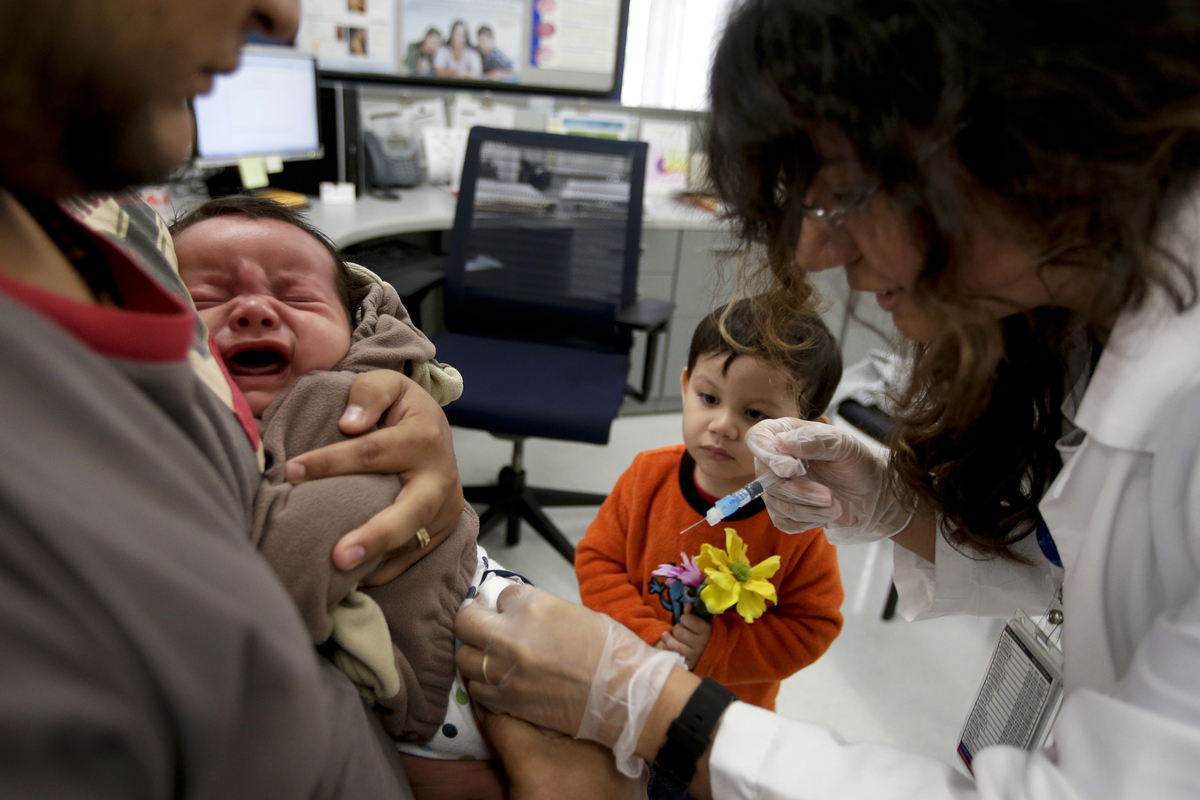 California is battling the worst whooping cough epidemic in 70 years.

Nearly 10,000 cases have been reported in the state so far this year, and babies are especially prone to hospitalization or even death.

Six of 10 infants who have become ill during the current outbreak are Latino. There's no conclusive explanation, but there are a few theories that range from Latino cultural factors to a lack of health insurance.

"Hispanics have larger household sizes, and there may be cultural practices around visiting new infants that increase the number of contacts," says Dr. Gil Chavez, deputy director of California's department of public health.

Babies can't get their first dose of the vaccine until they are two months old. Some adults may be infected and not know it. The more siblings and extended family members that babies live or visit with, the more exposure they may have to whooping cough.

"Aunts, uncles, grandparents who may not have had a booster shot, they may be passing it on that way," says Michael Rodriguez, a family physician at UCLA.

However, he points out that several other ethnic groups have large family sizes or live together because financial resources are limited. These factors alone can't explain why Latino babies are disproportionately affected, he says.

"It really speaks to the lack of access to health insurance that's particularly predominant within the Latino community," says Sarah de Guia, executive director of the California Pan-Ethnic Health Network, an advocacy group.

Latinos make up 62 percent of the uninsured, she says, either because they can't afford to pay for health insurance, or because they're afraid that signing up for coverage will expose family members who aren't lawfully present in the U.S.

Many parents who entered the country illegally are afraid they will be discovered and deported if they enroll their children, who are legal immigrants or citizens, into government coverage, such as Medicaid.

"That's the primary reason why people are not getting the preventive care that they need," she says. "And then that impacts everyone."

Whooping cough is cyclical in nature and tends to peak every three to five years. The last outbreak of the disease in California was in 2010.

But doctors are discovering that immunity from the current vaccine may be wearing off on a similar timeline. Medical recommendations suggest booster shots after eight years, but doctors are seeing kids who received a booster three years ago getting sick. Public health officials are considering an update to the recommendations to account for the dip in immunity seen after three years.

Plus, many kids in some areas aren't getting vaccinated at all. The highest rates of whooping cough are found in the Bay Area counties of Sonoma, Napa and Marin, which also have some of the highest rates of parents who opt out of vaccinating their children.

Doctors believe these kids are the root of the current and recent epidemics.

"We had a lot of unvaccinated children that acted as the kindling to start an outbreak," said Dr. Paul Katz, a pediatrician at Kaiser Permanente in San Rafael. "Those children were able to infect all the other children who were vaccinated but were too early for a booster –- they became the rest of the wood to start the fire."

All of these factors combine to put babies at risk, especially babies who are not old enough to be vaccinated.

And if Latino children and adults don't have health coverage, they are less likely to be visiting the doctor regularly and getting their booster shots, says Rodriguez.

California's public health department has done some outreach to encourage pregnant women to get vaccinated in the third trimester, in order to pass immunity on to the fetus. But little outreach has been done in Spanish, and most materials are distributed directly to doctors' offices. Latinos aren't likely to see that information if they don't have insurance and aren't going to the doctor.

Advocate Sarah de Guia says more work needs to be done so pregnant women –- and adults -– in Latino communities know they need to update their vaccinations.

"It's important for public officials to provide culturally and linguistically appropriate outreach to make sure people are getting the message in their language, and in a way they will understand," she says.