Accessibility links
Costly Hepatitis C Drugs Threaten To Bust Prison Budgets : Shots - Health News Inmates in the U.S. have a high rate of infection with chronic hepatitis C — up to 35 percent or more by some estimates. New drugs introduced this year can cure the disease quickly, but at a cost. 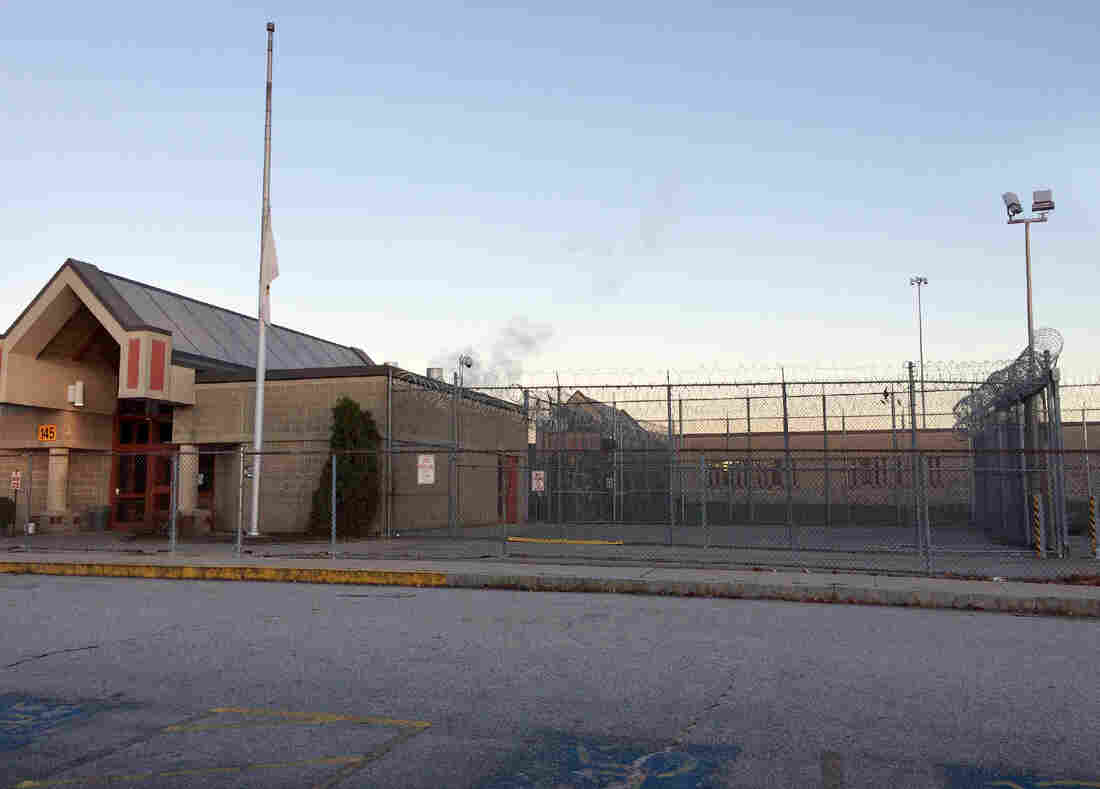 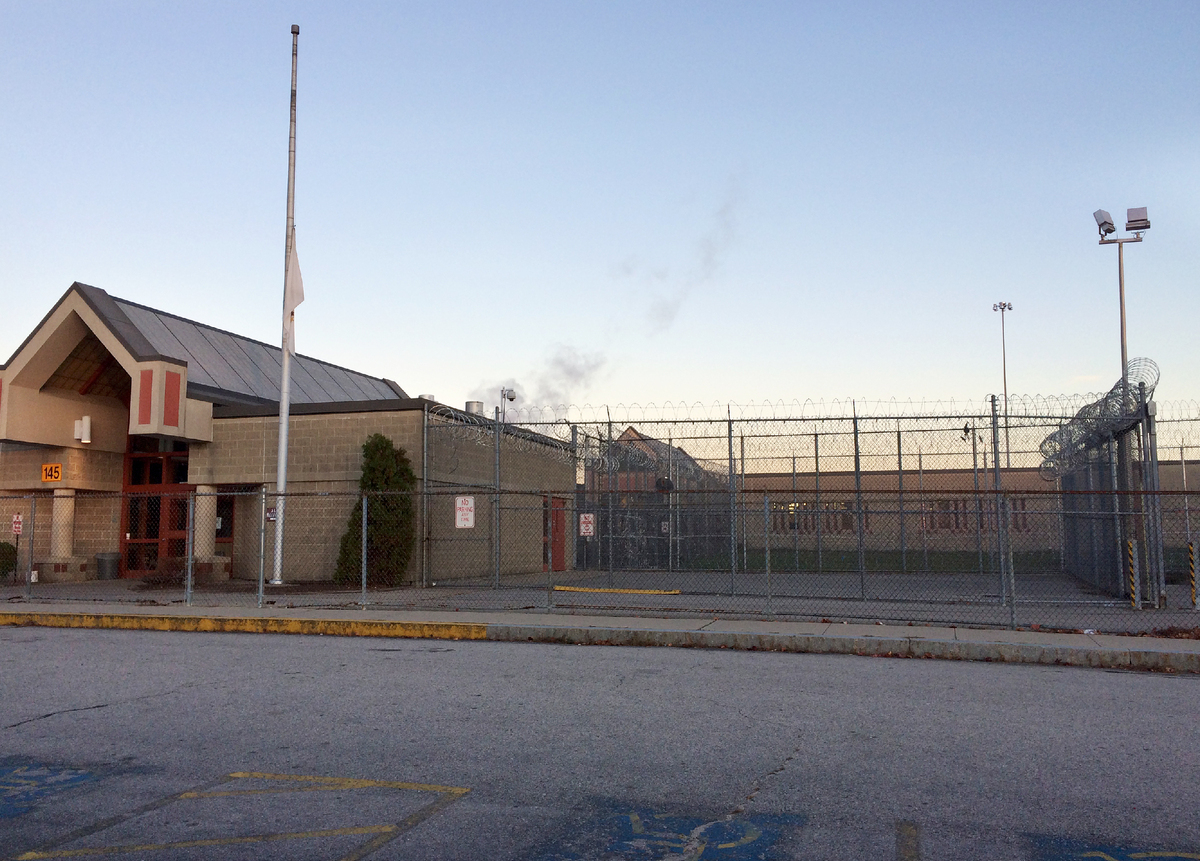 Dr. Michael Poshkus treats inmates with hepatitis C at the John J. Moran Medium Security facility in Cranston, R.I. Some 12 to 35 percent of inmates nationwide are afflicted with the chronic liver disease.

Until recently, their only treatment option was a weekly injection in the stomach for at least a year. It worked less than half the time and caused debilitating side effects. But everything has changed.

"The advent of these new treatments for hepatitis C came like a monsoon on a calm summer day. We didn't see it coming."

A.T. Wall, director of the Rhode Island Department of Corrections

Drug maker AbbVie won FDA approval Monday for a new hepatitis C treatment that combines several drugs and can cure the disease in a matter of weeks or a few months. The news caps a year of medical milestones for the estimated 3.2 million Americans (including 12 to 35 percent of prisoners) who are chronically infected with this viral liver disease. Yet most of the hepatitis C drugs to hit the market this year cost tens of thousands of dollars. That puts them out of reach for many inmates and threatens to break prison health care budgets.

On a recent day, a Moran inmate named Louis shows up for his appointment with Poshkus and settles onto the exam table. NPR agreed to not use his last name in this story; Louis is worried that after he's released in 2017, he might not be able to get a job if people know his history.

Poshkus tells Louis his liver shows signs of damage from hepatitis C, but treating it now will prevent further damage. If a medical review committee from the prison approves his case, Louis will take a drug called Sovaldi. One pill a day for 12 weeks. 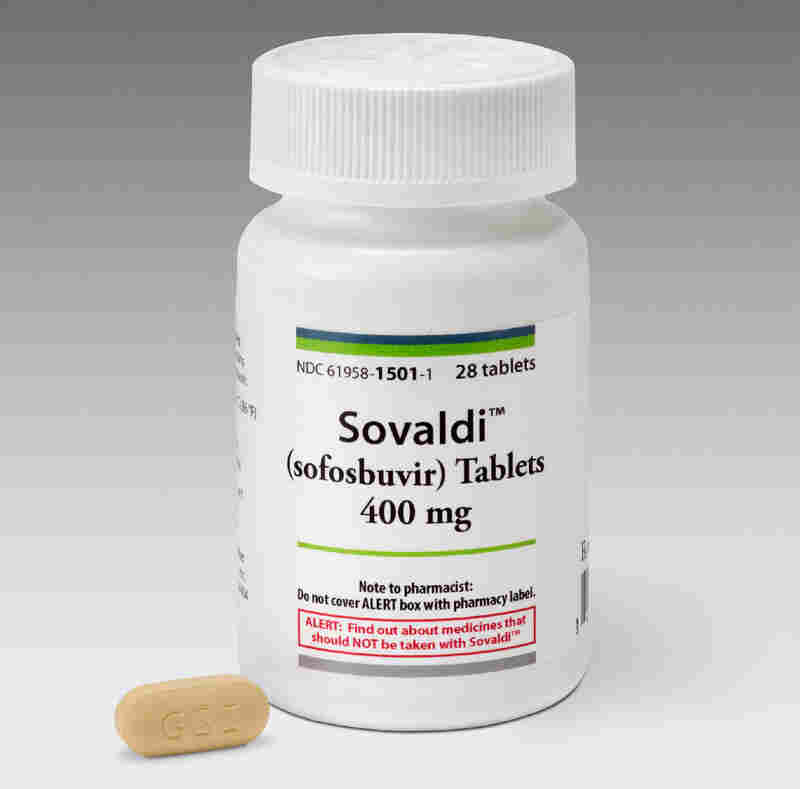 The hepatitis C medication Sovaldi, from Gilead Sciences, costs $1,000 per pill. It's just one of the new medications introduced in the past year that can cure the disease within weeks or months. Courtesy of Gilead Sciences via AP hide caption 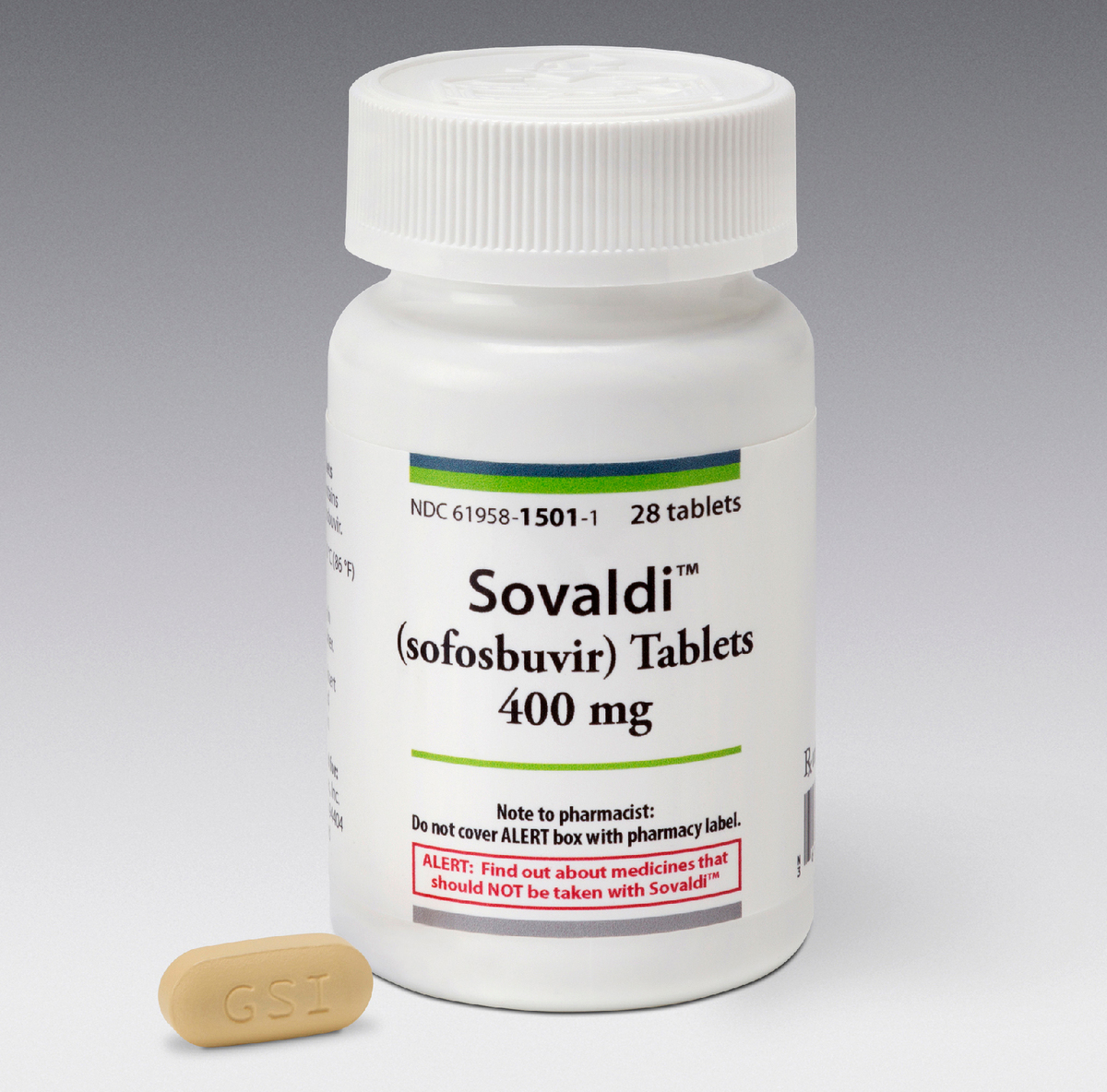 The hepatitis C medication Sovaldi, from Gilead Sciences, costs $1,000 per pill. It's just one of the new medications introduced in the past year that can cure the disease within weeks or months.

Courtesy of Gilead Sciences via AP

But each pill costs $1,000, and patients have to take it in combination with another expensive drug. The prison simply can't afford to treat everyone who is sick right now, so the review committee — made up of prison health officials and local doctors who specialize in treating hepatitis C — decides who will get the drug, prioritizing the sickest patients.

Louis figures that now that he's a candidate for the treatment, he'll be high on the list.

"It kind of brings tears to your eye, you know?" he says, "because, finally it's going to be over with."

Louis is 52, and he's served a lot of time for crimes he committed while dealing or doing drugs. He's had hepatitis C nearly half his life. He knows the treatment is expensive and that some taxpayers might not like the idea of footing a prisoner's bill.

"We are still somebody's father, daughter, mother," Louis says. "And time to time you will hear people say, 'Well, they're bad people,' this and that. But until it happens to somebody in their family, it's a different ballgame."

Besides, Louis asks, isn't it better to treat inmates while they're a captive audience? So many inmates already struggle with addiction, and if they end up shooting drugs and sharing needles when they get out, they could spread the disease to others.

But beyond the public health argument, there's a legal one. The Constitution guarantees prisoners the same medical care that's standard in the community. The trouble is, that standard of care changed practically overnight. A.T. Wall, director of the Rhode Island Department of Corrections, says he still hasn't figured out how to pay for it.

"The advent of these new treatments for hepatitis C came like a monsoon on a calm summer day," Wall says. "We didn't see it coming."

When Wall submitted this year's prison budget to Rhode Island's General Assembly, he didn't know the new hepatitis treatment would cost nearly $150,000 per inmate. Now he faces some impossible math: Hundreds of inmates under his care have hepatitis C, many with advanced liver disease. But his entire health care budget barely tops $19 million.

Prisons across the country are facing the same dilemma, according to Rich Feffer of the National Hepatitis Corrections Network, a group that advocates better hepatitis prevention, testing and treatment in prisons and jails. Most facilities, Feffer says, are simply waiting for something to give.

"Even in systems where those drugs are being used, there are still tight controls on access," he says, "and they're not being used in a wide variety of people or universally, by any means."

Treating these inmates could make a big dent in the epidemic, Feffer says. Finding the money to do it is another story.

This story by Kristin Gourlay was produced as part of her National Health Journalism Fellowship, a program of the University of Southern California's Annenberg School of Communication and Journalism.