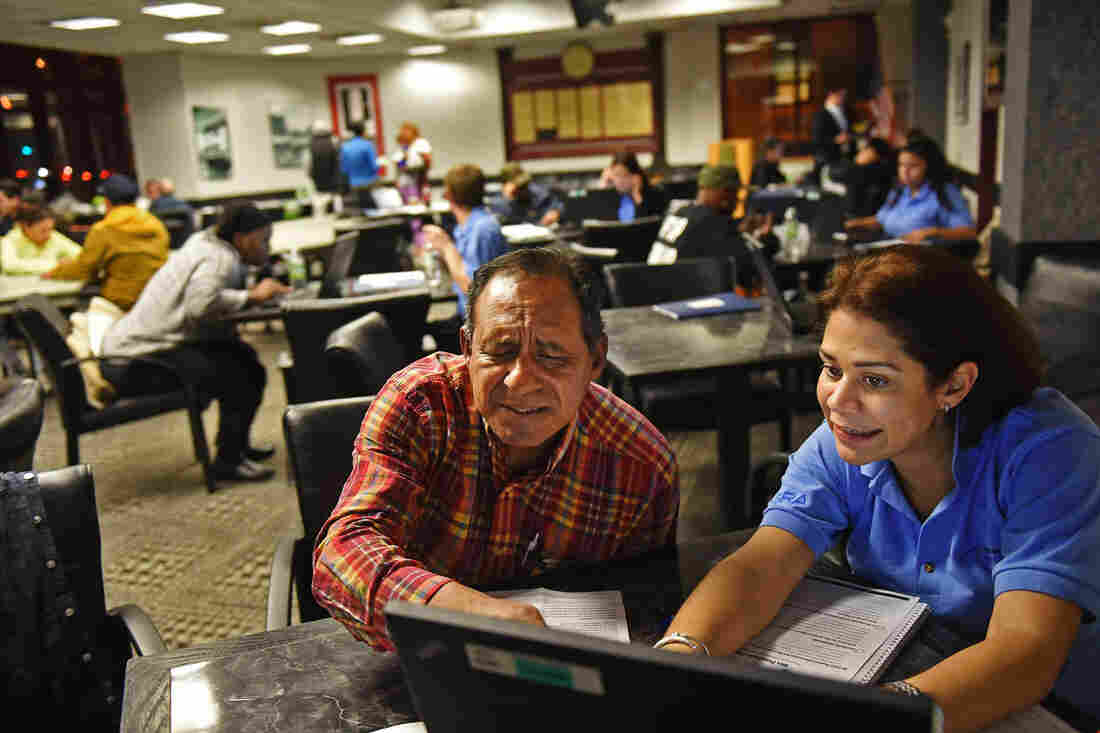 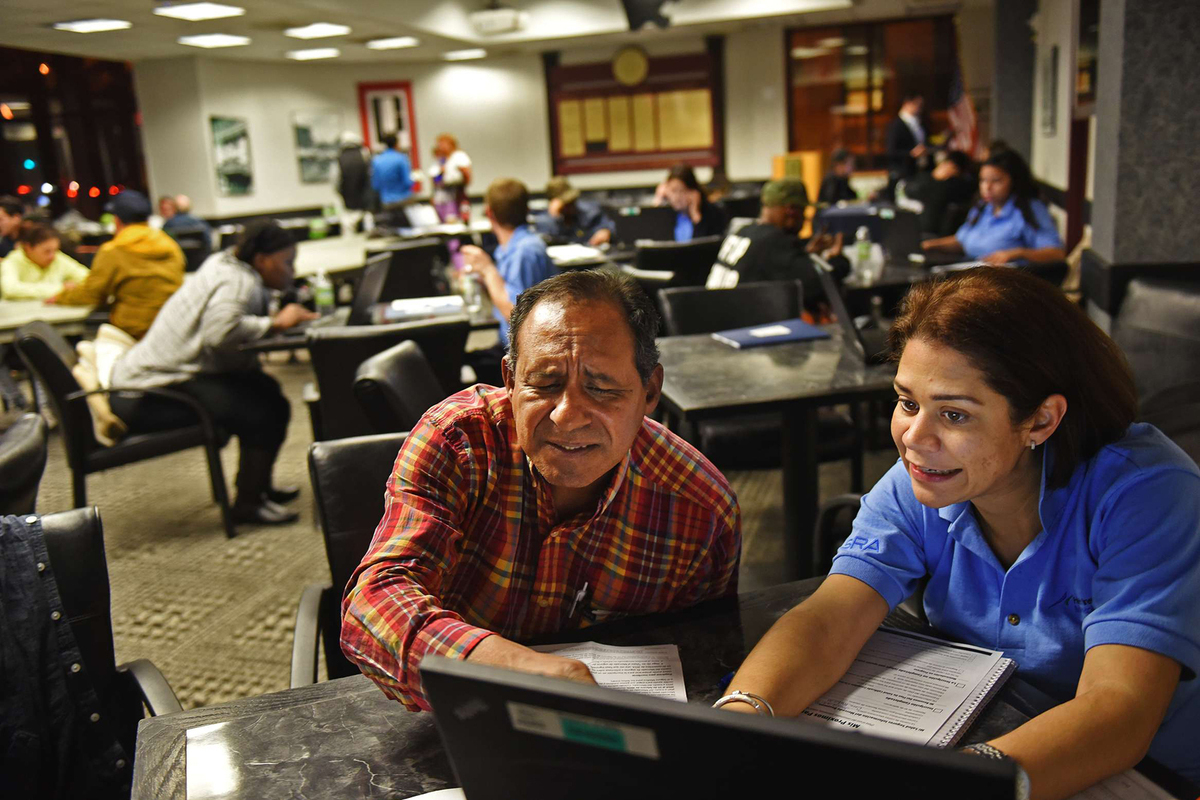 This time last year, federal officials were scrambling to get as many people enrolled in health insurance through HealthCare.gov as they could before the start of the program on Jan. 1.

Now, with the technical problems mostly fixed, they're facing a different problem: the possibility that the Supreme Court might rule that the subsidies that help people afford coverage are illegal in the 37 states where the federal government is running the program.

At a news conference Tuesday, Health and Human Services Secretary Sylvia Burwell mostly focused on the good news, and tried to brush off the potential problem.

"The law of the land is that ... those subsidies are available and people are shopping. They are coming in; they are getting affordable care. ... We believe we have a position that will prevail."

"Through Friday, Dec. 19, nearly 6.4 million consumers selected a plan or were automatically re-enrolled into their current plan or one with similar benefits," she told reporters. "More than 1.9 million signed up for the first time."

The deadline for this year's open enrollment is mid-February, Burwell noted, adding, "We still have a ways to go and a lot of work before Feb. 15. But we do have an encouraging start."

Of the people nationwide who enrolled in Obamacare for 2014 and are now re-enrolled, the percentage that registered with the website to either renew their old plans for the next year or change to a different one is "somewhere in the mid- to high-30s" Burwell said.

Most of the rest were automatically re-upped for the same plan, though about 2 percent of policyholders, she said, could not be auto-renewed because their plan had been discontinued and there was no similar one. Those people, as well as anyone who was auto-renewed, can still change plans until Feb. 15.

Many people will find it financially advantageous to switch plans for a variety of reasons. In some places there are now more plans to choose from than last year. Premiums may have changed in other cases, or a change in the enrollee's financial circumstances may change the amount of subsidy for which he or she is eligible.

But Burwell steadfastly refused to answer questions about whether her department is making contingency plans in the event that the Supreme Court rules that subsidies are not available in the 37 states where HealthCare.gov is operating the insurance exchange. The court announced earlier this week that it would hear oral arguments in the case, King v. Burwell, on March 4.

"The law of the land is that where we are right now is, those subsidies are available and people are shopping. They are coming in, they are getting affordable care," Burwell said. "We are focused on open enrollment, and we are focused on a position where we believe we have a position that will prevail."

The plaintiffs in the case argue that Congress intended to make subsidies to purchase insurance available only in exchanges that were "established by a state." That does not include the federally run exchange, the plaintiffs say.

In contrast, backers of the law (including most of the Democrats who wrote it) say the wording was awkward, but the law always intended to make the subsidies available to all, regardless of whether an exchange was run by a state or federally run.

If the Supreme Court rules that subsidies are not available in the federal exchange, it could prompt millions to drop coverage because their insurance would become immediately unaffordable. That, in turn, could leave in the insurance pool only those who need insurance most — eventually raising rates prohibitively.