Accessibility links
Can Connecticut Force A Teenage Girl To Undergo Chemotherapy? : Shots - Health News A 17-year-old says she doesn't want to undergo treatment for Hodgkin lymphoma, but her doctors and the state say she will die without it. The Connecticut Supreme Court is hearing the case. 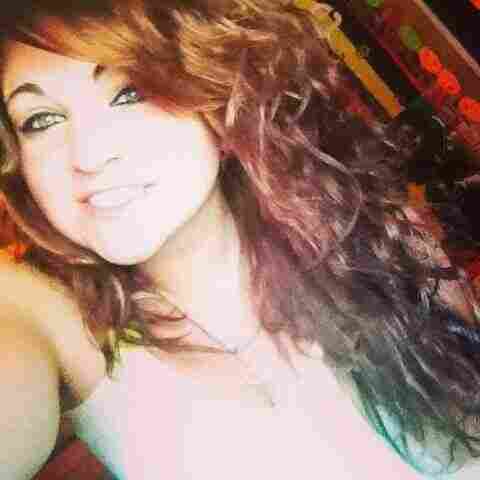 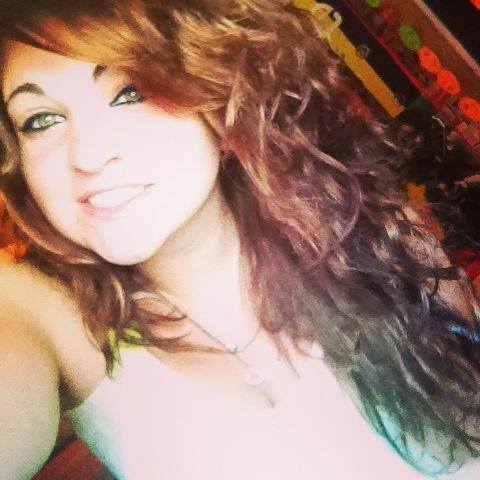 Update at 3:05 ET: The Connecticut Supreme Court ruled unanimously Thursday afternoon that the state can require Cassandra to continue treatment.

Her mother, Jackie Fortin, said she's disappointed by the decision. "She knows I love her and I'm going to keep fighting for her because this is her decision," Fortin said. "I know more than anyone, more than DCF, that my daughter is old enough, mature enough to make a decision. If she wasn't, I'd be making that decision."

A 17-year-old Connecticut girl recently diagnosed with cancer has been removed from her home after refusing to undergo chemotherapy.

The girl, named Cassandra, is now in the custody of child welfare authorities and is being forced to undergo cancer treatment. The state Supreme Court is taking up her case Thursday to weigh whether she's mature enough to make her own medical decisions.

Cassandra is Jackie Fortin's only child. Fortin has been a single mother for Cassandra's entire life. Until last month, they lived together in Windsor Locks, Conn. Fortin says this is the first time they've been separated.

"Nobody, whether it's her age or an adult, should ever have to go through this by herself," she says.

For the past month, her daughter has been held at a local hospital, undergoing chemotherapy treatment against her wishes. A court gave the state Department of Children and Families temporary custody of Cassandra, as well as the authority to make medical decisions for the teen, after doctors reported Fortin for neglect. Court papers document missed appointments and arguments with doctors over her daughter's diagnosis.

But Fortin says it's her daughter's right to refuse chemotherapy, saying she doesn't want to poison her body.

"This is not about death," Fortin says. "My daughter is not going to die. This is about, 'This is my body, my choice, and let me decide.' "

But Cassandra's doctors say that without treatment, she will die. They testified in previous hearings that Hodgkin lymphoma, a cancer of the lymph system, is lethal without the recommended treatment. With treatment, she has an 85 percent chance of survival.

Kristina Stevens, an administrator with Connecticut's DCF, says the doctors' medical opinions prompted the state to get involved.

"We had the benefit of experts who could tell us with great clarity if in fact we don't do something, if the system doesn't react and respond, this child will die," Stevens says.

Cassandra is just eight months away from turning 18. Joshua Michtom, one of her attorneys, says this adds another complicated layer to the case.

"The general rule for adults is that you can say no to treatment no matter how life-saving it may be," Michtom says. "You can say no even to helpful treatment. If she were 18, no matter what anyone said, it would be her choice to make."

Her attorneys say maturity doesn't just develop at a certain age. They'll argue that Connecticut should adopt the mature minor doctrine, which allows courts to consider evidence on whether a teen is competent to make health care decisions.

This is the first time a case like this has come up in Connecticut, but other states have considered the question. Michtom points to Illinois and Maine as two states where courts decided that even though teenagers who weren't yet 18 had refused treatment or didn't want to be kept alive artificially, there was evidence to show they were mature enough when they conveyed their wishes.

That's Fortin's hope for her daughter. She says the state has ripped apart a normal family and turned their lives into a nightmare.

"I've never been in the system, never had a problem, nothing," Fortin says. "And all of a sudden we have a medical situation and now I'm being deemed as the bad mother."

Connecticut's Supreme Court has promised to rule quickly, but that doesn't mean the justices will decide whether Cassandra can refuse life-saving treatments.

Instead, it could send her case back to a lower court, giving her attorneys a chance to call on mental health experts to prove the teen is competent to make her own medical decisions.

Otherwise, she'll remain in DCF custody and continue treatment until at least September. That's when she turns 18.