Accessibility links
Breaking Up Is Hard To Do, But Science Can Help : Shots - Health News When your friends say it's time to stop wallowing in despair and move on, you can say that reflecting on a recent breakup can speed recovery. Oh, and maybe some Taylor Swift.

Breaking Up Is Hard To Do, But Science Can Help

Breaking Up Is Hard To Do, But Science Can Help 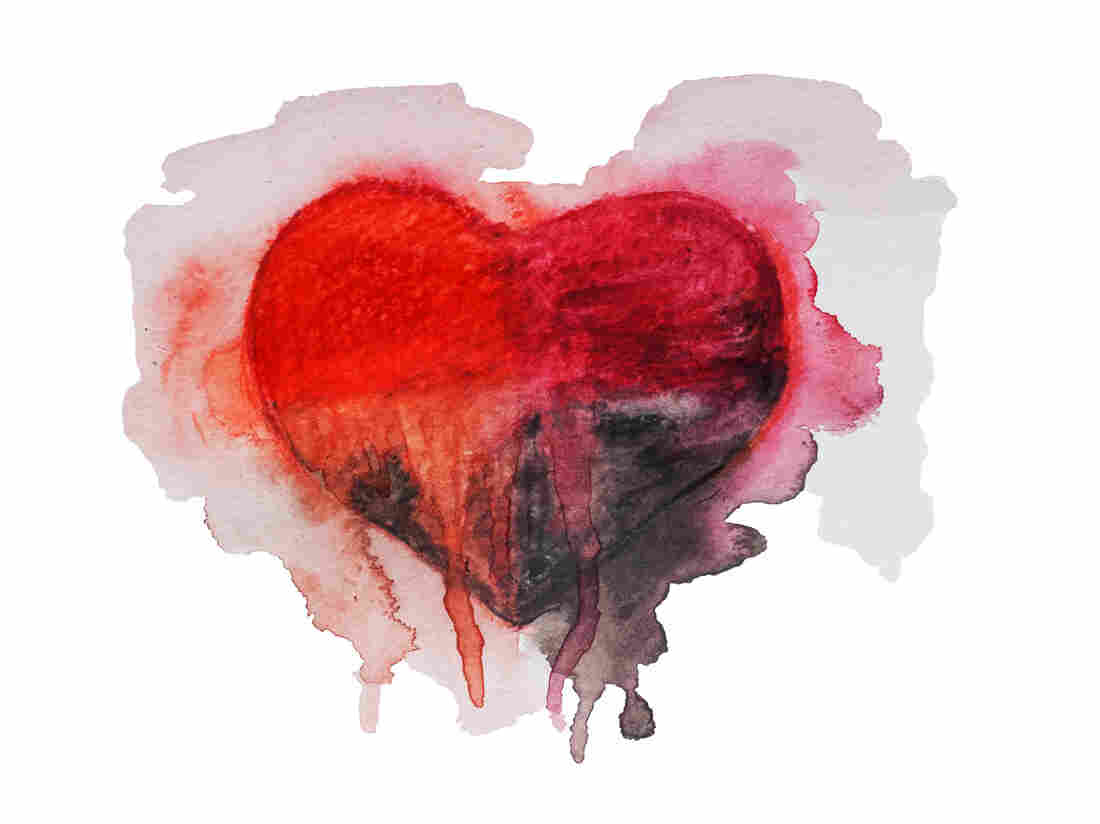 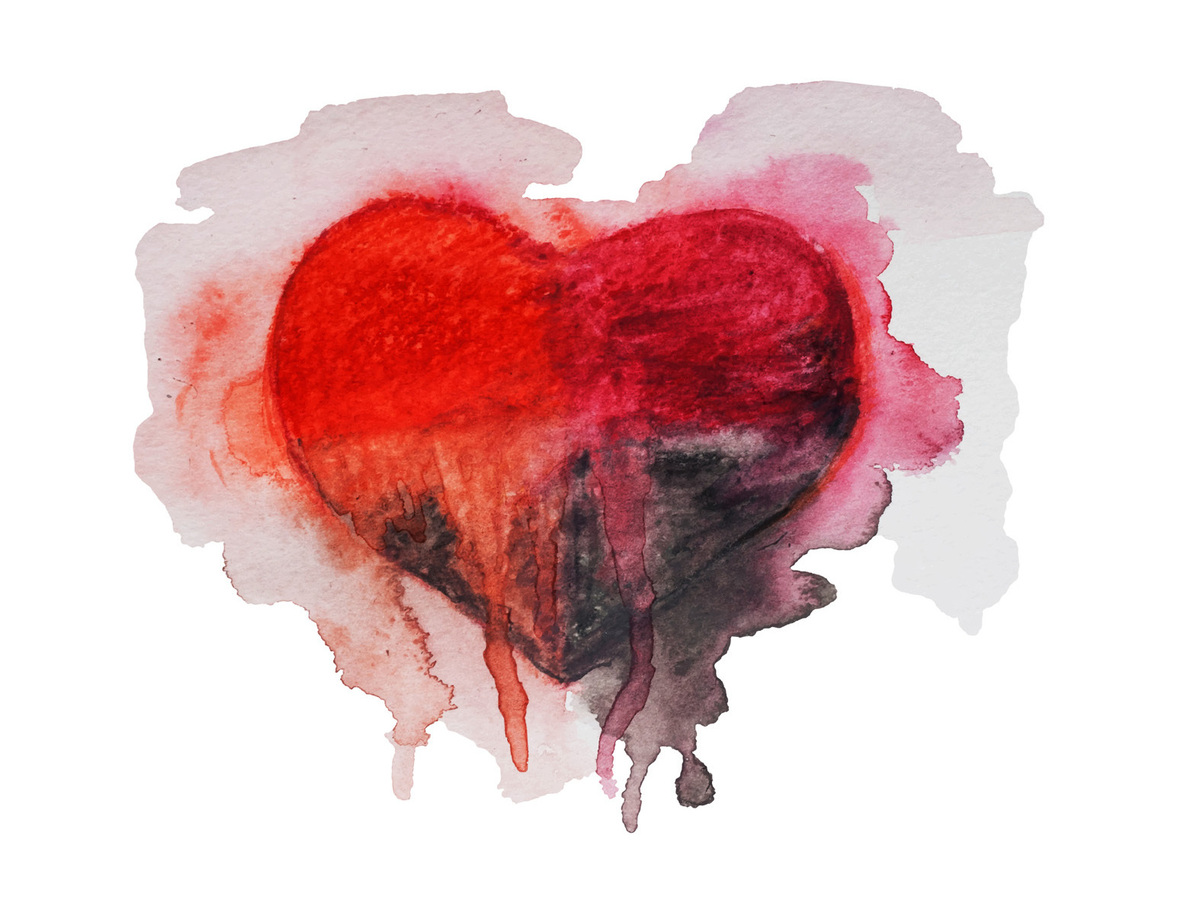 My boyfriend and I were together for over three years, and then we weren't. The days after the breakup involved lots of crying, and an embarrassing amount of Taylor Swift.

A couple of weeks later, once I was able to will myself out of sweatpants, my friend Eric — who was also coping with a breakup — came over for some IPAs and, of course, Taylor Swift singalongs.

We commiserated about how much life sucked, how lonely we felt and how we were losing sleep. We discussed what was wrong in each of our relationships and what was right.

"I hope talking about this so much isn't bringing you down," I told Eric.

"No, this actually really helps," he said.

It turns out we were on to something. Last week I came across an intriguing bit of research in the journal Social Psychological and Personality Science. While too much wallowing after heartbreak isn't a great idea, the study found that reflecting on a recent breakup can help speed the healing process.

See, Grace Larson, a graduate student in social psychology at Northwestern University, had been studying heartbreak for years when she began to wonder whether by asking study participants to rehash the painful details of their breakups, researchers like herself were hindering their recovery.

"Maybe science could tell me exactly what I needed to do to be able to move on and stop feeling so lost and sad and hurt."

So she rounded up 210 young volunteers who had recently experienced heartbreak, and had half of them come into the lab regularly to answer questions about their breakup over the course of nine weeks. The other half completed just two simple surveys, one at the beginning and one at the end of the study.

The first group fared better. Answering the researchers' questions helped these people better process their breakup and, Larson tells Shots, "it helped them develop a stronger sense of who they were as single people." That in turn helped them feel less lonely.

For me, Larson's research led to another revelation: that there existed a sizable body of research on how to cope with heartbreak. Maybe science could tell me exactly what I needed to do to be able to move on and stop feeling so lost and sad and hurt. So I put down my copy of Cosmo and began scouring psychological journals.

Heartache Really Is A Pain

First, I found out that heartache really does ache. In a 2011 study, researchers had participants look at photos of their ex-loves while monitoring these people's brain activity. They found that parts of the brain usually associated with physical pain had lit up. (Thankfully, another study found that taking a Tylenol might help buffer against such pain.)

That's why moving on isn't just a mental exercise; it's physical as well. Studies have found that people in long-term relationships tend to regulate each other's biological rhythms. A breakup can throw your entire physiology out of whack, disrupting your sleep, appetite, body temperature and heart rate. The stress of a divorce can compromise your immune system.

All this shows, Larson says, that "after a breakup, people are going to have to put in a little extra effort to keep themselves physically healthy."

Then you can start addressing the mental fallout.

"When a relationship ends, that really messes with your sense of who you are," Larson says. "You may think, 'Who am I now that I'm not Mike's or X or Y's girlfriend?' "

That's why, in Larson's study, talking about the breakup helped. "I think that it's possible that coming into the lab and answering these questions reminded them of their new status as singles," Larson says.

Young And In Love? Thank Mom And Dad, At Least A Little

A growing body of research suggests that regaining a clear sense of self after a breakup is the key to moving on.

And though calmly reflecting on a breakup may help, dwelling on it doesn't, says David Sbarra, a psychologist at the University of Arizona who co-authored the study with Larson.

While it's tempting to think that getting back together will end the suffering, it may be better to adopt T-Swift's mantra of "We are never, ever, ever getting back together." And though some couples are able to make up after a breakup, research suggests that on-again off-again couples tend to be less satisfied in their relationships.

Still, adapting to being alone after a breakup is not easy.

"So much of who our friends are and how we spend our time revolves around who we're dating or who we're married to," says Sbarra. "When the relationship ends, all of those variables get disrupted." Revisiting old friendships and interests can help, as can taking up new activities.

The Bad News And The Good

The bad news: Scientists have yet to find a quick and easy antidote for a broken heart. Recovering is going to take time, and it's probably going to suck.

In fact, one small study found that under an MRI scanner, the brains of the heartsick can resemble the brains of those experiencing cocaine withdrawal. The researchers theorize that this may explain why some of us feel — and act — a bit crazy after a bad breakup.

Of course, it's best to at least try not to stalk your ex on Facebook or text him a bunch of times, Sbarra says, "because that's just going to bring you more pain." But blaming yourself for the breakup or for the way you're reacting to it isn't a good idea either.

"The only thing to do is to ride the emotion out," Sbarra says.

But there's good news, too: Getting over a breakup isn't going to be as painful as you probably think. While no one can say exactly how long it'll take you to get over an ex, research shows that most people overestimate the amount of time it'll take to recover.

"Your romantic relationships are supposed to be one of the fundamental sources of happiness and joy in your life. If a relationship isn't working, don't be afraid to break it off."

"I'm a little bit more pro-breakup than most people," says Gary Lewandowski, a psychologist at Monmouth University and co-founder of a blog called Science of Relationships.

Lewandowski's research backs up what Friedrich Nietzsche (and my mother and pretty much every pop song about breakups) have been saying all along: "That which doesn't kill us makes us stronger."

A 2007 study by Lewandowski his colleagues was one of the first to focus on the plus side of breakups. Most of the young adults who the researchers interviewed said the breakup had helped them learn and grow and that they felt more goal-oriented after splitting up.

Upset Men And The Happy Women Who Love Them

Coping with breakups can help people realize how resilient they are, Lewandowski says, and that can be empowering.

"I often tell my students, your romantic relationships are supposed to be one of the fundamental sources of happiness and joy in your life," he adds. "If a relationship isn't working, don't be afraid to break it off."