Accessibility links
This Year's Flu Vaccine Is Pretty Wimpy, But Can Still Help : Shots - Health News The vaccine is only about 23 percent effective against the dominant flu strain, according to the Centers for Disease Control and Prevention. That's because the strain mutated slightly. 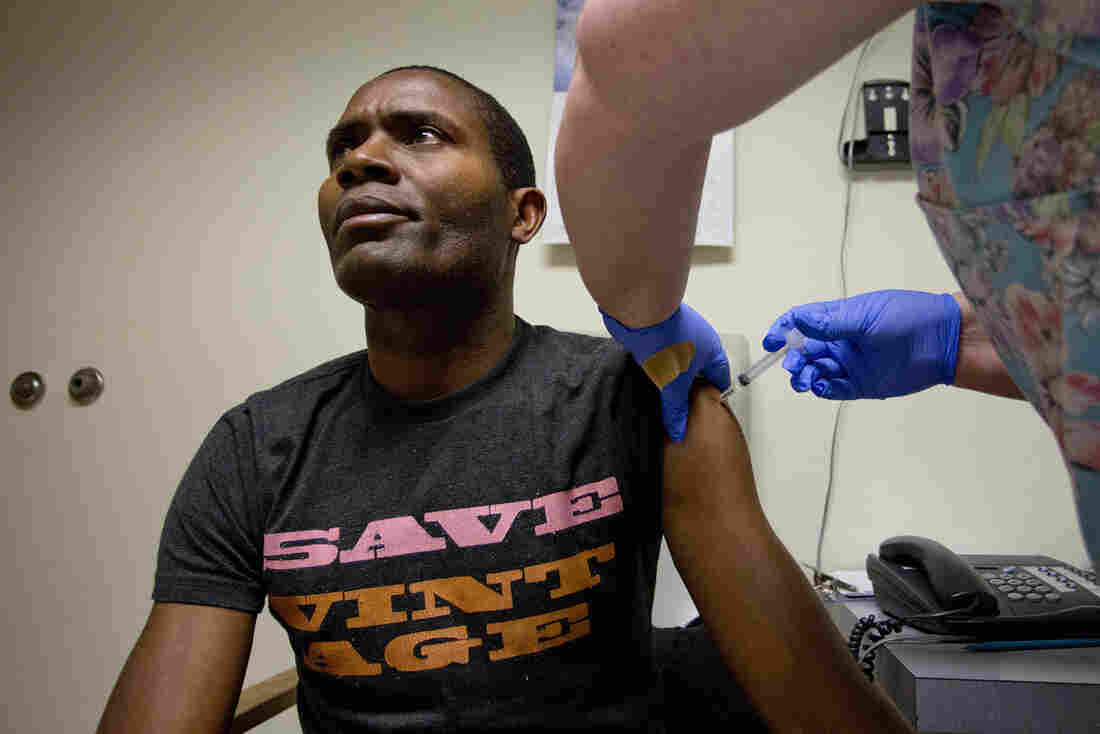 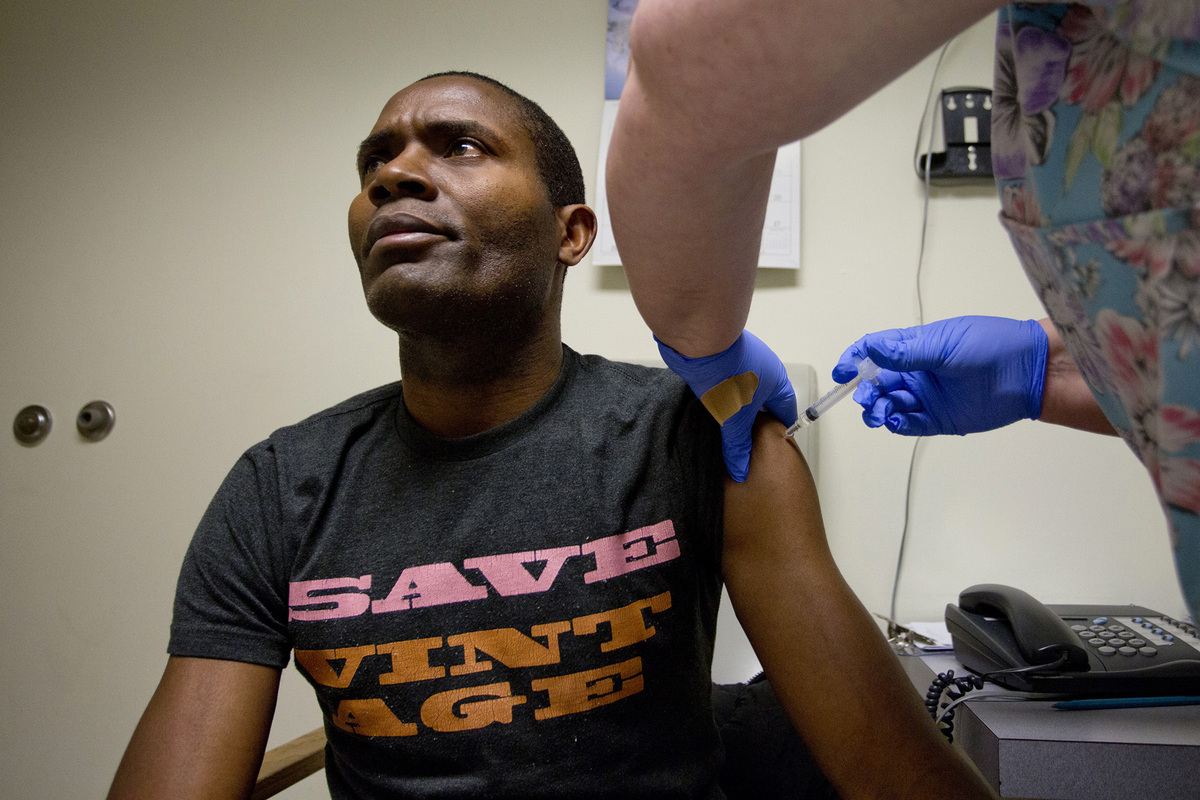 Bruno Mbango Enyaka gets his flu shot at a community health center in Portland, Maine, on Jan. 7.

As expected, this year's flu vaccine looks like it's pretty much of a dud.

The vaccine only appears to cut the chances that someone will end up sick with the flu by 23 percent, according to the first estimate of the vaccine's effectiveness by the federal Centers for Disease Control and Prevention.

The CDC had predicted this year's vaccine wouldn't work very well because the main strain of the flu virus that's circulating this year, known as an H3N2 virus, mutated slightly after the vaccine was created. That enables the virus to evade the immune system response created by getting vaccinated.

The effectiveness of the flu vaccine varies dramatically from year to year, but can be as high as 50 percent to 60 percent, the CDC says. So if the early estimate of this year's vaccine's effectiveness, reported in this week's Morbidity and Mortality Weekly Report, holds up, it would put the protection at the low end.

Nevertheless, the CDC and others are still urging people to get their flu shots because the vaccine does appear to work well against other, less common strains of the virus that are circulating, and they could become more common as the flu season progresses. We're about halfway through.

"The flu season is not yet over," said William Schaffner, an infectious disease expert at Vanderbilt University. "There are other less impressive strains that are out there making people sick, and against those strains the vaccine is actually on target. So it's providing partial protection."

The CDC has been predicting that this year could be a bad year for the flu because of the expectation that the vaccine wouldn't work very well and because H3N2 viruses tend to be pretty nasty. So the CDC has been urging doctors to be more aggressive about using antiviral drugs like Tamiflu and Relenza when their patients get the flu, especially those at high risk for complications.

"Physicians should be aware that all hospitalized patients and all outpatients at high risk for serious complications should be treated as soon as possible with one of three available influenza antiviral medications if influenza is suspected, regardless of a patient's vaccination status and without waiting for confirmatory testing," the CDC's Joe Bresee said in a statement.