Accessibility links
Sure You Can Track Your Health Data, But Can Your Doctor Use It? : Shots - Health News People use wearable gadgets and phone apps to monitor their health — everything from calories consumed to medication taken. But all that data doesn't necessarily translate into better health care. 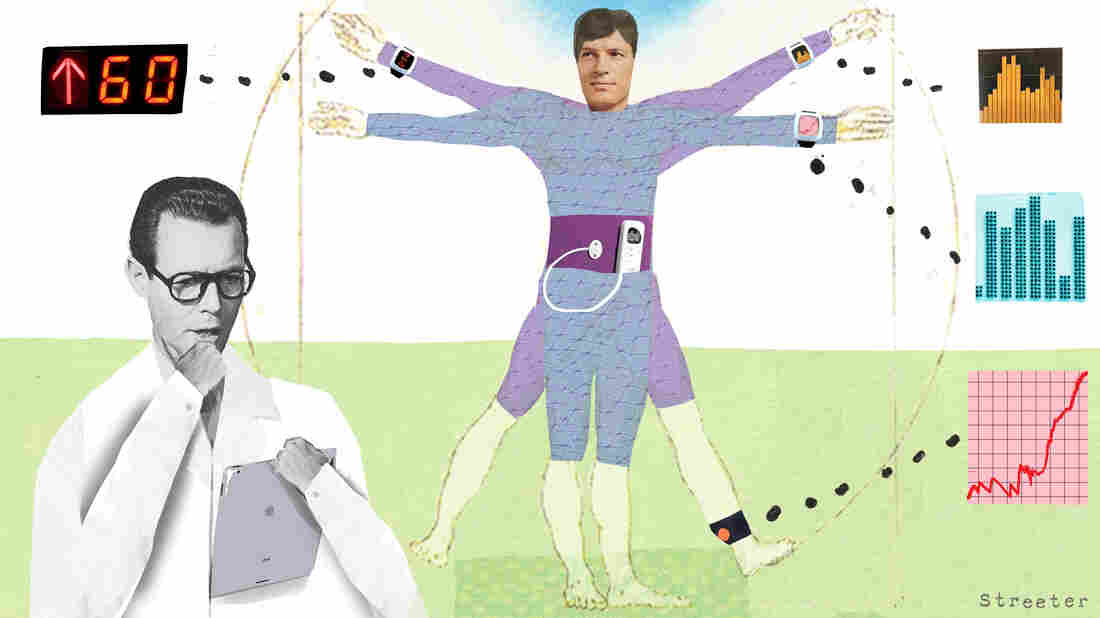 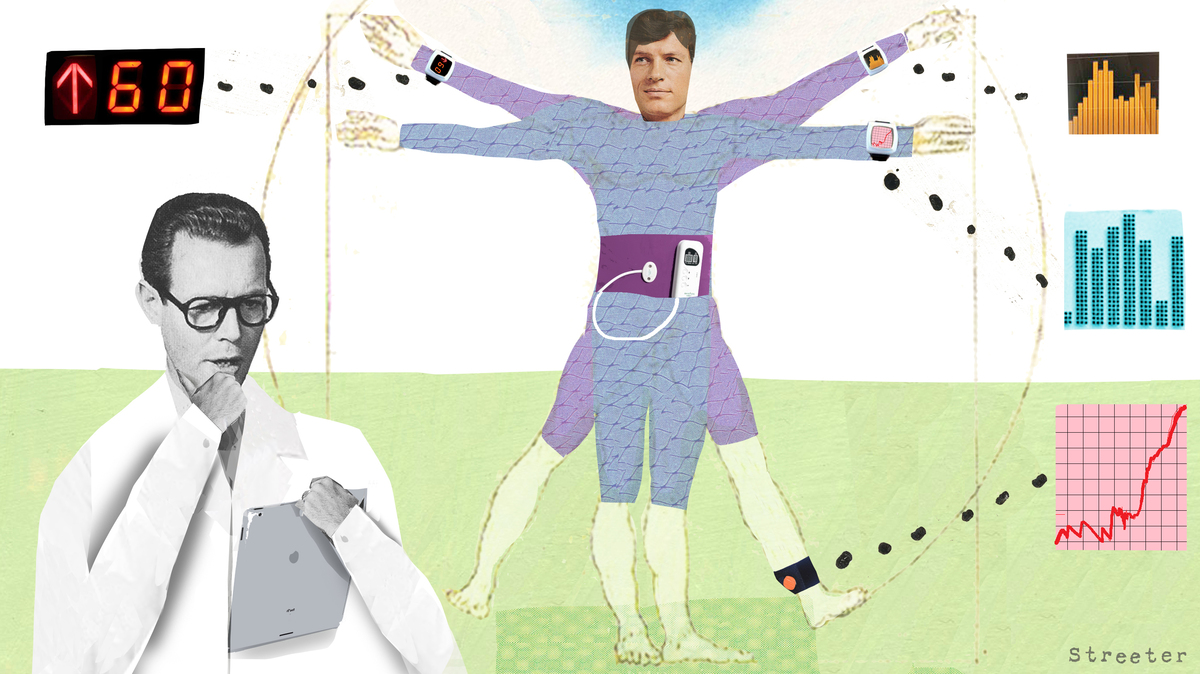 Dr. Paul Abramson is no technophobe. He works at a hydraulic standing desk made in Denmark and his stethoscope boasts a data screen. "I'm an engineer and I'm in health care," he says. "I like gadgets." Still, the proliferation of gadgets that collect health data are giving him pause.

Abramson is a primary care doctor in San Francisco and lots of his patients work in the tech industry. So it's not surprising that more and more of them are coming in with information collected from consumer medical devices — you know, those wristbands and phone apps that measure how much exercise you're getting or how many calories you're eating.

The "wearables" market is growing fast. Credit Suisse estimates it's already worth between $3 billion and $5 billion. Add to that nearly 50,000 health apps, and you have a booming new digital health industry aiming to transform health care in the same way Amazon took on publishing.

Abramson says all the information these devices collect can be overwhelming. One of his patients arrived with pages and pages of Excel spread sheets full of data — everything from heart rate to symptoms to medications. Abramson says he didn't know what to do with it all.

"Going through it and trying to analyze and extract meaning from it was not really feasible," he says.

To Abramson, the spreadsheets just didn't say all that much. "I get information from watching people's body language, tics and tone of voice," he says. "Subtleties you just can't get from a Fitbit or some kind of health app."

Despite this reluctance on the part of doctors, technology startups are actively trying to insert their products into the doctor's office.

"We can't make the leap that just because this data is coming in digitally that it's accurate."

Doctors get pitches from entrepreneurs almost daily, says Dr. Michael Blum, a cardiologist at the University of California, San Francisco. "Their perspective is, 'You old doctors have kept things the same as they are for 50 years. We've got new technology and it's going to disrupt health care,'" he says.

Don't get him wrong. Blum thinks health care needs an update, for sure.

The problem is, just because a device looks shiny and new doesn't mean it's useful. FitBits and Apple Watches aren't regulated by the Food and Drug Administration. In fact the FDA doesn't intend to regulate what it calls "low-risk devices" that are only intended to promote general wellness, like weight loss, physical fitness or stress management. Only medical devices that are intended for use in the diagnosis or treatment of disease need FDA approval.

Blum says, "We can't make the leap that just because the data from these low-risk devices is coming in digitally doesn't mean that it's accurate." He says validation studies are needed.

Often that task falls to doctors and hospitals. At UCSF, Blum now heads an entire new department created to sort out which technologies are game changing and which are dead ends.

Other health care groups are following suit, running pilot studies that give devices to people with certain illnesses to see whether they help.

Bret Parker is taking part in one such study for Parkinson's disease. He's 46 years old, lives in New York City and has blogged about his illness. "When I heard there was a trial that involved a wearable that would help me better manage my symptoms and my condition, I said to myself, 'Well, that's a pretty cool thing. I've got to try that.' " 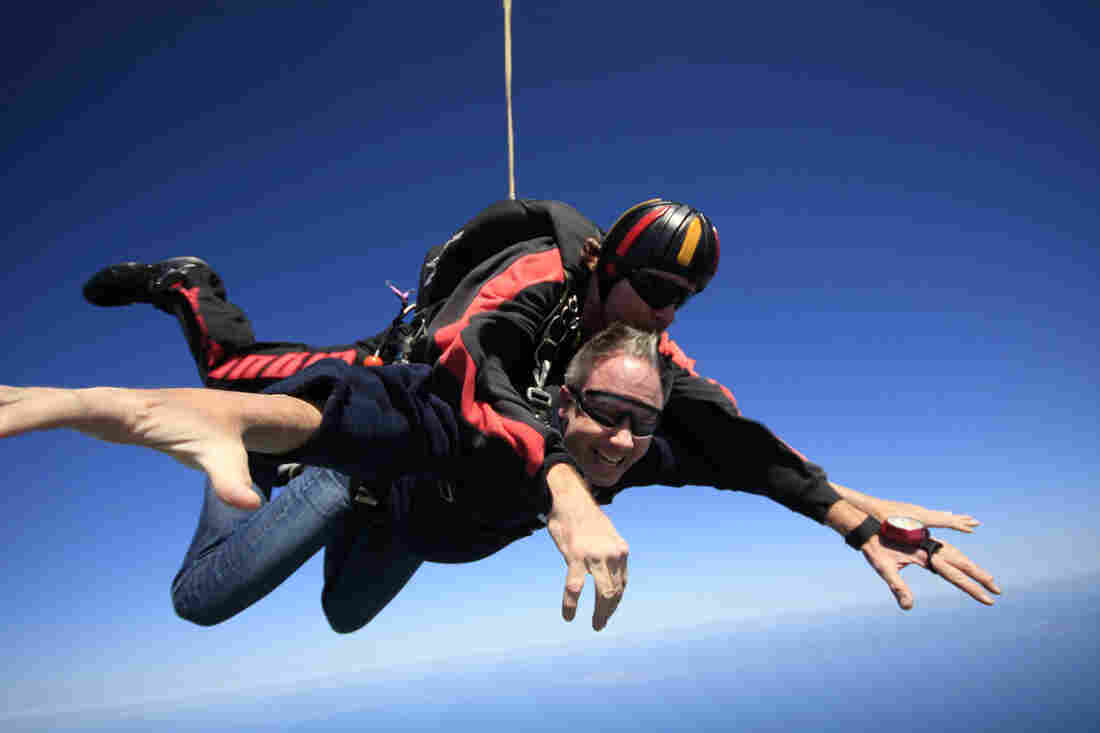 Bret Parker went skydiving in 2013 to raise money for the Michael J. Fox Foundation. Parker participated in a study earlier this year about whether a wearable tracker could effectively measure the severity of tremors caused by Parkinson's. Courtesy of Bret Parker hide caption 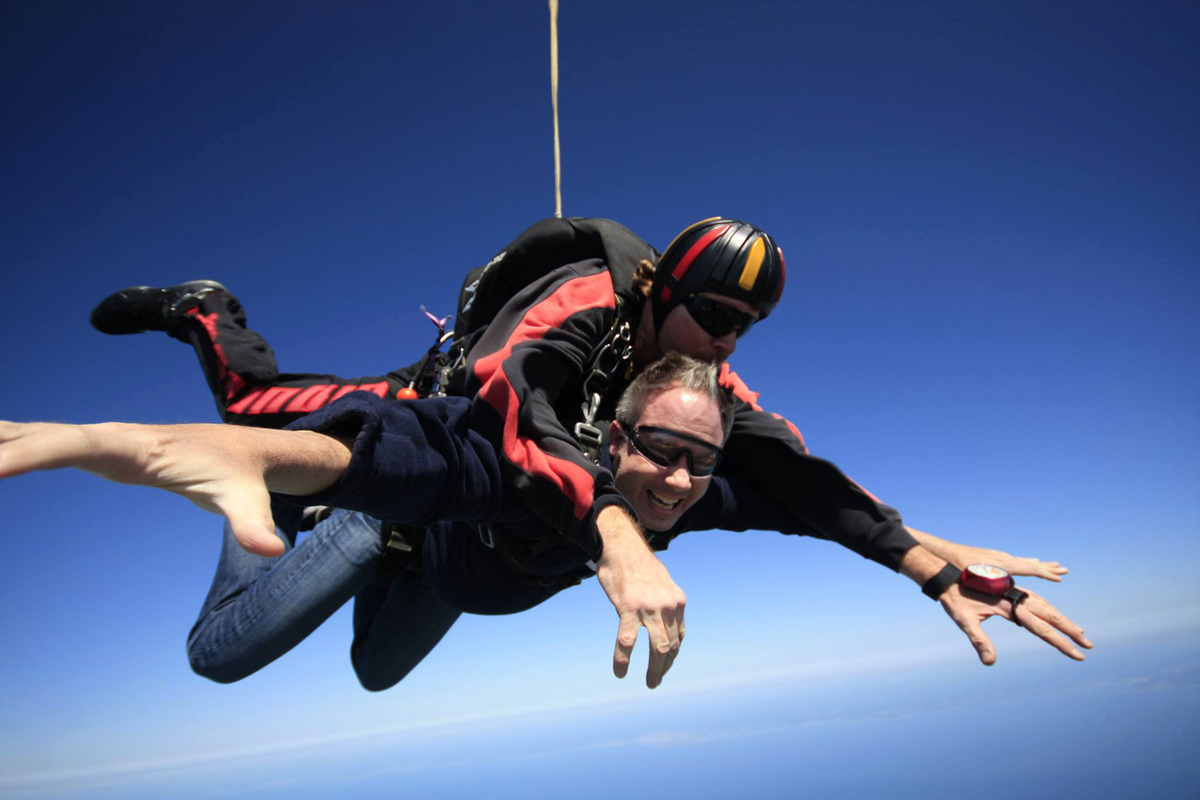 Bret Parker went skydiving in 2013 to raise money for the Michael J. Fox Foundation. Parker participated in a study earlier this year about whether a wearable tracker could effectively measure the severity of tremors caused by Parkinson's.

Parker enrolled in a pilot study to see whether an activity tracker made by Intel would be useful to track the severity of his tremors. It creates a digital diary showing how tremors respond to minor changes in diet, sleep patterns or what time of day Parker takes his medication.

Parker says in the early stages of his disease, he didn't pay close attention to those kinds of details. But as the Parkinson's progresses, he believes he'll have to change his approach.

"This is going to be a battle between me and Parkinson's in the years to come," he says. "As it advances, it means I've got to be better and smarter at my role in it."

He hopes the wearable will help him do that.