Accessibility links
War Over Obamacare Heats Up In States : Shots - Health News State legislatures are the new battlegrounds for the Affordable Care Act. Lawmakers across the country are at odds over hundreds of bills that would either cripple or prop up the sweeping health law.

War Over Obamacare Heats Up In States

War Over Obamacare Heats Up In States 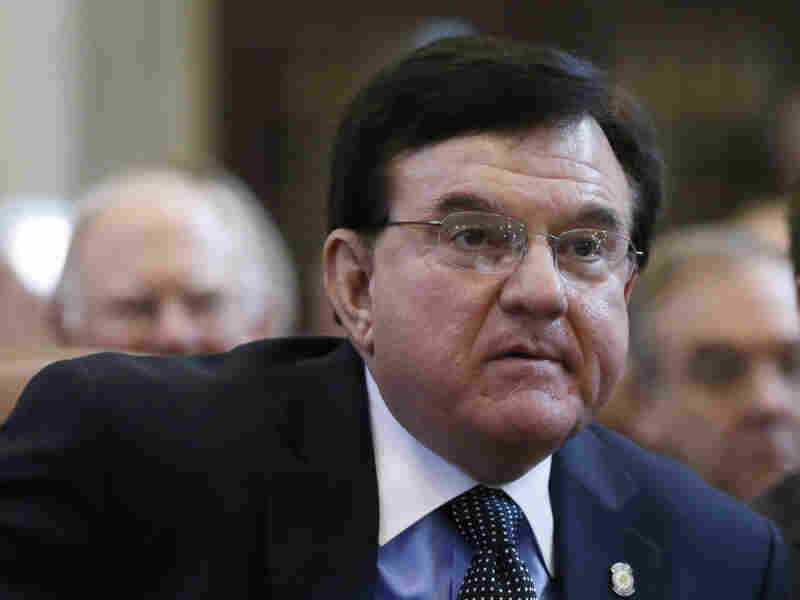 Oklahoma state Rep. Mike Ritze, a Republican and a physician, plans to revive the fight against the Affordable Care Act in the 2015 legislative session. Sue Ogrocki/AP hide caption 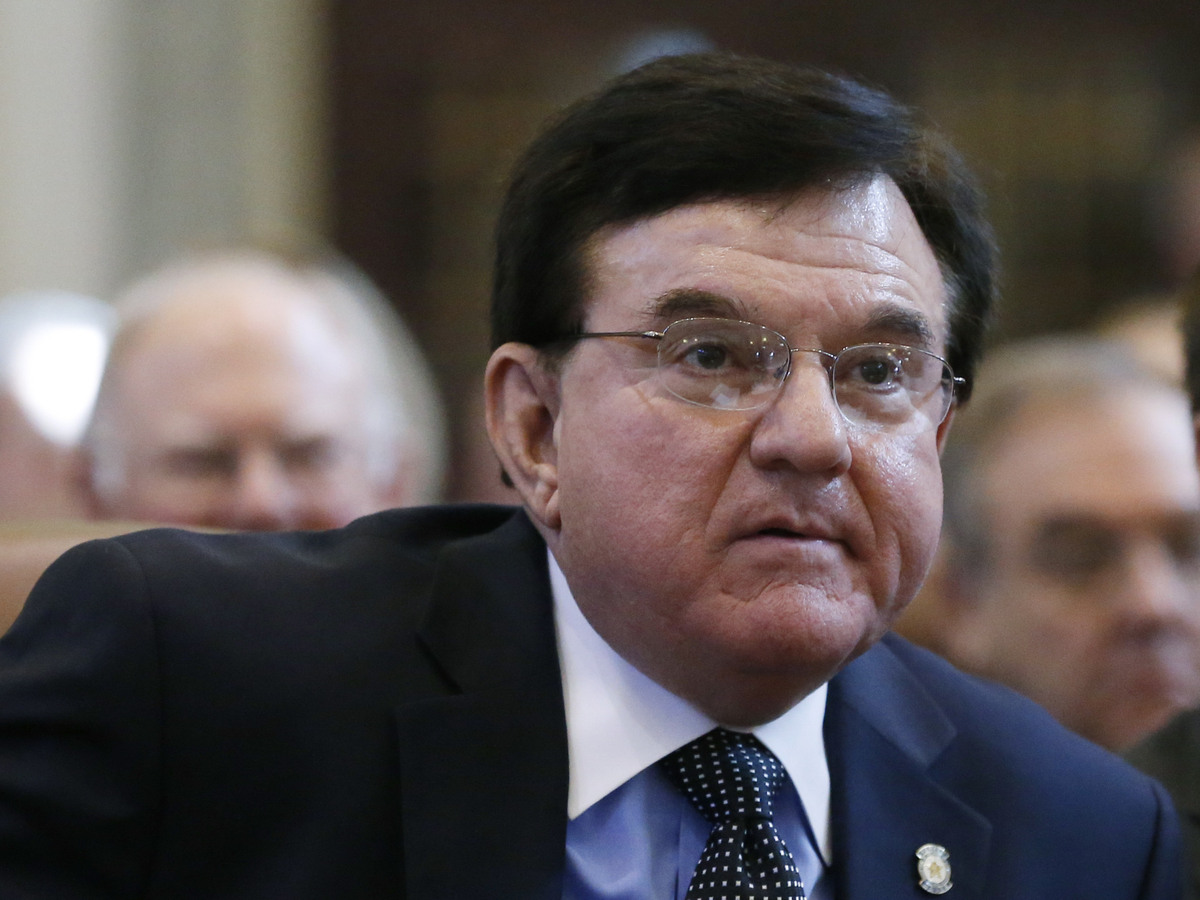 Oklahoma state Rep. Mike Ritze, a Republican and a physician, plans to revive the fight against the Affordable Care Act in the 2015 legislative session.

Oklahoma state Rep. Mike Ritze is a foot soldier — one of hundreds — in a passionate war over the Affordable Care Act that is reigniting as state legislatures convene across the country.

The Republican lawmaker, a family doctor, has stood behind three anti-Obamacare bills supported by conservative groups in Oklahoma and other states. None has made it into law, but Ritze plans to pick up the fight in the 2015 legislative session that convenes in the Sooner State next month.

"We need to do everything we can to try and reverse this," said Ritze, who practices in Broken Arrow.

In Washington, D.C., there's been little consensus on modifying the health care law. But in state capitals around the country, from Albany and Columbia to Austin and Sacramento, lawmakers have been mulling over hundreds of proposals that reflect many starkly different views on Obamacare as settled law.

A Center for Public Integrity review found that more than 700 Obamacare-related bills were filed in the states during 2014 or carried over from 2013 in states where legislatures allow that. (You can read in-depth about the center's findings here.)

Some states saw 50 or more health bills each, according to data from the National Conference of State Legislatures, or NCSL. It's not yet clear how many will be reconsidered in 2015 — many states are just kicking off their legislative sessions — but few expect any substantial retreat from the battlefront.

A Bit Of Everything

Some bills seek to "nullify" the law or find creative ways to hinder its enforcement, while others are perennial filings inspired by Tea Party activists and other early foes of Obamacare, such as the John Birch Society.

Dozens of anti-Obamacare bills appear to take their cues from a handful of activist groups — some well-financed at least partly by big corporate donors, and others run on shoestring budgets.

On the flip side, scores of bills to bulk up Obamacare have also landed in state hoppers, especially last year. Most would either expand eligibility for Medicaid, the health care plan for low-income people funded by states and the federal government, or require insurers to cover more medical services.

NCSL data show that to date, pro-Obamacare forces have had the upper hand in bills actually signed into law. In all, more than 75 Obamacare-related bills were signed into law in 2014. About 50 moved the law forward, mostly by expanding Medicaid, while the rest appeared to impede its reach. But the tide may be shifting. Conservative groups that have tried to peck away at the law say they feel energized by Republican gains in state legislatures in 2014 midterm elections.

Harvard University sociologist Theda Skocpol, a supporter of the law, said that some of the anti-Obamacare bills are "largely symbolic" and stand little chance of passage, but that others can put significant pressure on state governments.

Congress passed the Affordable Care Act in 2010 to help pay for health care coverage for millions of uninsured Americans. But the law leaves some key decisions on how to do so partly up to the states.

State lawmakers also are awaiting the Supreme Court's decision over the legality of subsidies paid in states that did not set up their own exchanges. A ruling in the case, King v. Burwell, is due this summer.

That would no doubt result in a new flood of proposals. But state lawmakers haven't been shy about weighing in to date.

One high-profile group fighting Obamacare in statehouses is the American Legislative Exchange Council, or ALEC. The "free-market" group says it works to "advance limited government."

Among other initiatives, ALEC favors a "Health Care Freedom Act" that would suspend the business licenses of insurers that accept "any remuneration, credit or subsidy" paid under the Affordable Care Act. The measure was introduced in Kansas, Missouri and Ohio, but didn't pass.

ALEC has a foil in the State Innovation Exchange, which says it helps advance "progressive legislation." The group has yet to write model bills, according to executive director Nick Rathod. He expects to be playing defense over the next few years to stop "rollbacks" of Obamacare and predicts an "all-out assault" on the law.

The attacks from the right have not deterred proponents from pressing ahead with their own measures.

Most of these bills add benefits under Medicaid or insurance policies. The NCSL database logged 27 bills in nine states that would guarantee coverage for autism spectrum disorder, or study the idea of doing so. Bills to do that were signed into law in four states.

Other bills sought to guarantee insurance coverage for other medical and mental health care, such as chemotherapy and substance abuse.

Some observers predict that ideological opposition will crumble in the face of mounting pressure from the business community, including hospitals and insurers, which stand to profit from Medicaid expansions that will largely be paid for by the federal government.

Robin Rudowitz, who works with the Kaiser Family Foundation, puts the matter simply: "There's a lot of federal money on the table."

The Center for Public Integrity is a nonprofit, independent investigative news outlet. For more of its stories on this topic, go to publicintegrity.org.