Accessibility links
App Links Sex Assault Survivors To Help, But Who Downloads It? : Shots - Health News The D.C.-based smartphone tool connects people with a ride to the hospital and a team of medical professionals trained in dealing with sexual assault. But students aren't rushing to download the app. 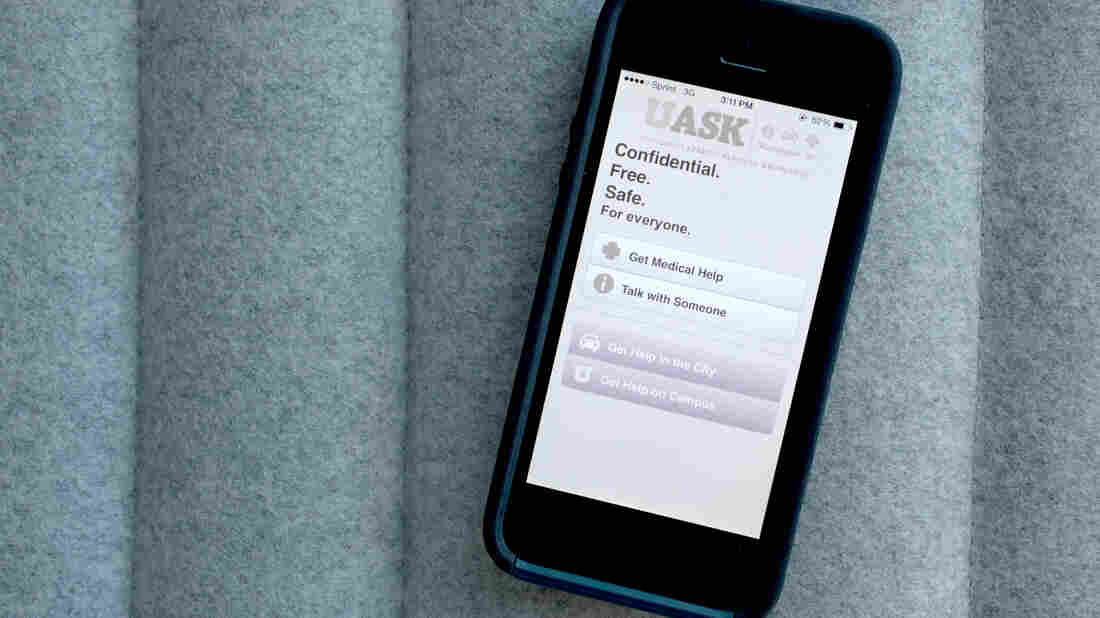 The UASK app helps sexually assaulted college students in D.C. access a range of services, from rides to the hospital to phone numbers for counselors. The information is personalized to their school. Another version of the app, ASK, provides the same resources to non-students. Emily Jan/NPR hide caption 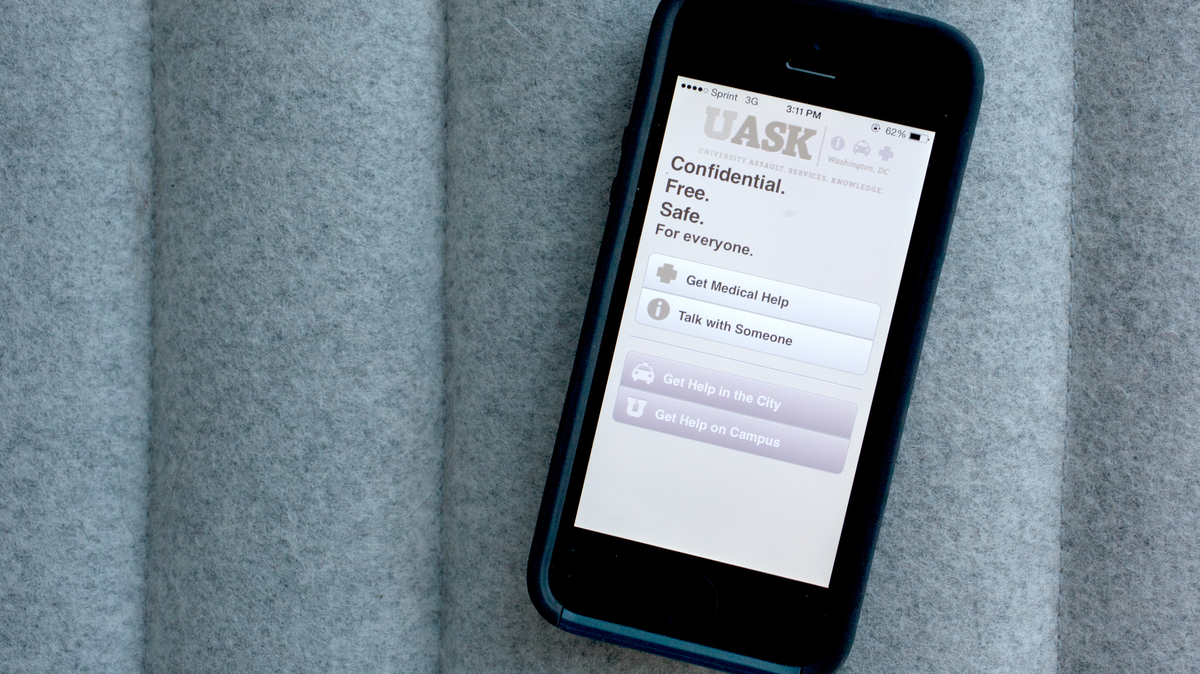 The UASK app helps sexually assaulted college students in D.C. access a range of services, from rides to the hospital to phone numbers for counselors. The information is personalized to their school. Another version of the app, ASK, provides the same resources to non-students.

Maya Weinstein is now a happy, bubbly junior at the George Washington University. But she says that two years ago, just a few weeks after she arrived on campus as a freshman, she was sexually assaulted by a fellow student.

"It was one of those 'acquaintance rape' things that people forget about, even though they are way more common," she says.

As Hurricane Sandy passed over the Washington area, she and her friends went to an off-campus party. Upon returning, she ran into an older student she knew from around campus. By the time she ended up in his bedroom, Weinstein says, she was intoxicated to the point of passing out.

It wasn't until she woke up the next morning — in his bed, with no memory of getting there — that she realized she'd been sexually assaulted. Weinstein says she barely knew where the campus bookstore was, let alone where to go for sexual assault services.

"Do I go to Student Health, do I walk into the ER or do I call 911?" says Weinstein. "I've always had this image of, like, walking into the ER ... that's what you do, you show up there, you're all like disheveled, and they do what they do."

Not knowing where to turn, she instead did nothing.

"I just stood in the shower and I cried," she says.

What Weinstein didn't know was that Washington has one of the most comprehensive sexual assault survivor programs in the nation. By calling one phone number — 1-800-641-4028 — she could have gotten a free ride to MedStar Washington Hospital, the designated forensic hospital in D.C. There, she would have been met by a sexual assault counselor, who would take her through the whole process.

The hospital has trained forensic nurses on-call 24/7 to provide rape kits and conduct physical exams of victims. Survivors also get emergency contraception, STD tests, antibiotics and a 28-day course of HIV medication — all for free.

And the patient drives the process.

"You do not have to report to the police to receive any kind of medical or forensic care," says Jana Parrish, nursing director of the forensic nurses program. 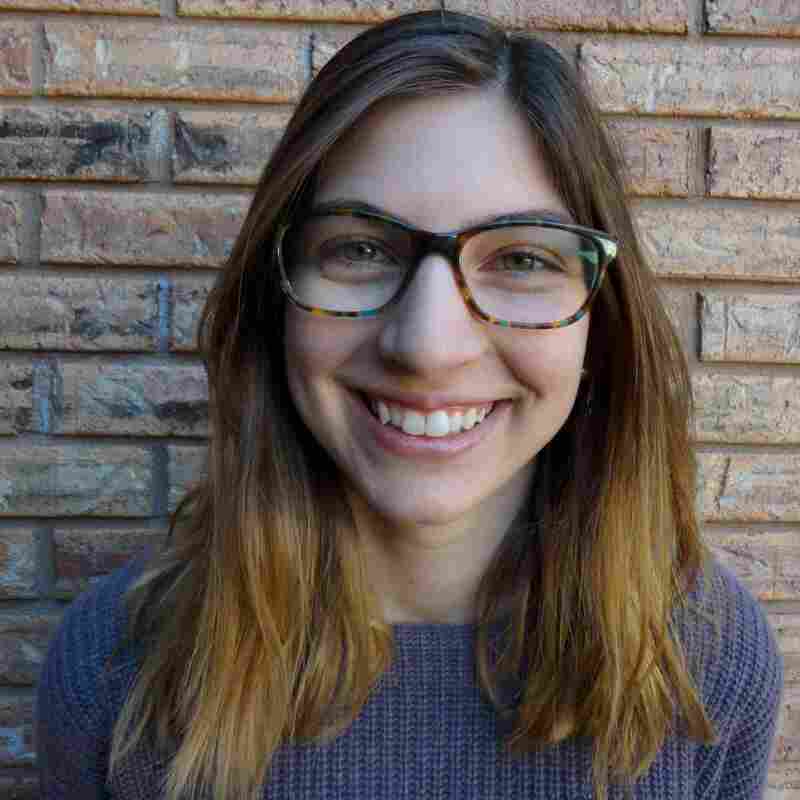 "Do I go to Student Health, do I walk into the ER or do I call 911?" Maya Weinstein remembers thinking after her alleged assault. An app called UASK is designed to help people who have those sorts of questions. Courtesy Maya Weinstein hide caption 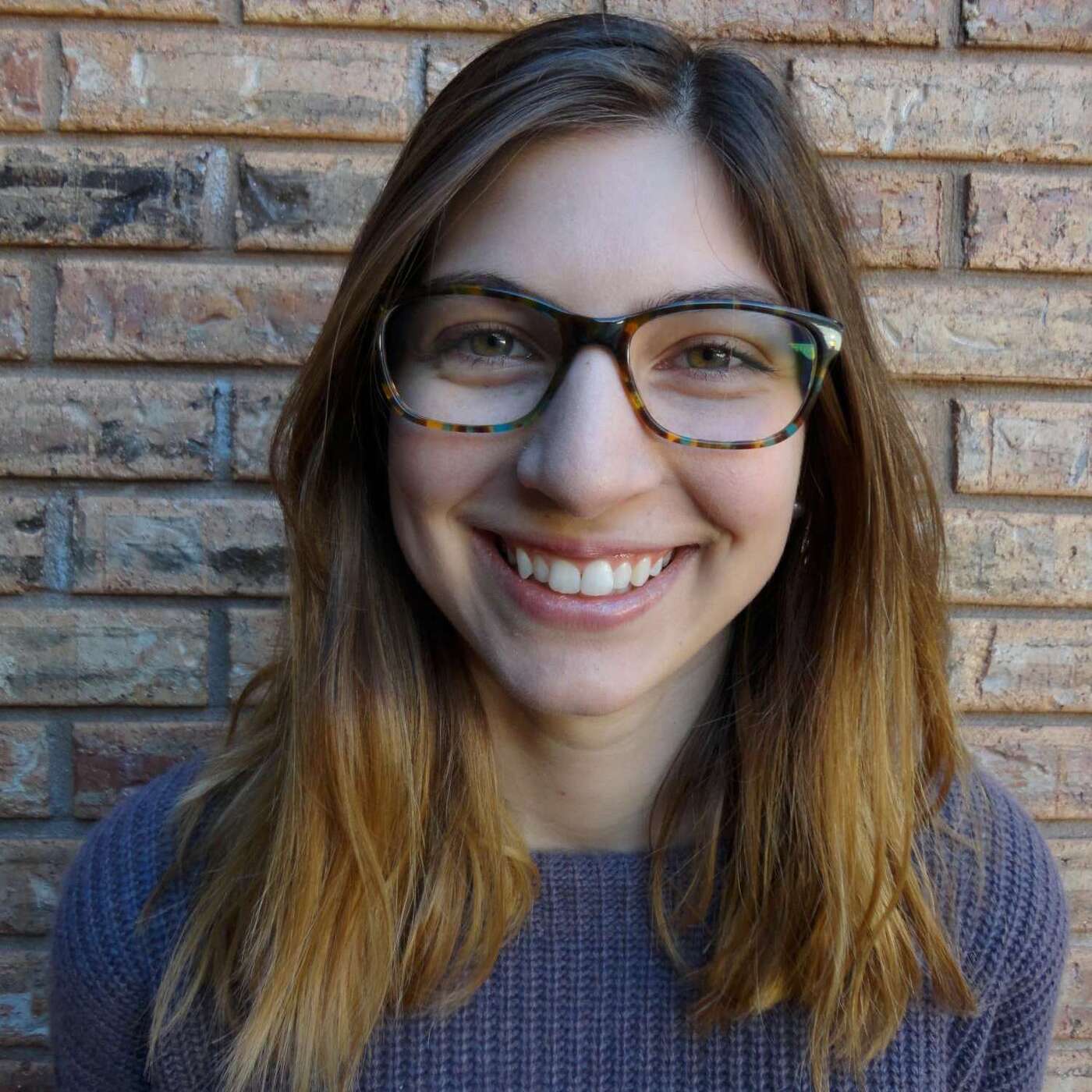 "Do I go to Student Health, do I walk into the ER or do I call 911?" Maya Weinstein remembers thinking after her alleged assault. An app called UASK is designed to help people who have those sorts of questions.

The services don't get linked to the patient's medical records, either. Those working in the field say these efforts are getting more people to seek treatment, which in turn gets more rapes reported.

"We have over a 10 percent increased reporting rate every single year since 2008, since we began this program," says Heather DeVore, the medical director of the Sexual Assault Nurse Examiner Program.

She's pleased with the uptick, but says it's not enough: "It's still the tip of the iceberg ... most people don't seek care and don't get any sort of help."

Take Weinstein. A month into her freshman year, how she was to know that these services were available to her?

That scenario is what prompted a group called Men Can Stop Rape to partner with the Mayor's Office of Victims Services to put all this information into an easy-to-use app. ASK, or Assault Services Knowledge, centralizes 55 different services available to victims of sexual assault and highlights the phone number to call to access them. For college students specifically, there's UASK. The "U" stands for "university," and all nine schools in Washington participate.

"It centralizes, essentially, all of these different resources that survivors can access — everything from being able to get a free Uber ride to a hospital to finding out what your university offers," says Ariella Neckritz, president of Students Against Sexual Assault at GW.

Her group helps advertise UASK on campus. They want all students on campus to download it on their phone, so no one ever will have to wonder what to do after being sexually assaulted. The app has been around for two years, but hasn't quite caught on at these schools.

"To date, we've had over 14,000 people access both UASK and ASK, which is really great," says Rachel Friedman, the deputy director of Men Can Stop Rape.

"You don't want to think that you're ever going to need it. So why would you put it on your phone?"

While 14,000 people is progress, it's nowhere close to reaching everyone they are aiming for. There are almost 100,000 university students at the nine schools, and there are more than 650,000 full-time D.C. residents. The vast majority of them never have heard of the app.

On campus, Neckritz admits the universities could do a better job marketing the app. They may be hesitant to tell students (or their parents) just how useful a sexual assault app is in this day and age. But part of the problem is the students themselves.

Neckritz says her peers tend to "see sexual assault as an outside issue — as something that isn't directly affecting you, your life, your campus, your community."

Even Maya Weinstein doesn't have the app on her phone. She says her freshman-year experience has left her well-prepared, app or no app. But her classmates are a different story.

"I don't know who would download the app," she says. "You don't want to think that you're ever going to need it, so why would you put it on your phone?"

But as Weinstein can tell you, sexual assault does happen. She went on to file a no-contact order against her alleged assailant, after tracking down the Title IX coordinator's phone number and setting up an appointment.

"She was the person that I was supposed to go to," says Weinstein. "She had all the information."

That was three months after the assault. When you open the UASK app and select GW, that coordinator is the first name that pops up.