Accessibility links
After Alzheimer's Diagnosis, 'The Stripping Away Of My Identity' : Shots - Health News Greg O'Brien talks about how his life has changed in the five years since he was diagnosed with early-onset Alzheimer's disease. "More and more I don't recognize people," he says. 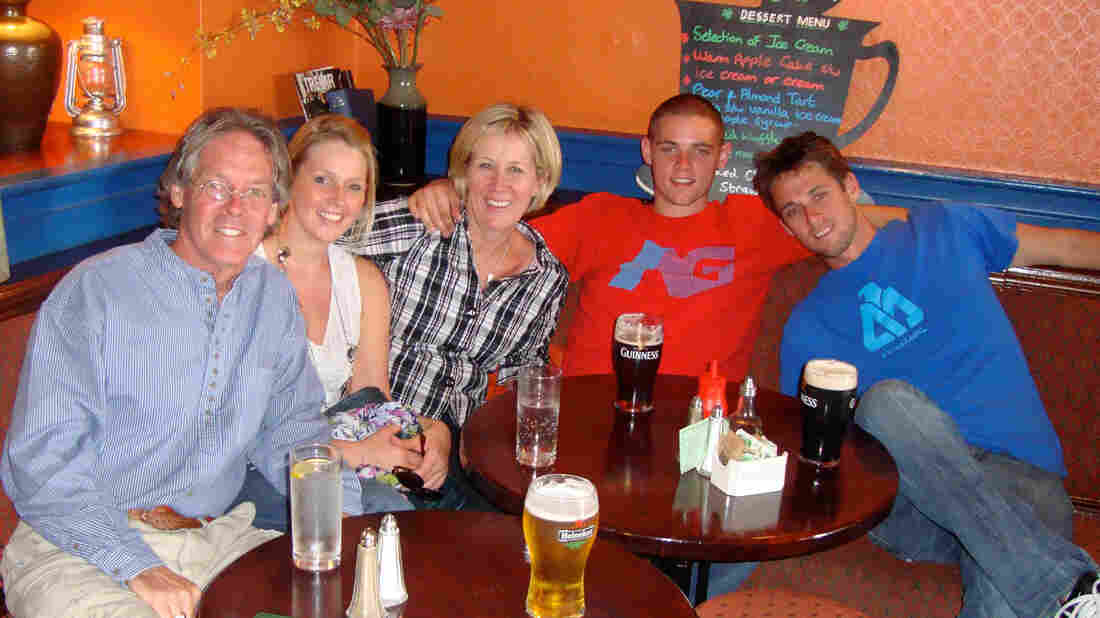 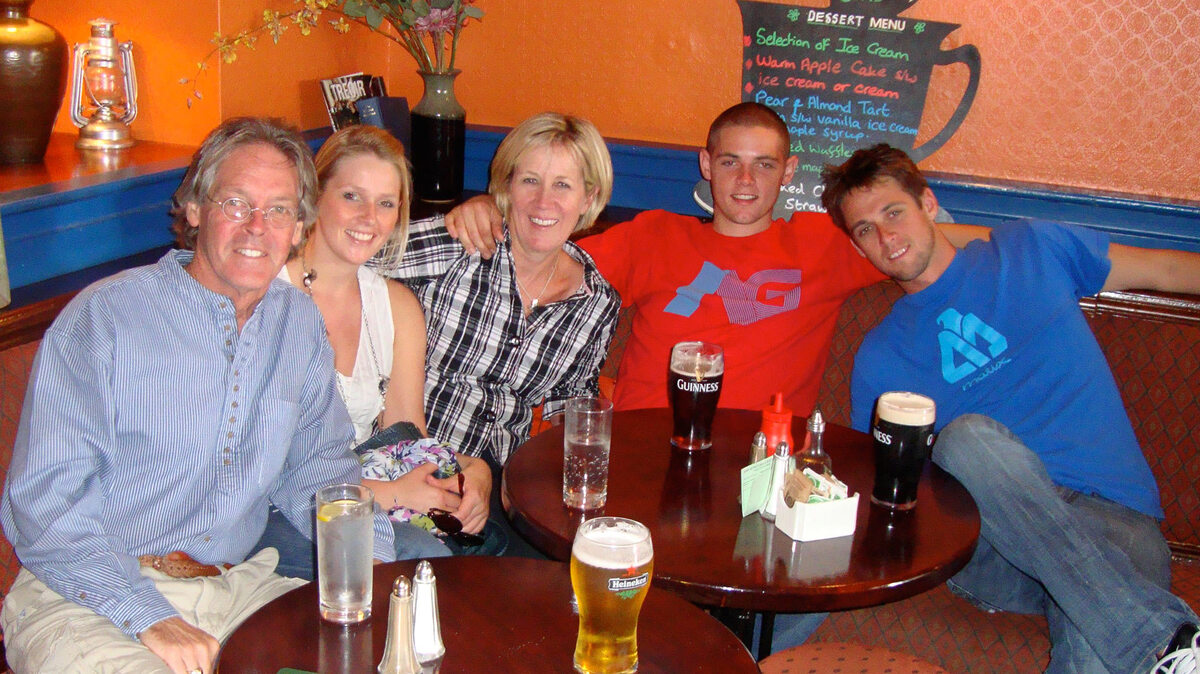 Greg O'Brien (left), with Colleen, Mary Catherine, Conor, and Brendan O'Brien, has been grappling with Alzheimer's disease for the last five years.

This is the second in NPR's series "Inside Alzheimer's," about the experience of living with Alzheimer's. In part one, Greg O'Brien talked about learning that he had the disease.

A diagnosis of Alzheimer's disease, says Greg O'Brien, doesn't mean your life is instantly over. "There is this stereotype that ... you're in a nursing home and you're getting ready to die," he told NPR. "That's not true."

In fact, in the five years since he was diagnosed with early-onset Alzheimer's, O'Brien has taken copious notes about his condition and published a memoir.

"There are times when I, I cry privately. It's an emotional thing, the tears of a little boy because I fear I'm alone and the innings are starting to fade."

Alzheimer's, he says, is like "a death in slow motion."

"It's like a plug in a loose socket," he says. "Think of yourself, wherever you are in the country, and you're sitting down and you want to read a good book, and you're in a nice sofa chair next to a lamp at night. And the lamp starts to blink. 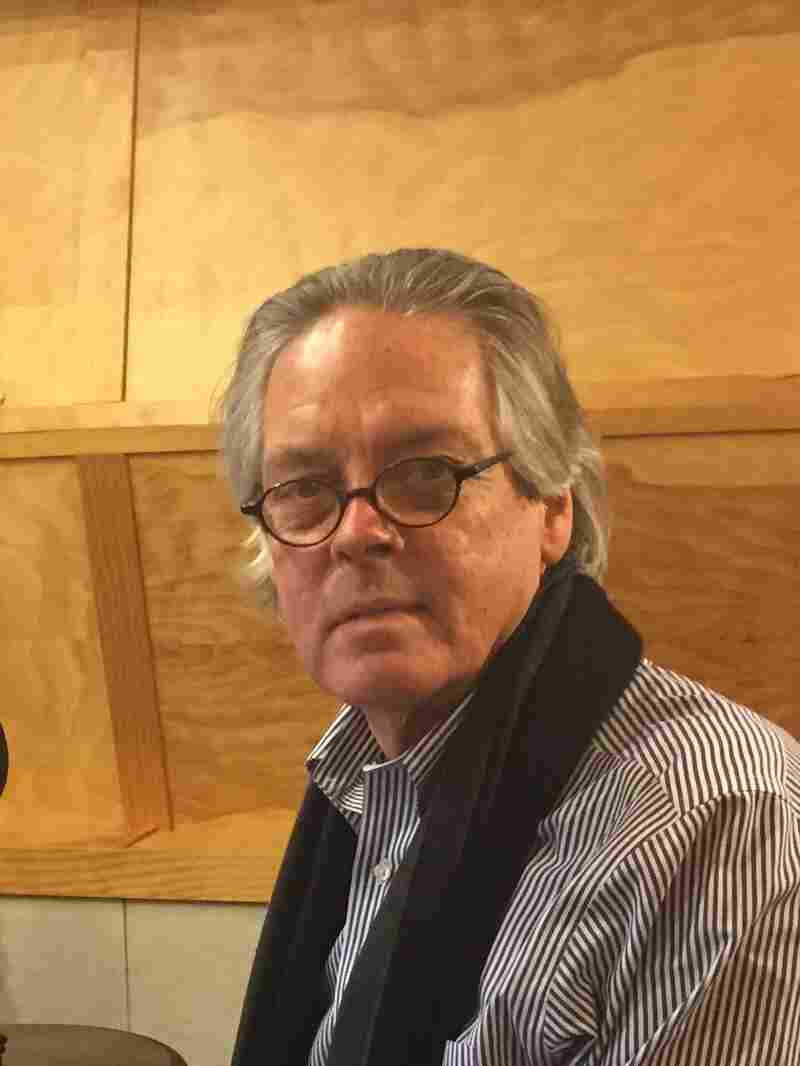 When Greg O'Brien was 59 years old he was diagnosed with early-onset Alzheimer's. Now, he's documenting his experience with the disease. Courtesy of Greg O'Brien hide caption 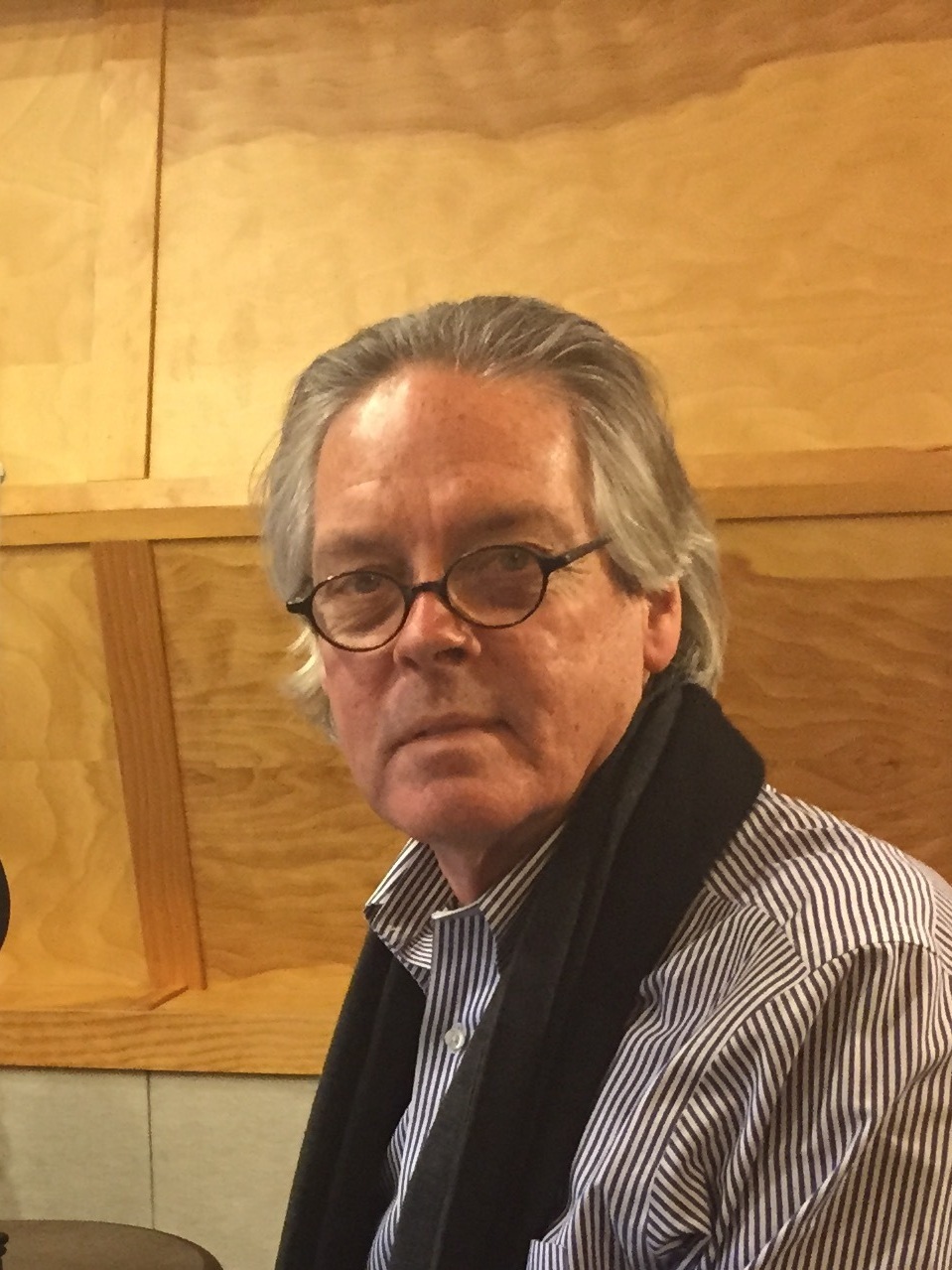 When Greg O'Brien was 59 years old he was diagnosed with early-onset Alzheimer's. Now, he's documenting his experience with the disease.

On putting his assets in his wife's name

The doctors told me that I needed to turn everything that I had over to my wife. I'm not allowed to own anything anymore. That was a difficult thing for me because our house on Cape Cod, which I had built, was exactly the kind of home that I wanted to live in and raise my children in. And now I felt that I was a renter.

And that was the beginning of the stripping away of my identity. And I knew no one got that but me. You know, God bless all the doctors and many of the caregivers in the world, but it's really the people who are fighting through early Alzheimer's who ... who get it.

And ... now I forgot the rest of your question. Can you repeat it?

On waking up confused each morning

I don't have a self-identity; I have to find it. I'm an old-school guy, and I think of a file cabinet and think of the who, where, what, when, why and how of your life, arranged in files in this filing cabinet. Then at night, someone comes in and they take all the files out and they throw them all over the floor.

And then you wake up in the morning and say, "Oh my God, I have to put these files back before I realize my identity."

What is there to look forward to anymore? What does the future look like to someone with Alzheimer's disease?

"I don't know how long I can keep this fight up."

Right now I have to label toothpaste because I'll grab for soap or lotion and brush my teeth. I also label mouthwash, because there was a time when I grabbed the rubbing alcohol. Knowing, looking at it — it said rubbing alcohol, Greg!

But I said, "No," and I took a swig. Let me tell you, rubbing alcohol doesn't have a thin, minty taste.

Sixty percent now of my short term memory can be gone in 30 seconds. More and more, I don't recognize people. And now people understand that and, God bless them, they come up and introduce themselves to me. These are people I've known since childhood.

In addition to my short-term memory loss, there are times when I've hurled a phone across the room, a perfect strike to the sink, because in the moment I didn't know how to dial. I'll smash my lawnmower against an oak tree in the backyard in summertime because I don't remember how it works.

I cry privately. It's an emotional thing, the tears of a little boy, because I fear I'm alone and the innings are starting to fade. You know, a fish rots from the head down.

Greg O'Brien will share more of his experience with Alzheimer's in future installments on Weekend All Things Considered.