Accessibility links
Apps Can Speed The Search For Love, But Nothing Beats A Real Date : Shots - Health News Are those hours I spend swiping through Tinder getting me anywhere closer to actual romance? Yes, psychologists say. But chemistry doesn't come in an app, and that's what matters most. 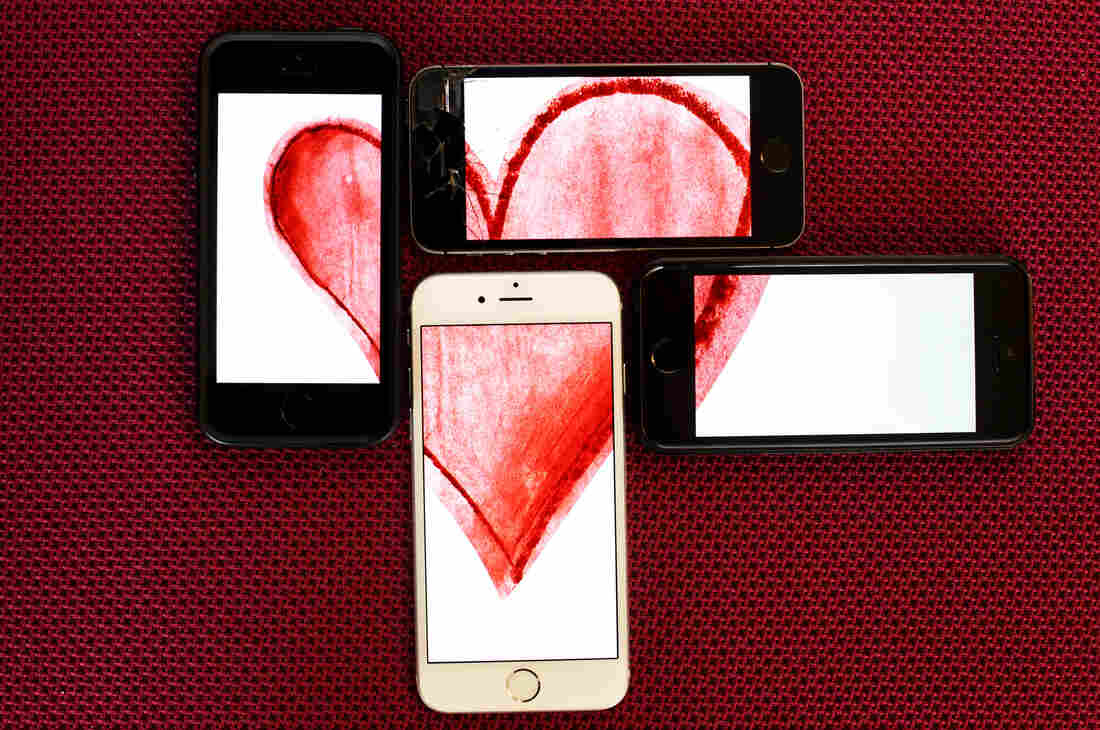 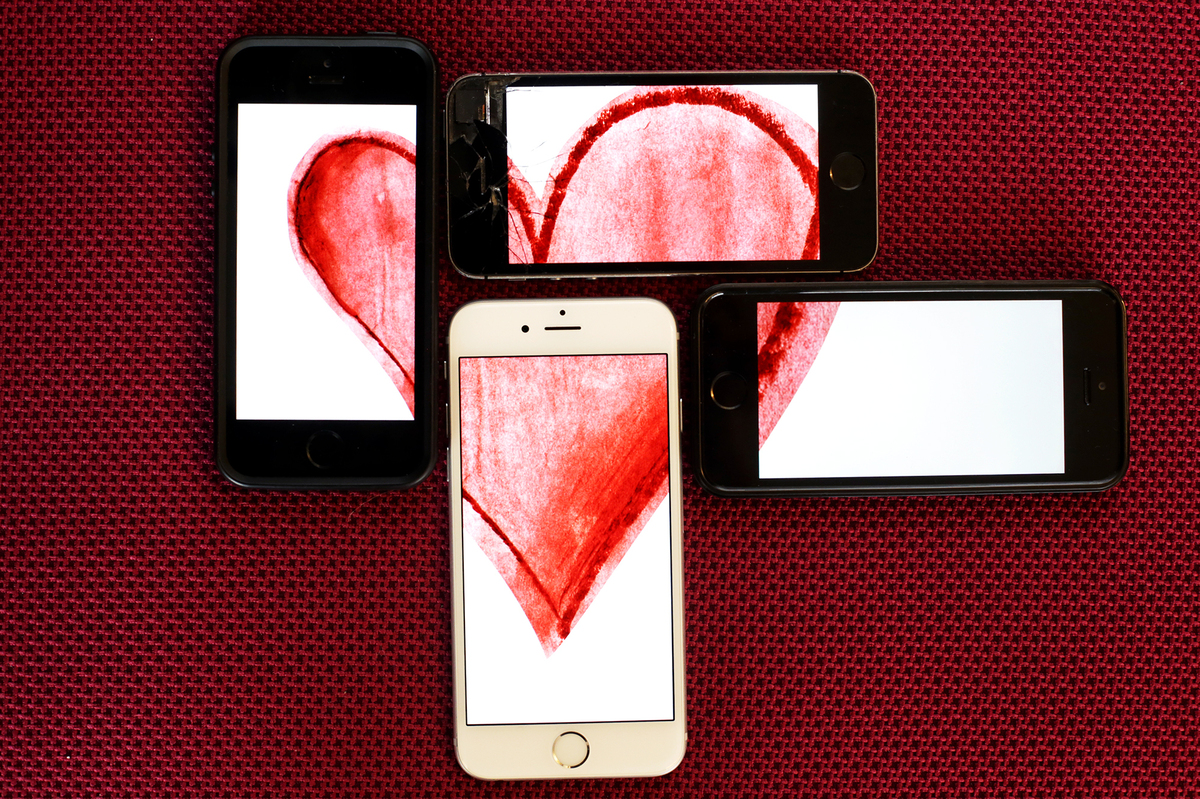 Trying to find a date on Tinder feels a bit like playing a video game. You quickly browse through photos on your phone. If he's cute swipe right, and the app will let you know if he likes you back. If he's posing with a fancy car or a baby tiger, make a gagging sound and swipe left.

Log into OkCupid, and the suitors are purportedly better curated. The app has you answer hundreds of hard-hitting questions like, "How often do you brush your teeth?" and, "Do you like scary movies?" The app then matches you with potential dates who supposedly share interests and values.

But as I burn hours with dating apps, it's hard not to wonder if this is really any better than meeting people the old-fashioned way?

Yes and no, says Benjamin Karney, a social psychologist at UCLA who studies romantic relationships. "Online dating is an amazing technological advance, and it really makes it easier to find a potential partner," Karney tells me.

"Online dating is an amazing technological advance, and it really makes it easier to find a potential partner."

Being connected to a larger pool of potential dates does mean you're more likely to run into duds and creeps. "And we know that people are willing to do and say all sorts of things online that they wouldn't do face to face," he says. Case in point: the young gentleman I found on OkCupid who is wearing a bloodied bunny mask in all of his profile photos.

And it seems like there's no avoiding unsolicited, inappropriate messages from men who are more interested in harassing women then dating them.

But overall, research suggests that couples who meet online tend to be just as happy as those who connected offline, he notes.

"Of course, if you expect online dating to be easier, then you're going to be disappointed," Karney says.

No matter how cute someone looks in her Tinder photos, or how much you like what she says on her OkCupid profile, it's impossible to tell whether you'll click with her in person, Karney says.

And the matching algorithms that dating apps use aren't based on any hard science, he says. "There's no evidence that these apps will find you a better mate than you could find yourself."

Attraction is based on an intangible chemistry — and when you're attracted to someone, research shows that it rarely matters whether the other person shares your political beliefs or your love of horror movies. "If you're romantically attracted to somebody, you focus on the things that are similar and you try to ignore the things that make you different," Karney notes.

Spending tons of time scrolling through online dating profiles doesn't help people choose better dates, studies show. And by judging profiles too harshly, you may be missing out on some great people, Karney says.

That's why Tinder may be the best dating app out there, says Eli Finkel, a social psychologist at Northwestern University who wrote a piece in The New York Times in defense of the often-maligned dating app.

"You can browse through online profiles till you're blue in the face and still not know if you're compatible," he tells me. "Tinder is an easier way to quickly get face-to-face with someone and figure out of there's chemistry."

No matter which dating app you're using, Finkel's advice: "If someone looks pretty good and you find them intriguing — just go on a date."

"If someone looks pretty good and you find them intriguing — just go on a date."

Of course, having too many options online can make it more difficult for some to choose and commit to just one person to go out with on a Friday night, says Paul Eastwick, an assistant professor of human development at the University of Texas in Austin who studies romantic relationships.

"It's called the 'paradox of choice,' " Eastwick explains. Psychologists have known for a while that very often, the more options people are presented with the less likely they are to be satisfied with their final choice.

"There's some evidence that this could occur with online dating," he says. For some, apps like Tinder may lead to the impression that there's always going to be someone better out there — or as my friend Nathalie says, it could be that Tinder is "where monogamists go to die."

Still, as Karney from UCLA points out, commitment-phobes are as old as time. "Some people want to date a lot and they don't want to settle down — and, boy, are those people in luck."

For those who are looking for a deeper connection, Karney says, "the challenges are the same. Online dating has made it easier to date, but it hasn't made it any easier to mate."