Accessibility links
Why California's Superbug Outbreak Isn't As Scary As It Seems : Shots - Health News The outbreak of drug-thwarting bacteria that contributed to the deaths of two patients at a UCLA hospital isn't likely to spread further, doctors say. Still, drug resistance is trouble nationwide. 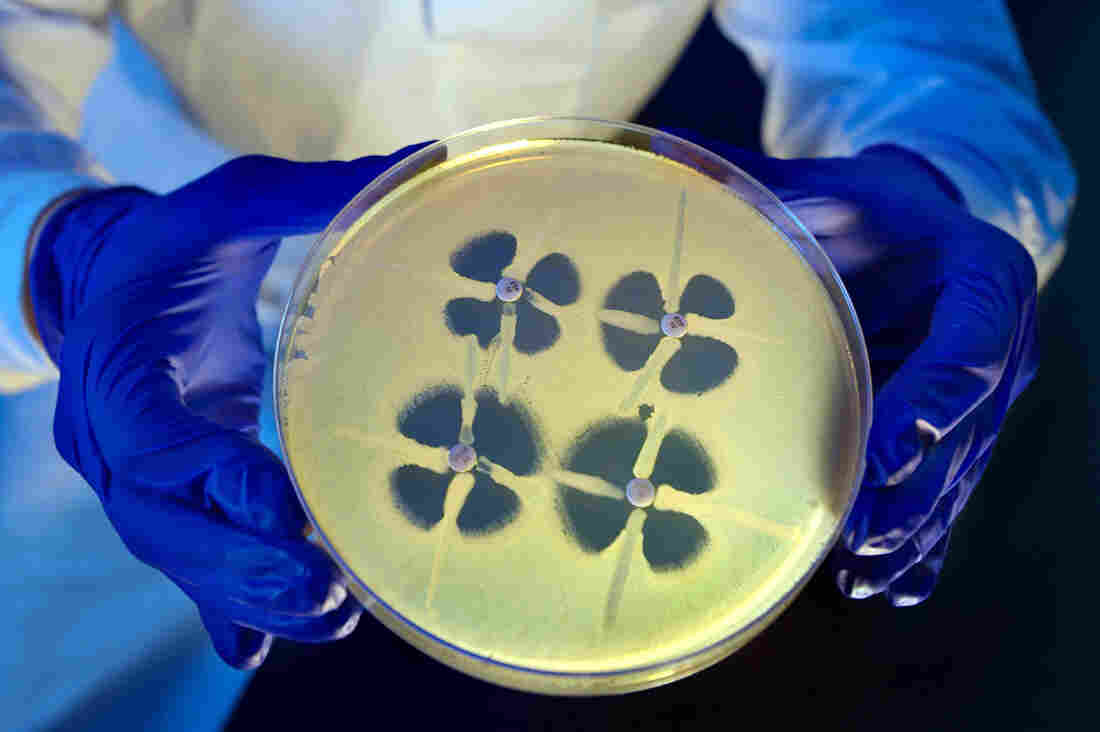 A particularly nasty family of gut bacteria with the nickname CRE is resistant even to carbapenems, a family of last-resort antibiotics. CDC hide caption 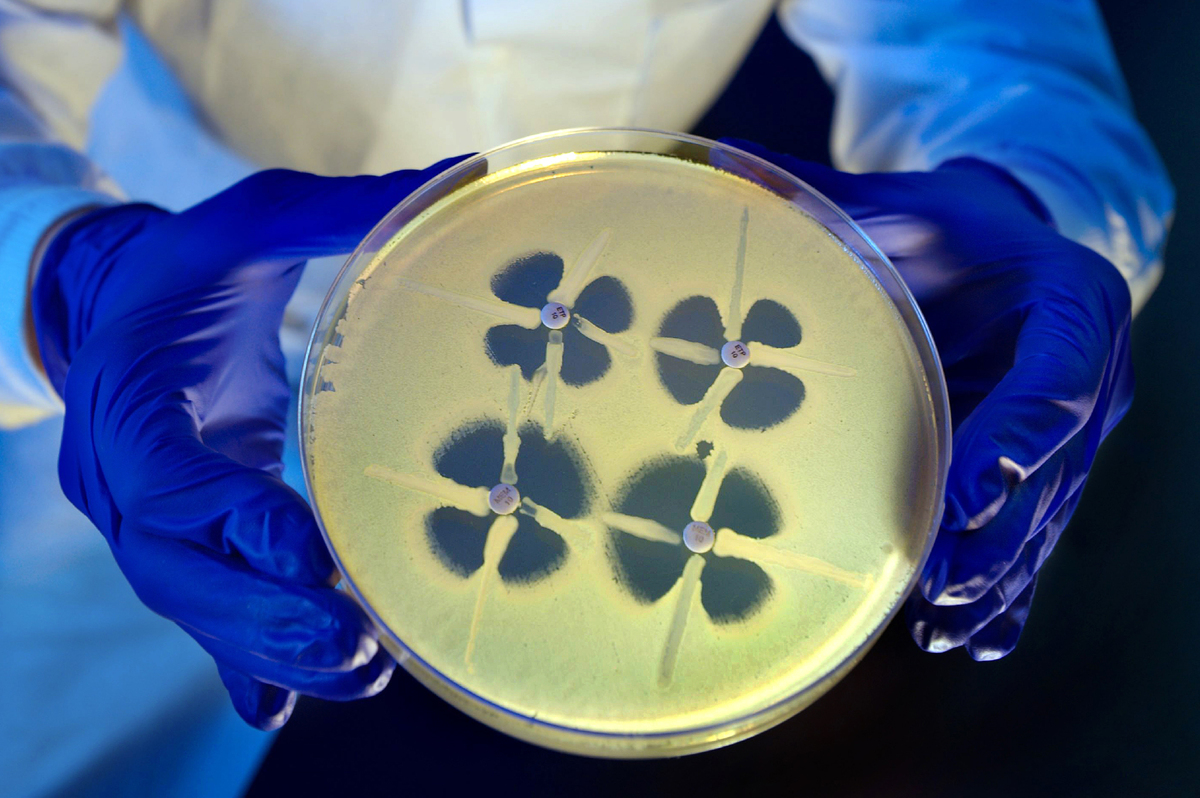 A particularly nasty family of gut bacteria with the nickname CRE is resistant even to carbapenems, a family of last-resort antibiotics.

News reports are describing a "nightmare superbug" killing people in California. But scientists who study infectious diseases say the risk from this outbreak doesn't live up to the alarming headlines.

"It's not something that is likely to spread around the community or is a cause for alarm," says David Perlin, an infectious disease scientist and executive director of the Public Health Research Institute at Rutgers. 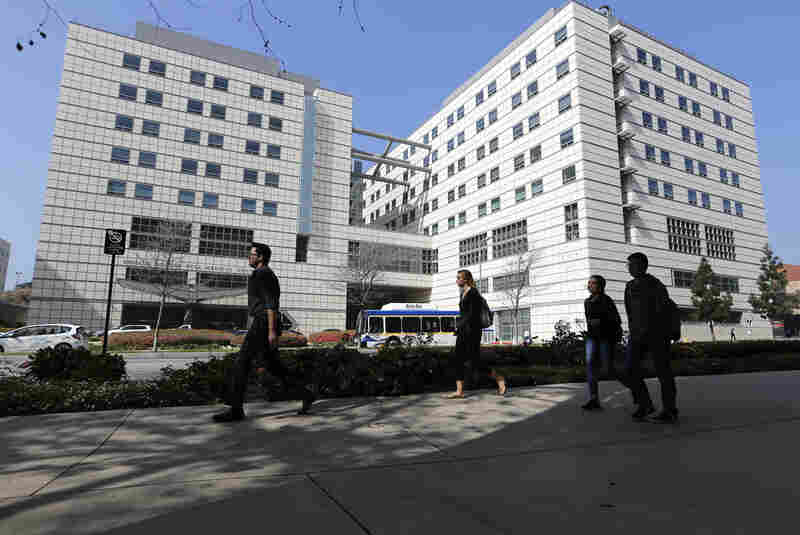 A "superbug" outbreak suspected in the deaths of two patients at UCLA Medical Center has raised questions at the FDA: Are the standard procedures for disinfecting a particular kind of endoscope adequate? Damian Dovarganes/AP hide caption 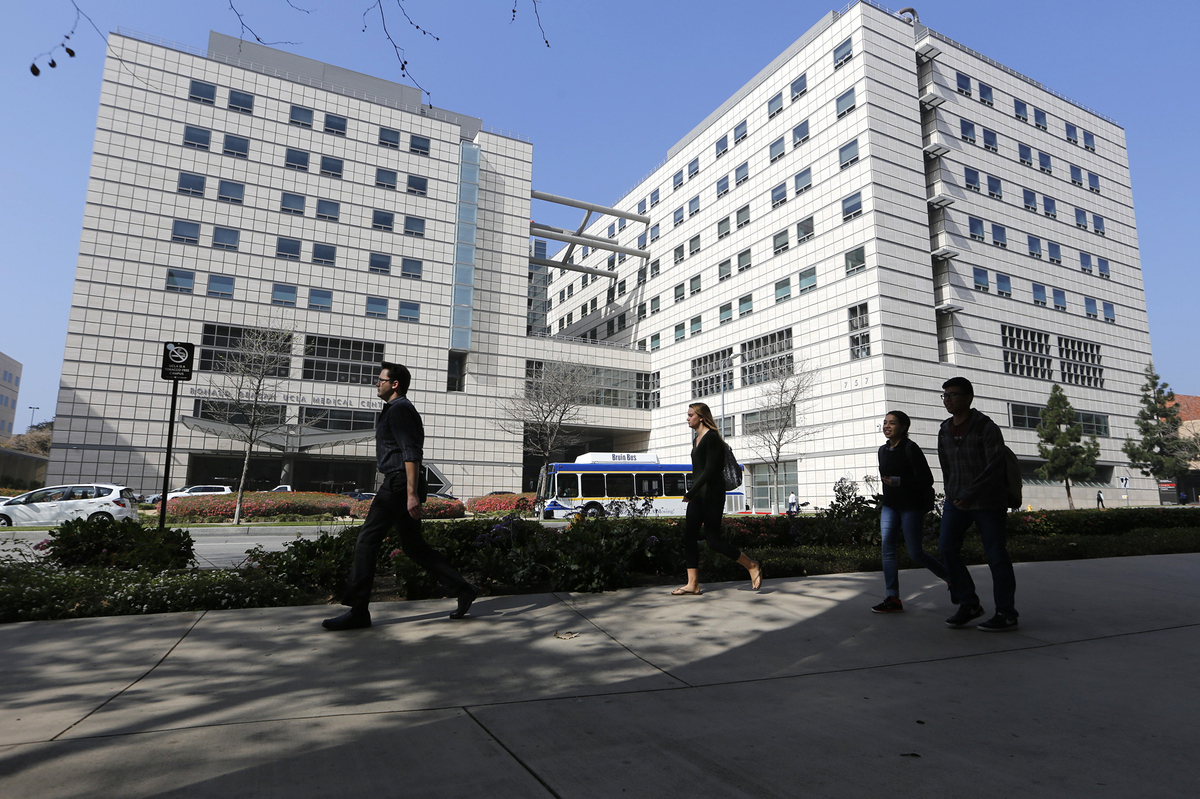 A "superbug" outbreak suspected in the deaths of two patients at UCLA Medical Center has raised questions at the FDA: Are the standard procedures for disinfecting a particular kind of endoscope adequate?

Here's what government health officials and the UCLA Health system have said so far:

Bacteria that are extremely resistant to drugs have infected at least seven patients who had endoscopic procedures at a teaching hospital affiliated with the University of California, Los Angeles. Two of the patients died and the UCLA Health System is notifying 179 patients that they may have been exposed.

The bacteria involved are known as Carbapenem-resistant enterobacteriaceae, or CRE, a family of bacteria that is highly resistant to even the toughest antibiotics. The infections in Southern California have been linked to two particular endoscopes, specialized devices that allow doctors to look inside the body without making an incision. These endoscopes have special features that allow doctors to diagnose and treat problems in the pancreas and bile ducts. UCLA says both of the instruments the hospital found to be contaminated are no longer in use.

The outbreak is a reminder of a serious underlying problem: the rise in dangerous drug-resistant germs, Perlin says. But it's unlikely to spread further because UCLA appears to have identified and eliminated the source of infection, he says.

Also, CRE bacteria aren't a threat to most healthy people, says Dr. Deverick J. Anderson, an infectious disease specialist and co-director of the Duke Infection Control Outreach Network. Studies show that many people carry CRE bacteria in their intestines and never know it because their immune system keeps the bugs in check, Anderson says.

What The U.S. Health Care System Can Learn From Ebola Outbreak

The people at high risk of damage from CRE are "very sick patients" in hospitals, nursing homes and long-term-care facilities, Anderson says. Often, the bacteria get into these people through breathing tubes, catheters or other medical devices that breach the body's usual protection from infection, he says. "It's not easily transmitted in a household."

The type of endoscope linked to the UCLA infections is called an ERCP duodenoscope. These endoscopes are "the medical equipment that are most commonly associated with [CRE] outbreaks," Anderson says, because they are especially hard to disinfect after each use.

But even with these devices, the risk of infection is low. ERCP duodenoscopes are used on more than 500,000 patients each year, according to the Food and Drug Administration. During 2013 and 2014, they were linked to 135 CRE infections.

On Thursday, the FDA issued a statement alerting health care professionals to the problem with "ERCP duodenoscopes." The agency urged people who work with the devices to "meticulously" clean them "prior to high-level disinfection."

Infections With 'Nightmare Bacteria' Are On The Rise In U.S. Hospitals

The news coverage and public's concern related to CRE are "going to flare up and then it's going to go away," says David Ropeik, a consultant in risk perception and communication. That's because this particular outbreak of this particular type of bacteria doesn't pose an immediate risk to most people, he says.

But "the world will still be at serious peril from a risk we don't take seriously, which is antibiotic resistance," he says. "Germs are figuring out how to resist our antibiotics faster than we can make new ones."

The problem of drug resistance is "almost all related to our antibiotic use" and overuse, Anderson says. Health organizations and the government, he says, have launched a number of efforts to prevent unnecessary prescribing.

But these efforts, Ropeik says, unlike disease outbreaks, rarely get much attention.