Accessibility links
When Pot Goes From Illegal To Recreational, Schools Face A Dilemma : Shots - Health News Since Colorado legalized marijuana use, some schools in the state are starting to change how they teach students about the drug in health class. Educators worry students are receiving mixed messages. 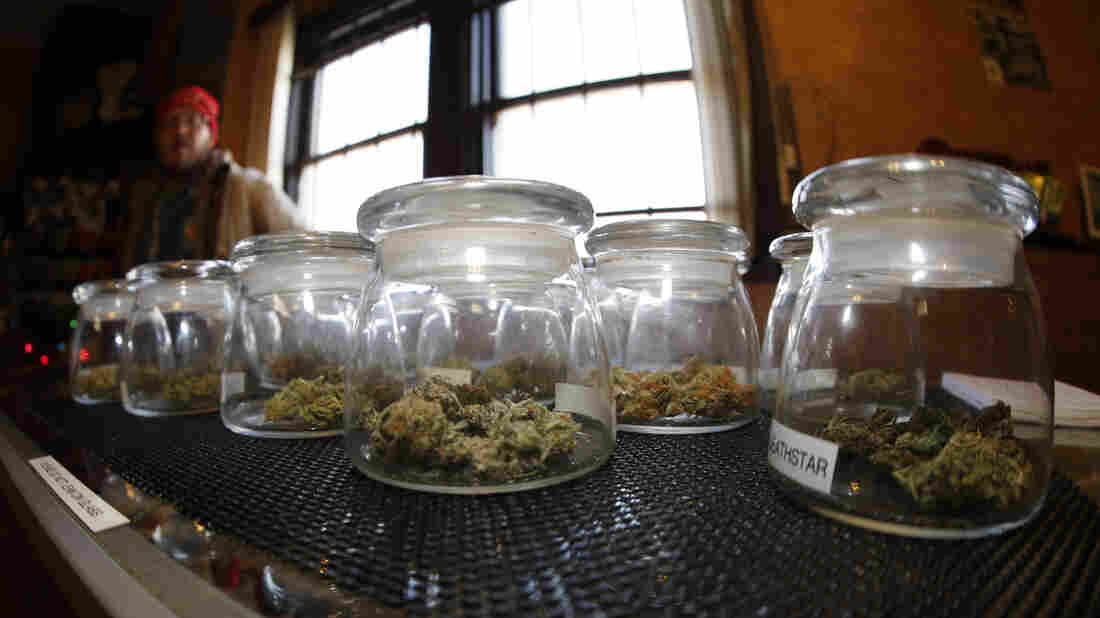 Schools in Colorado are trying to find effective ways to teach the health effects of marijuana use. "When it's legal for your parents to smoke it or grow it," says one educator, "that changes the conversation." David Zalubowski/AP hide caption 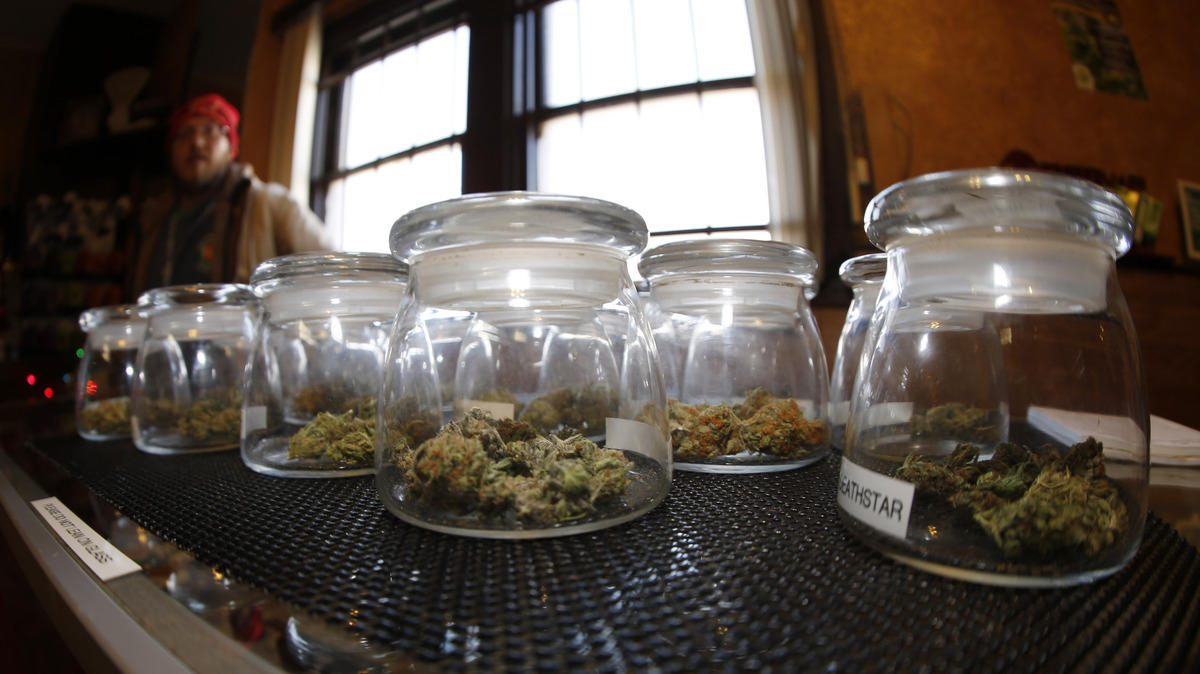 Schools in Colorado are trying to find effective ways to teach the health effects of marijuana use. "When it's legal for your parents to smoke it or grow it," says one educator, "that changes the conversation."

Like many schools across Colorado, Arapahoe Ridge High School in Boulder has seen an increase in overall drug incidents since recreational marijuana became legal.

"Especially since we use the phrase 'recreational marijuana,' " says Odette Edbrooke, health education coordinator for the Boulder Valley School District. "Recreational implies it's fun, and it's something you do in your spare time."

And as with other Colorado schools, Arapahoe Ridge is grappling with how best to discuss the health consequences of pot use. Edbrooke says the state's changing attitudes about marijuana send students a mixed message.

"When it's legal for your parents to smoke it or grow it, that changes the conversation," Edbrooke says.

This year the Boulder Valley School District is bringing in a neuroscientist to talk to health classes about the impacts of marijuana on brain development.

The Colorado Department of Education has not changed its statewide health curriculum guidelines since voters legalized marijuana. Up to this point, it has used money from marijuana taxes to put out a series of public service announcements on pot's negative effects.

Albert Amaya, 16, says no education campaign, either in school or on TV, could change his opinion. Amaya is a sophomore at Miami Yoder high school, east of Colorado Springs.

"I feel like, in comparison with things like alcohol and cigarettes, marijuana has far fewer long-term side effects," he says. "I saw one of the smoking commercials, and this guy couldn't start a barbecue because he was high. That's taking it to the extreme, I think. I don't think that just because you're high, that you can't function."

Senior Mercedes Wisenbaugh says what she learns in school isn't as effective as what she experiences in her own life.

"I've seen my family members, I see how lazy they get, I see how unmotivated they get," Wisenbaugh says. "I see how they're not tuned in to reality. They're in a different fog than everybody that does not smoke marijuana."

"Marijuana is unique, because ... this is a substance where you have a large community of people that really claim that it has a lot of health benefits," says Van Dyke. "You don't see that with tobacco."

"The messaging that probably I give my son, and that I would like the school to pick up on: I would like them to be given better coping skills," says Carol Gibbs, mother of four.

Gibbs says she's most concerned about the loss of drive among pot users. She wants her 16-year-old son to learn the best ways to deal with the stress of adolescence.

"When things get tough, I want these kids to have more options than relaxing with a joint, or getting lost in their electronic devices," Gibbs says.