Accessibility links
Fancy Hospital Flourishes Often Fail To Impress Patients : Shots - Health News A beautiful new building with the latest amenities may not count for much when patients size up how well doctors and nurses cared for them in the hospital. 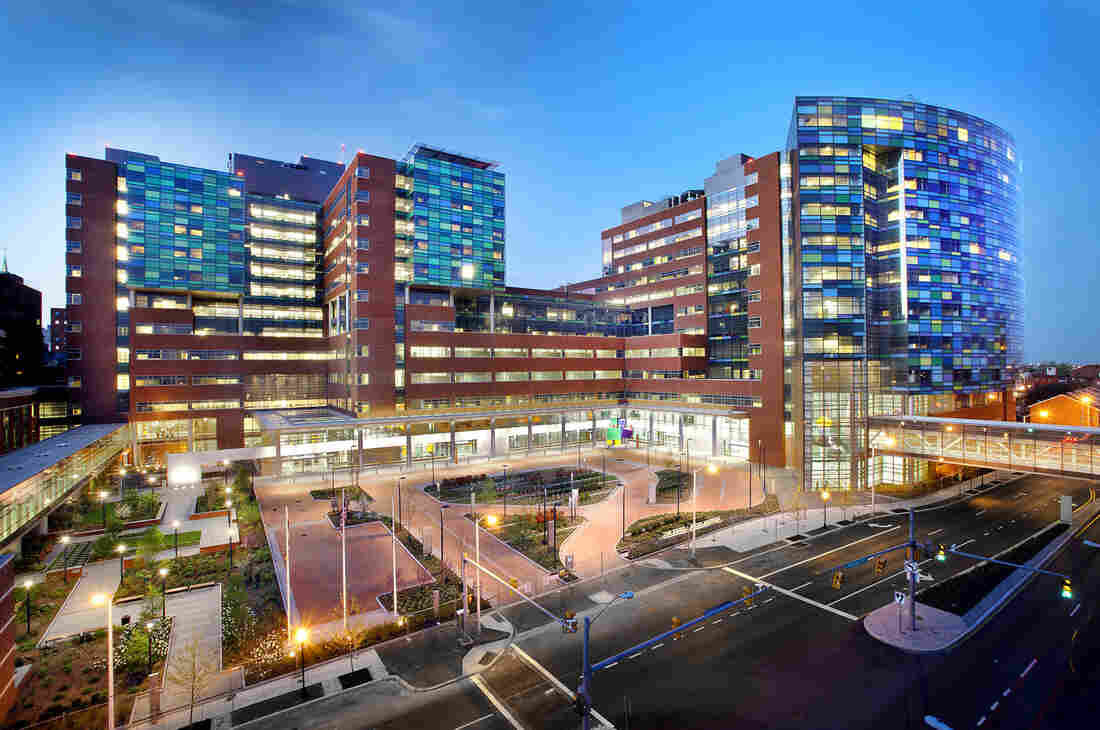 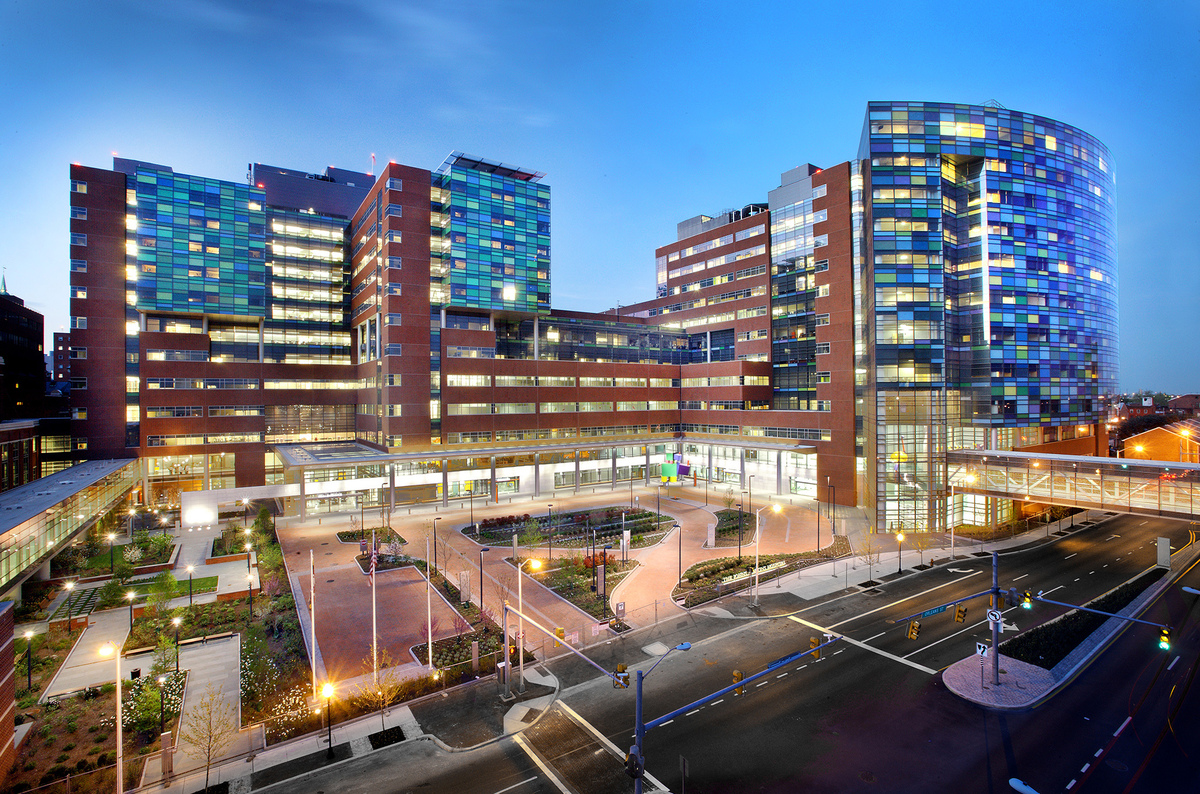 The sleek hospital tower that Johns Hopkins Medicine built in 2012 has the frills of a luxury hotel, including a meditation garden, 500 works of art, free wi-fi and a library of books, games and audio.

As Dr. Zishan Siddiqui watched patients and some fellow physicians in Baltimore move from their decades-old building into the Sheikh Zayed Tower, the internist saw a rare opportunity to test a widespread assumption in the hospital industry: that patients rate their care more highly when it is given in a nicer place.

For decades, hospital executives across the country have justified expensive renovation and expansion projects by saying they will lead to better patient reviews and recommendations. One study estimated $200 billion might have been spent over a decade on new building. Hopkins' construction of the tower and a new children's hospital cost $1.1 billion. Patient judgments have become even more important to hospitals since Medicare started publishing ratings and basing some of its pay on surveys patients fill out after they have left the hospital.

Siddiqui's study, published this month by the Journal of Hospital Medicine, contradicts the presumption that better facilities translate into better patient reviews. Siddiqui examined how patient satisfaction scores changed when doctors started practicing in the new tower, which has 355 beds and units for neurology, cardiology, radiology, labor and delivery and other specialties.

Siddiqui discovered that for the most part, patients' assessments of the quality of the clinical care they received did not improve any more than they did for patients treated in the older Hopkins building, which had remained open. Units there were constructed as early as 1913 and as late as 1980, Hopkins officials said. They functioned as the control group in the study, since a hospital's satisfaction scores often change over time even when a hospital's physical environment remains constant.

The study used the responses both to Medicare-mandated surveys and private ones from Press Ganey, a consulting company that administers surveys. In the study, Hopkins patient ratings about the cleanliness and quiet in new tower's rooms—elements Medicare uses in setting pay—soared, as did views on the pleasantness of the décor and comfort of the accommodations. But patient opinions about their actual care – such as the communication skills of doctors, nurses and staff — didn't rise any higher than they did in the older building.

"Despite the widespread belief among healthcare leadership that facility renovation or expansion is a vital strategy for improving patient satisfaction, our study shows that this may not be a dominant factor," Siddiqui and his fellow authors wrote.

The study's results were startling because previous studies have found that patients in older hospital buildings give lower scores on the quality of their care. Hospital executives have noticed it anecdotally as well. For instance, when NYU Langone Medical Center relocated its cardiology unit to a renovated floor, its patient experience scores rose.

Newer buildings allow for some medical benefits, such as better organized nursing stations and private rooms that protect against the spread of infectious bacteria and diseases. But some hospital leaders excuse low patient ratings by blaming the physical environment. The Hopkins researchers said their study showed that "hospitals should not use outdated facilities as an excuse for achievement of suboptimal satisfaction scores."

A nationwide survey from 2012 conducted by the consultants J.D. Power and Associates reached similar conclusions to the Hopkins paper about the influence of the physical environment on satisfaction scores. That survey found that communication by doctors, nurses and other staff was most important, while the facility accounted for a fifth of patient satisfaction.

After reading the Hopkins study, Dr. Bradley Flansbaum, a physician at Lenox Hill Hospital in Manhattan wrote on the blog of the Society of Hospital Medicine that "it just might be that what doctors do and say matters, and a first-class meal and green gardens cannot paper over, or in the converse, sully our evaluations."