Accessibility links
Will Vaping Reignite The Battle Over Smoking On Airplanes? : Shots - Health News It's been 25 years since people could light up with impunity on domestic airline flights. But that doesn't mean they're not still trying. And e-cigarettes are reviving conflict over clean air aloft.

Will Vaping Reignite The Battle Over Smoking On Airplanes?

Will Vaping Reignite The Battle Over Smoking On Airplanes? 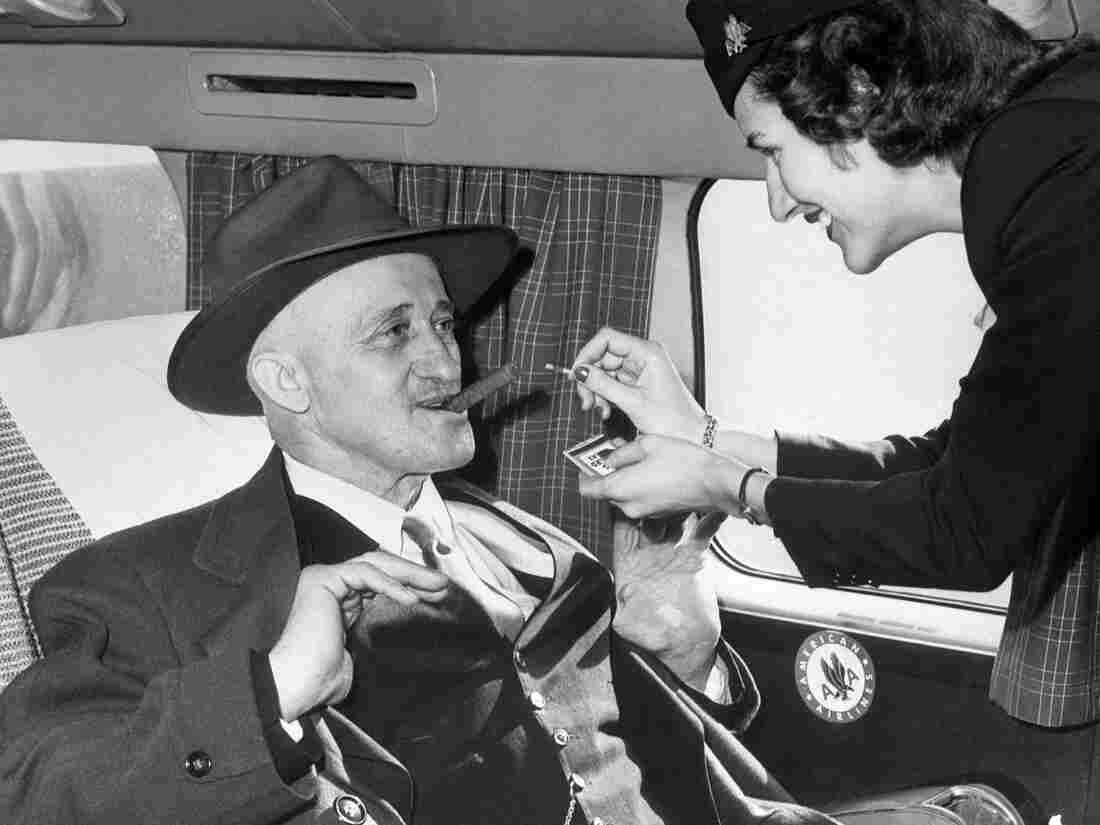 Those were the days: A stewardess lights a cigar for a passenger aboard an American Airlines flight in 1949. Bettmann/CORBIS hide caption 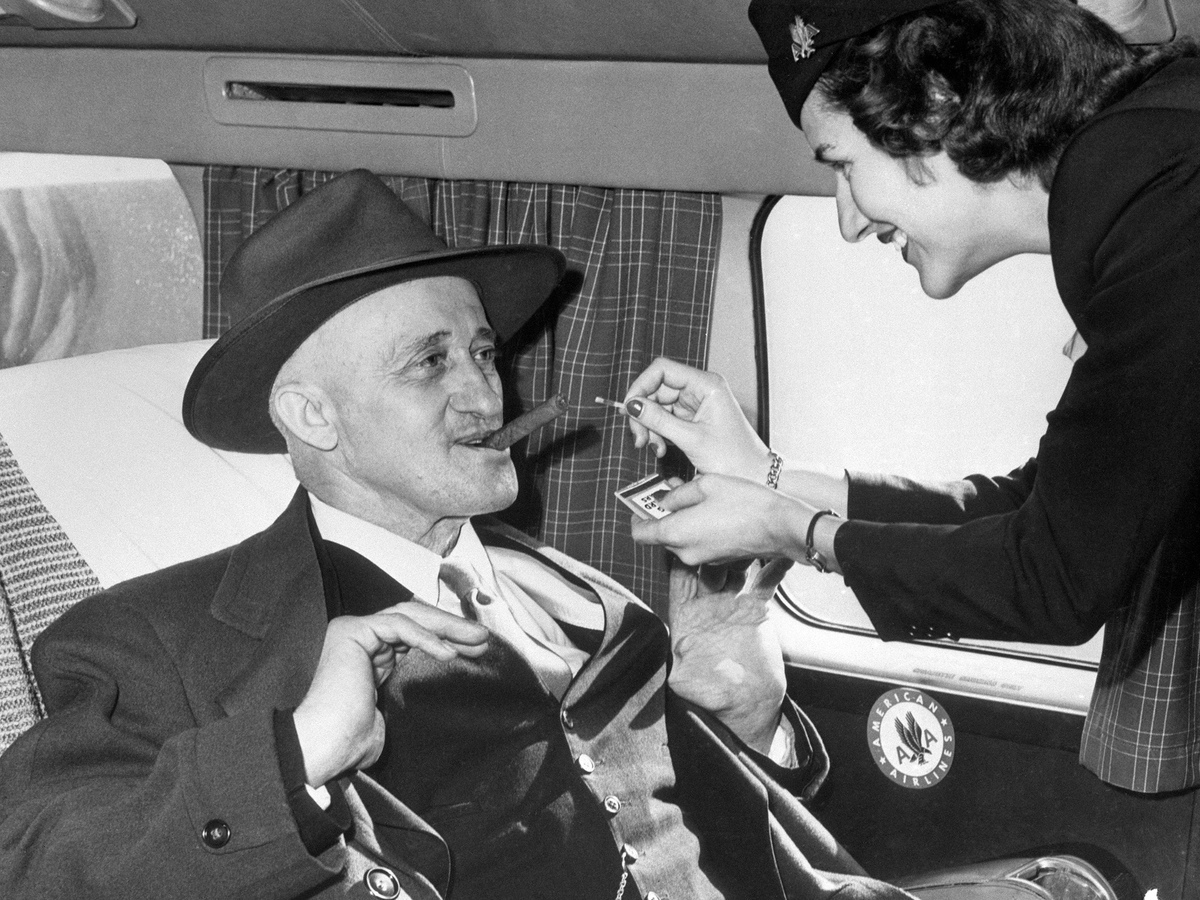 Those were the days: A stewardess lights a cigar for a passenger aboard an American Airlines flight in 1949.

My biggest concern while flying is whether my legs will fall victim to deep vein thrombosis from being crammed in the sardine can we call an airplane seat. But on the bright side, at least I'm not increasing my risk of lung cancer, emphysema and bronchitis because of secondhand smoke.

Wednesday marks the 25th anniversary of the ban on smoking on almost all domestic flights in the United States.

Getting clean air aloft wasn't easy. Flights attendants started pushing for a tobacco-free work environment in the 1960s, joined by public health advocates and airline pilots. In 1972, after polls showed that 60 percent of airline passengers were bothered by smoke in cabins, the Civil Aeronautics Board mandated separate sections for smokers and non-smokers.

But the smoking sections created huge enforcement problems for airline staff and didn't appease passengers or crew. Despite the unhappiness, regulators dithered.

A 1986 report from the National Research Council "unanimously and forcefully" called for a ban of smoking on all commercial flights. The council found that flight attendants were exposed to secondhand smoke equivalent to living with a pack-a-day smoker.

Is it still necessary to say "this flight is non-smoking" on flights?

Congress approved a ban of smoking on flights of less than two hours in 1987; flight attendants, health and consumer groups continued to push for a complete ban. A study published in the Journal of the American Medical Association in 1989 found that passengers in non-smoking sections often were exposed to as much smoke as those in the smoking section.

In 1990, the ban was extended to include all domestic flights of six hours or less. It took another decade of lawsuits, studies, ad campaigns and fines, but in 2000 Congress passed a law banning smoking on every single flight entering or leaving the country.

That all seems so long ago. But human nature being what it is, not everyone is willing to bid adieu to lighting up.

In 2007, singer Amy Winehouse spent half of an hour-long flight from London to Glasgow smoking on the plane's toilet. A diplomat from Qatar decided to light a pipe on a plane from Washington, D.C., to Denver in 2010. A plane traveling from Halifax, Nova Scotia, to the Dominican Republic was forced to land after a family allegedly smoked in a bathroom, then got into an altercation with flight attendants.

And just a few weeks ago, Paris Hilton's younger brother smoked marijuana and cigarettes on a plane from London to Los Angeles while calling other passengers "peasants." He now faces federal charges.

Not every idiot who tries to sneak a smoke makes the news. A few years ago I was flying home from school when the scent of cigarette smoke greeted my nostrils. Sure enough, the flight attendants banged on the door of the bathroom and a sheepish looking young man emerged. Flight attendants curtly escorted him to a new seat and kept a close eye on him for the remaining hours in the flight.

Now the big question is whether e-cigarettes should fall under the same restrictions.

The Department of Transportation considers the current smoking ban to include e-cigarettes, and the department is in the process of determining whether they need an explicit ban.

But many airlines have already included e-cigarettes in their no-smoking rules, and passengers, both vapers and nonvapers, report that flight attendants are starting to let people know that the friendly skies are a no-vaping zone.