Accessibility links
Doctors Join Forces With Lawyers To Reduce Firearms Deaths : Shots - Health News More than 32,000 people die each year in the United States in gun-related suicides, violence and accidents. The physicians seek universal background checks and other measures to reduce the toll. 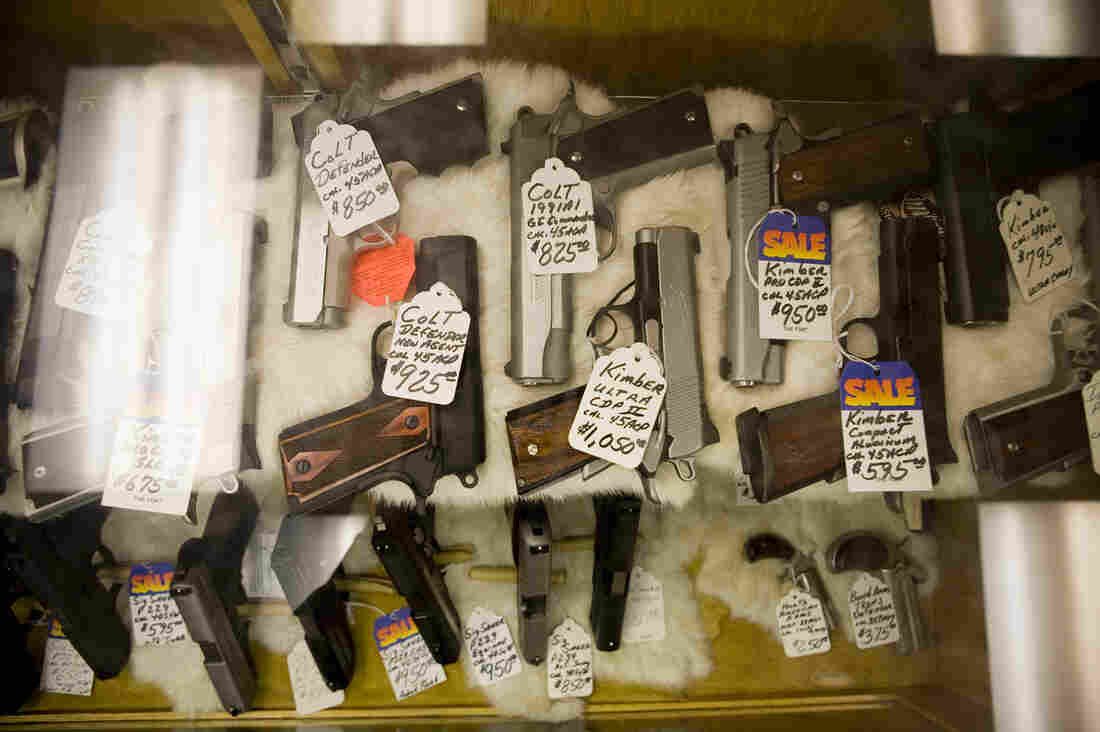 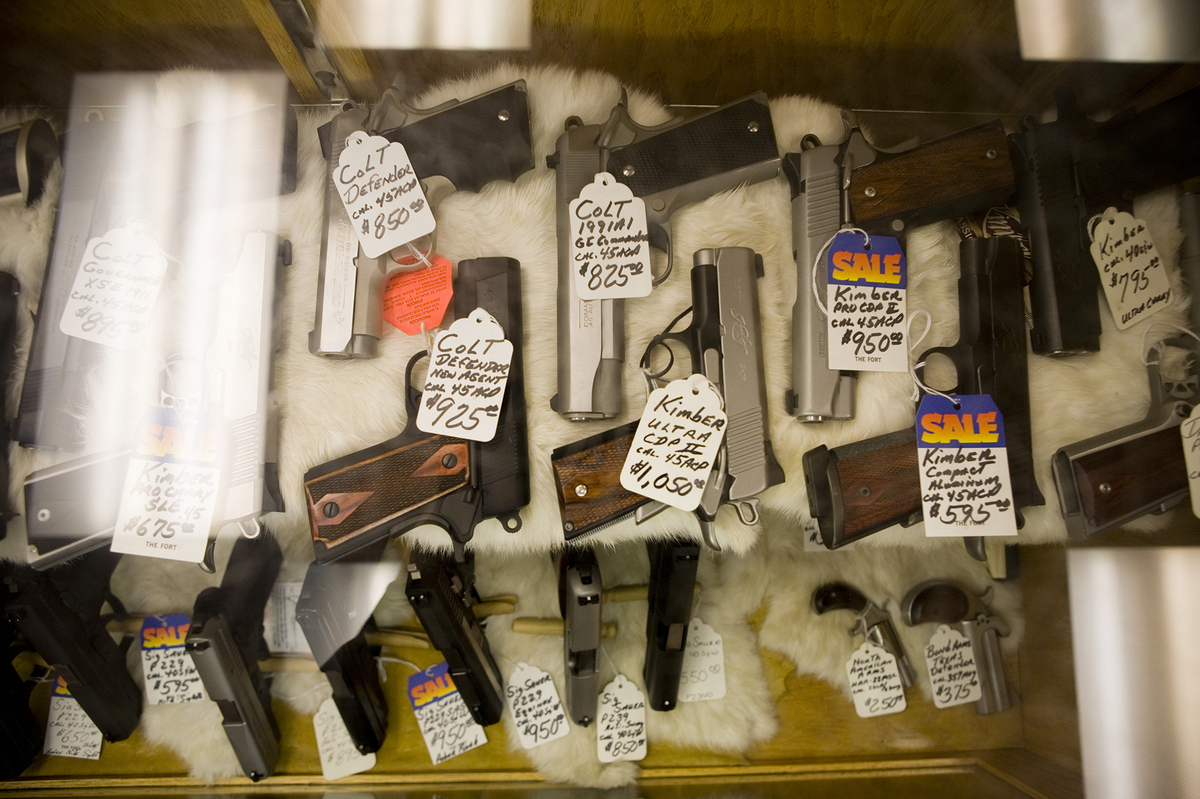 Closing loopholes in background checks for gun purchases would reduce the risk of death and injury, doctors' and attorneys' groups say.

Each year more than 32,000 people die in the United States as a result of suicides, homicides and accidents with firearms.

For years doctors have tried to reduce the toll by addressing gun injuries and deaths as a public health issue; there's ample evidence that ease of access to is linked to the number of suicides and homicides. But those efforts haven't gained much traction.

Your top priority is expanding criminal background checks to cover all firearm purchases. Why is that so important?

But you're also worried about laws that require doctors to report people who have mental health or substance abuse problems; some states bar them from buying or owning firearms. Why is that?

This is the tricky one. There needs to be better access to mental health care in the United States, I think there's no question about that. People who get adequate treatment are less likely to commit acts of violence. But if reporting of all people with mental health and substance abuse disorders is made a requirement, then people have a disincentive to seek care. We feel this has to be done on a case-by-case basis, not merely based on the presence of a mental or substance abuse disorder, but whether that person is at risk of doing harm to himself or herself or to others.

The paper says that private ownership of assault weapons represents a "grave danger to the public" and you want tighter restrictions on their use. How did you decide on that?

The tricky thing was how to define these particular types of firearms. We chose "military" type. We know gun manufacturers have done all sorts of things to get around those requirements in the past. It's relatively easy for the general public to say this is a military-style assault weapon in terms of the appearance and the magazine capacity. We really don't see any need for civilian use for those types of weapons or ammunition. And they have been of major import in mass shootings. So we feel it's critical to eliminate private use of those.

Obviously the gun lobby has been against anything at all that has any sort of restrictions on firearms or the type of person who can use firearms. Our hope is that there may be some ability to move this forward since we have the American Bar Association on this with us. We can speak to the medical and public health issues on this, but we are not constitutional law scholars. They have confirmed that these recommendations are constitutionally sound.

Some states have attempted "gag laws" that bar doctors from talking with patients or parents about gun safety or asking them if they have firearms in the house. As doctors you think this is a very bad idea. Why?

This is something that unfortunately comes up all the time. The idea that a pediatrician can't be speaking with a patient about the issue of firearm safety and whether there's a firearm in the home is really problematic. It does violate First Amendment rights, but beyond that it interferes with the physician-patient relationship in a really inappropriate way. With the things we've seen with a child going into a mother's pocketbook and pulling out a gun and shooting someone, it's tragic and it's unconscionable.

Doctors have been fighting this battle for years and not making much progress, frankly. It's got to be frustrating.

It is frustrating. One of the other authors on the report said that the number of people who are killed with firearms is the equivalent of a 747 going down with all its passengers once a week throughout the year. If we saw that would there be public uproar.

And these are preventable deaths. Homicides and suicides are things we can control. Obviously we recognize that this is an uphill battle. But it's such an important public health issue, we can't give up on it.