Accessibility links
Wireless Sensors Help Scientists Map Staph Spread Inside Hospital : Shots - Health News Over four months of tracking and testing, French researchers mapped the hops that bacteria made from one person to another. Within a month, a third of patients were newly colonized with staph. 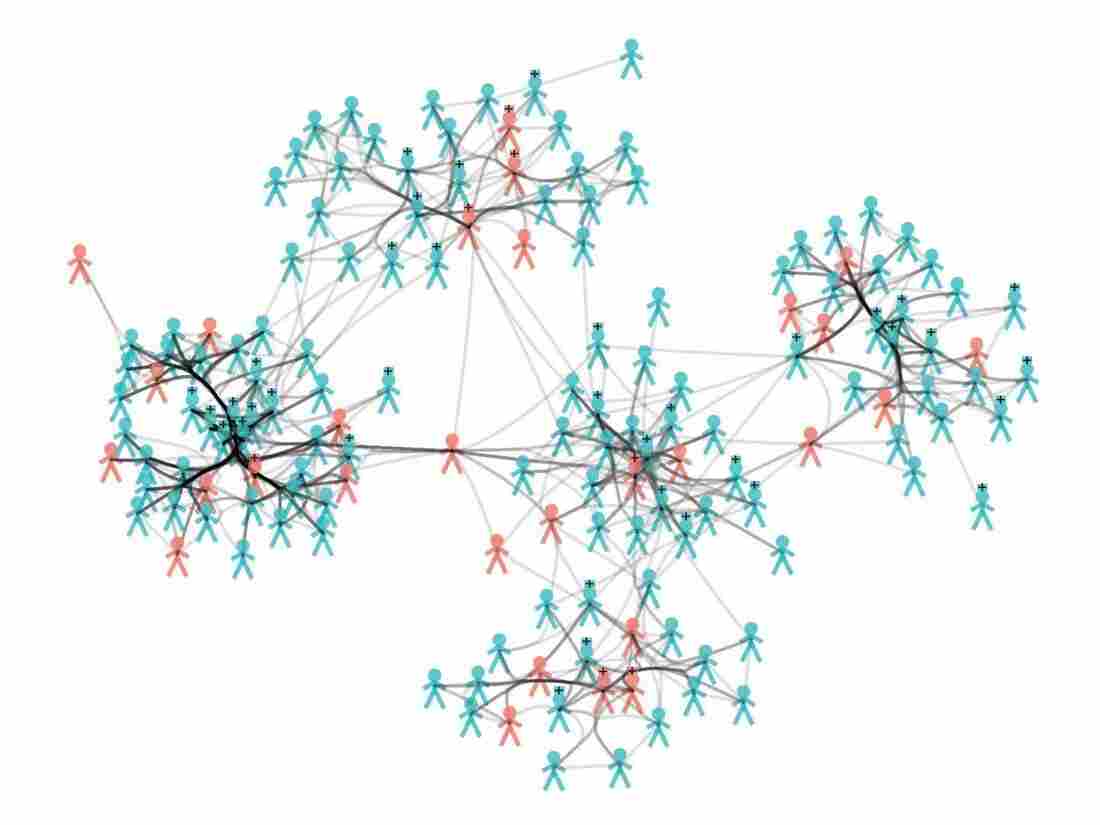 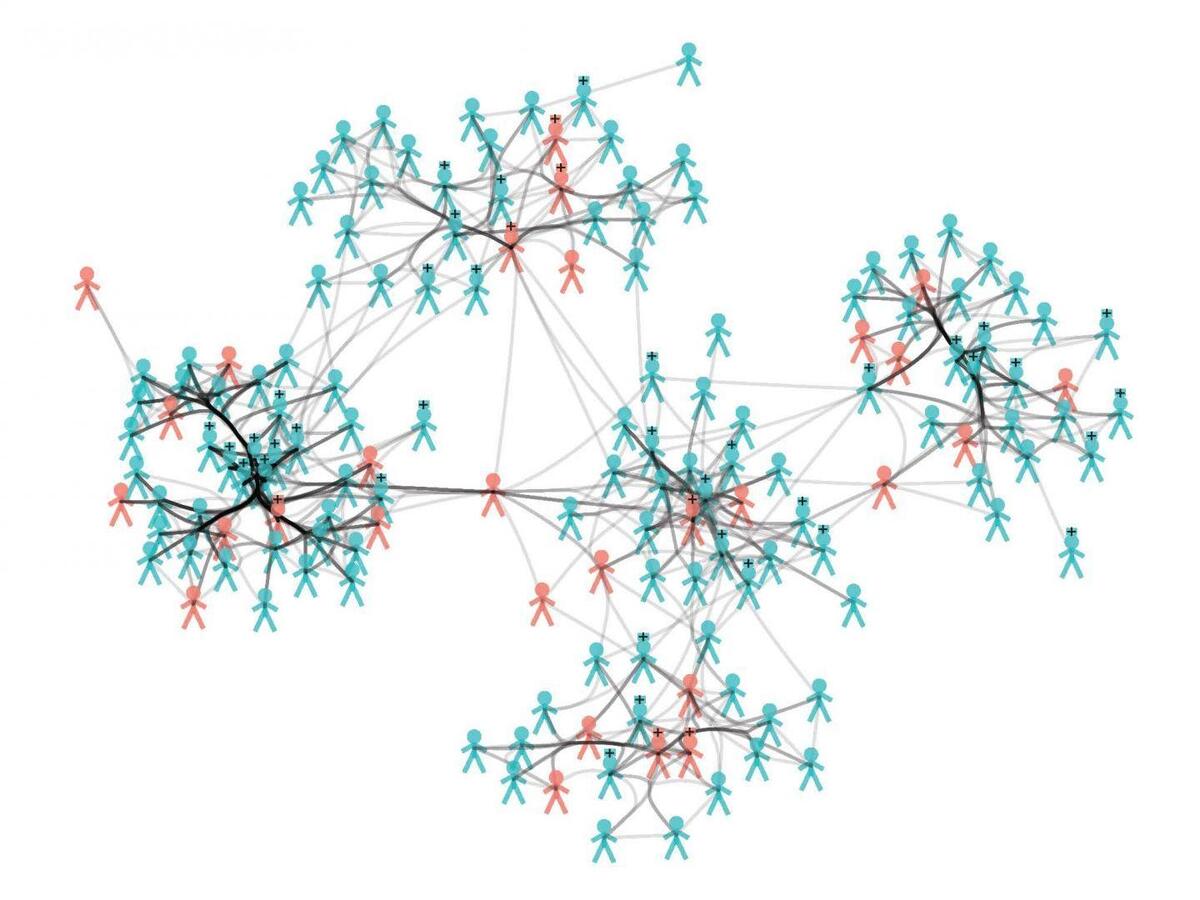 Grey lines connecting health care workers (marked with "+") and patients represent contacts between them. The red figures are carriers of MRSA.

Whatever lands you in the hospital or nursing home also puts you at risk for acquiring an infection, possibly one that's resistant to antibiotic treatment.

Staph infections are common problems in health care facilities, and many Staphylcoccus aureus bacteria are now resistant to drug treatment.

Chances are you've heard of MRSA, which is the kind of staph that isn't susceptible to methicillin, the antibiotic that used to be a silver bullet.

Staph is happy to live on your skin or up your nose. A person can harbor the bacteria and wind up spreading them without showing any signs of infection. A third of people carry staph in their noses, according to studies cited by the Centers for Disease Control and Prevention. About 2 percent of people carry MRSA.

Staph can spread through close contact with someone who's got a full-blown staph infection, such as an infected wound, or has been colonized by the bacteria.

But wouldn't it be cool track in detail how staph moves from person to person in the real world?

Some French researchers tested a way to do it. They outfitted 261 health care workers and all 329 patients in a long-term care hospital with wireless sensors that recorded their interactions with one another every 30 seconds.

The researchers also took weekly bacterial samples from the people's noses and used genetic tests to fingerprint the staph. That way the scientists could trace the movement of bacteria from person to person.

Over four months of tracking and testing, the researchers mapped the hops that bacteria made from one person to another to another. They documented 173 transmissions of staph between people in the study. About a third of patients who had been free of staph when admitted were colonized within a month.

The findings were published Thursday by PLOS Computational Biology.

"Bottom line is, monitoring contact networks is easy," Thomas Obadia, lead author of the research paper, tells Shots in an email. "Recorded signals are indeed correlated with transmission, so such data should be used to design targeted control measures, in hospital or [a long-term care facility]. While this is more of a methodological paper, we're now trying to use the same data in a more applied way, but again this part is still a work in progress."

Obadia, a doctoral student at Université Pierre et Marie Curie in Paris, says, "the next step is to identify contact patterns that put individuals more at risk of getting colonized (and therefore at a higher risk of developing an infection later on)."

"The brilliant thing that they did was to bring together the power of digital epidemiology methods," says David Hartley, an infectious disease epidemiologist at Cincinnati Children's Hospital Medical Center.

And the findings suggest, he says, "that it's possible to prevent new [staph] infections by carefully managing close-proximity interactions between patients and health care workers."