Accessibility links
High-Deductible Health Plans Cut Costs, At Least For Now : Shots - Health News Health plans that require people to pay thousands of dollars up front cut costs in the first three years, a study finds. But no one knows if costs will rise later as people avoid preventive care. 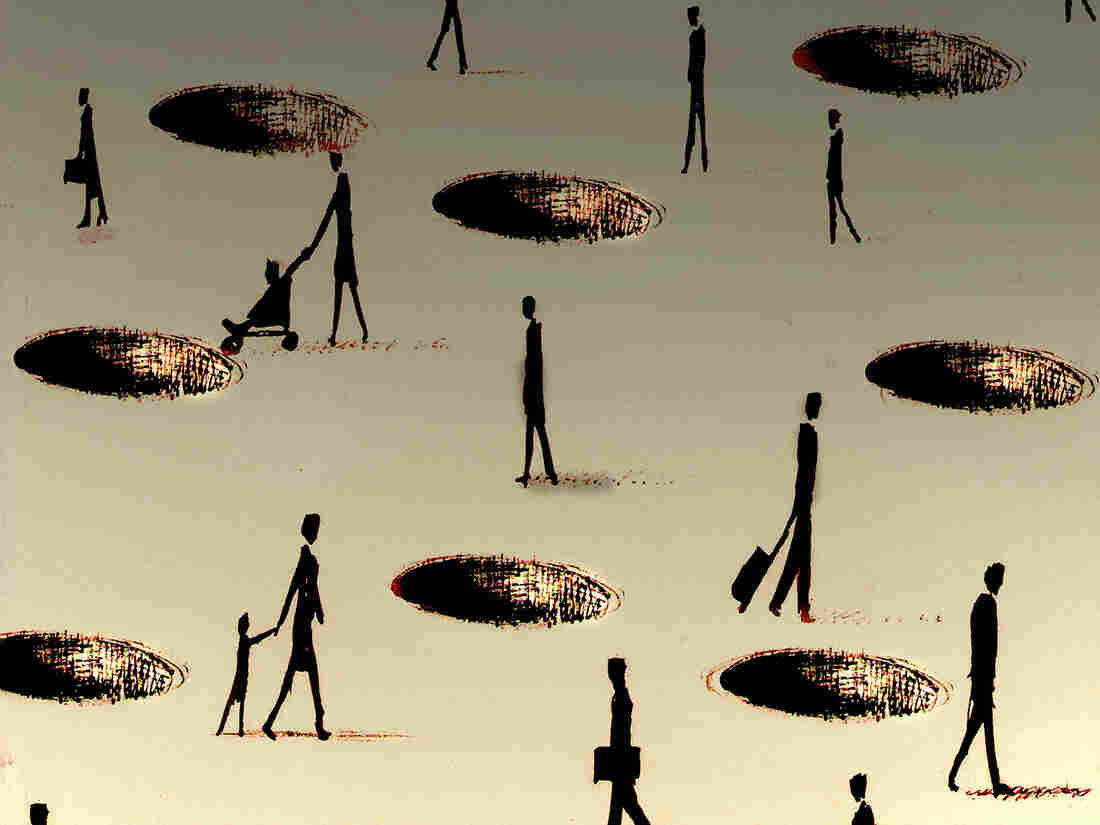 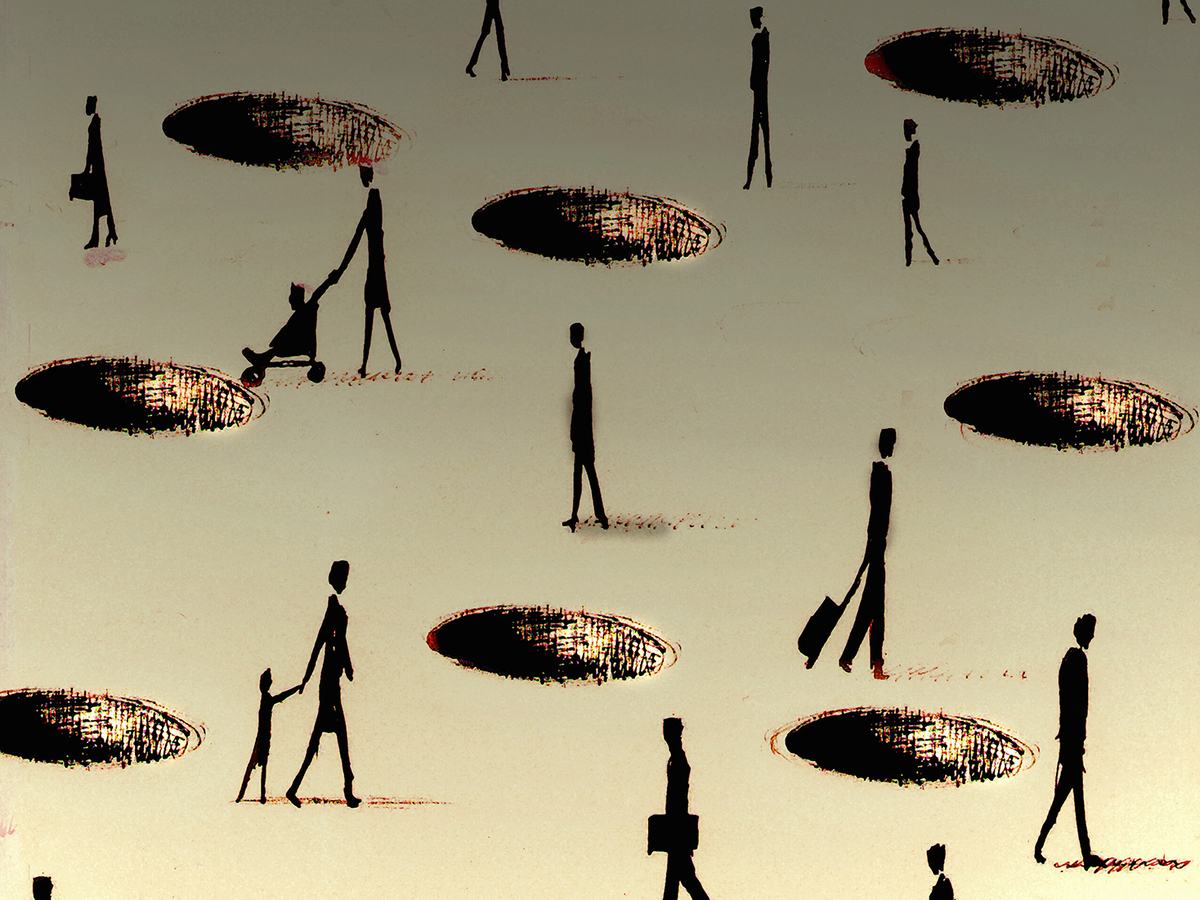 Got a high-deductible health plan? The kind that doesn't pay most medical bills until they exceed several thousand dollars? You're a foot soldier who's been drafted in the war against high health costs.

Companies that switch workers into high-deductible plans can reap enormous savings, consultants will tell you — and not just by making employees pay more. Total costs paid by everybody — employer, employee and insurance company — tend to fall in the first year or rise more slowly when consumers have more at stake at the health-care checkout counter whether or not they're making medically wise choices.

Consumers with high deductibles sometimes skip procedures, think harder about getting treatment and shop for lower prices when they do seek care.

What nobody knows is whether such plans, also sold to individuals and families through the health law's online exchanges, will backfire. If people choose not to have important preventive care and end up needing an expensive hospital stay years later as a result, everybody is worse off.

A new study delivers cautiously optimistic results for employers and policymakers, if not for consumers paying a higher share of their own health care costs.

Researchers led by Amelia Haviland at Carnegie Mellon University found that overall savings at companies introducing high-deductible plans lasted for up to three years afterwards. If there were any cost-related time bombs caused by forgone care, at least they didn't blow up by then.

"Three years out there consistently seems to be a reduction in total health care spending" at employers offering high-deductible plans, Haviland said in an interview. Although the study says nothing about what might happen after that, "this was interesting to us that it persists for this amount of time."

The savings were substantial: 5 percent on average for employers offering high-deductible plans compared with results at companies that didn't offer them. And that was for the whole company, whether or not all workers took the high-deductible option.

The size of the study was impressive; it covered 13 million employees and dependents at 54 big companies. All savings were from reduced spending on pharmaceuticals and doctor visits and other outpatient care. There was no sign of what often happens when high-risk patients miss preventive care: spikes in emergency-room visits and hospital admissions.

The suits in human resources call this kind of coverage a "consumer-directed" health plan. It sounds less scary than the old name for coverage with huge deductibles: catastrophic health insurance.

But having consumers direct their own care also requires making sure they know enough to make smart choices. That means getting vaccines and skipping dubious procedures like an expensive MRI scan at the first sign of back pain.

"What happens five years or 10 years down the line when people develop more consequences of reducing high-value, necessary care?"

Not all employers are doing a terrific job. Most high-deductible plan members surveyed in a recent California study had no idea that preventive screenings, office visits and other important care required little or no out-of-pocket payment. One in five said they had avoided preventive care because of the cost.

"This evidence of persistent reductions in spending places even greater importance on developing evidence on how they are achieved," Kate Bundorf, a Stanford health economist not involved in the study, said of consumer-directed plans.

"Are consumers foregoing preventive care?" Bundorf asks. "Are they less adherent to [effective] medicine? Or are they reducing their use of low-value office visits and corresponding drugs or substituting to cheaper yet similarly effective prescribed drugs?"

Employers and consultants are trying to educate people about avoiding needless procedures and finding quality caregivers at better prices.

That might explain why the companies offering high-deductible plans saw such significant savings even though not all workers signed up, Haviland said. Even employees with traditional, lower-deductible plans may be using the shopping tools.

The study doesn't close the book on consumer-directed plans.

"What happens five years or 10 years down the line when people develop more consequences of reducing high-value, necessary care?" Haviland asked. Nobody knows.

And the study doesn't address a side effect of high-deductibles that doctors can't treat: pocketbook trauma. Consumer-directed plans, often paired with tax-favored health savings accounts, can require families to pay $5,000 or more per year in out-of-pocket costs.

Three people out of 5 with low incomes and half of those with moderate incomes told the Commonwealth Fund last year their deductibles are hard to afford.

As in all battles, the front-line infantry often makes the biggest sacrifice.