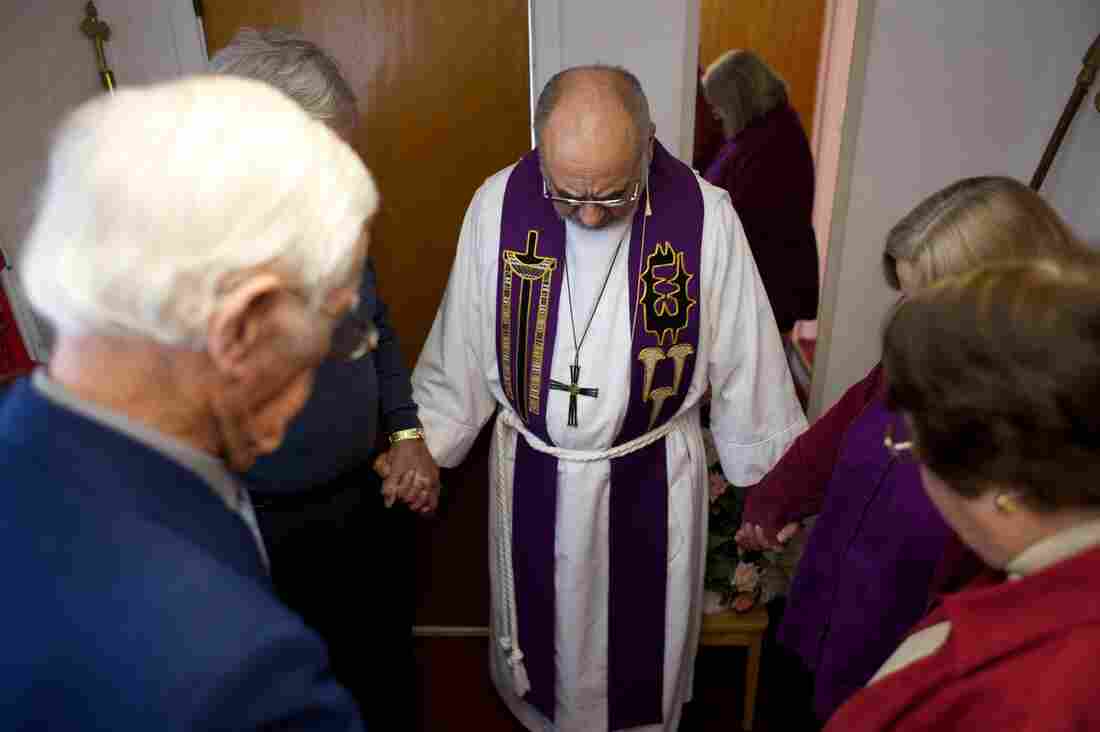 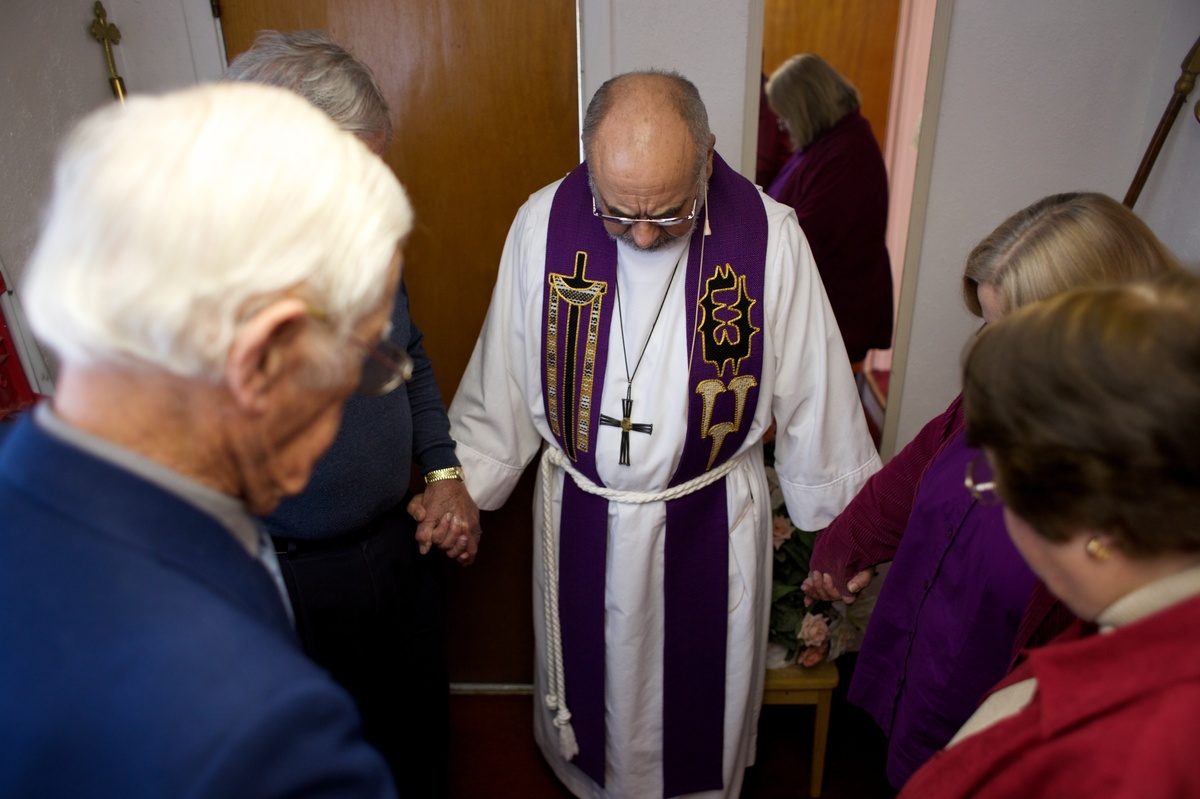 The Rev. Vernon Holmes leads a Lutheran congregation near Sacramento, Calif., that supports the state's right-to-die bill. He describes his faith as promoting quality of life.

Clergy, more than a lot of people, come face to face with death regularly.

The Rev. Vernon Holmes, for example, leads a Lutheran congregation near Sacramento; the average age of members is 79.

His faith promotes quality of life, Holmes says. And that same faith leads him to challenge the status quo and injustice. His congregation belongs to an advocacy group called California Church Impact, which supports California's bill that would allow the terminally ill to end their own lives with medical assistance.

The state is one of nearly 20 with right-to-die legislation under consideration this year. The measures would legalize prescriptions to speed dying for terminally ill patients.

"There are things in life that are worse than death," Holmes says.

His experience as a founding member of a regional hospice program for the terminally ill helped him come to that conclusion, he says. The people he encountered didn't fear dying as much as losing independence, being a burden or living in constant pain. His faith, he says, is about supporting people to live free and productive lives.

"When that's no longer possible, and they feel that their life has come to a point of closure, and they are in the process of dying, to have some say in that process, seems to be the more just approach," he says.

Doctors With Cancer Push California To Allow Aid In Dying

"I don't think Jesus would want us to suffer," Rheault says. "I think he would agree with us. To me it's not suicide — it's help."

But Ned Dolejsi, from the California Catholic Conference, a legislative advocacy group that represents the state's Catholic bishops, takes a different view. The legislation now under consideration in California doesn't protect or respect the most vulnerable, he says.

Catholics believe suffering is part of life, Dolejsi says, and that the challenge is to transform that suffering. If people are in pain when they're dying, he believes, they're probably getting bad medical care.

"That's a challenge we should all be addressing as a society," Dolejsi says. "Not saying 'Oh, because there is this pain ... then we have to allow someone to separate themselves from the rest of us, and to take their own life.' "

Instead, he says, society should focus on, "How do we make sure no one dies in pain, and no one dies alone?"

Many Christian denominations officially oppose physician-aided dying. But Peg Sandeen of the Death with Dignity National Center says that on an individual level, people of faith have long supported the cause.

"Death with dignity is absolutely compatible with Christian views," she says. "It's about compassion. It's about love; it's about family. And those seem to be deeply held Christian values."

Faith is only one cause for debate around California's End of Life Option Act. There's a long list of groups weighing in — pro and con — as the bill travels through the Legislature.