Accessibility links
Bundle Of Joyful Microbes: Mom's DNA Alters Baby's Gut Bacteria : Shots - Health News Babies have a microbe in their gut that prevents infections and helps the immune system. But not all infants get the bacteria at the same time, or in the same amount. Scientists have figured out why. 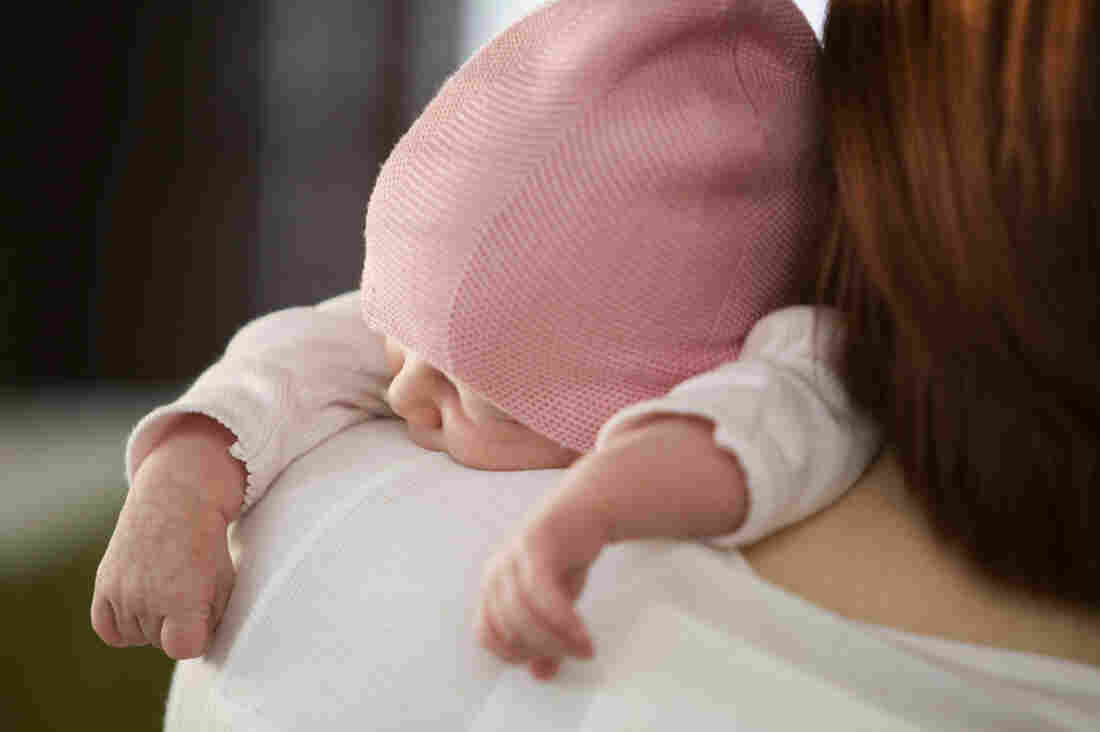 During the first year of life, a baby's gut will become home to about 1,000 species of bacteria. iStockphoto hide caption 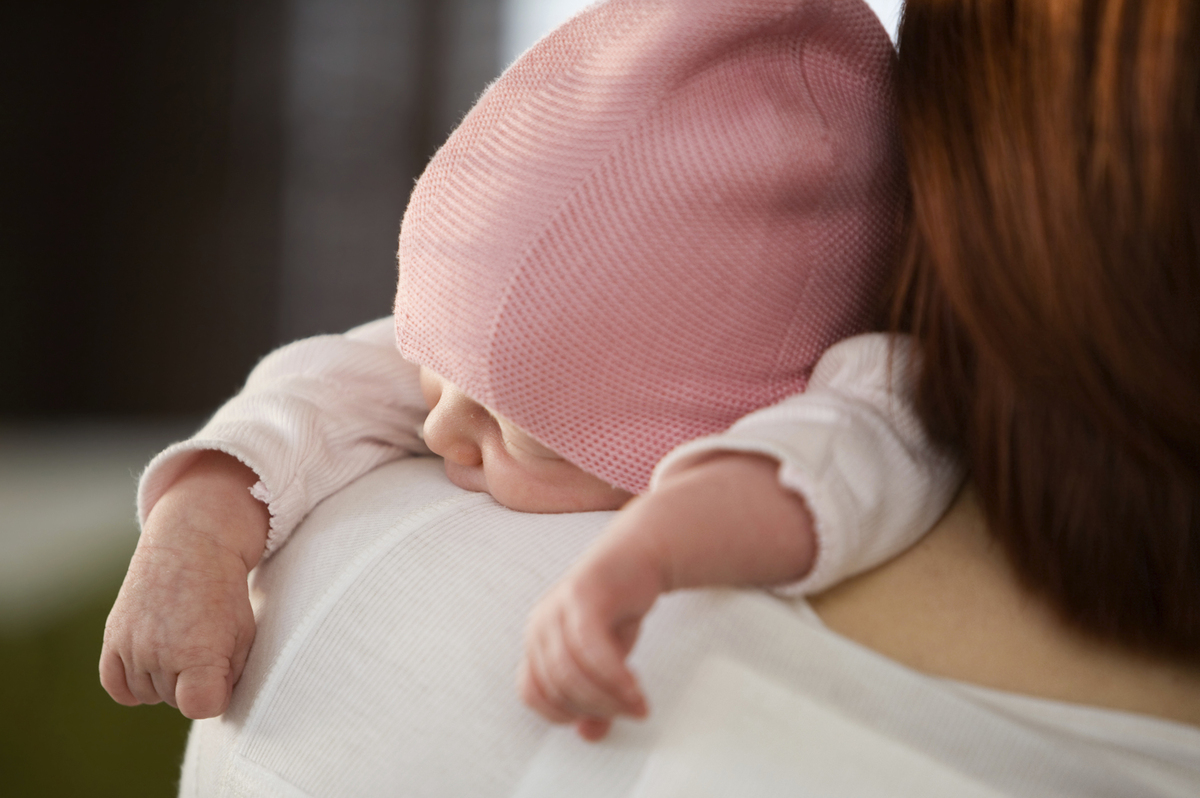 During the first year of life, a baby's gut will become home to about 1,000 species of bacteria.

Right after birth, trillions of microbes rush into a baby's gut and start to grow. Most of these critters come from the mom's skin, birth canal and gut.

But exactly which types of bacteria take up residence in an infant's gut can depend on the mother's DNA, scientists reported Thursday.

The study, published in the journal Microbiome, focuses on a microbe called Bifidobacterium that potentially benefits babies. 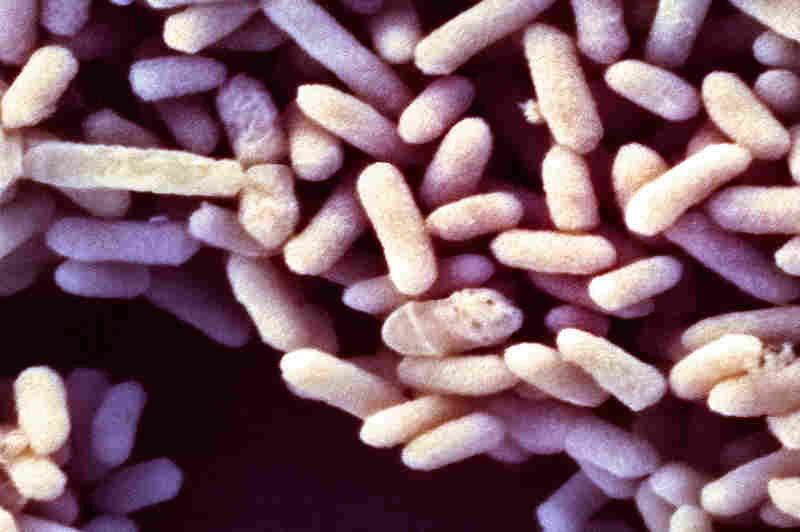 Bifidobacteria are among the first microbes to show up in a baby's intestinal tract after birth. Some studies suggest a particular type of Bifidobacteria can prevent infections and help establish the newborn's immune system. Dr. Gary Gaugler/Science Source hide caption 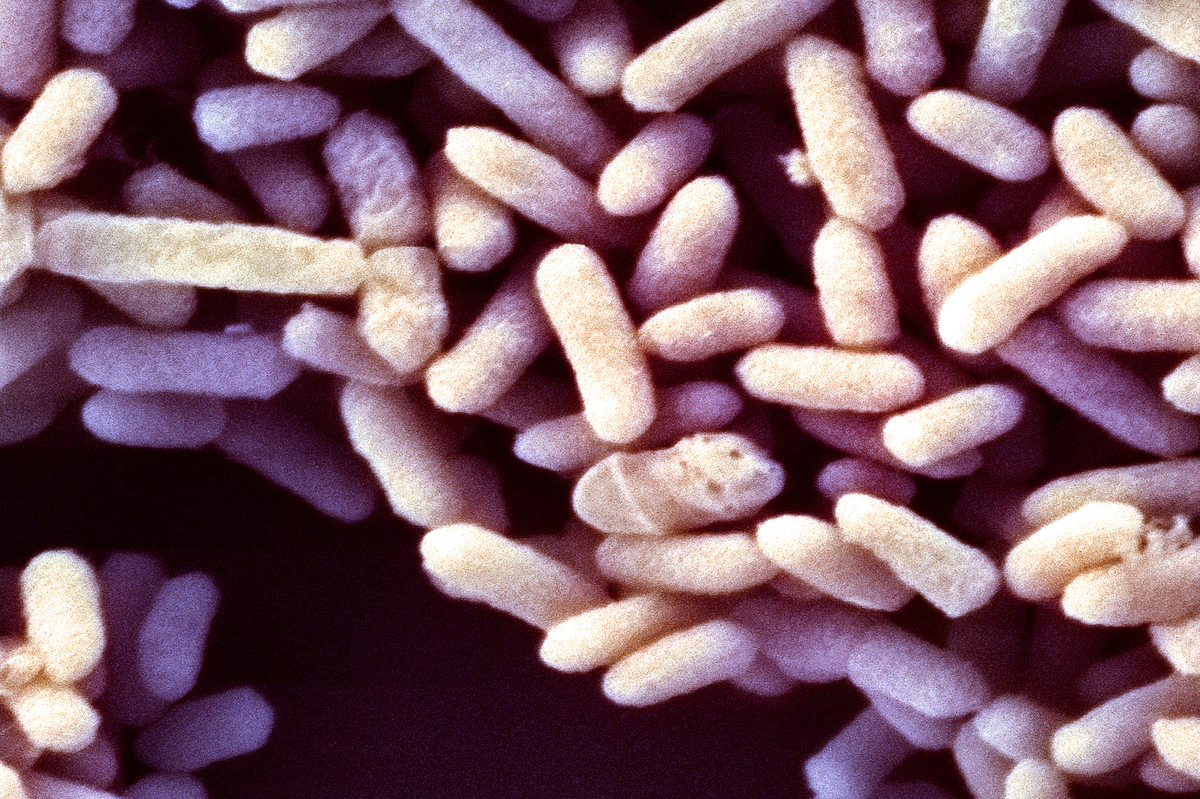 Bifidobacteria are among the first microbes to show up in a baby's intestinal tract after birth. Some studies suggest a particular type of Bifidobacteria can prevent infections and help establish the newborn's immune system.

"It plays a role in preventing infections," says Zachery Lewis, a graduate student in microbiology at the University of California, Davis, who contributed to the study. "Bifidobacteria sort of push other bacteria out. They lower the gut's pH, which a lot of pathogens don't like."

After birth, Bifidobacterium is one of the first microbes to arrive in a baby's gut. But not all infants get the microbe at the same time — or in the same amounts.

Now Lewis and his colleagues have figured out why: A single gene in the mom controls the behavior of Bifidobacterium, and that gene works through breast milk.

Women have a whole suite of genes that control the precise recipes of their breast milk, Lewis says. One gene, called FUT2, manufactures a special sugar that Bifidobacterium loves to eat. But about 20 percent of women have a mutation in this gene. So those women make much less of the special sugar.

Lewis and his colleagues thought perhaps this mutation might affect how much Bifidobacteria live in a baby's gut. And they were right.

The study was small — only 44 women. Twelve had the mutation in the special sugar-making gene and 32 didn't. But the findings were clear.

Babies whose moms carry the mutation had about 10 times fewer Bifidobacteria in their guts, on average, than the babies whose moms had a working version of the gene. The former also tended to pick up the bacteria later.

"I think it's exciting how just a single gene is enough to change the baby's microbiome," Lewis says. "It shows that establishing the microbiome is an intricate process, orchestrated by the breast milk."

But the finding comes with many caveats. The team didn't analyze whether the boost in Bifidobacteria had any health effects on the baby. And a whole slew of other factors influence which critters live in a baby's gut. In particular, babies pick up the microbes around them.

"If you're living in an unhygienic home, the baby will have a completely different microbiome than one in a home that gets Cloroxed every day," Lewis says. "Our findings are for babies living in Davis, California. The gene could have totally different effects in other parts of the world."

Lewis says FUT2 is only one of many genes that likely help establish an infant's microbiome.

"We definitely don't want any mothers to think that their breast milk is any less healthy or valuable [if they have the mutation]," he says.

And it's not always possible to breast-feed, while some women choose not to. That's one reason why some scientists are studying how breast milk works, Lewis says: to help make better formula.