Accessibility links
Letters About Dense Breasts Can Lead To More Questions Than Answers : Shots - Health News Nearly half the states in the U.S. require that women be notified if mammograms detect that they have dense breasts. Critics say the information raises anxiety more than it improves care. 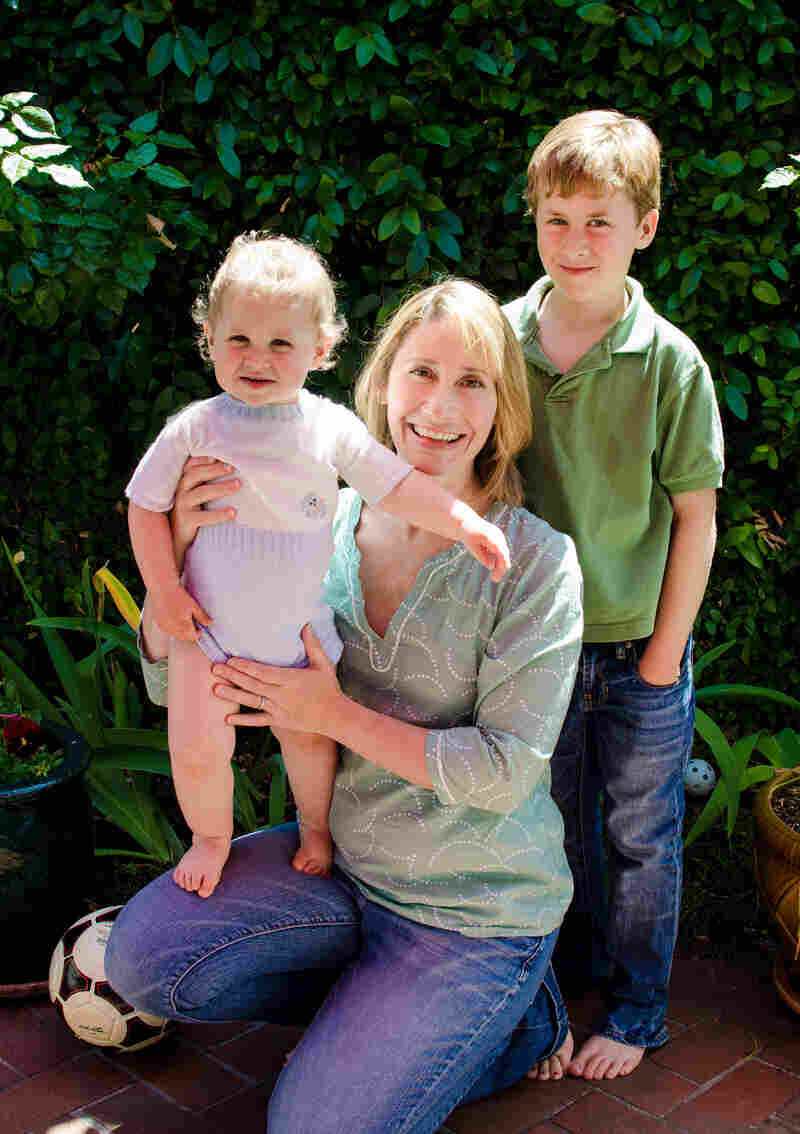 Caryn Hoadley, 45, from Alameda, Calif., with her two children. Hoadley received a letter that said her mammogram was clean but that she has dense breast tissue, which has been linked to higher rates of breast cancer Courtesy of Poppins Photography hide caption 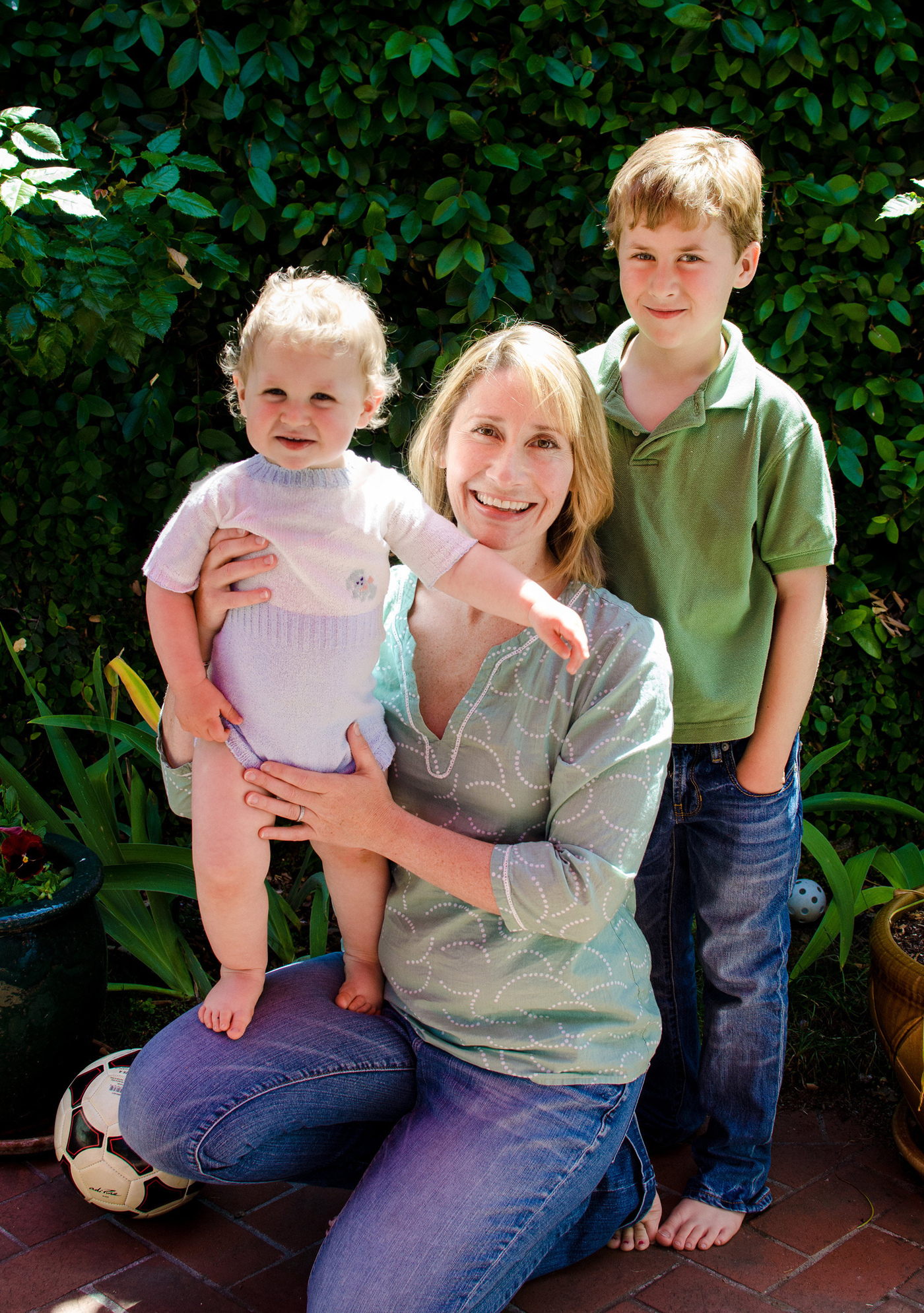 Caryn Hoadley, 45, from Alameda, Calif., with her two children. Hoadley received a letter that said her mammogram was clean but that she has dense breast tissue, which has been linked to higher rates of breast cancer

Earlier this year, Caryn Hoadley received an unexpected letter after a routine mammogram.

The letter said her mammogram was clean but that she has dense breast tissue, which has been linked to higher rates of breast cancer and could make her mammogram harder to read.

"I honestly don't know what to think about the letter," said Hoadley, 45, who lives in Alameda, Calif. "What do I do with that information?"

Millions of women like Hoadley may be wondering the same thing. Twenty-one states, including California, have passed laws requiring health facilities to notify women when they have dense breasts. Eleven other states are considering similar laws and a nationwide version has been introduced in Congress.

The laws have been hailed by advocates as empowering women to take charge of their own health. About 40 percent of women have dense or extremely dense breast tissue, which can obscure cancer that might otherwise be detected on a mammogram.

But critics say the laws cause women unnecessary anxiety and can lead to higher costs and treatment that doesn't save lives or otherwise benefit patients.

"While I think the intent of these laws is well meaning, I think their impact is going to be a significant problem, where we end up doing more harm than good," said Dr. Laura Esserman, a University of California, San Francisco surgeon and breast cancer specialist.

Typically, the laws require a notice be sent to a woman if she has dense breast tissue seen on a mammogram. Some notifications suggest that a woman talk to her doctor about additional screening options.

But in some states, not including California, the laws go further by requiring health providers to offer a supplemental screening, such as an ultrasound, to women with dense breasts even if their mammograms are clean. Connecticut, Illinois and Indiana even require insurers to pay for screening ultrasound after mammography if a woman's breast density falls above a certain threshold.

Otherwise insurers don't routinely cover supplemental screening for women with clean mammograms, even if they have dense breasts. The Affordable Care Act doesn't require it.

The problem, Esserman says, is that no medical consensus exists on whether routine supplemental screening for women with dense breasts is worthwhile.

Another study conducted in Connecticut after its notification law went into effect found that supplemental ultrasound screening for women with dense breasts did find a few additional cancers — about 3 per 1,000 women screened. But the probability that such screenings would find life-threatening cancers was low.

Dense breast notification laws have added another layer of complexity to the long-running and often emotional debate over how best to screen women for breast cancer.

Breast cancer is the second most common form of cancer among American women, behind skin cancers, and the second leading cause of cancer death. An estimated 231,840 U.S. women will be diagnosed with invasive breast cancer in 2015, according to the American Cancer Society.

About 38.5 million mammograms are performed each year in an attempt to find signs of cancer early enough to treat it successfully. Emerging technologies like tomosynthesis, a 3-D digital X-ray of the breast, may become cheap enough to replace conventional mammography and make the notification laws irrelevant, but their widespread use is years away.

For a long time, women were advised to start yearly mammograms at about age 40, but in 2009, the U.S. Preventive Services Task Force issued controversial recommendations that most women without a family history of breast cancer or other risk factors should wait until age 50 to begin mammograms, and repeat them every two years. Patient advocates decried the recommendations as rationing preventive health care for women.

In the meantime, Nancy Cappello, an education administrator from Connecticut, was pushing to pass what became the nation's first dense breast notification law. Just two months after a clean mammogram, she had been diagnosed with breast cancer that had spread to her lymph nodes. She had extremely dense breasts, something her radiologist knew but Cappello wasn't told. Dense breasts have more glandular and fibrous tissue, which block the X-rays used in mammograms more than fatty tissue does.

Eventually, she founded a patient advocacy organization and took her campaign national.

"There's no evidence that we're scaring women. Most women I've talked to are very happy to get these notifications," said Cappello, whose cancer is in remission. "We want to make informed decisions ... to have a better chance of surviving the disease."

Dr. Jane Kakkis, a breast cancer surgeon in Fountain Valley, Calif., supports dense breast notification laws and testified in front of Nevada lawmakers before that state passed its law in 2013. Like Cappello, she dismisses concerns that the notification laws will cause undue fear.

"You have no idea what fear is until you have a cancer that's already spread to your lymph nodes," Kakkis said. "Patients will say in disbelief, 'But I just had a mammogram and it was normal.' They can't believe how advanced it is. Dense breast notification is bringing up a whole conversation about risk that wouldn't come up otherwise." 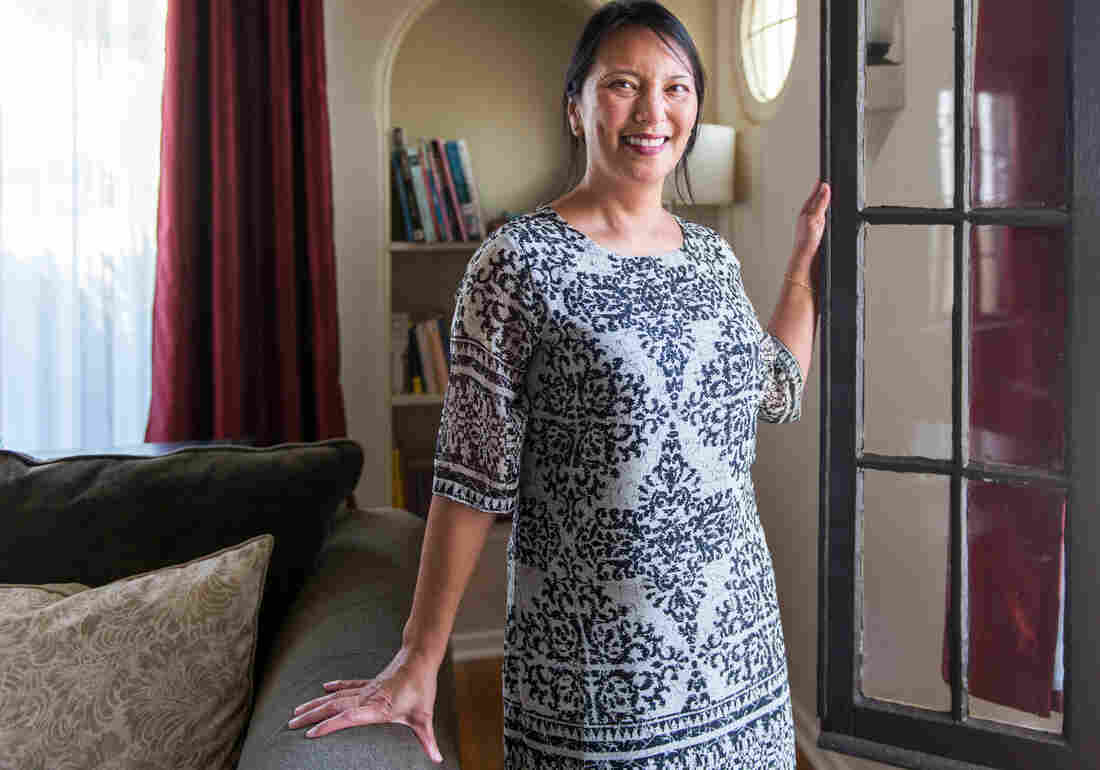 Catharine Becker of Fullerton, Calif., was diagnosed with stage 3 breast cancer at 43 despite having a clean mammogram. The mother of three didn't know she had dense breast tissue until after she was diagnosed. Heidi de Marco/Kaiser Health News hide caption 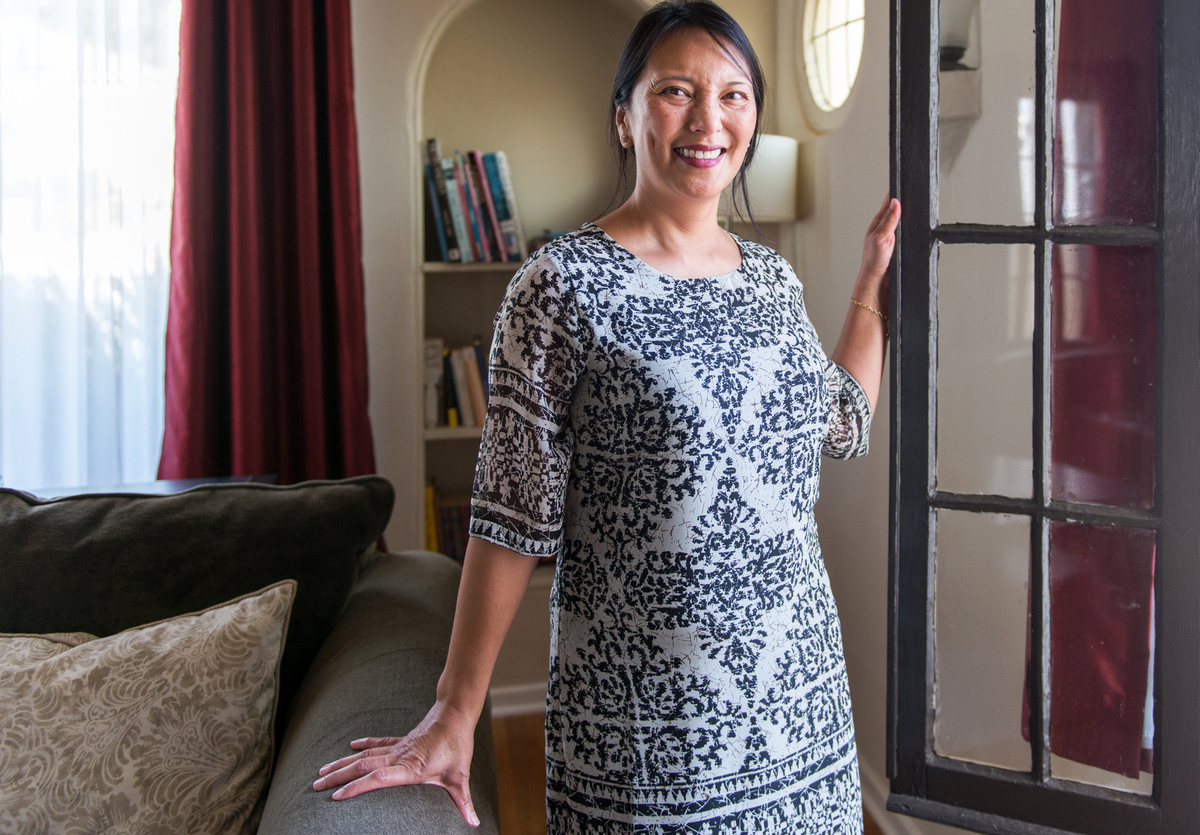 Catharine Becker of Fullerton, Calif., was diagnosed with stage 3 breast cancer at 43 despite having a clean mammogram. The mother of three didn't know she had dense breast tissue until after she was diagnosed.

One of Kakkis' patients, Catharine Becker of Fullerton, was diagnosed with breast cancer six years ago. She'd felt a lump three months after a clean mammogram. Because Becker had a family history of breast cancer – her mother died from the disease – she started mammograms early, at age 35. But they never showed any cancer. Until she was diagnosed, she didn't know she had dense breast tissue.

"To be told at age 43 I had stage 3 cancer after a clean mammogram was really a shock," Becker said, crediting her survival to breast self-exam and her doctors. "I'd rather have more information than less."

Women with moderately dense breasts have about a 20 percent higher chance of getting breast cancer than women who don't. Those with the highest-density breasts have about double. To put these numbers into perspective, if an average 50-year-old woman has a 2.38 percent chance of getting cancer in the next 10 years of her life, a woman with the highest density breasts would have a 4.76 percent chance of being diagnosed.

One reason she wrote the article, she said, was "in our state [Massachusetts] very few of our primary care providers have any knowledge about breast density and strengths and limitations of these different tests" for supplemental screening.

The same may hold true in California, where a small survey of primary care doctors found that only half of them had heard of the state's 2013 dense breast notification law and many felt they didn't have enough education to address what breast density meant for their patients.

On this point, both supporters and critics of the laws agree: Doctors need better tools to help their patients identify their individual cancer risks.

To that end, specialists are developing more personalized screening protocols that result in low-risk women being screened less often than higher-risk women.

"It's not rationing, it's being rational," said Esserman, who has a $14 million grant to study the issue. "We should be testing different approaches for screening women with dense breasts, and then pass legislation once we know what to do."