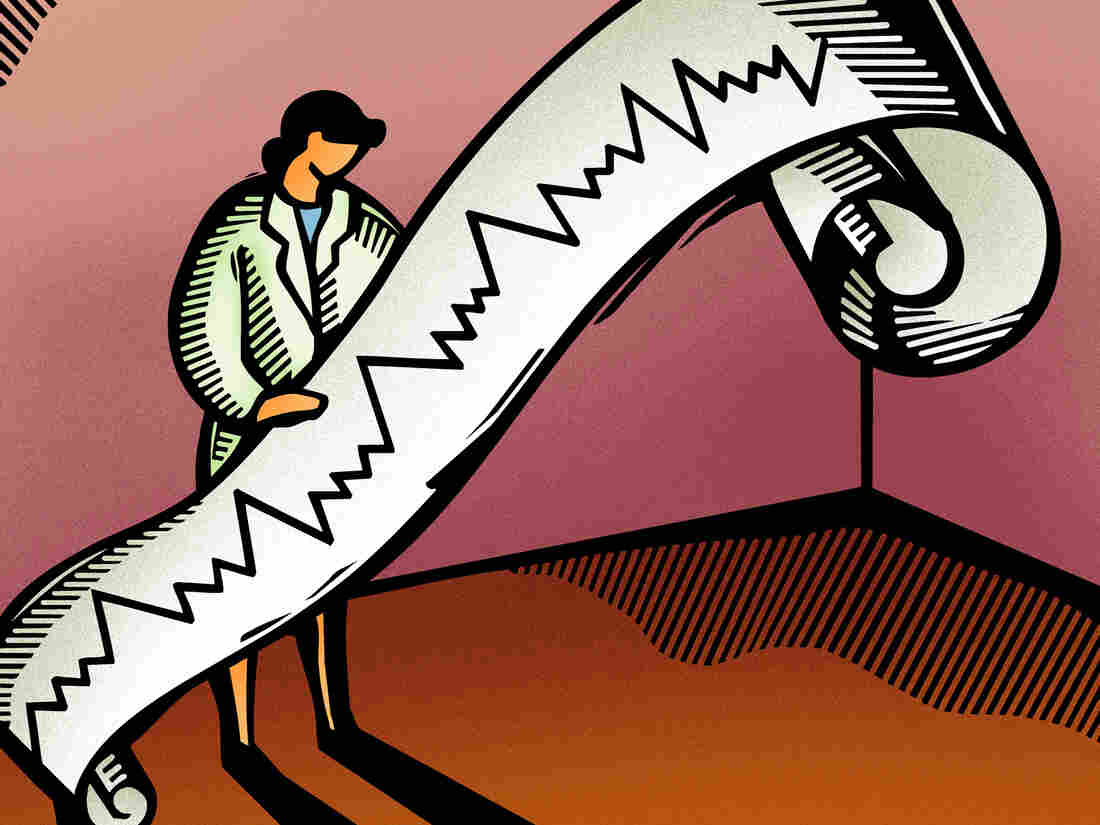 Science-based guidelines say there's no benefit to getting an EKG of heart activity before routine cataract surgery — even if the patient is old. But most doctors order such tests anyway. Bull's Eye/ImageZoo/Corbis hide caption 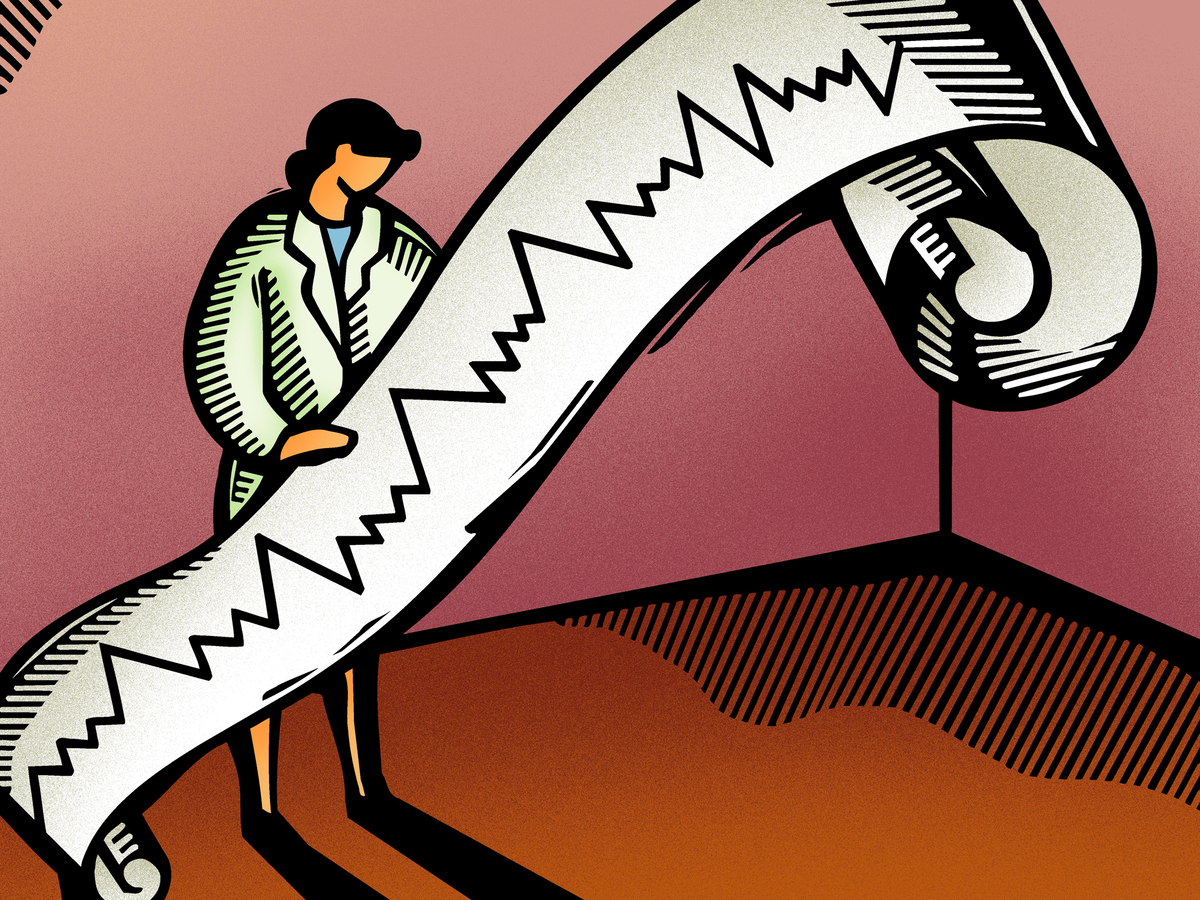 Science-based guidelines say there's no benefit to getting an EKG of heart activity before routine cataract surgery — even if the patient is old. But most doctors order such tests anyway.

For all their talk about evidence-based medicine, a lot of doctors don't follow the clinical guidelines set by leading medical groups.

Consider, for example, the case of cataract surgery. It's a fairly straightforward medical procedure: Doctors replace an eye's cloudy lens with a clear, prosthetic one. More than a million people each year in the U.S. have the surgery — most of them older than 65.

"The procedure itself is relatively painless and quick," says Dr. Catherine Chen, an anesthesiologist and researcher at the University of California, San Francisco. She calls it the "prototypical low-risk surgery."

And since at least 2002, Chen says, clinical guidelines have stipulated that no preoperative testing is needed before cataract surgery. A large study showed that procedures like chest X-rays, blood tests and EKGs — tests sometimes recommended when older people undergo more complicated surgeries — do not benefit someone who is simply having a cataract removed.

How A Group Of Lung Cancer Survivors Got Doctors To Listen

But Chen noticed that a lot of patients are having these preoperative tests done anyway. How many? Digging into the numbers, she discovered that half the ophthalmologists who performed cataract surgery on Medicare patients in 2011 ordered unnecessary tests. That's the same percentage as in 1995.

"In about 20 years, nothing has really changed in terms of physician performance," Chen says. She recently published those findings in the New England Journal of Medicine.

Dr. Steven Brown, a professor of family medicine at the University of Arizona, has studied doctors' reasons for ordering unnecessary tests before a scheduled surgery. A lot of it has to do with perceived safety, he says.

"They think, somehow, that this is going to make the patient more likely to do well in surgery," he says. "It's not."

Brown says some doctors don't know the latest guidelines, which is somewhat understandable, since there can be hundreds to follow.

But often, he says, doctors order extra tests because they think someone down the line — another surgeon or anesthesiologist — will require them.

"[It becomes] this game of tag," he says, "where you're doing something because you think somebody else wants it, even if you don't really want it."

So, even in the midst of good science and a clear consensus on what should be done, a lot of physicians don't follow the "best practice" guidelines.

Now, imagine what happens when the science isn't clear.

That was the case Monday, when the U.S. Preventive Services Task Force updated its guidelines for breast cancer screening. After analyzing the best studies, the influential panel now suggests most women get a mammogram every other year, beginning at age 50. Guidance from this task force largely determines which tests will be covered by Medicare, Medicaid and insurance companies.

"There's really a lot more ambiguity about what is the right thing — what's appropriate [and] what's not appropriate," says Dr. Albert Wu, an internist and professor at the Johns Hopkins Bloomberg School of Public Health.

In cases like these, Wu says, doctors are more likely to follow their gut instincts. And when that happens, fear often comes into play.

Imagine, for example, that a healthy, 40-year-old woman walks into your office and asks about a mammogram.

"If that woman were to develop breast cancer or to have breast cancer, you can imagine what might happen to you if you didn't order the test," Wu says. "Maybe you'd get sued."

Doctors often hear stories like this, he says, and that can affect their judgment.