Accessibility links
More Whistleblowers Say Health Plans Are Gouging Medicare : Shots - Health News Federal authorities are investigating claims that some Medicare Advantage health plans have overcharged the government for years by claiming that patients are sicker than they are. 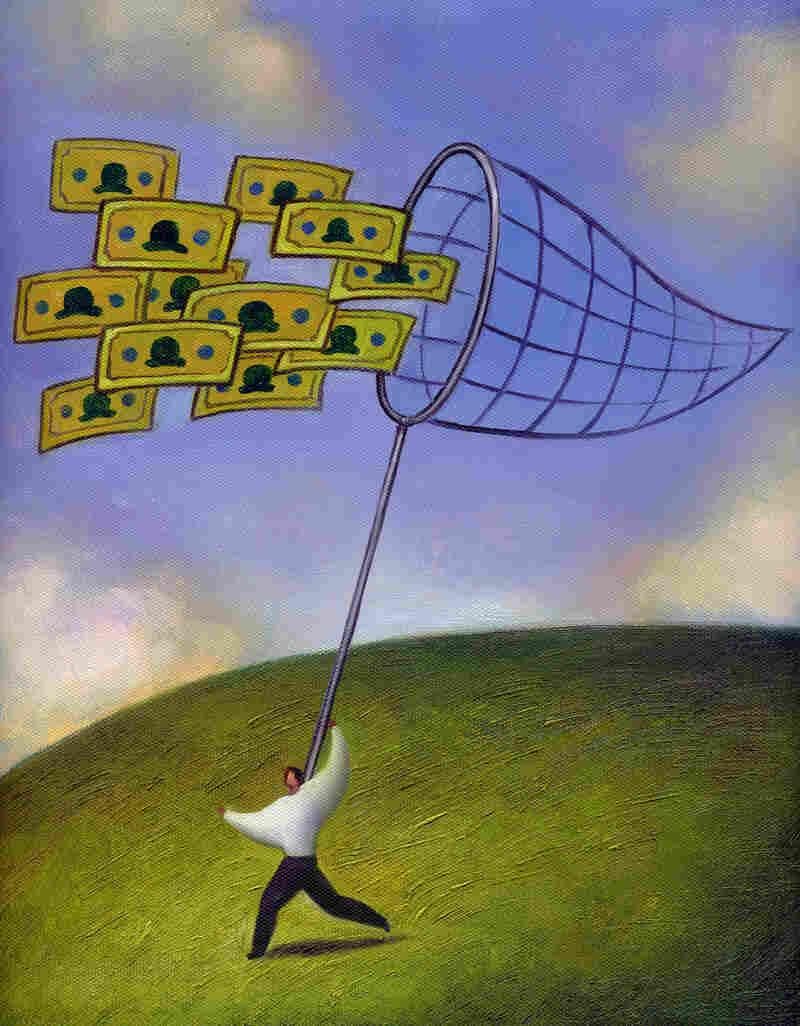 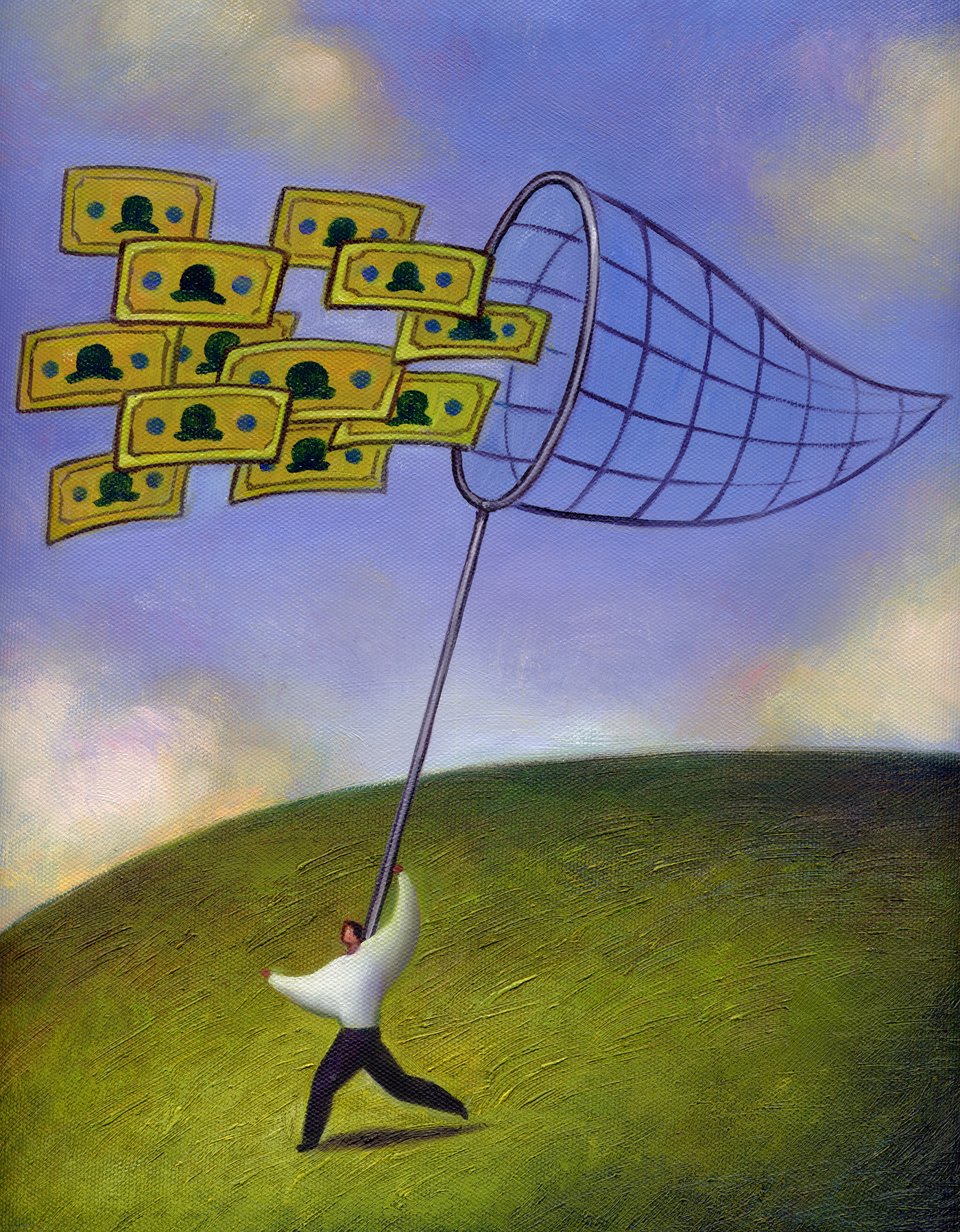 Privately run Medicare plans, fresh off a lobbying victory that reversed proposed budget cuts, face new scrutiny from government investigators and whistleblowers who allege that plans have overcharged the government for years.

Federal court records show at least a half dozen whistleblower lawsuits alleging billing abuses in these Medicare Advantage plans have been filed under the False Claims Act since 2010, including two that just recently surfaced. The suits have named insurers from Columbia, S.C., to Salt Lake City to Seattle, and plans that have together enrolled millions of seniors. Lawyers predict more whistleblower cases will surface. The Justice Department also is investigating Medicare risk scores.

Though specific allegations vary, the whistleblower suits all take aim at these risk scores. Medicare uses the scores to pay higher rates for sicker patients and less for people in good health. But officials were warned as early as 2009 that some plans claim patients are sicker than they actually are to boost their payments.

Privately run Medicare Advantage plans have signed up more than 17 million members, about a third of the people eligible for Medicare, and are poised to get bigger. Earlier this month, the industry overturned proposed cuts sought by the Obama administration for a third straight year, instead winning a modest raise in payment rates for the programs.

Medicare Advantage resonates with many seniors for its low out-of-pocket costs. It's also winning favor with some health policy experts who argue these managed care plans can offer higher quality care than standard Medicare, which pays doctors and hospitals on a fee-for-service basis.

"It shows the incentives provided for whistleblowers are working well, and all the other controls and detection systems are failing miserably."

But the whistleblower suits argue that it's too easy for health plans to gouge the government.

"It shows the incentives provided for whistleblowers are working well, and all the other controls and detection systems are failing miserably," Sparrow wrote in an email.

Ray Thorn, a spokesman for the federal Centers for Medicare and Medicaid Services, disagreed. He said CMS "is taking steps to protect taxpayers, Medicare beneficiaries and the Medicare program." Thorn cited an increase in CMS audits and said health plans have identified overpayments and given back about $1.1 billion to the government.

"CMS could save billions of dollars by improving the accuracy of its payments to Medicare Advantage programs."

"CMS could save billions of dollars by improving the accuracy of its payments to Medicare Advantage programs," the Government Accountability Office wrote in its just-released 2015 annual report.

On another front, the Justice Department is widening the scope of an investigation into whether exaggerated risk scores are jacking up costs improperly.

Humana Inc., based in Louisville, Ky., which counts more than 3 million seniors in its plans, wrote in a March Securities and Exchange Commission filing that the investigation "includes a number of Medicare Advantage plans, providers and vendors."

In the latest lawsuit to surface, a pair of whistleblowers allege that Blue Cross of South Carolina submitted inflated claims between 2006 and 2010, then "acted to cover up and hide the false submissions so that they would be able to retain the wrongly paid reimbursements," according to an April 3 filing.

"We deny the allegations and are vigorously defending the case," responded Blue Cross of South Carolina spokeswoman Patti Embry-Tautenhan.

Deseret Mutual could not be reached despite repeated calls and emails to the health plan's Utah office and its South Carolina attorney.

The case targets flaws in computer programs that Blue Cross says were used to submit to Medicare millions of health insurance claims by hundreds of thousands of members.

In court filings, Blue Cross does not deny that some overcharges occurred. But it says underpayments also happened and that it worked with CMS to correct the problems.

The whistleblowers argue that the plans set out to repay only about $2 million in overpayments — just 10 percent of what they actually owed. CMS officials declined to discuss the matter.

One suit, which the Center for Public Integrity only recently discovered, was filed in 2012 by Lisa Parker, a former clinic supervisor at The Polyclinic in Seattle, who sued the clinic and Essence Healthcare, a Medicare Advantage plan.

Parker cited a 2010 memo that asked doctors' staff to talk hundreds of elderly people into coming in for a medical visit. The clinic was to receive about $250,000 to $500,000 in 2011 from increased risk scores from the visits.

The lawsuit alleges the visits "were not dictated by patient concern, nor for the treatment or diagnosis of specific illnesses, symptoms, complaints or injuries, but were designed and performed to maximize the opportunity to bill Medicare."

Joel Andersen, vice president of marketing for Essence Healthcare, said in an email statement: "The government did not find any wrongdoing or any cause to intervene and thus the case was quickly dismissed. We consider the matter closed and have no additional commentary to add. We strongly advise that this matter not be characterized in any other fashion than a frivolous lawsuit based on unfounded claims."

Tracy Corgiat, vice president of marketing and development at The Polyclinic, said that CMS requires that a patient's "clinical history and medical diagnoses be newly documented each year during an in-person visit." The Polyclinic has a "rigorous process for validating the diagnoses of our patients and we are fully confident in that process," she said.

At least one doctor was taken aback.

"Let me see if I've got this right. In order to get more $$$ for the Polyclinic, we have to bring patients in for a visit they didn't need or initiate?" the doctor, Scott Stevens, wrote in an email that's part of the court file.

"They would get more from a movie and popcorn!" Stevens wrote.

This piece comes from the Center for Public Integrity, a nonpartisan, nonprofit investigative news organization. To follow CPI's investigations into Medicare and Medicare Advantage waste, fraud and abuse, go here. Or follow the organization on Twitter.