Accessibility links
Small Plague Outbreak In People Tracked To Pit Bull : Shots - Health News A woman who caught pneumonic plague in Colorado last summer likely contracted it from her friend or his dog. Antibiotics limited the outbreak to four people and cured them. 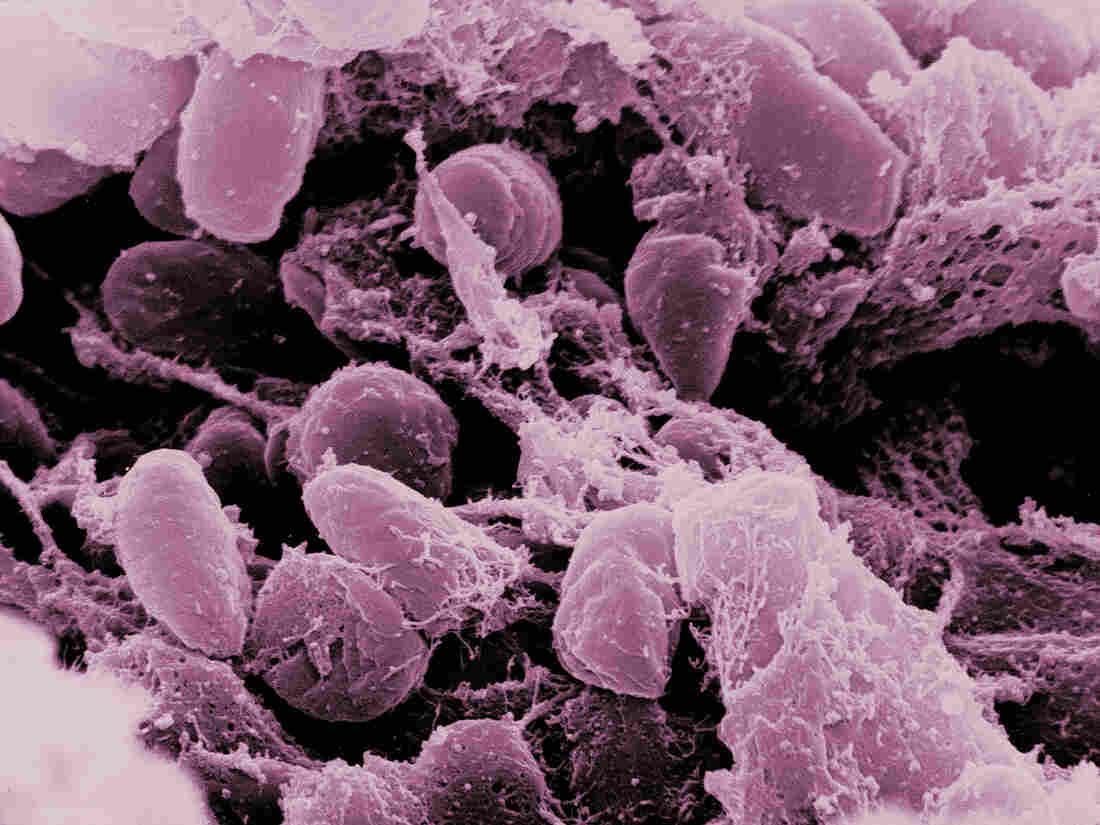 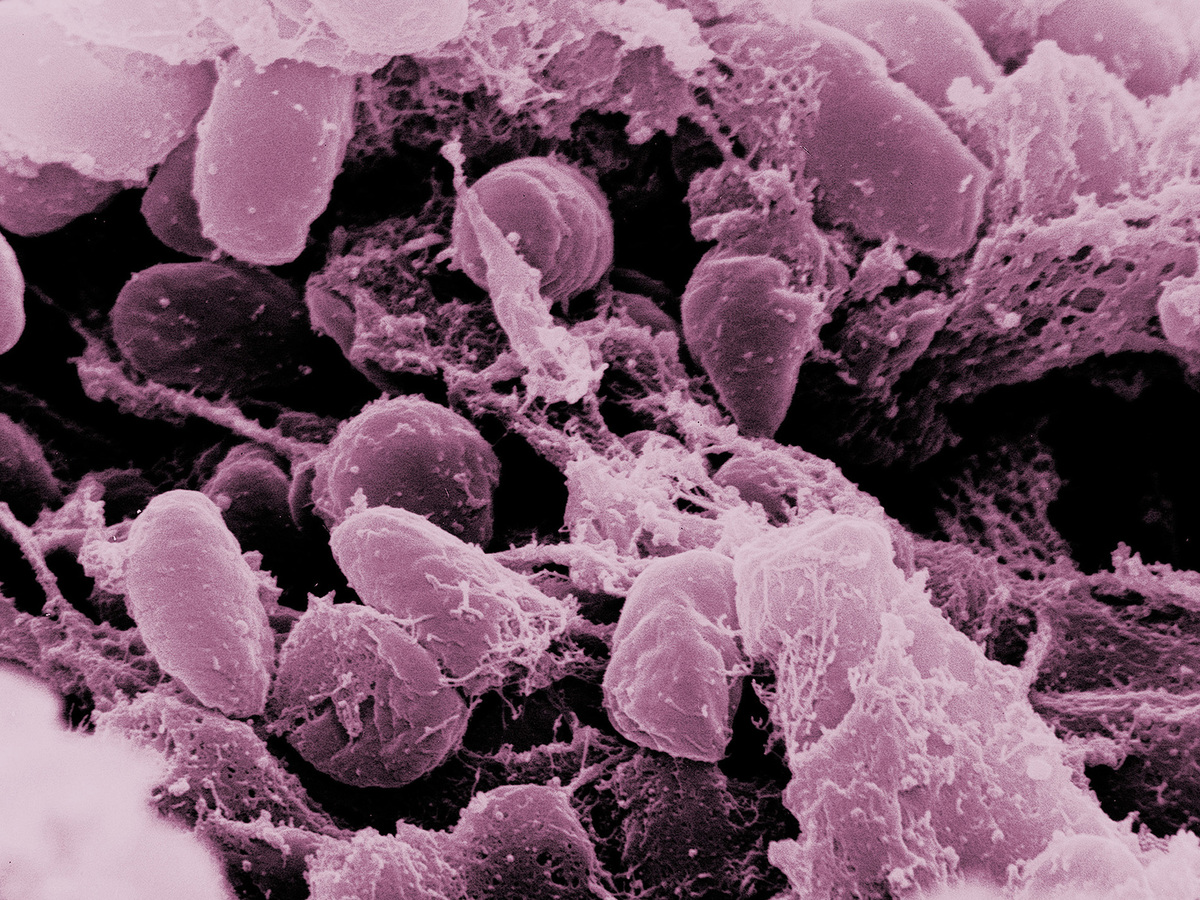 For the first time in 90 years, U.S. health officials say they have diagnosed a case of the plague that may have spread in the air from one person to another. Don't be alarmed — the plague these days is treatable with antibiotics and is exceptionally rare (just 10 cases were reported nationwide in 2014).

And if the plague has become mostly a curiosity in the United States, this case is more curious than most.

It starts with a two-year-old pit bull. The dog fell ill in late June 2014, so its owner took it to the vet. Four days later the man himself developed a fever and a cough. He ended up in the hospital, where an automated system at first misdiagnosed his pneumonia as being caused by a different species of bacterium.

Shades Of The Middle Ages: The Plague Popped Up In China And Colorado

But when the man didn't respond as expected to antibiotics, an alert physician sent a blood sample to the Colorado Department of Public Health, which identified the infectious agent as Yersinia pestis. When it spreads through the air, that bacterium causes a disease called the pneumonic plague.

Plague pops up occasionally in the West — it's found in prairie dogs and other rodents and can be spread by fleas. So health officials started an investigation.

"They live in a rural area," says Janine Runfola at the Tri-County Health Department in central Colorado. They had several dogs, and one of them could have brought a flea-infested rodent carcass home, she says. The pit bull could have chewed on the carcass or inhaled the plague bacteria.

Runfola and colleagues fanned out and identified more than 100 people who had come in contact with either the dog or the man. They discovered that two employees who had treated the dog at the veterinary clinic had both gotten sick and been treated with antibiotics.

A week after the dog owner got sick, so did a friend. The woman had handled the dog, but she'd also had "extended close contact" with the man as he was coughing up blood before he ended up in the hospital, according to an account published in Morbidity and Mortality Weekly Report. Unlike the two employees in the vet clinic, this woman was sick enough to require a brief stay in the hospital after she was diagnosed with pneumonic plague.

Medical researchers say it's quite possible she actually contracted airborne plague from her friend rather than from handling the dog.

With four cases at once, "this event represents the largest outbreak, and the first instance of possible human-to-human transmission, since an outbreak in Los Angeles in 1924," Runfola and colleagues write in the MMWR report.

"Hopefully, plague will not re-emerge as it did in the Middle Ages," says Dr. John Douglas Jr., the executive director of the Tri-County Health Department, "but it's certainly endemic in rodent populations in the Western states, and it's something that those of us who live here will continue to encounter."

All four people survived. The pit bull was not so fortunate. It was euthanized after its illness worsened at the veterinary clinic.