Accessibility links
Urine For A Surprise: Your Pee Might Reveal Your Risk For Obesity : Shots - Health News There are clues about your activity level and metabolism in urine. Researchers hope to one day predict obesity risk by tracking the different levels and ratios of certain molecules in pee.

Urine For A Surprise: Your Pee Might Reveal Your Risk For Obesity

Urine For A Surprise: Your Pee Might Reveal Your Risk For Obesity 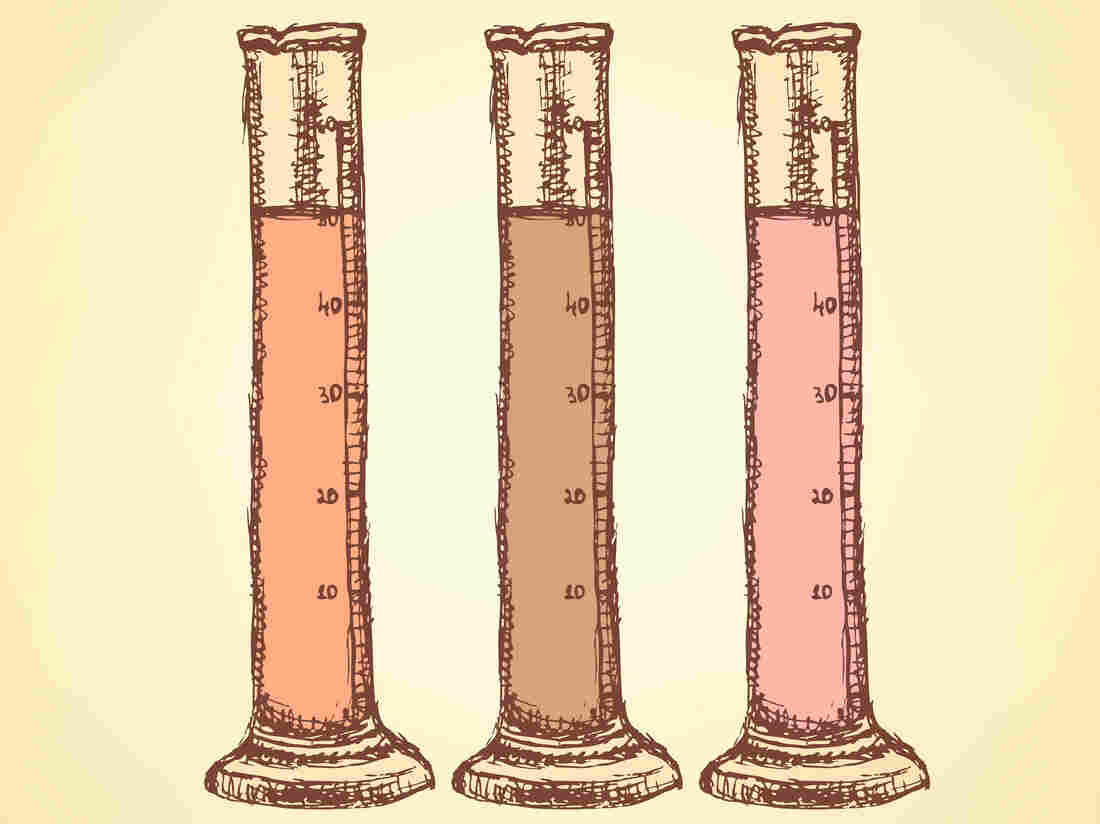 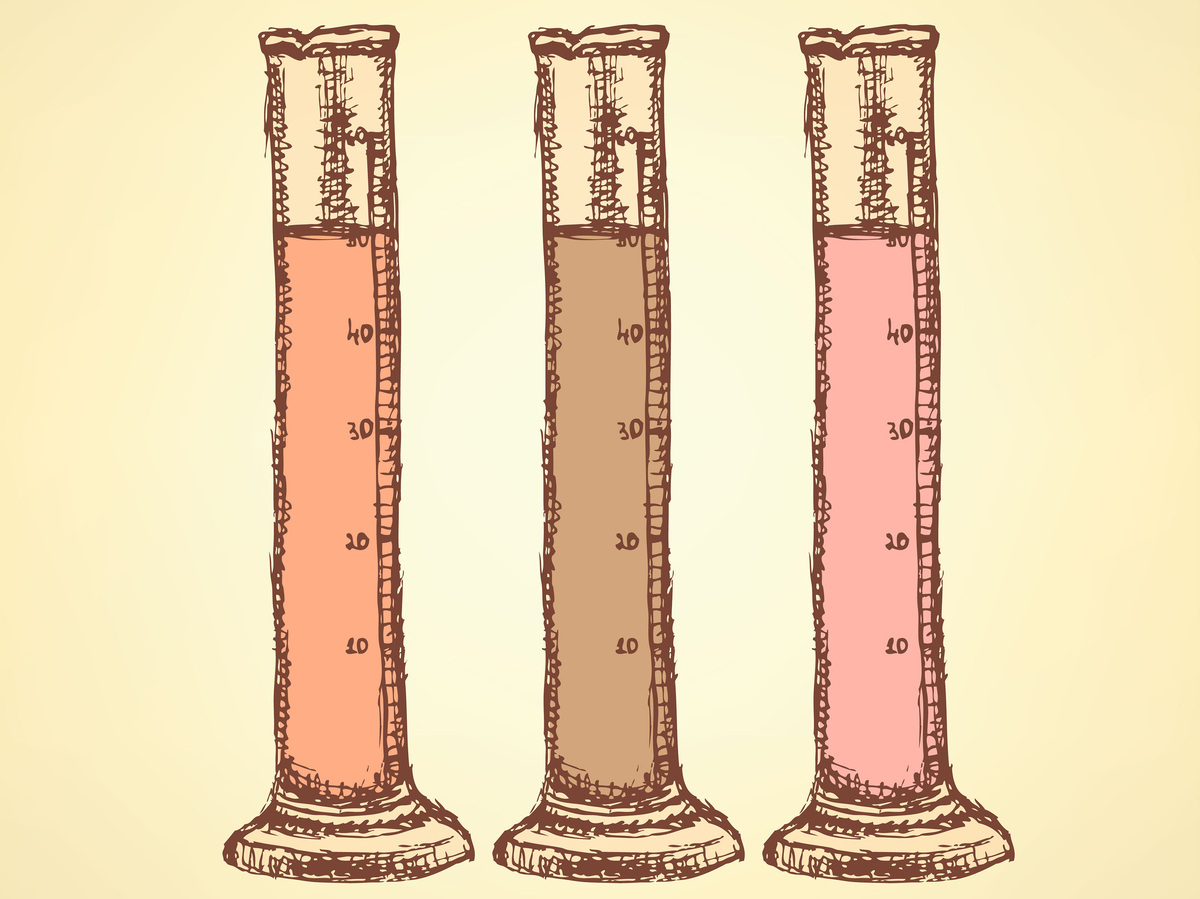 You might think it's easy to guess if a person is at risk of becoming overweight or developing diabetes. The behavioral traits are pretty clear – that person might exercise less or eat more. He or she might have high blood pressure, or might have gained weight.

But now there's another place to find evidence of those risk factors: in a person's pee.

Researchers are finding clues about the metabolism in human urine – most recently in more than 2,000 samples kept frozen in the basement of Imperial College, in London.

"You would be amazed how much frozen piss we have," Jeremy Nicholson, a professor of biological chemistry and the head of the National Phenome Center at Imperial College, tells Shots. Nicholson is part of a team of researchers that used spectroscopy to analyze the molecules in urine. Their results were published Wednesday in Science Translational Medicine.

The molecules the researchers sought aren't exactly waste, even though they're found in urine. They're called metabolites, which are byproducts of the body's metabolic processes. "The kidney doesn't want those things at that particular moment," says Nicholson. "But nonetheless, a lot of metabolites that are in [urine] are still very useful to the body."

Nicholson and his colleagues tested two urine samples from each donor, one about three weeks after the other. This gave them a sense of which metabolites the body excretes regularly and which they excrete because the person ate certain foods. For example, if a person has eaten a lot of citrus lately, he will excrete a lot of a metabolite called proline betaine.

And then there are metabolites that remain consistent over long periods of time — these metabolites represent what Nicholson and his colleagues call the person's metabolic phenotype. He used statistics to correlate the presence of certain metabolites with lifestyle habits from each donor, like their typical diet and how much they exercised.

Some metabolites showed very different ratios for obese people compared to those with normal weight, like the ratio of leucine to ketoleucine. Leucine is an amino acid that the skeletal muscles use for energy, and ketoleucine is one of the first products in the breakdown process.

But breaking leucine into ketoleucine depends on a particular set of enzymes, and if you're active, the enzymes work better, Nicholson says. "You lose part of the ability to burn calories by not exercising because the enzymes that do it are turned off."

The leucine-to-ketoleucine ratio is an indicator that dates back to 1969, when a group of researchers correlated certain levels of amino acids with blood insulin levels.

"Since the late 60s or early 70s, people have been trying to figure out the association with obesity," Robert Gerszten, an associate professor at Harvard Medical School, tells Shots. "This paper very nicely adds to the breadth of metabolic disturbances that are associated with human obesity."

Still, Gerszten is skeptical that certain enzymes simply switch on and off depending on whether someone exercises or not. There could be a genetic component as well. "There are lots of pathways that are aberrant in obesity," he says. The enzyme converting leucine to ketoleucine is just one opportunity for error.

Nicholson estimates that about half of the metabolites he identified in the study have never been linked to obesity. That shows how complex the human metabolism is, he says, and leads him to the conclusion that there is no simple treatment for obesity. "If you've got so many different compartments and different pathways, how does a single drug fix all of those in one go?" he asks. "Obesity probably is not druggable in the traditional sense."

But next, he and his colleagues are trying to follow up with donors from this study and on additional urine samples from people in China. "The Chinese have become a lot fatter in the 15 years because they've westernized," he explains. They hope to make the study slightly more predictive by showing which metabolites appear in urine 15 years before a person develops obesity or diabetes.

Still, finding that the metabolites were different 15 years ago doesn't mean they can predict a person's health. After all, no one's metabolites will guarantee a skinny or overweight life; with genes, behavior and the environment all weighing in, it's a lot more complicated than that.