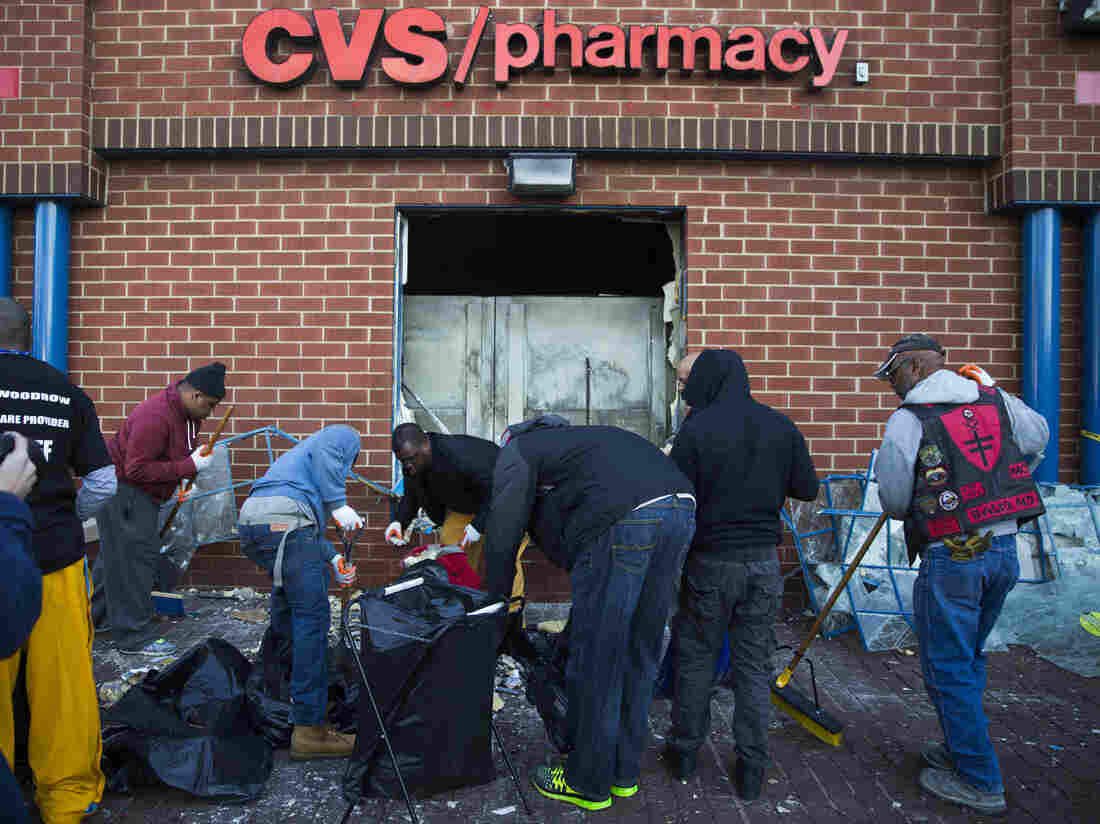 Baltimore residents clean up outside a CVS store Tuesday, after an evening of riots following the funeral of Freddie Gray. Evan Vucci/AP hide caption 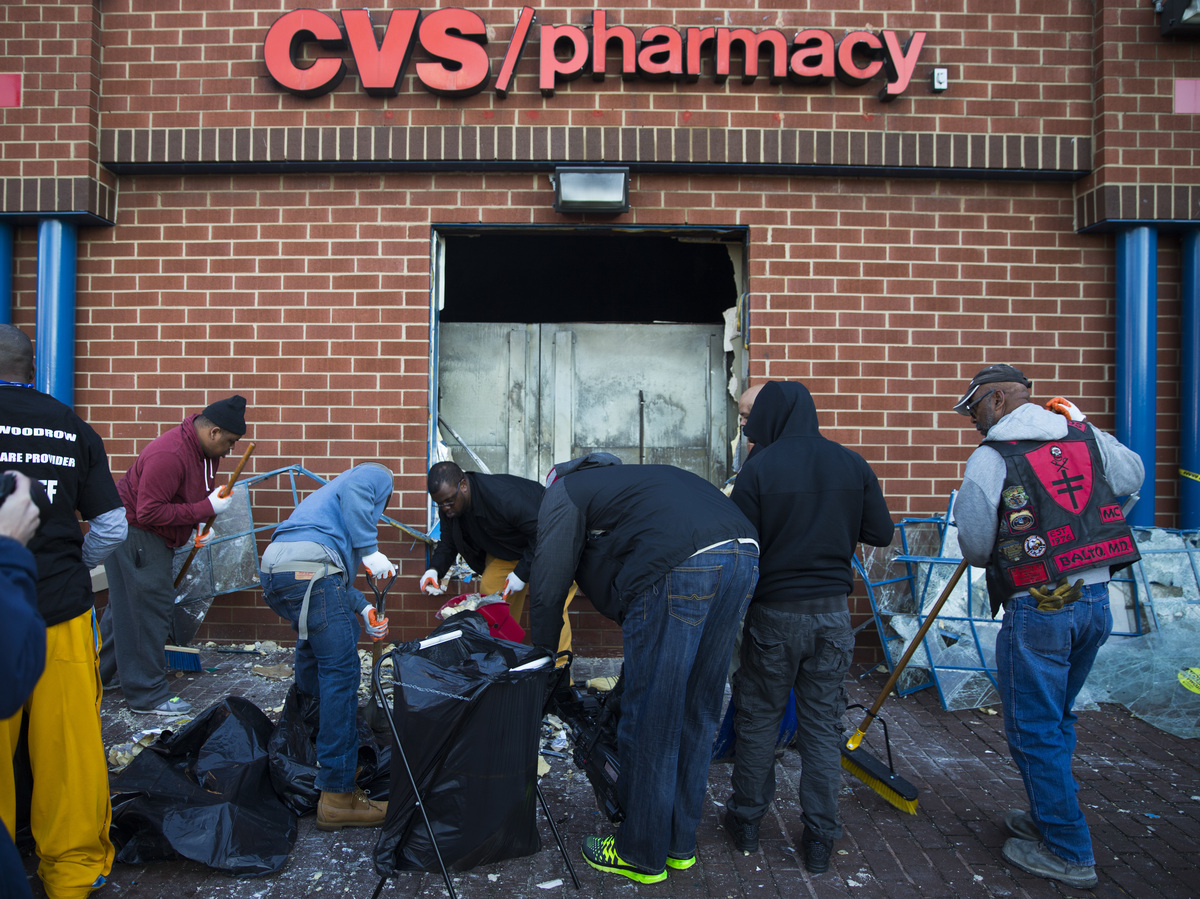 Baltimore residents clean up outside a CVS store Tuesday, after an evening of riots following the funeral of Freddie Gray.

Over the last week, Baltimore's unrest has captured the nation's attention. Images of burning cars, the sounds of angry protesters and then peace rallies have dominated the airwaves and headlines.

As the city's health commissioner, I heard other stories. I spoke with a 62-year-old woman who had a heart attack a year ago and who had stopped taking her blood pressure and blood-thinning medications. Her pharmacy was one of the dozen that burned down, and neither she nor the other people in her senior housing building could figure out where to get their prescriptions filled. Her pills ran out two days before, and she'd planned to hold out until the pharmacy reopened.

'Baltimore For Real': A Tour Through Troubled Sandtown

A 55-year-old man called our health department. His mother was "stringing out" her inhalers and now had a cough and difficulty breathing. He also told us he had difficult-to-control diabetes and was using insulin every other day. He now was urinating frequently and reported blurry vision — symptoms of out-of-control diabetes. We called an ambulance to transport them both to the ER.

In the wake of fires and violence, the initial priority for health officials was to make sure that our acute care hospitals were protected and that staff and patients could get to them safely. In the immediate aftermath, our focus was on ensuring that injured patients got triaged and treated.

Nobody knew what lay ahead and how much more violence was to be expected. We worked with hospitals, the Fire Department, and other city and state partners to develop a hospital security plan and to convene daily phone calls with every hospital and health clinic.

As the days went on, we heard from more Baltimoreans. These were not the ones waving signs or appearing on national TV. These were people who were just trying to get by.

There was a 74-year-old woman who had abdominal pain for two days. She stayed in her apartment and put up with the pain rather than seeking care, because she thought she'd heard that her health center was closed. A middle-aged couple worried about their 22-year old son who was suffering from a manic episode. They didn't know who was available to help.

Our health department, under the leadership of Mayor Rawlings-Blake, worked with the Maryland health department and private partners around the city and state to provide these essential services. We set up the Baltimore Healthcare Access List to provide up-to-date and accurate information about closures and hours of operation for hospitals, clinics and pharmacies. We developed and implemented a Mental Health/Recovery Plan that included an around-the-clock mental health crisis line along with teams of licensed mental health professionals who were deployed in affected neighborhoods for group counseling and debriefing.

Things that seemed straightforward often were not. Transferring prescriptions from one pharmacy to another would seem easy. But what happens if the pharmacies are in different chains, or if the one that closed was an independent pharmacy where all records were destroyed? The nearest pharmacy may be just a few blocks away, but what if the patient has limited mobility and even a few blocks are prohibitive?

And, as we saw, what happens when the best-laid plans aren't known to residents? We arranged for individuals affected by pharmacy closures to call one central number — 311. Our health department team would then take care of the rest on a case-by-case basis, arranging for prescription transfers, transportation and medication delivery.

Amid all the news, our public health information wasn't getting through to all our community members. So we mobilized student volunteers from Johns Hopkins and other local universities to go door-to-door in all senior buildings in affected neighborhoods. We visited over 30 churches and knocked on hundreds of doors.

It is now a week after the initial wave of violence and unrest. Our city is quieter, but our work is nowhere near done. As we look to rebuilding and recovery, our efforts must be focused on addressing the needs of all those affected, including the ones whose stories we don't usually hear.