Accessibility links
Whooping Cough Vaccine's Protection Fades Quickly : Shots - Health News Effectiveness of the vaccine within one year of the final booster was 73 percent. But it fell to 34 percent in two to four years, an analysis of a Washington state epidemic found. 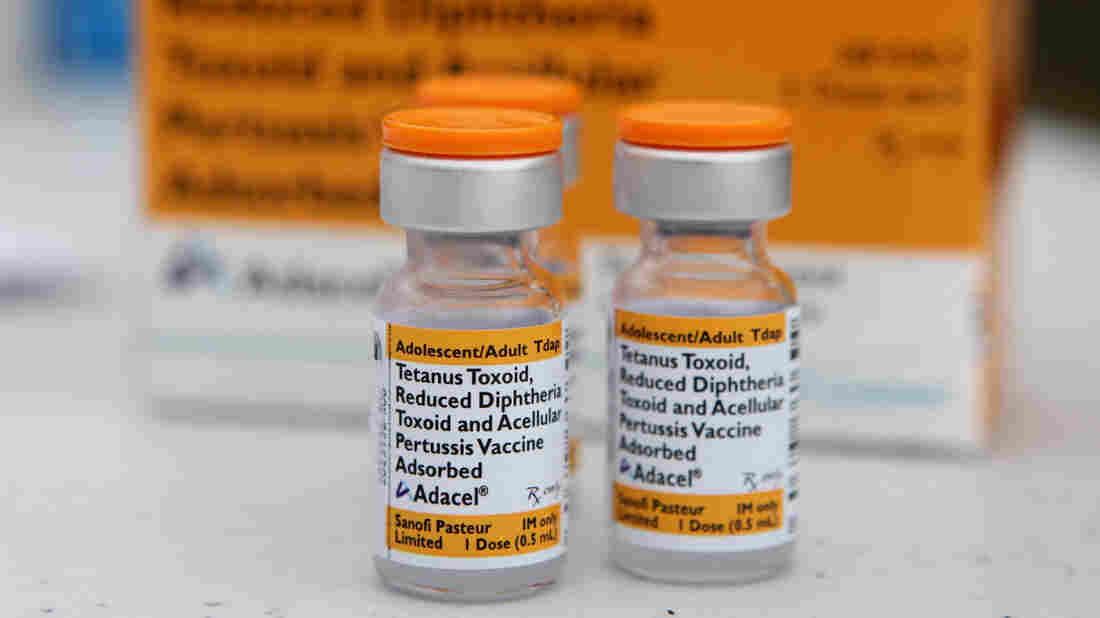 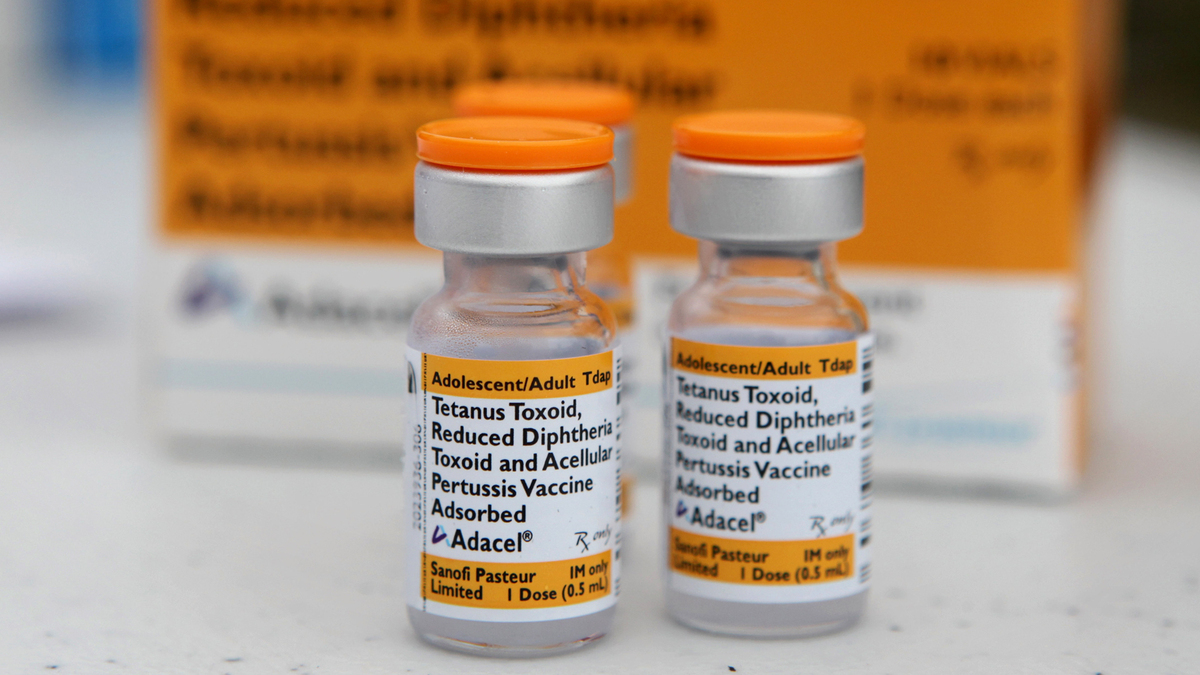 Vials of Tdap vaccine sit on a table at a Solano County, Calif., health fair in August 2010.

Lately, Californians have been focused on a measles outbreak that got its start at Disneyland. But in the past five years, state health officials have declared epidemics of whooping cough twice — in 2010 and in 2014, when 11,000 people were sickened and three infants died.

Now an analysis of a recent whooping cough epidemic in Washington state shows that the effectiveness of the Tdap vaccine used to fight the illness (also known as pertussis) waned significantly. For adolescents who received all their shots, effectiveness within one year of the final booster was 73 percent. The effectiveness rate plummeted to 34 percent within two to four years.

"This waning is likely contributing to the increase in pertussis among adolescents," the authors wrote.

The study was published Monday in the journal Pediatrics.

"The take-home message is that the waning is there," said Dr. Art Reingold, a University of California, Berkeley professor of public health. "You're protected initially but it wanes over time."

It doesn't mean people should skip the vaccine. Someone who is vaccinated, but becomes sick with whooping cough, should have a less severe course of illness.

The authors said that new vaccines are "likely needed to reduce the burden of pertussis disease." But Reingold, who leads the CDC's Advisory Committee on Immunization Practices group on pertussis, said he doesn't know of any pertussis vaccine development in the pipeline.

He also said that adding another dose of the vaccine at a later age wouldn't help much, based on research that was presented to the ACIP group. "[An additional dose] would have very little impact on pertussis," he said, "in terms of cases prevented."

The most severe cases are in very young infants, Reingold said. Babies can't be vaccinated until they are 2 months old. To protect newborns before they can be vaccinated, the CDC recommends that women be vaccinated during the last trimester of every pregnancy — even if they received a vaccine before they became pregnant.

"Babies will be born with circulating antibodies," Reingold said, "and there's pretty good evidence that that will reduce the risk of hospitalization and death in babies."

In an accompanying commentary, Dr. James Cherry at UCLA said the findings about Tdap effectiveness were "disappointing," but he also pointed to other drivers of recent pertussis outbreaks, including increased awareness and better, more sensitive testing.

Previous reports have shown that vaccine refusal played a role in the 2010 whooping cough epidemic in California.

Reingold also drew an interesting distinction between measles and pertussis having to do with herd immunity. If a large enough percentage of the population is immunized against measles, both individuals and the broader community are protected against outbreak. That's because the measles vaccine protects you against the virus that actually causes the measles illness.

But in pertussis, the disease is caused by toxins that are released by bacteria. The pertussis vaccine protects you against those toxins, but it may not prevent you from spreading the bacteria to others — and causing illness in them.

The outbreak of measles earlier this year was most likely caused by someone who brought the disease back from abroad. Measles was eliminated in the United States in 2000.

"Pertussis is not going to go away with the current vaccine," Reingold said.