Accessibility links
Cancer Spawns A Construction Boom In Cleveland : Shots - Health News The famed Cleveland Clinic is building a new cancer center right around the corner from a competing cancer hospital. Both institutions are confident there will be plenty of patients. An architectural rendering of the Cleveland Clinic's planned cancer center.

Courtesy of the Cleveland Clinic

It's difficult to imagine that a seven-story glass building will soon take the place of what's now a vast hole near the corner of Carnegie Avenue and 105th Street in Cleveland. But Cliff Kazmierczak, who is with Turner Construction and overseeing the transformation, points to the gray sky, tracing a silhouette with his fingertips. In two years, he says, the Cleveland Clinic's nearly $300 million cancer center is slated to open here. 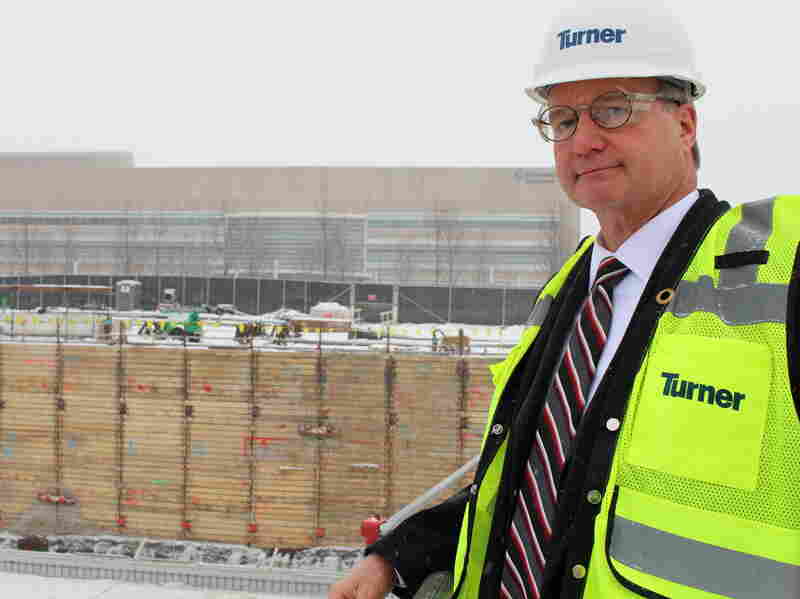 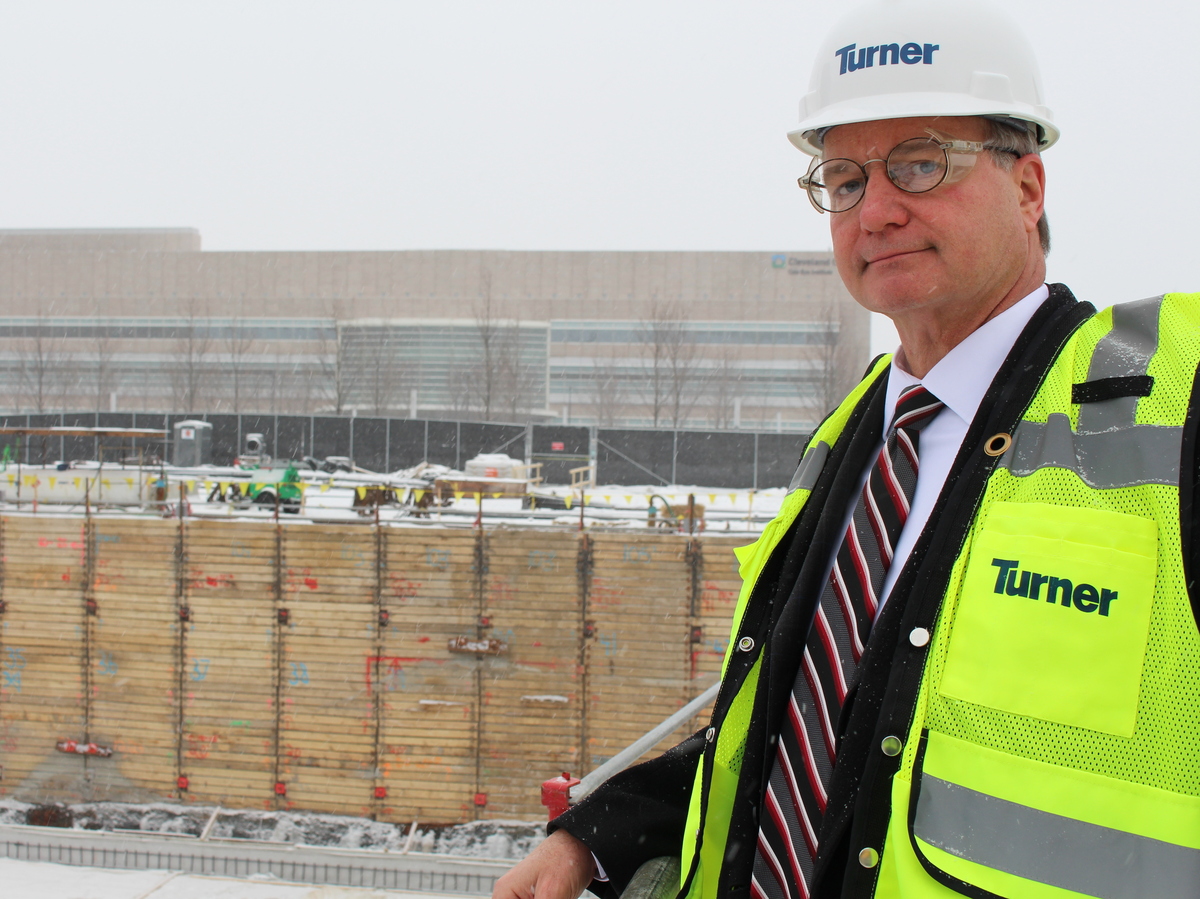 "The big thing is to make the patient comfortable with the treatments that they're going through," he says of the building's design. "So lighting, light colors, [and] as much natural light as possible are always very important to cancer patients."

Kazmierczak came to this project after overseeing construction of the cancer hospital at Ohio State University a few hours south of here. All around the U.S., the health care industry is building up to take care of an expected influx of cancer patients.

The Advisory Board Company, a firm that does health care consulting, works with hospitals and doctors. Last year it found that about 25 percent of its members that have oncology departments were either constructing a cancer center or had built one in the past three years. The Advisory Board's Deirdre Fuller says people are more likely to get cancer as they get older.

"Now that everyone is looking forward and seeing the aging of the baby boomers," she says, "it's certainly adding some fuel to that fire."

Big Bills A Hidden Side Effect Of Cancer Treatment

And most boomers will get health insurance through Medicare — which is a steady paycheck for hospitals.

"In the past five years, volumes go up, depending on location, between 5 and 10 percent a year," Bolwell says. "And there's no end in sight to that volume of growth."

The Cleveland Clinic, along with its local competitor, University Hospitals, treat about 70 percent of the region's cancer patients. And when the Cleveland Clinic opens its new center, the two will be located within a five-minute drive of each other.

Losing A Hospital In The Heart Of A Small City

Dr. Nathan Levitan, who heads the cancer center at University Hospitals, doesn't seem worried about the competition. His 4-year-old hospital, he says, is mostly full every day.

"We discharged over 11,000 patients with cancer in 2014," Levitan says, "which is about a 20 percent increase over just a few years beforehand."

He says that's because both hospitals employ and contract with thousands of doctors. And in the world of cancer care, doctors have a lot of influence.

People usually don't shop for cancer treatment until they are diagnosed, and at that moment their doctor's advice on where to go matters a lot.

Bill Ryan leads a hospital advocacy group in Cleveland. He says that with so many expected patients, building is good for a hospital's bottom line, and good for patients.

And when talking about the future of cancer care, hospital leaders tend to talk about quality. They insist that focusing on the quality of care for patients will eventually lower the cost to patients, too.

This story is part of a reporting partnership with NPR, WCPN and Kaiser Health News.