Accessibility links
People Have Misconceptions About Miscarriage, And That Can Hurt : Shots - Health News Miscarriages are common — but people think they're rare, a survey finds. And they often blame the woman. Readers tell us that those mistaken beliefs make the experience even more painful. 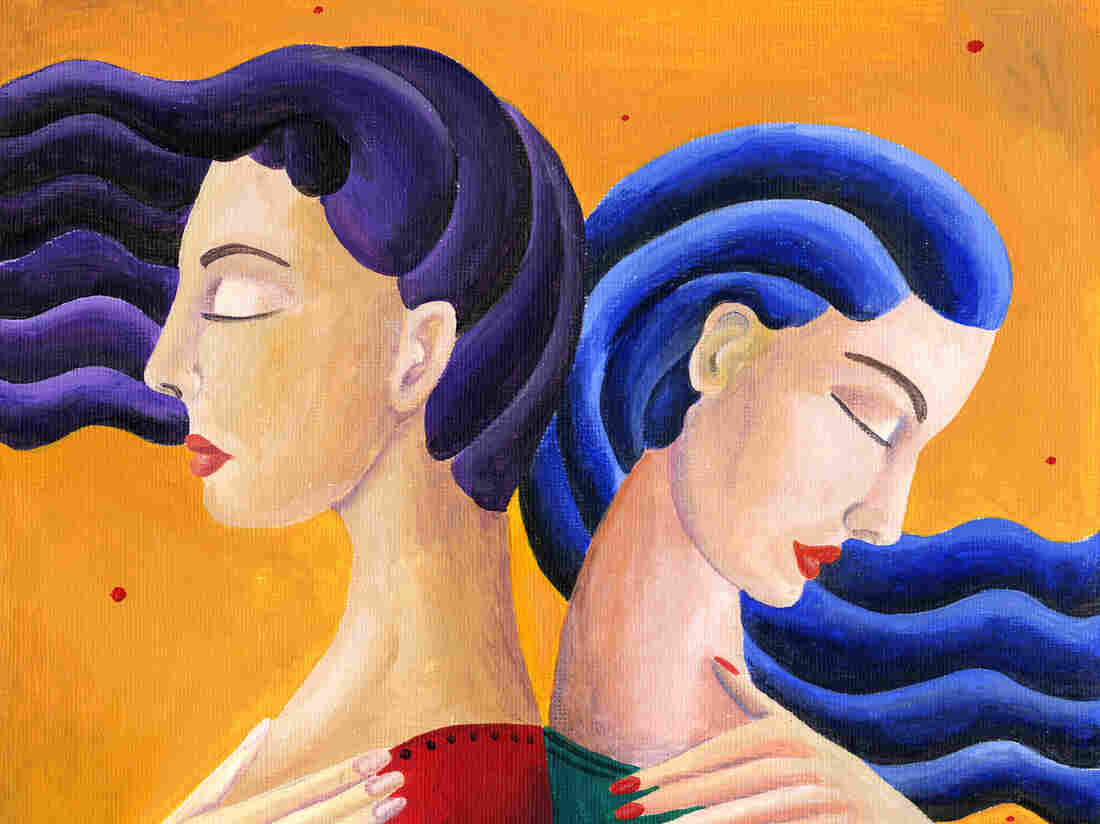 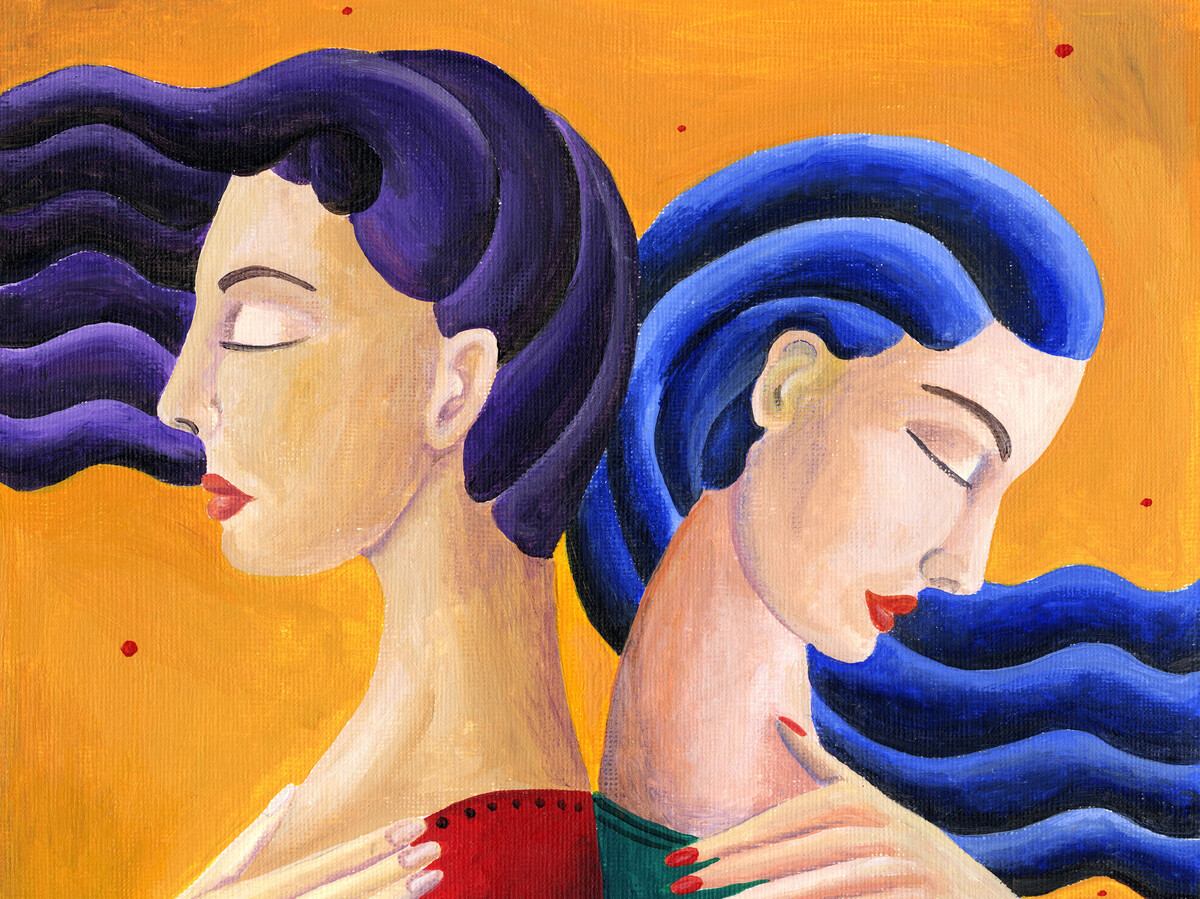 Most people think a miscarriage is rare, and many believe that if a woman loses a pregnancy that she brought it upon herself. Neither of those things is true, but the enduring beliefs cause great pain to women and their partners.

In fact, almost half of people who have experienced a miscarriage or whose partner has had one feel guilty, according to a survey to be published Monday in Obstetrics & Gynecology. More than a quarter of them felt shame. Many felt they'd lost a child.

"It's irrational, but there is such a deep shame attached to not being able to carry a baby to term.... I don't want another baby, I want THIS baby."

When NPR asked visitors to its Facebook page to tell us what they wished people knew about miscarriage, the response was overwhelming — 200 emails and counting, many heartbreaking. Their sentiments often echoed what the survey found.

"I wish people knew how much it's possible to miss a person you have never met, and to mark time by their absence," wrote one woman. "I will always think about how old my baby would be now and what our lives would be like if I hadn't lost the pregnancy."

The survey came about after Dr. Zev Williams realized that many of his patients had misconceptions about miscarriage. "I'd tell them how common a miscarriage was, and they seemed shocked," says Williams, an OB-GYN who directs the Program for Early and Recurrent Pregnancy Loss at Einstein College of Medicine of Yeshiva University and Montefiore Medical Center in New York.

After Miscarriage, Missing The Luxury Of Grieving

In fact, between 15 percent and 20 percent of clinically recognized pregnancies end in miscarriage, defined as a pregnancy loss earlier than 20 weeks of gestation. (Pregnancy loss after that point is called a stillbirth.) Miscarriage is actually "by far the most common complication of pregnancy," says Williams. He and his colleagues wanted to find out how widespread some of the mistaken beliefs about miscarriage are.

They asked 1,084 adults about miscarriage and its causes. They also asked the 15 percent of survey respondents who had suffered a miscarriage, or whose partner had, about their experience. The results echoed what he'd seen in his patients: Some 55 percent of all respondents believed that miscarriage occurred in 5 percent or less of all pregnancies.

"I felt, and feel, literally broken, and betrayed by my body."

The cultural silence around miscarriage contributes to those misunderstandings, Williams says. "A lot of other conditions that people used to speak of only in hushed tones, like cancer and AIDS, we speak about a lot more," he says.

Not so for miscarriage. Because early pregnancy loss is so common, women are often advised not to share their pregnancy news with friends and family until the start of the second trimester. At that point the chance of miscarriage has drastically declined. But that secrecy means women who do miscarry in the first trimester may not get the support they need, Williams says.

"It's bizarre that the topic is so taboo," wrote one reader on Facebook. "I really feel an obligation now, having had a miscarriage, to mention my miscarriage when I'm talking about fertility or the process of conceiving or childbirth." She added a sentiment that many other women expressed: "I felt alone until I realized there is this big, secret miscarriage club — one that nobody wants to be a member of — and when I realized it existed, I felt angry that no one told me they had active membership."

"Many women in my family had suffered one or more, and I had no idea until I had one myself."

Chromosomal abnormalities in the fetus cause 60 percent of miscarriages. A handful of other medical conditions are also known to cause miscarriage. Most survey respondents knew that genetic or medical problems were the most common cause of early pregnancy loss. But they also mistakenly believed that other factors could trigger a miscarriage: a stressful event (76 percent); lifting something heavy (64 percent); previous use of contraception like an IUD (28 percent) or birth control pills (22 percent); and even an argument (21 percent). Some 22 percent believed that lifestyle choices, like using drugs, tobacco or alcohol, were the single biggest cause of miscarriages. That's not true.

Those who shared their experiences with NPR said many of those myths were repeated back to them by friends, family or colleagues after their own miscarriages. One said someone blamed her high heels. That kind of talk can be incredibly painful, even if you know you have the facts on your side.

"I felt alone until I realized there is this big, secret miscarriage club — one that nobody wants to be a member of — and when I realized it existed, I felt angry that no one told me they had active membership."

"I wish people understood that miscarriages are the flip side of the coin," wrote one woman. "If you've had a healthy pregnancy that went full term — you won a lottery. Short of obvious substance abuse and bull riding — your healthy baby is not the result of anything you did or didn't do. As much as you want to think you are in control — you aren't. And the same goes when I lost each pregnancy — as much as I wish I could have been — it was not in my control."

The feelings of guilt, shame and enormous loss reported in the survey were a common theme among those who told their stories to NPR. "I felt, and feel, literally broken, and betrayed by my body," wrote one woman. "It's irrational, but there is such a deep shame attached to not being able to carry a baby to term.... I don't want another baby, I want THIS baby, the one I thought I would have, the one I started planning for, hoping for, dreaming about, talking to. All that got taken away from me."

Not everyone was so deeply affected; some said the miscarriage came as a relief, either because the pregnancy was unwanted, or because they'd known something wasn't quite right. Or they said it was painful at the time, but that they'd moved on and weren't particularly haunted by the loss. "You have every right to feel ALL of your emotions you have," wrote one person. "Whether you feel grief or relief, your emotions are never wrong."

But because the loss can be so great, people said they wished others would acknowledge a miscarriage without reverting to a laundry list of well-intentioned but hurtful lines: "Well, at least you know you can get pregnant." (One reader said this was particularly upsetting after her seventh miscarriage.) "You can always try again." "If you adopt, you'll get pregnant." "It happens for a reason." "It's God's plan." (That, wrote another reader, sounds an awful lot like "God doesn't want you to be a parent.")

My husband "had hopes and dreams and fears and so much joy tied up into 9.5 weeks of cells."

Far better, people said, is to simply say, "I'm sorry. Is there anything I can do for you?"

Over and over again, we heard a wish that there was more private and public discussion of miscarriage. "Many women in my family had suffered one or more, and I had no idea until I had one myself," wrote one woman. "I felt that no one I knew had gone through this."

Several readers said this code of silence was even stronger for the partners of women who miscarry. One reader wrote that her husband "had hopes and dreams and fears and so much joy tied up into 9.5 weeks of cells," but he didn't get time off work, flowers or well-wishes from colleagues or visits from friends to "listen to him cry," as she did. Instead, "He had to suffer alone."

The new survey found that 46 percent of respondents who'd miscarried said they felt less alone when friends talked about their own miscarriages. Even a celebrity's disclosure of miscarriage helped.

"I wish people knew how much it's possible to miss a person you have never met, and to mark time by their absence."

One person who recently suffered a miscarriage summed it up: "While I'm definitely still healing emotionally, I would be happy to talk more about it. So many people grieve silently, but I've found that talking really helps the most."

That's the kind of conversation that Williams says he and his co-authors would like to spark with their survey. "Miscarriage is ancient. It's always been there." And all too often, he says, "people often blame themselves and don't discuss it."