Accessibility links
Terminally Ill California Mom Speaks Out Against Assisted Suicide : Shots - Health News Stephanie Packer's debilitating illnesses leave her in a lot of pain. But she is opposed to a California bill that would legalize physician-assisted suicide. 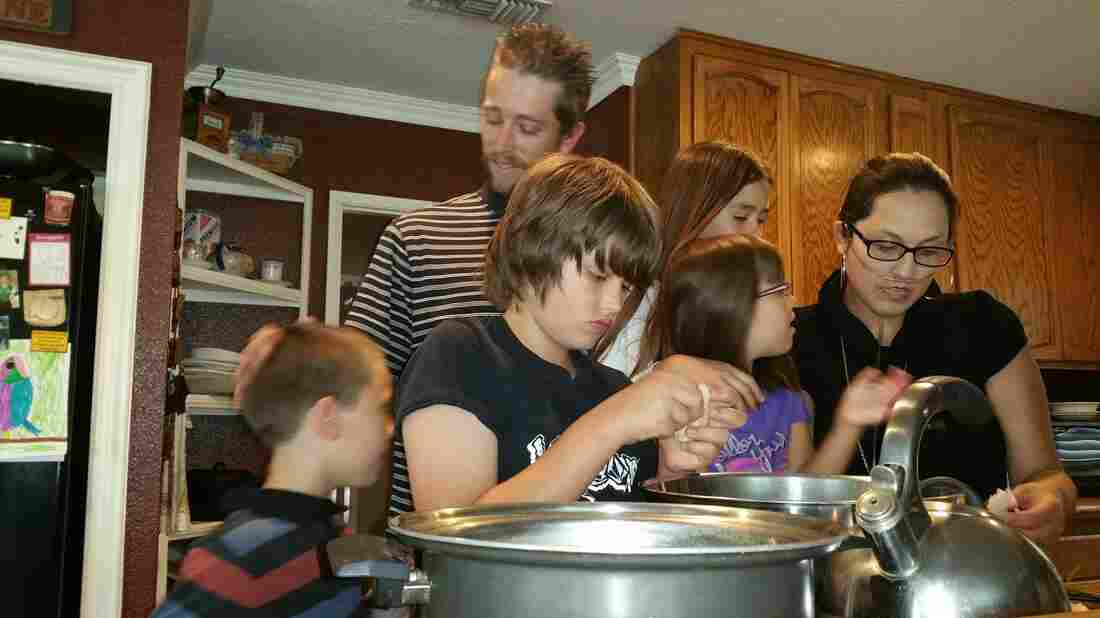 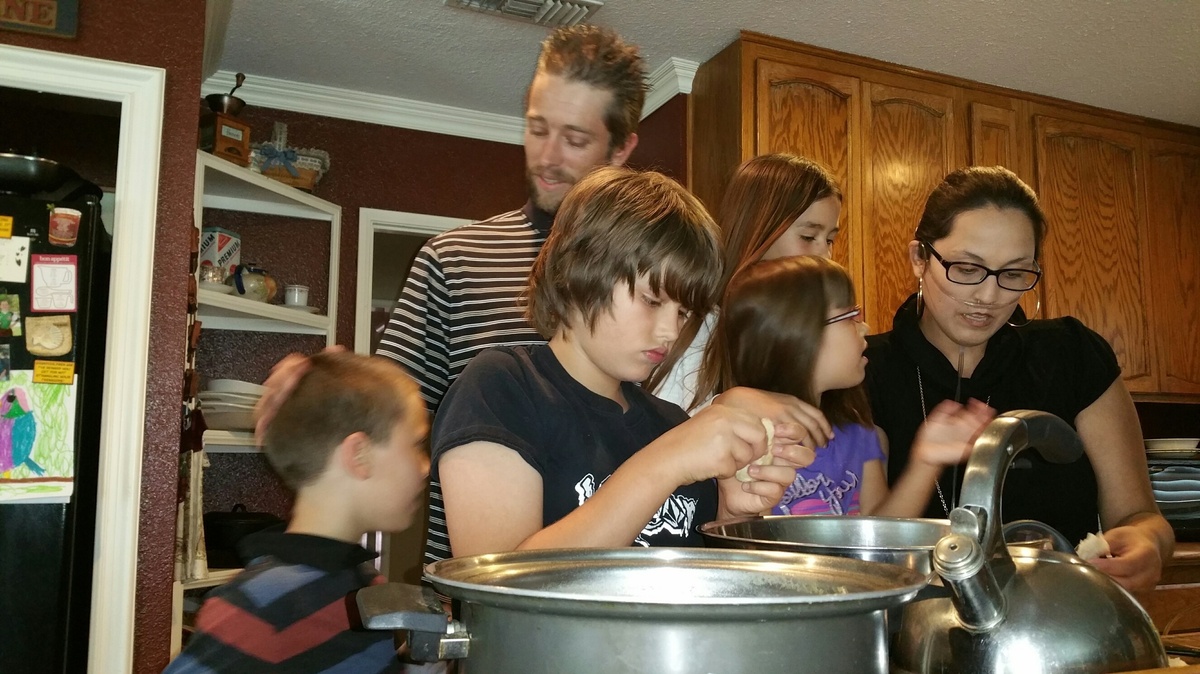 Stephanie Packer was 29 when she found out she had a terminal lung disease.

That's the same age as Brittany Maynard, who last year was diagnosed with terminal brain cancer. Last fall, Maynard, of Northern California, opted to end her life with the help of a doctor in Oregon, where physician-assisted suicide is legal.

Maynard's story continues to garner support for right-to-die legislation moving through legislatures in California and several other states. Now, Packer, another young California woman, is stepping up to share her story, but she wants people to draw a different conclusion.

On a recent spring afternoon, Packer, 32, is in her kitchen, preparing lunch with her four children.

"Do you want to help?" she asks the eager crowd of siblings gathered tightly around her at the stovetop.

Calmly managing four kids as each vies for the chance to help make chicken salad sandwiches can be trying, but Packer cherishes these moments.

In 2012, after suffering a series of debilitating lung infections, she went to a doctor who diagnosed her with scleroderma. The autoimmune disease causes hardening of the skin and (in about one-third of cases) other organs. The doctor told Packer that it had settled in her lungs.

"And I said, 'OK, what does this mean for me?' " she recalls. "And he said, 'Well, with this condition you have about three years left to live.' "

Packer is on oxygen full time and she takes a slew of medications.

She says she has been diagnosed with a series of conditions linked to or associated with scleroderma, including lupus, gastroparesis, Raynaud's phenomenon, interstitial cystitis and trigeminal neuralgia.

Packer's various maladies have her in constant, sometimes excruciating pain, she says. She also can't digest food properly and feels extremely fatigued almost all the time.

Some days, Packer says, are good. Others are marked by low energy and pain that only sleep can relieve.

"For my kids, I need to be able to control the pain because that's what concerns them the most," she says.

But Packer says physician-assisted suicide isn't something she is considering.

"Wanting the pain to stop, wanting the humiliating side effects to go away — that's absolutely natural," Packer says. "I absolutely have been there and I still get there some days. But I don't get to that point of wanting to end it all, because I have been given the tools to understand that today is a horrible day, but tomorrow doesn't have to be."

She and husband Brian, 36, are devout Catholics. They agree with their church that doctors should never hasten death.

"We're a faith-based family," he says. "God put us here on earth and only God can take us away. And he has a master plan for us, and if suffering is part of that plan, which it seems to be, then so be it." 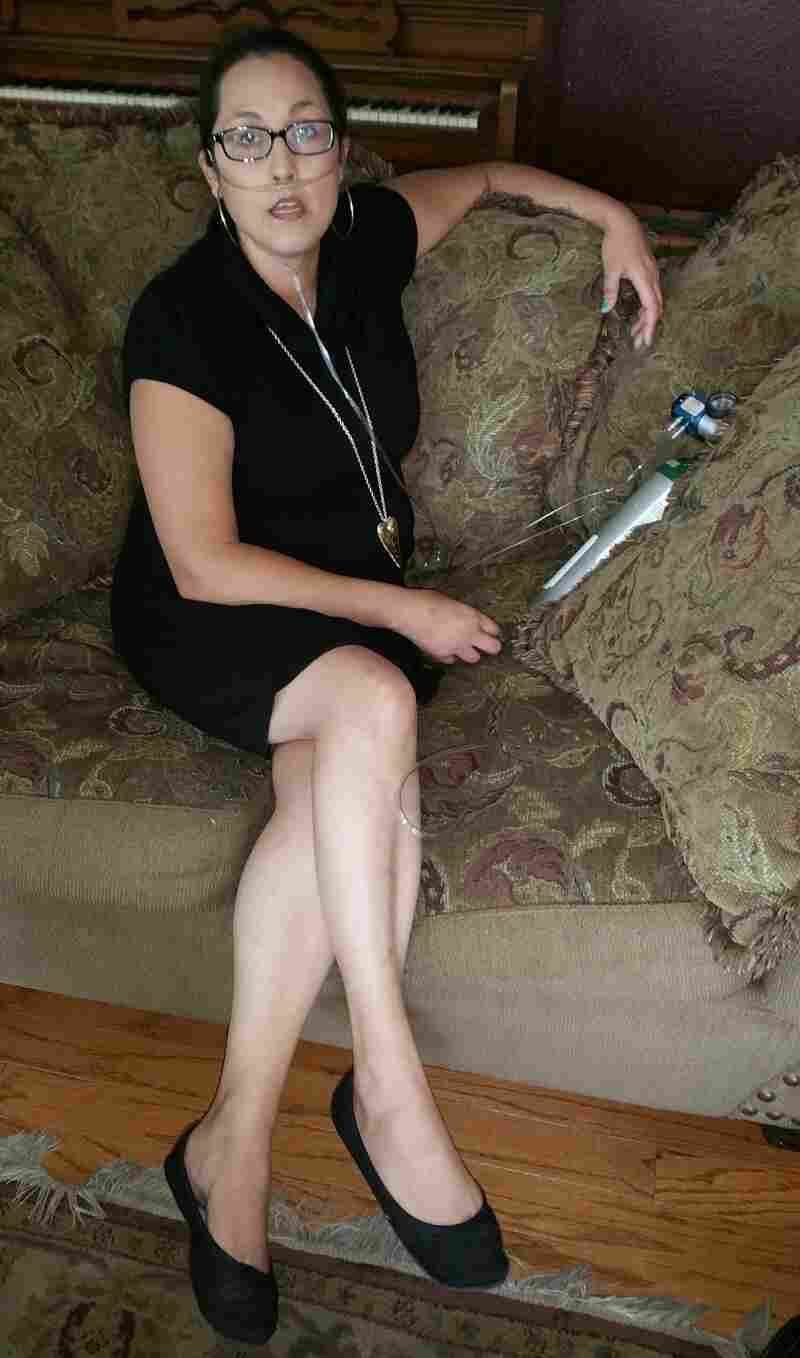 They also believe if California legislation called SB 128 passes, it would create the potential for abuse. Pressure to end one's life, they fear, could become a dangerous norm, especially in a world defined by high-cost medical care.

"Death can be beautiful and peaceful," she says. "It's a natural process that should be allowed to happen on its own." Even, she says, when it poses uncomfortable challenges.

Brian has traded his full-time job at a lumber company for weekend handyman work so he can care for Stephanie and the children. The family downsized, moving into a two-bedroom apartment they share with their dog and two pet geckos.

And it's that kind of support — from family, friends and people in her community — that Stephanie says keeps her living in gratitude, even as she struggles with her terminal illness and the realization that she will not be there to see her children grow up.

"I know eventually that my lungs are going to give out, which will make my heart give out," she says. "And I know that's going to happen sooner than I would like — sooner than my family would like. But I'm not making that my focus. My focus is today."

Stephanie says she is hoping for a double lung transplant, which could give her a few more years. In the meantime, this month marks three years since her doctor gave her three years to live. So every day, she says, is a blessing.

This story is part of a partnership with NPR, KPCC and Kaiser Health News.