Accessibility links
Overnight Contacts Can Help Kids' Sight During Day, But Also Carry Risks : Shots - Health News Ophthalmologists and cornea specialists have raised concerns about the lenses, citing studies and their own experiences treating children and teens who developed eye infections after wearing them.

The sales pitch for contact lenses that help kids see better by reshaping their corneas sounds futuristically appealing. Sleep overnight in the lenses, pop them out in the morning and experience perfect or near-perfect vision for an entire day.

Beth Levenson of Williamsburg, Va., thought the lenses, even at a price of $2,000, seemed ideal for her son Logan, then 9, who played on several sports teams.

"It was pretty amazing, actually," Levenson said. "He'd sleep in them at night, and when he woke up in the a.m. he could see. It was going beautifully, then one morning he woke up and said, 'My eye hurts.' "

A week and several misdiagnoses later, Logan underwent an emergency cornea transplant for a fungal infection that threatened to perforate his cornea and destroy his eyesight. Now 10, Logan no longer can play team sports, and he will need to take anti-rejection eye drops for the rest of his life.

Levenson said her family's optometrist never told them about possible risks associated with the lenses. 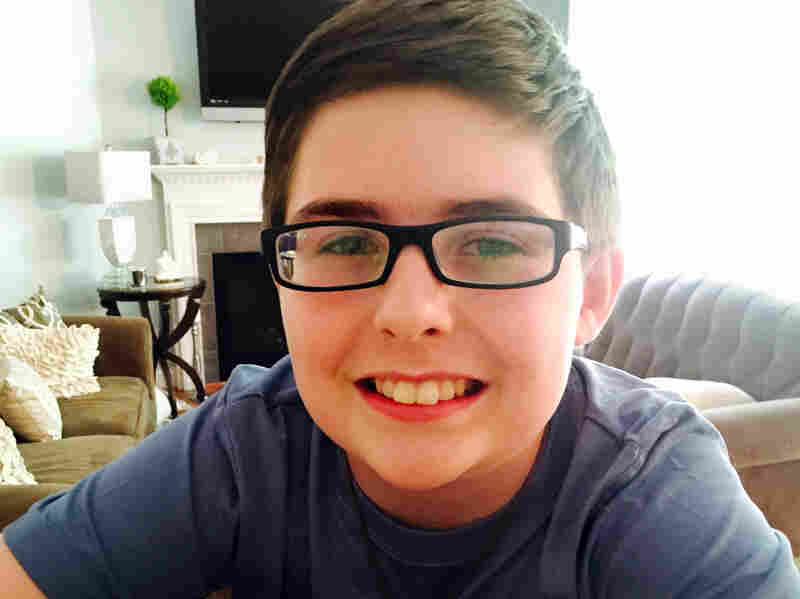 Logan Levenson had a cornea transplant to repair an eye after a fungal infection. Courtesy of Beth Levenson hide caption 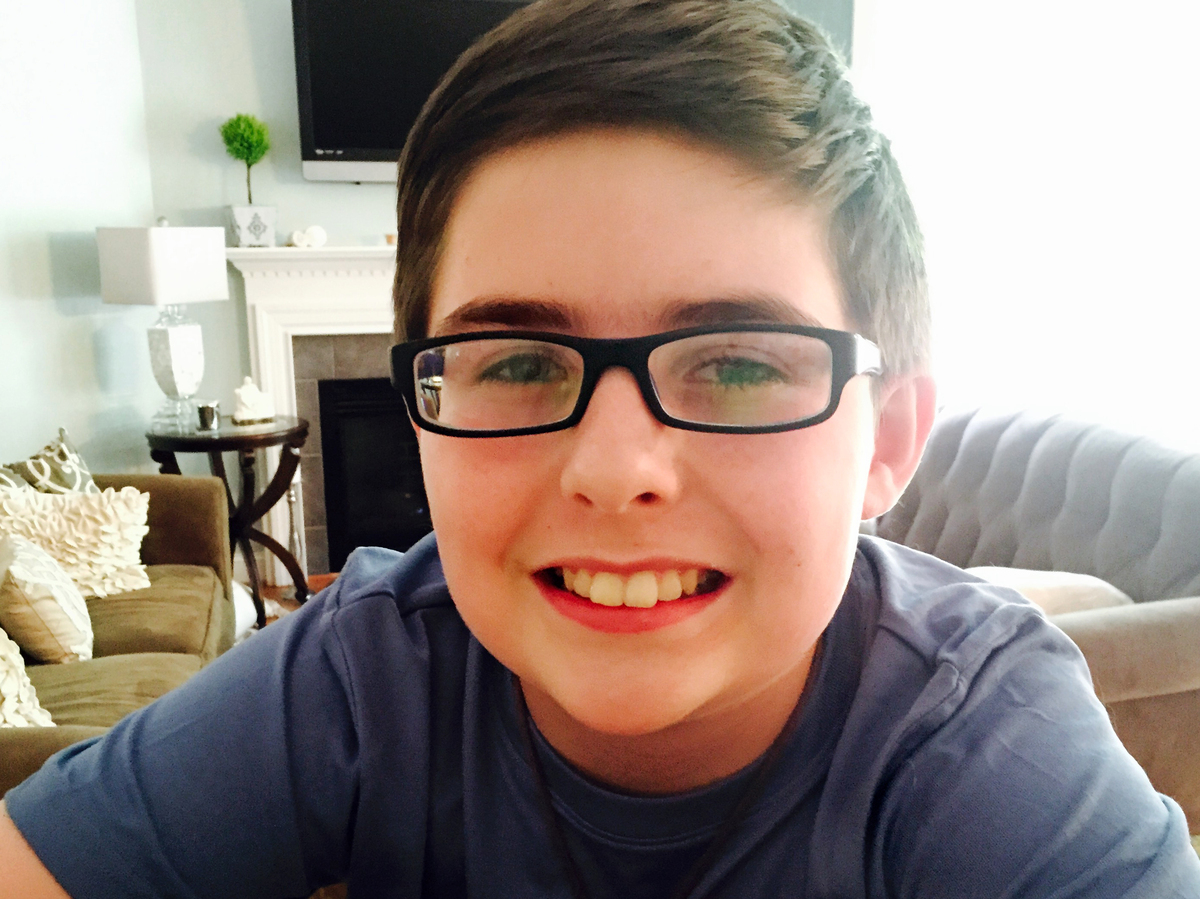 Logan Levenson had a cornea transplant to repair an eye after a fungal infection.

"I had no idea, none whatsoever, that any of this could have happened," Levenson said. "As far as I was concerned, it was completely safe." She said she never knew the brand of lens that had been prescribed to her son.

The practice of using contact lenses to shape the cornea in an attempt to prevent the progression of myopia (nearsightedness) has been around for decades. In the 1990s, better contact lens materials and technological improvements in measuring patients' corneas made it possible for the lenses to be used overnight to correct daytime vision.

The Food and Drug Administration approved the first orthokeratology contact lenses, as they're called, for overnight wear in 2002. Some studies have shown that the lenses may help slow the progression of myopia, which is increasing among children worldwide.

Today, orthokeratology lenses are primarily marketed by optometrists to children and teens with mild to moderate myopia. Typically, patients wear the rigid, gas-permeable lenses overnight and remove them during the day. But their effect is temporary, and the lenses need to be worn regularly at night to maintain clear daytime vision. The lenses, also known as ortho-k lenses, can cost between $800 to $2,000 and typically aren't covered by insurance.

Ophthalmologists and cornea specialists have raised concerns about ortho-k lenses, citing several studies and their own experiences treating children and teens who developed serious eye infections after wearing them.

Lens manufacturers and optometrists who prescribe them say that ortho-k lenses are as safe as any contact lenses approved for overnight wear, as long as young patients practice proper hygiene and lens care.

Newer lens materials have improved safety and manufacturers require providers to undergo training and pass a test before prescribing ortho-k lenses, said Harue Marsden, a professor at the Southern California College of Optometry at the Marshall B. Ketchum University in Fullerton, Calif.

While infections can occur with any type of contact lens, sleeping overnight with contact lenses in can significantly raise the risk of infection, eye specialists say. In 2008, the American Academy of Ophthalmology issued a report citing more than 100 case reports of ortho-k related infections and called for more research into complications from the lenses, particularly among children.

An FDA-required postmarketing study completed in 2010 found that six cases of "corneal infiltrate" — a sign of infection — were found in 661 children wearing ortho-k lenses for at least three months over a period of two years. But the study's authors noted that the study's sample size was small. Also, their survey of contact lens providers was voluntary, and providers who didn't respond might have been "motivated not to report," the authors wrote.

One manufacturer, Paragon Vision Sciences, said that of an estimated half-million of its Paragon CRT lenses prescribed to children worldwide, there had been only nine FDA medical device reports of problems with the lenses since 2002, and none caused vision loss. "Paragon's highest priority is the safety of the patients that use our products and we are proud of Paragon CRT's safety record," said company president and CEO Joe Sicari in a written statement.

But Dr. Chris Rapuano, chief of the Wills Eye Hospital Cornea Service in Philadelphia, says the benefit of the lenses for children isn't worth the risk.

"I'm not saying these lenses are evil, that no one should use them, but they do have risks," Rapuano said, "and each of these patients was not told of the risks."

Barbara Feder Ostrov is a freelance health journalist based in San Jose, Calif.