Accessibility links
A Top Medical School Revamps Requirements To Lure English Majors : Shots - Health News Many of the students at Mount Sinai's medical school in New York majored in English or history, and never took the MCAT. The school sees that diversity among its students as a great strength. 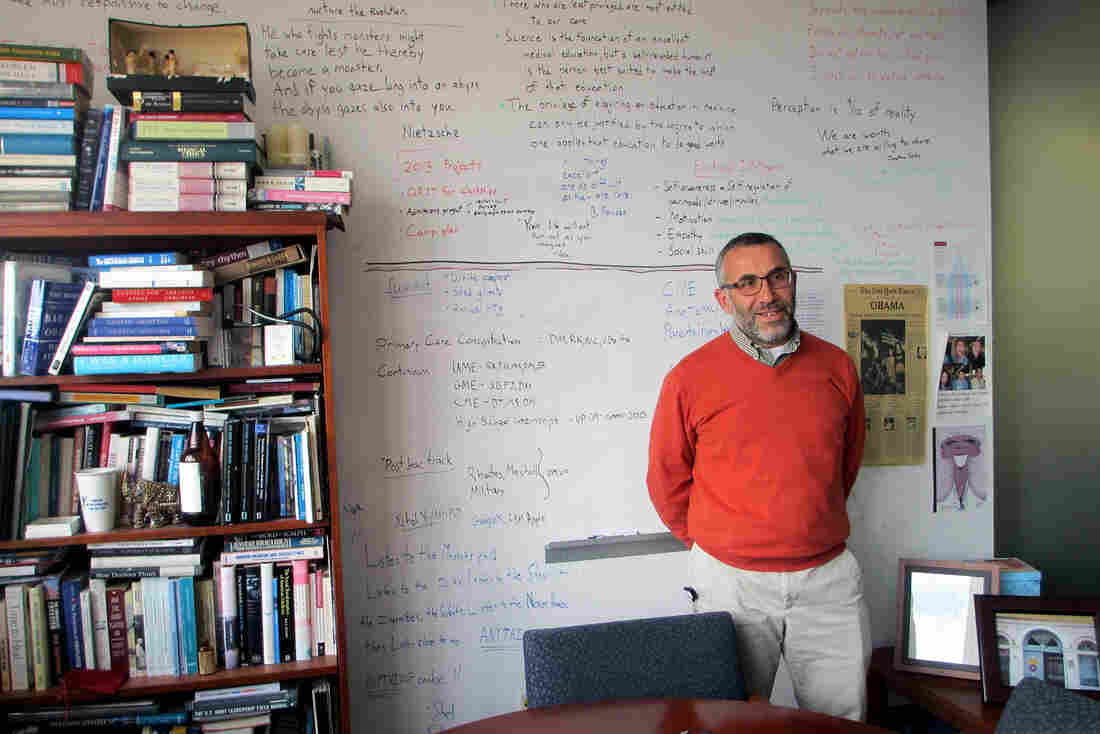 Dr. David Muller, dean of medical education at Mount Sinai, believes that including in each medical school class some students who have a strong background in the humanities makes traditional science students better doctors, too. Cindy Carpien for NPR hide caption 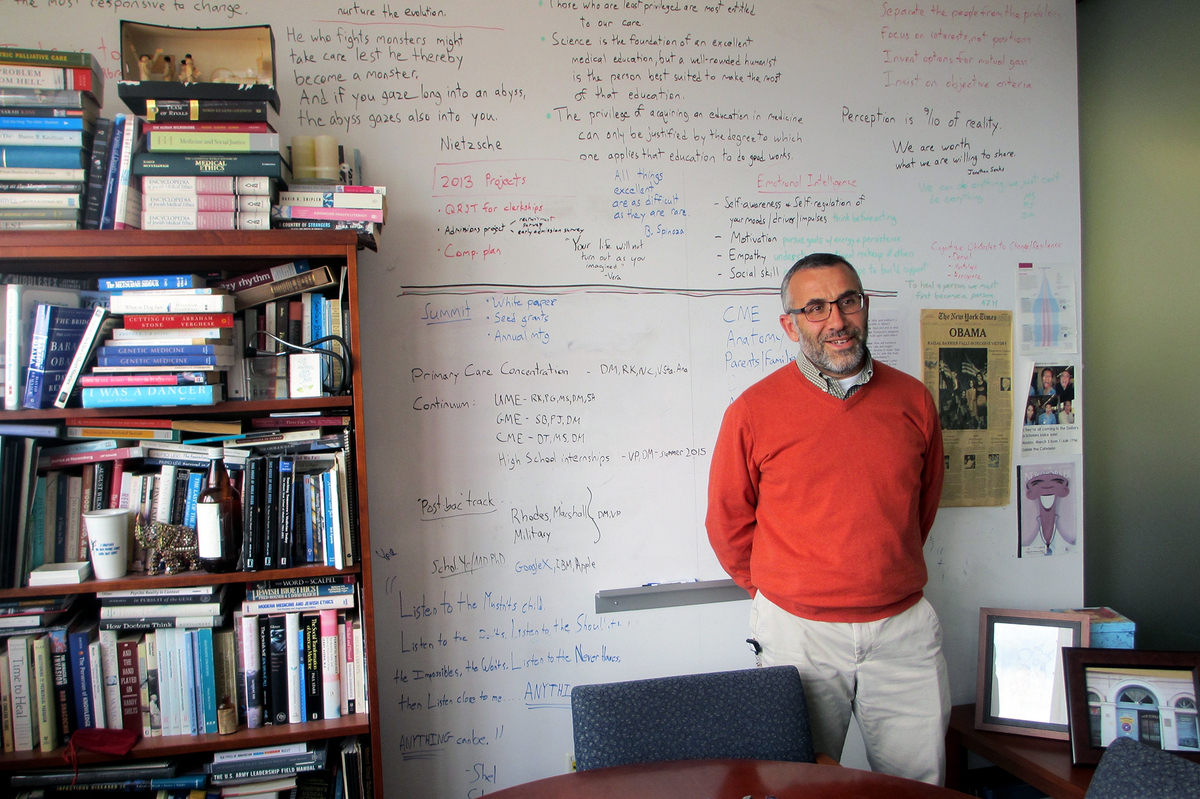 Dr. David Muller, dean of medical education at Mount Sinai, believes that including in each medical school class some students who have a strong background in the humanities makes traditional science students better doctors, too.

You can't tell by looking which students at Mount Sinai's school of medicine in New York City were traditional pre-meds as undergraduates and which weren't. And that's exactly the point.

Most of the class majored in biology or chemistry, crammed for the medical college admission test and got flawless grades and scores.

But a growing percentage came through a humanities-oriented program at Mount Sinai known as HuMed. As undergraduates, they majored in things like English or history or medieval studies. And though they got good grades, too, they didn't take the MCAT, because Mount Sinai guaranteed them admission after their sophomore year of college.

Adding students who are steeped in more than just science to the medical school mix is a serious strategy at Mount Sinai.

Dr. David Muller is Mount Sinai's dean for medical education. One wall of his cluttered office is a massive whiteboard covered with to-do tasks and memorable quotations. One quote reads: "Science is the foundation of an excellent medical education, but a well-rounded humanist is best suited to make the most of that education."

People who look at the same problems through different lenses will make us better in the long run.

The HuMed program dates back to 1987, when Dr. Nathan Kase, who was dean of medical education at the time, wanted to do something about what had become known as pre-med syndrome. Schools across the country were worried that the striving for a straight-A report card and high test scores was actually producing sub-par doctors. Applicants — and, consequently, medical students — were too single-minded.

Kase, according to Muller, "really had a firm belief that you couldn't be a good doctor and a well-rounded doctor — relate to patients and communicate with them — unless you really had a good grounding in the liberal arts."

So Mount Sinai began accepting humanities majors from a handful of top-flight liberal arts schools after their second year of college. These students are expected to continue to follow their nonscientific interests for the remainder of their college careers.

Mount Sinai takes care of teaching these students the science they need, during the summers. Interestingly, it's not exactly the same courses that are studied in most pre-med programs. 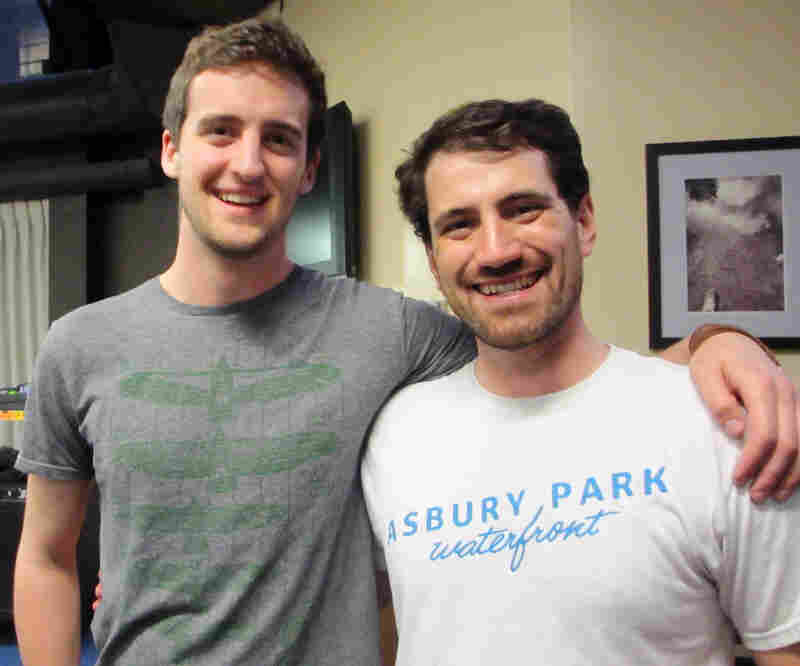 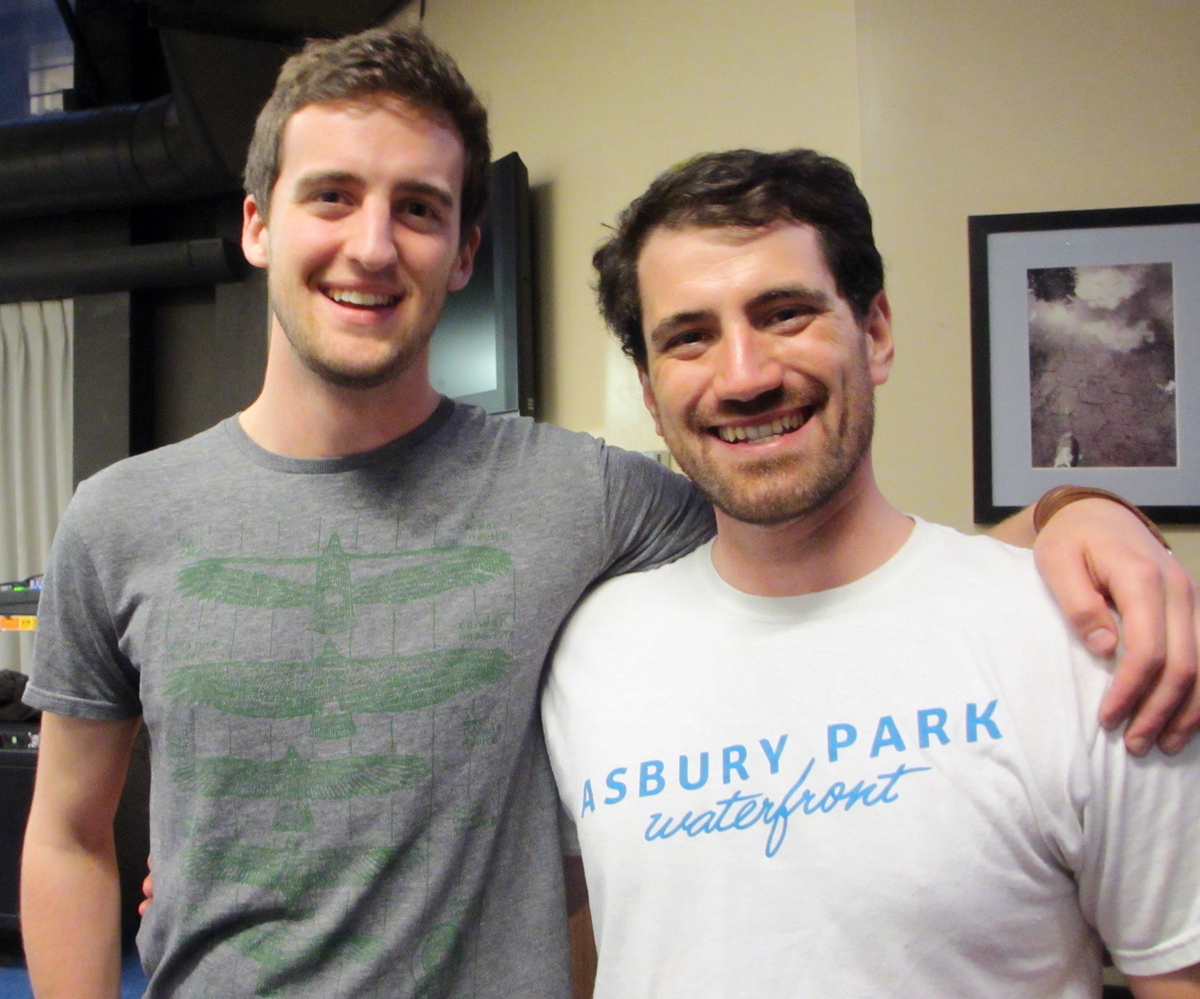 The usual pre-med sciences — including several semesters of chemistry, physics, and calculus — date from the early 1900s, when an educator named Abraham Flexner revolutionized medical school by turning it into a truly scientific endeavor.

But those core science courses haven't changed much since Flexner, Muller says, while science has.

"The science for 1910 is only nominally relevant today; yet that's the filter through which everyone has to come," he says.

And that filter often weeds out people who could make excellent practitioners. Too frequently, Muller says, "if you can't get an A-minus in organic chemistry, you're not going to be a doctor."

Such artificial barriers "exclude people from medical school that we desperately need," he says.

Studies have shown that the students in Mt. Sinai's Humanities in Medicine program are just as successful in medical school as the students who take more science classes in college. And they are slightly more likely to choose primary care or psychiatry as a specialty — both areas of high need.

At a recent end-of-year party thrown by the medical students for professors and administrators, even the teachers had trouble remembering who was a "HuMed" student and who wasn't.

Someone finally points out Virginia Flatow. She's a second-year student from New York. She majored in psychology at Bates College in Maine. But she was also on the debate team. That meant lots of traveling to tournaments. Flatow says she would never have been able to do that if she'd been on the classical pre-med track.

"There are very few [medical school] courses — maybe, I can think of one off the top of my head — where doing a lot of science in college helps you," Flatow says. "The rest of it is just a matter of, 'How well do you study?' "

Flatow agrees with a growing number of medical educators that organic chemistry is largely irrelevant for medical school, and that its difficulty discourages many students.

"I know so many people who took one semester of organic chemistry [and] dropped pre-med," she says. "My brother was one of them."

John Rhee, another second-year HuMed student, majored in public policy at Cornell and says he was even thinking about going into hotel management. But he decided to become a doctor after taking a summer job at a hospice.

"The experience was so deep for me," he says, "partnering with a patient through end-of-life care."

Keith Love, a first-year HuMed student from Colby College in Maine, says he originally gave himself a "zero percent chance" of going to medical school. He studied environmental science and anthropology in college, and still escapes Manhattan some early mornings to go birding. But, he says, "I thought about what I really wanted to get out of a career — and it was medicine."

These non-traditional students serve yet another role: They round out what could otherwise be a class full of science wonks.

"I think the cross-fertilization of ideas that goes on ... ultimately everyone benefits from it," says Harsh Chawla, a third-year student from Danville, Calif. He did the traditional pre-med program, majoring in biology at the University of Southern California.

The effort has worked so well, in fact, that Mount Sinai is expanding it, opening it to students in any major from any college or university. Eventually half the class will be admitted via a slightly reconfigured program, which has a new name: FlexMed.

Back in his 13th-floor office, Muller shows visitors his commanding view of the East River and East Harlem, "which is sort of the core community we serve as a medical school."

And while he describes his own pre-med training as "cookie cutter," Muller has done his own share of thinking outside the box. Among other things, he is nationally recognized for helping create the nation's largest academic home-visiting program for patients.

But what would he have pursued in college had he not headed straight to the science track?

He thinks for a moment. "Literature — English lit," he says, wistfully. "I read voraciously as a kid, and that almost came to a complete standstill in college because there was just no time to breathe."

Can pursuing different interests really make a better doctor? Of that Muller is confident.

"People who look at the same problems through different lenses will make us better in the long run," he says. "Now, can I prove that's going to be the case? No. But I'd like to believe that it is."