Accessibility links
When Are Employee Wellness Incentives No Longer Voluntary? : Shots - Health News Many workers like the programs, and employers say they help hold down health insurance costs. But there are legal questions about how far companies can go to encourage participation. 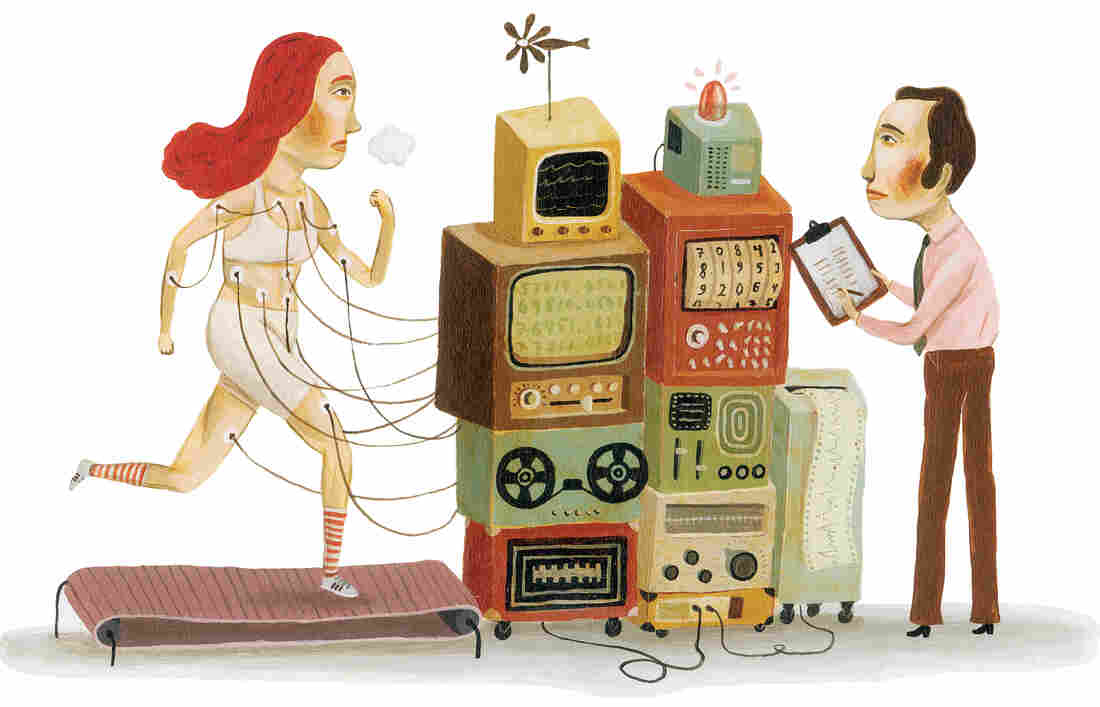 There are legal questions about how far employers can go to encourage participation in wellness programs. Bjorn Rune Lie/Ikon Images/Getty Images hide caption 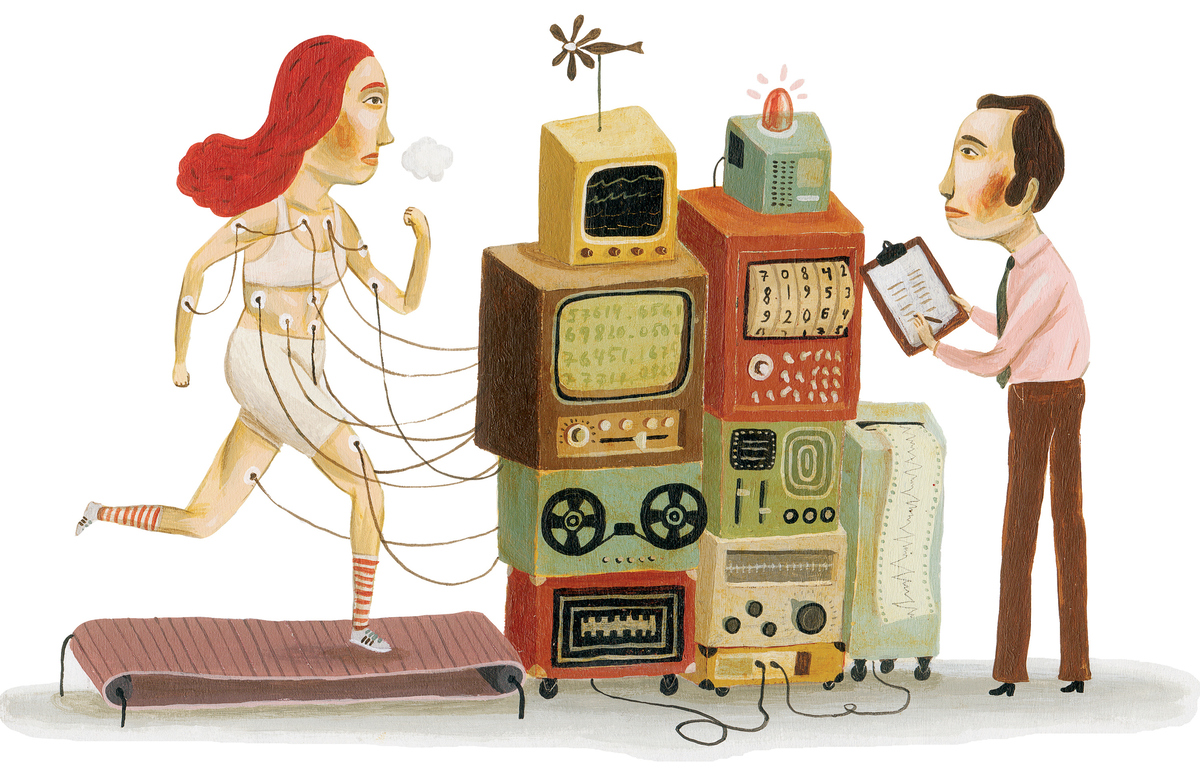 There are legal questions about how far employers can go to encourage participation in wellness programs.

Scotts Miracle-Gro makes products for the care and health of lawns. The Marysville, Ohio, company says it wants to nurture its 8,000 employees the same way.

"It's very much of a family culture here," says Jim King, a spokesman for the Scotts company, which offers discounted prescriptions, annual health screenings and some free medical care.

In states where it's legal, the company refuses to hire people who smoke.

"We've been screening for tobacco use for about a decade," King says. "We no longer employ tobacco users."

That provision landed the company in court several years ago. A new hire failed a urine test for nicotine, lost his job offer and sued the company, arguing it was meddling in private affairs to drive down costs. He lost on appeal in 2012.

Scotts is among the majority of medium to large employers that offer some sort of wellness program for their workers.

About 80 percent of Scotts employees submit to health screenings, and those deemed to be making unhealthful choices pay more for health insurance.

King says Scotts' wellness policy attracted outside scrutiny, but its employees embrace it.

"Once people understood what the program actually was, they recognized that it wasn't anything like Big Brother at all," he says. "And, in fact, what we were doing was providing them tools."

Participation in the wellness program at Scotts is not mandatory. In fact, under the law, such programs must be voluntary. But regulators are now trying to define what "voluntary" means.

Some hospitals require their workers to get flu shots, which is controversial among those who can't or don't want to get vaccines. Beyond that, there are questions about money. For example, is a big financial penalty for nonparticipation too coercive? What about incentives for completing health screenings?

Incentives can work, he says, but you have to be careful not to overdo it. "Once the incentive amounts go over a certain threshold, it may become a little bit more coercive," Pronk says.

Last year, the Equal Employment Opportunity Commission sued several companies, alleging their policies were too heavy-handed. They argue those companies required health screenings or made nonparticipants bear the full cost of health insurance.

Christopher Kuczynski, associate legal counsel at the EEOC, notes that in a separate proceeding, the commission is considering regulations to define what companies are allowed to do to encourage participation in wellness programs.

"Limited incentives are permissible," Kuczynski says, "as long as the maximum incentive for participating doesn't exceed 30 percent of the total cost of coverage."

Kuczynski adds that employers must make sure their programs comply with many laws, including those governing the privacy of health and genetic information, the Affordable Care Act and the Americans with Disabilities Act. Employers can't use workers' health against them.

"There are opportunities for discrimination," Kuczynski says. "This information that's collected as part of a wellness program can't cross over to anyone who deals with making employment decisions."

Business groups say they are striking a balance between encouraging participation and protecting the choice of their workers.

The Boss Can Force You To Buy Company's Health Insurance

Brian Marcotte is president and CEO of the National Business Group on Health, a policy group representing large employers. He says most health care costs are lifestyle related, and employers want to reduce costs. But that's not the only calculation companies are making.

"At the end of the day, employers want healthy, productive, engaged, resilient employees, and the most competitive workforce possible," Marcotte says. "And investments in health and well-being are part of that equation."

"Health care and wellness is an employee benefit," she says. "So you've got to do something that is attractive to your employees."

No one benefits, she says, if no one uses the programs.