Accessibility links
People in Power Are Quick To Call Out Injustice When They Are Harmed : Shots - Health News People who feel powerful are quicker to change jobs or point out inequity directed at them than are people with less power, a study finds. This may help explain how hierarchies are maintained. 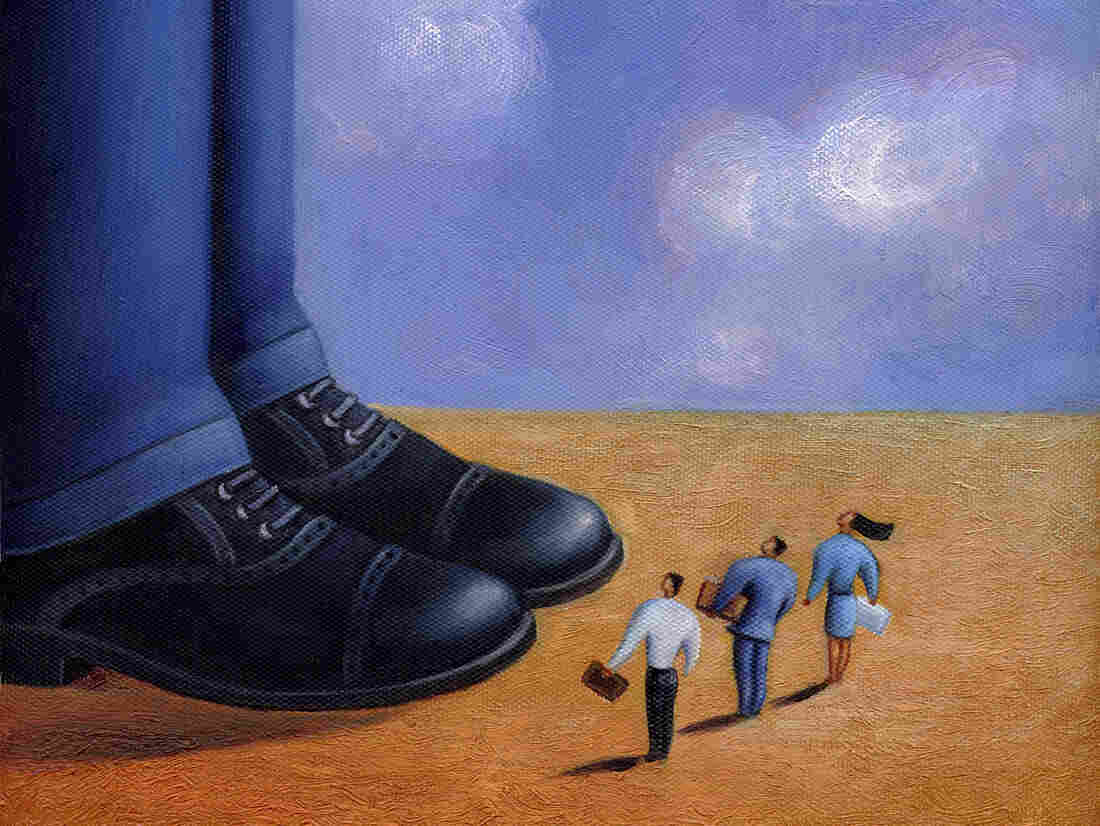 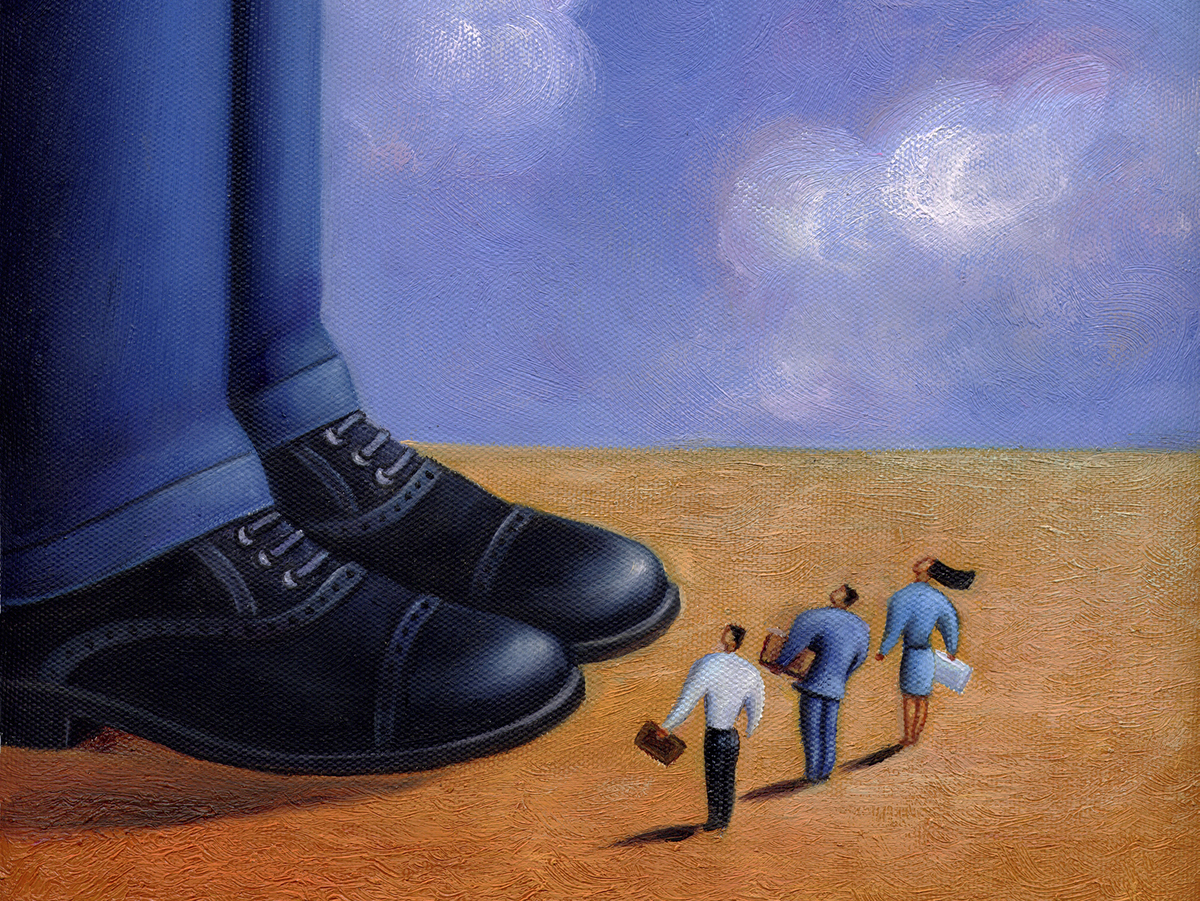 You're being treated unfairly at work. How do you react — voice your concerns or stay quiet?

That reaction may indicate whether you're a powerful or powerless person, a study says, but it could also explain how inequality is maintained in society. Powerful people react swiftly when they are victims of unfairness, while less powerful people are slow to notice and react to injustice, according to research published Friday in the Personality and Social Psychology Bulletin.

"Power shapes how quickly you respond to self-related injustices," explains Takuya Sawaoka, a doctoral student in psychology at Stanford University who conducted the study. "When people have a lot of power and resources, they come to feel like they deserve better outcomes than others."

That sense of entitlement became evident when Sawaoka conducted computer game experiments using imaginary money; the games, which involved more than 200 people, were designed to test people's perceptions and reactions to unfairness.

To prompt temporary feelings of power and powerlessness, participants were asked to write about one of two experiences: a time when they were in a position of power or a time when someone had power over them. Then the fun began.

In another game, high-power participants were quick to "quit their jobs" and switch to new hypothetical employers when they were given unfair wage distributions. Low-power participants had slower reactions. Despite meager wages, they stayed with their employers for longer.

The Fall And Rise Of U.S. Inequality, In 2 Graphs

"It comes down to a sense of entitlement, and for people in less powerful positions, they sometimes start to think they don't deserve as much," Sawaoka explained. "These types of people need to believe they do deserve better to help them respond more quickly to injustice."

Sawaoka thinks that powerful peoples' quick perceptions and reactions to unfairness may help explain hierarchies like class and income differences.

"Effectively responding to unfair situations could enable the powerful to maintain their higher social standing," he said. "In contrast, because powerless people are slower to perceive and respond to unfairness, they may become more vulnerable to exploitation. These processes could end up perpetuating gaps between the powerful and powerless."

Steven Blader, a psychologist a New York University who was not involved with the study, is more hesitant about what the results mean.

"I'm not sure this explains hierarchies," Blader said. "This does not mean that the masses are tolerant of unfairness or slow to perceive it, just that there's an amplification of the deed among the powerful."

Blader adds that views and responses to unfairness ultimately depend on an individual's values.

If someone in a powerful position is egocentric and self-interested, they won't be sensitive about the treatment of others, he says. But if they are honest and fair, they will likely notice when justice is not being carried out for both themselves and others.