Accessibility links
When It Comes To SPFs And Sunscreens, We're Still In The Dark : Shots - Health News Changes in sunscreen labels designed to make them clearer don't seem to be doing the job, a survey finds. Less than one quarter of people knew that SPF value relates to preventing sunburns. 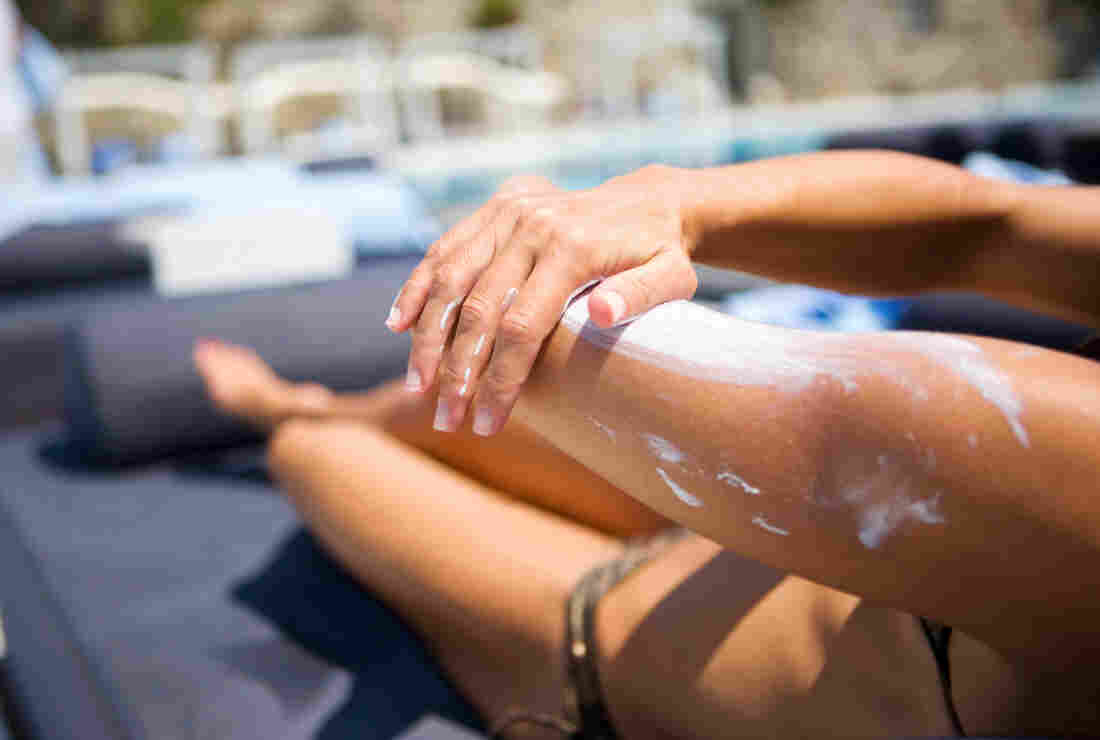 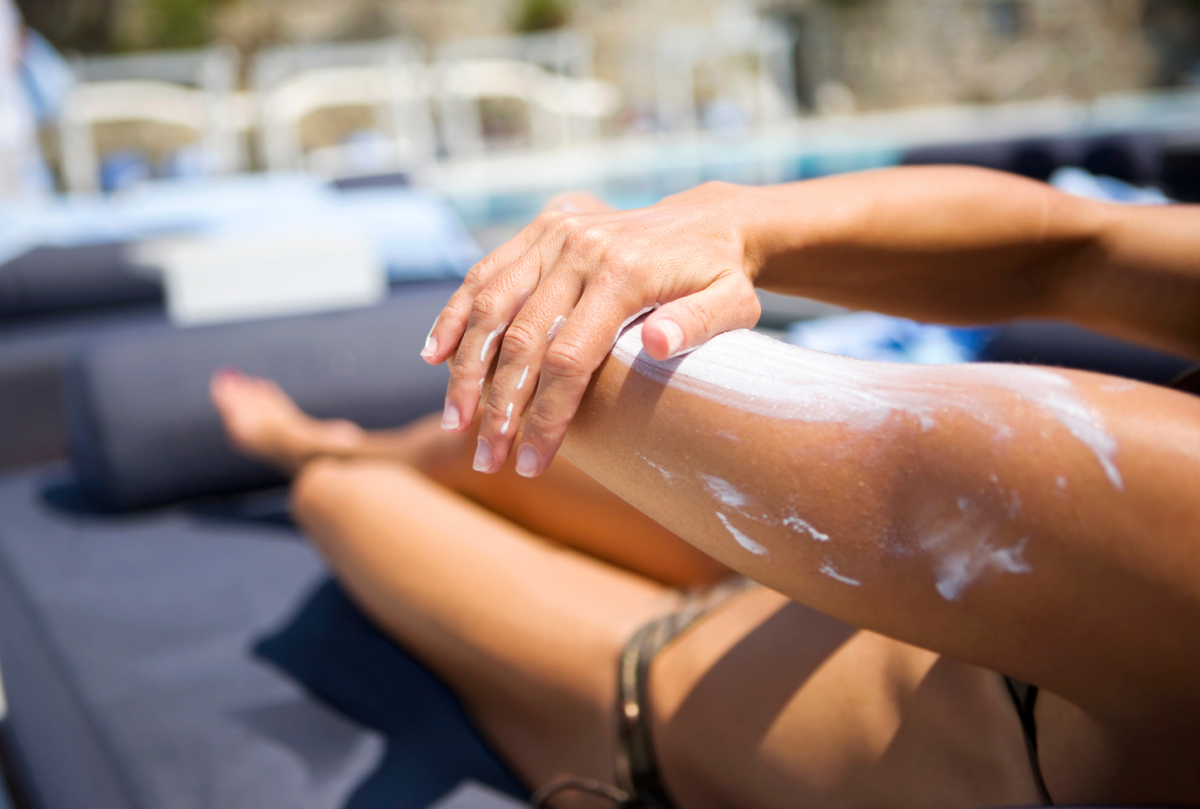 Do you know what broad spectrum means? What about SPF? No need to be ashamed if you can't answer those questions, because you're not alone.

In a survey of 114 people, a mere 7 percent knew that "broad spectrum" on a sunblock label means it defends against early aging.

And only 23 percent understood the SPF, or sun protection factor, signifies the level of protection against sunburns. The findings suggest that despite recent efforts by the Food and Drug Administration to clarify sunscreen labels, they remain a mystery to many.

"There are hundreds of options when [people] go in front of an aisle, so it's hard to know what's best," says Roopal Kundu, a dermatologist at Northwestern University who led the study. It was published Wednesday in JAMA Dermatology.

But a large portion of those surveyed had a family member with skin cancer — and they still lacked understanding. "I thought they would be more knowledgeable," Kundu told Shots.

Tip: To know if a sunscreen helps ward off skin cancer, look for the term "broad spectrum" on the label. That means the product offers protection against both ultraviolet A (UVA) and ultraviolet B (UVB) rays — two types of radiation that are both associated with cancer. An SPF of 15 or higher is recommended, but the FDA says there's no evidence that SPFs of higher than 50 provide additional protection.

So what do consumers spring for when buying a sun lotion?

Nearly half of those surveyed said a high SPF value is most influential while browsing. That's important, Kundu says, but just not enough.

"This tells us there's a heavy reliance on SPF values, which only account for UVB rays; it has no affect on UVAs," she says. And UVAs Kundu argues, are possibly more worrisome than UVBs. UVAs can penetrate clouds and windows. They are present year round and throughout the day, and they penetrate the skin more deeply than UVBs.

Exposure to UVAs is a major cause of skin aging, wrinkling and tanning, while UVBs are the chief culprit behind sunburns. However, both types of radiation play roles in the development of skin cancers including melanoma, basal cell cancer and squamous cell cancer.

These two bad guys (UVAs and UVBs) can be prevented if broad spectrum is on the tag, but consumers seemed to lack understanding of the term's meaning, stating that it was not as influential in their product decision.

David Leffell, a dermatologist at Yale University who was not involved with the study, was not surprised by the lack of knowledge out there.

How Sunscreen Can Burn You

"The concept of SPF and sun protection, in general, is very complicated for people to understand," he says. "[And] the truth is that the phrase 'broad spectrum' doesn't mean anything to anyone."

Leffell and Kundu agree that consumers should try to educate themselves more about the terminology before making a purchase, but they also say further FDA changes to sunscreen labels could be beneficial.

"I think a simplified type of labeling would be helpful," Leffell says. "We could translate the complex by using graphics."

Kundu thinks the key is highlighting the importance of UVAs on labels.

"A piece of the puzzle will be trying to create a better label for UVAs," she says. "Saying 'broad spectrum' is unclear to readers."

The FDA has tried to address UVAs on sunblock labels in the past. In 2011, they established the term "broad spectrum" so that consumers could recognize if a product offered protection against UVAs as well as UVBs.