Accessibility links
Worried You Have An STD? This App Helps You Quietly Find Out : Shots - Health News Planned Parenthood has an app that offers discreet help for Californians seeking to get tested for chlamydia or gonorrhea.

Worried You Have An STD? This App Helps You Quietly Find Out

Worried You Have An STD? This App Helps You Quietly Find Out 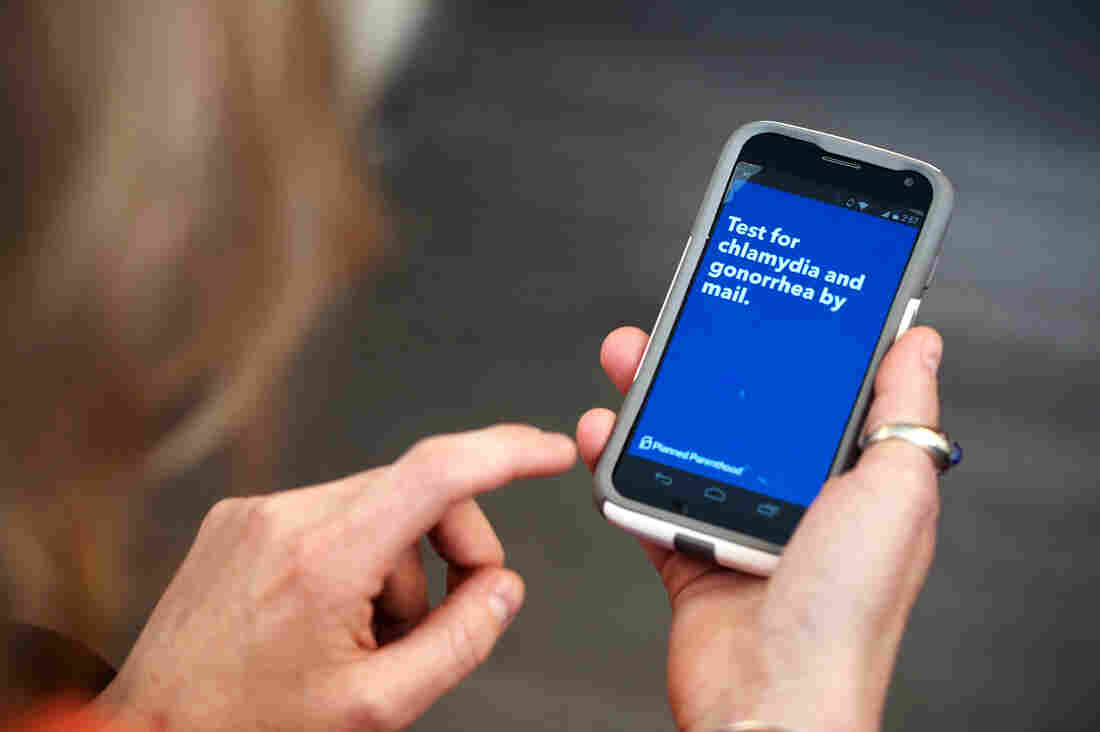 A screenshot from Planned Parenthood's new app, which tests for chlamydia and gonorrhea by mail. Meredith Rizzo/NPR hide caption 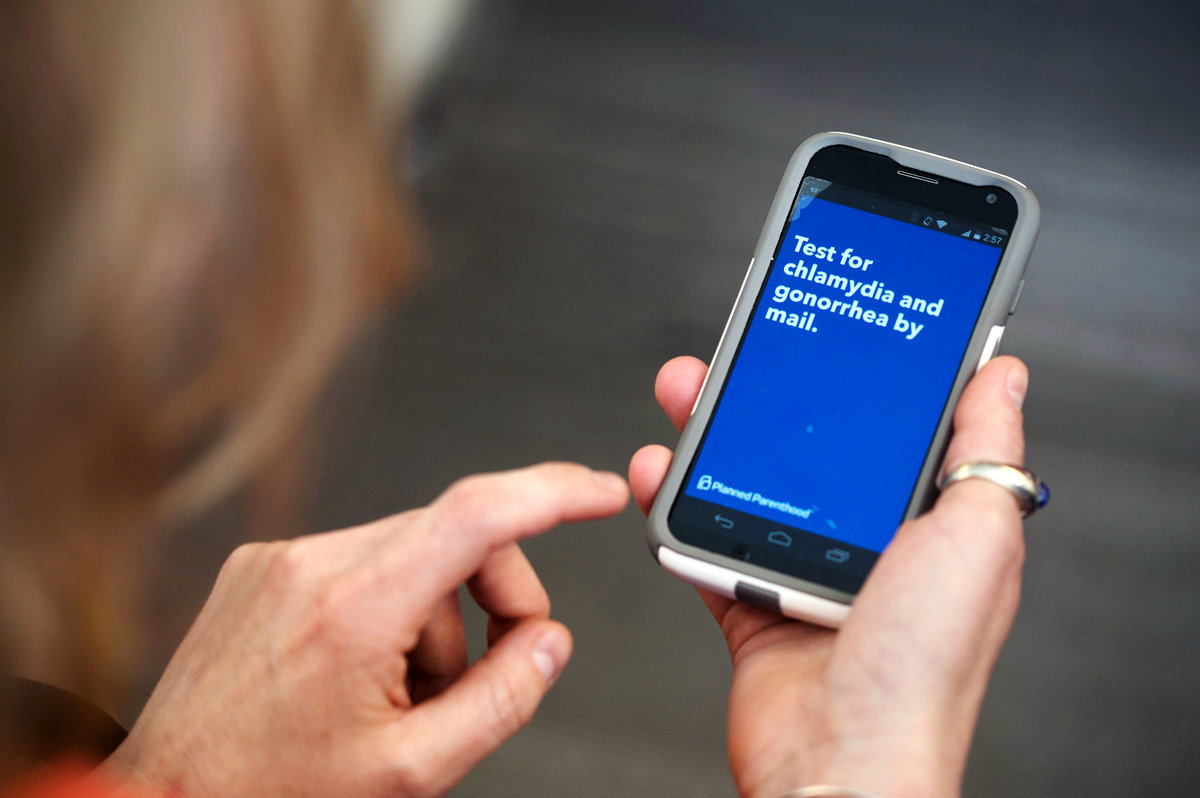 A screenshot from Planned Parenthood's new app, which tests for chlamydia and gonorrhea by mail.

It's a little more complicated than shaking your phone like a Magic 8 Ball, but just a little. And, for now, only California residents can use it. But the Planned Parenthood Direct app, released this week as pilot program in California, puts the answers to potentially embarrassing medical questions at your fingertips.

After downloading the app and creating a profile (you must be at least 16 years old and have a California mailing address), you review information about testing for chlamydia and gonorrhea, the two most common STDs. For $149, an STD test kit is mailed to your house along with a prepaid return package. The fee also covers lab costs and analysis of test results.

You collect your own urine sample. The prepaid envelope means you don't have to answer awkward questions at the post office (Anything fragile, liquid, perishable or potentially hazardous?). Several days after mailing your sample you will have the test results, which come via secure messaging in the app.

So what if this particular Magic 8 Ball comes back with a 'YES?'

If you test positive for chlamydia, Planned Parenthood can write a prescription for antibiotics and help you find a local pharmacy to get it filled. If you test positive for gonorrhea, the best treatment may include an antibiotic shot, so the app will direct you to a Planned Parenthood health center. If you prefer, you can instead to go to your own doctor's office for the injection.

Chlamydia is one the most commonly reported STDs in the United States, affecting almost 2 million people under age 40, according to the Centers for Disease Control and Prevention. Although it's easy to cure, it's often symptomless, and if left untreated can make it difficult for women to become pregnant.

Gonorrhea may not have symptoms, or you might have discharge and a burning sensation when you urinate. Gonorrhea is also curable, but waiting too long can cause serious health consequences, such as infertility in both women and men. Having gonorrhea may also make it easier for you to get HIV.

Due to the health risks of going untreated, the CDC recommends that sexually active women under 25 and older women with new or multiple sex partners get tested for both of these STDs every year.

The STD app is a pilot project, according to Jill Balderson, vice president of health care innovation at the Planned Parenthood Federation of America.

"We're starting with chlamydia and gonorrhea in California, and we would love to see that expand," Balderson says.

This isn't Planned Parenthood's first foray into mobile apps. Six months ago the organization launched another pilot app called Planned Parenthood Care. This one, only available in Minnesota and Washington, allows users to video chat with a health care provider and receive birth control or STD test kits through the mail.

Smartphones Are So Smart They Can Now Test Your Vision

Apps can help make health care a lot more accessible, Balderson says. "Being able to be with someone all the time on their phone means that wherever they are, they can access it immediately." The format might particularly appeal to the age group most at risk for chlamydia and gonorrhea: men and women under 25.

And a cell phone is a lot easier to fit in your pocket than an actual Magic 8 Ball.