Accessibility links
California's Medicaid Program Fails To Ensure Access To Doctors : Shots - Health News The state is not monitoring its Medicaid managed care plans to make sure they have enough doctors to meet patients' needs, an audit finds. And thousands of calls to an ombudsman were never returned. 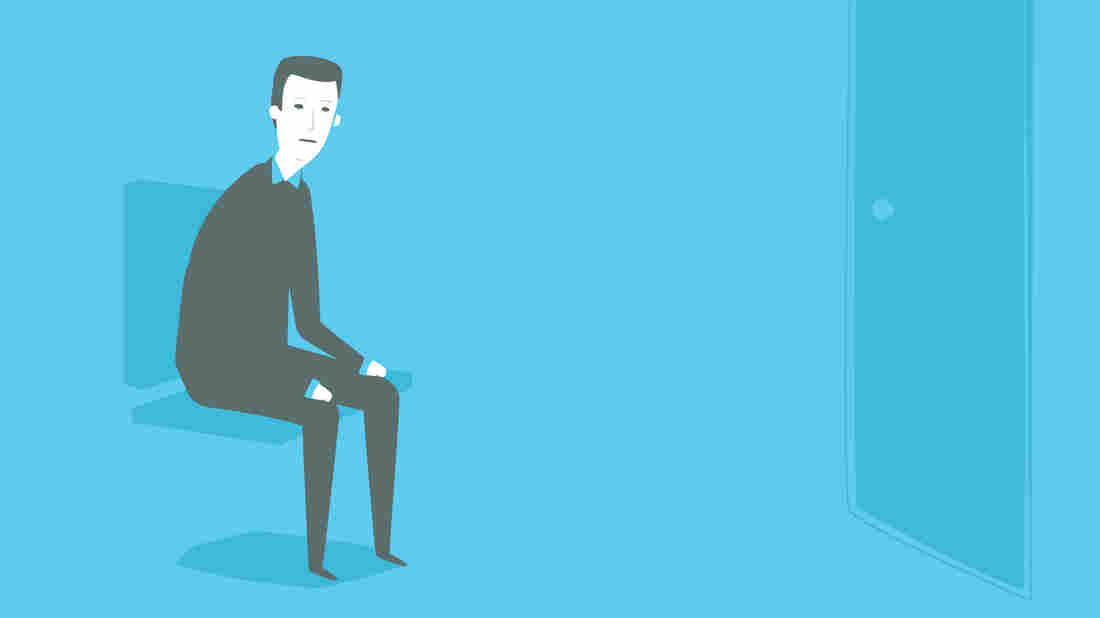 Long waits and lack of access to doctors is a continuing problem with California's Medicaid program, an audit finds. iStockphoto hide caption

Terri Anderson signed up for California's Medicaid program earlier this year, hoping she'd finally get treatment for her high blood pressure. But the insurer operating her Medicaid plan assigned the 57-year-old to a doctor across town from her Riverside, Calif., home and she couldn't get there.

"It was just too far away," says Anderson, adding that she cares for her 90-year-old ill father and can't leave him alone to make an hour round-trip drive to the doctor. Now she's crossing her fingers that a health clinic near her house will accept her new insurance.

She's not alone. In an effort to control costs in its rapidly expanding Medi-Cal program, California has relied heavily on managed care insurance companies to treat patients like Anderson.

The state pays insurers a fixed amount per enrollee and expects the companies to provide access to doctors and comprehensive care. But a scathing state audit released last Tuesday shows that California is failing to make sure those plans deliver. Many enrollees have insurance cards but often have trouble getting in to see a doctor.

The state didn't verify that insurers' directories of doctors were accurate, the audit found, or that the plans had enough doctors to meet patients' needs. The state Department of Health Care Services also didn't do its own required annual audits of the plans.

And thousands of phone calls to an ombudsman's office — created to investigate complaints — went unanswered every month.

The audit focused on three health plans, but underscores a broader problem in California: the lack of sufficient oversight of a program that now serves about 12 million beneficiaries, three quarters of whom are in managed care. Advocates and analysts say the state has moved too quickly to shift enrollees into managed care plans and given too much unsupervised responsibility to the companies.

While people enrolled in the old, fee-for-service Medicaid system sometimes had difficulty finding doctors, especially specialists, the difference is the managed care plans have a legal responsibility to provide sufficient access to their consumers.

The sheer number of enrollees, along with the complexity of their health care needs, means the state needs to do a better job tracking the plans responsible for caring for them, said Gerald Kominski, director of the UCLA Center for Health Policy Research.

"The audit indicates now that so many Californians are enrolled, how important it is for the state to have adequate oversight," Kominski says. "The state has a long way to go to reach that goal."

Aimee Mejia, a single mother in South Gate, just a few miles southeast of downtown Los Angeles, said finding specialists to treat her diabetes and psoriasis was challenging. Some didn't accept her Medi-Cal insurance and others were too busy to see new patients. She finally found doctors, but driving to one takes about 40 minutes and the other, more than an hour.

"I thought that was normal, to be rejected by doctors or to wait for care," Mejia says. "But there is something wrong here."

New proposed federal regulations designed to improve Medicaid managed care could help by requiring states to ensure that patients have enough access to doctors and hospitals. The regulations also would limit profit margins and establish a quality rating system for plans. In addition, a proposed bill in California would require plans to provide accurate and up-to-date provider directories.

Officials at the state's Department of Health Care Services say they already have made some changes and are monitoring doctor networks more thoroughly than the audit found.

But even if oversight improves, many argue that the only way to get more doctors and other providers to participate in Medi-Cal is to increase payments. A coalition of unions, doctors and hospitals are pushing to raise rates in California. If that doesn't happen, more regulation will only go so far, says Sean Wherley, spokesman for SEIU-United Healthcare Workers West.

"If there still aren't doctors taking new Medi-Cal patients, how is that any better for patients?" he said.

The issue of managed care oversight isn't limited to California. Several states have transferred responsibility to managed care insurers but aren't closely tracking whether Medicaid patients are getting the care they need, says Joan Alker, executive director of the Georgetown University Center for Children and Families.

"This is a national problem," Alker says. "More beneficiaries with chronic and difficult health conditions and more public dollars are going into managed care. We absolutely need more accountability."

Oversight has been hurt by state budget cutbacks and the loss of seasoned employees, Alker says. In addition, for-profit companies running managed care plans have a responsibility to return profits to their shareholders. "That comes up against the responsibility of dealing with a population of people who have a lot of health care needs," Alker said.

California has been moving large numbers of poor patients into managed care for decades. Over the past few years, however, the pace has accelerated. Many newer beneficiaries, including seniors and people with disabilities, have multiple chronic illnesses. And people who gained Medi-Cal coverage through the Affordable Care Act also may have gone without treatment for a long time and have serious health needs.

Each transition has been rocky, with patients and advocates raising concerns about patients' inability to find primary care doctors or specialists.

Linda Lindsey, 60, lives in Weaverville, a rural town outside Eureka in far northern California that has a limited number of doctors. Lindsey says she was moved into a Medi-Cal managed care plan a few years ago, and has even fewer options for doctors and pharmacies than she did before.

At one point, Lindsey, who has Crohn's disease, said she drove about 50 miles to see a specialist only to be told that the office didn't accept her plan. "I was upset, to say the least," she said.

Some of the issues have arisen because Medi-Cal grew much faster and bigger than anybody predicted, says Stan Rosenstein, a consultant and former chief deputy director at the state health care services department. The numbers jumped from 6.6 million enrollees in 2007 to 12.2 million to this year.

But caring for people through managed care is a vast improvement over the old fee-for-service system, Rosenstein says. In that, doctors got paid per visit. In managed care, he says, "There is a lot more measurement, a lot more accountability and a lot more contractual requirements than there ever had been."

There are numerous laws on the books requiring state monitoring and sufficient access to doctors. For example, California is required to determine that plans have enough doctors and that patients don't have to travel too far to reach them. State officials also must do regular assessments of plans to determine whether they can meet their contractual obligations.

But just having laws isn't enough to ensure that patients' needs are met, says Abbi Coursolle, a staff attorney at the National Health Law Program. "Those standards are only as good as the state's ability to enforce them," she said.