Accessibility links
California Law To Curtail Vaccine Exemptions Clears Hurdle : Shots - Health News If the bill passes out of the Legislature, the bill would then move to the desk of Gov. Jerry Brown. He hasn't indicated whether he'll sign the bill. 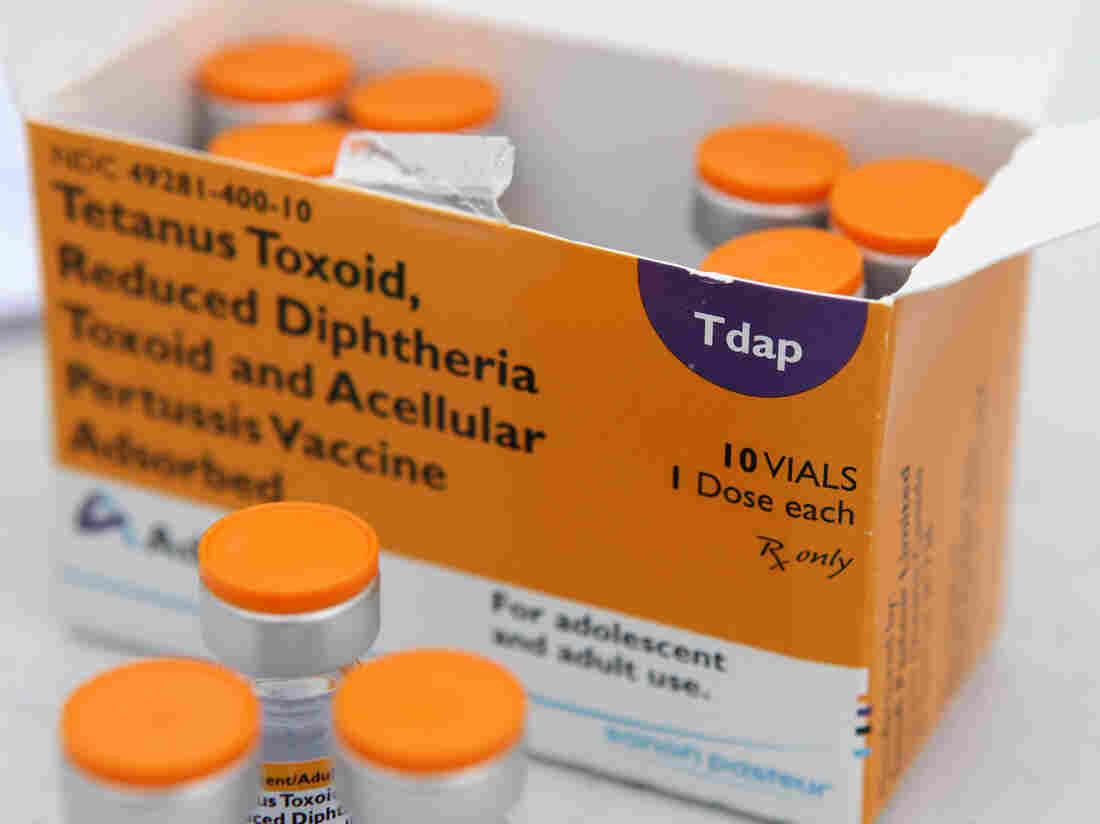 A box of vaccine vials sits on a table during a Solano County health fair in 2010 in Vallejo, Calif. Justin Sullivan/Getty Images hide caption 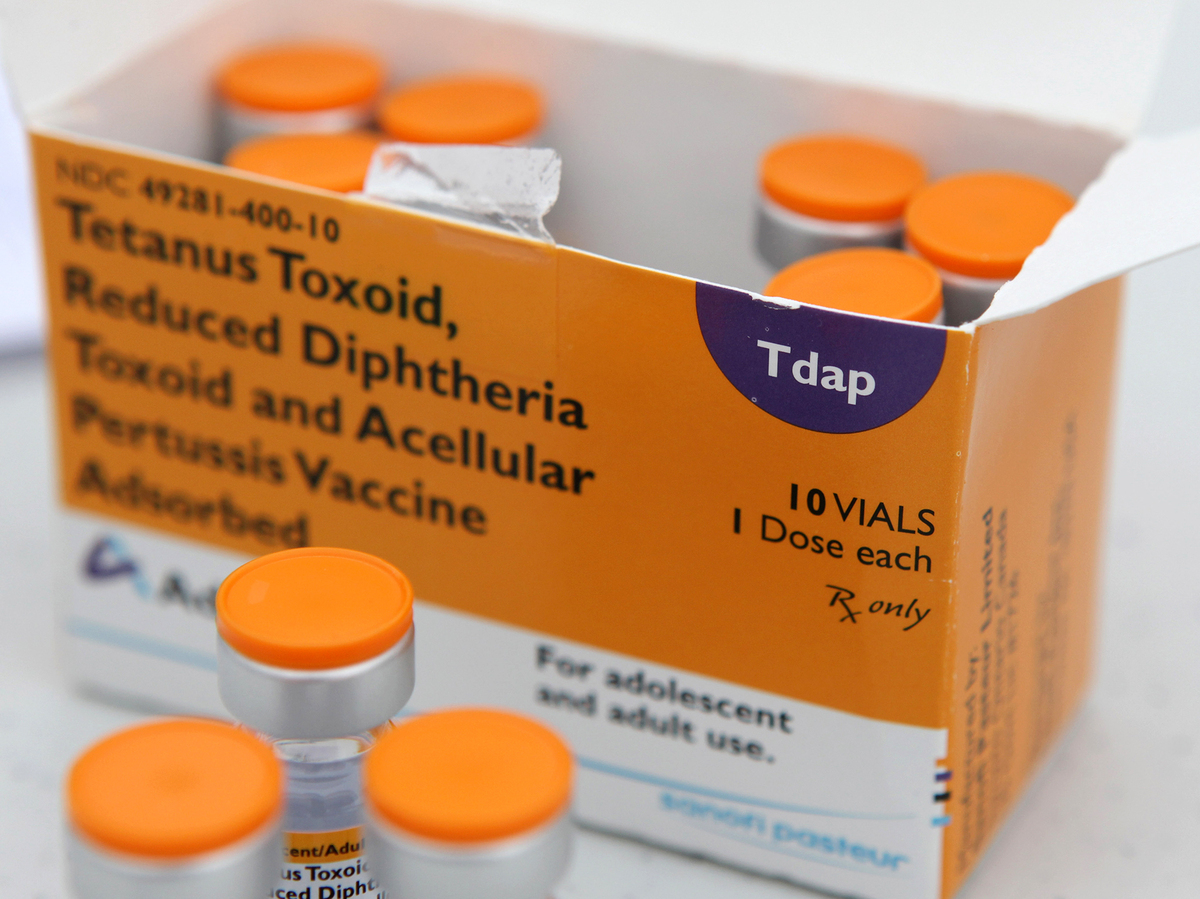 A box of vaccine vials sits on a table during a Solano County health fair in 2010 in Vallejo, Calif.

The controversial bill that would require almost all children entering day care or school in California to be vaccinated crossed another key hurdle Thursday, as the state Assembly approved it by a vote of 46-30.

The bill, SB 277, now returns to the state Senate, where lawmakers will be asked to concur with amendments made in the Assembly.

If it passes out of the Legislature, the bill would then move to the desk of Gov. Jerry Brown. The governor hasn't indicated whether he'll sign the bill, but a spokesman said via email that Brown "believes that vaccinations are profoundly important and a major public health benefit and any bill that reaches his desk will be closely considered."

Sens. Richard Pan (D-Sacramento), a pediatrician, and Ben Allen (D-Santa Monica), the son of a polio survivor, introduced the legislation in the midst of the measles outbreak that began at the Disney theme parks in Anaheim last December.

Rise In Measles Cases Marks A 'Wake-Up Call' For U.S.

By the time the state Department of Public Health declared the outbreak over in April, more than 130 people in California had contracted the highly contagious disease. Health experts say the disease was able to spread due to low vaccination rates in some communities.

SB 277 strives to boost childhood immunization rates by eliminating the personal belief and religious vaccine exemptions. The bill would maintain the medical exemption; it was amended in the Assembly health committee to clarify that physicians can determine when vaccination isn't medically appropriate.

As the bill has moved through the Legislature, thousands of people have flooded the state Capitol to oppose the bill, saying it infringes on their parental rights. Some oppose vaccination outright, while others don't want to follow the vaccination schedule laid out by the Centers for Disease Control and Prevention.

If passed, the bill would take effect on Jan. 1, 2016. Under the law, students who weren't fully vaccinated due to philosophical or religious beliefs before this date wouldn't need to get vaccinated until they entered preschool, kindergarten or seventh grade.

Beginning July 1, 2016, students would not be admitted for the first time to any public or private day care, elementary or secondary school, and wouldn't be allowed to advance to seventh grade, if they didn't have all the vaccinations required for their age.

Under the law, parents who choose to not vaccinate their children would be able to participate in a multiple-family private home school, or home-school their kids using a public school independent study program.

During debate on the Assembly floor, some lawmakers said they support the bill because it protects public health.

"We live in a society where we have a social responsibility to act in a manner that protects not only ourselves but others as well," said Assembly member Marc Levine (D-Marin and Sonoma).

Several Assembly members said they support vaccines, but argued the bill violates parents' rights to choose which medical care their children receive. They also said the bill would encroach on children's right to an education.

"I'm interested in protecting the rights of our parents," said Assembly member Shannon Grove (R-Bakersfield). Parents, she added, should be "in the driver's seat" when it comes to their children's health.

If SB 277 becomes law, California would become the 32nd state to ban the philosophical exemption and just the third — West Virginia and Mississippi — to not offer a religious exemption, according to the National Conference of State Legislatures.

For more health coverage from KPCC, check out its Impatient health blog.