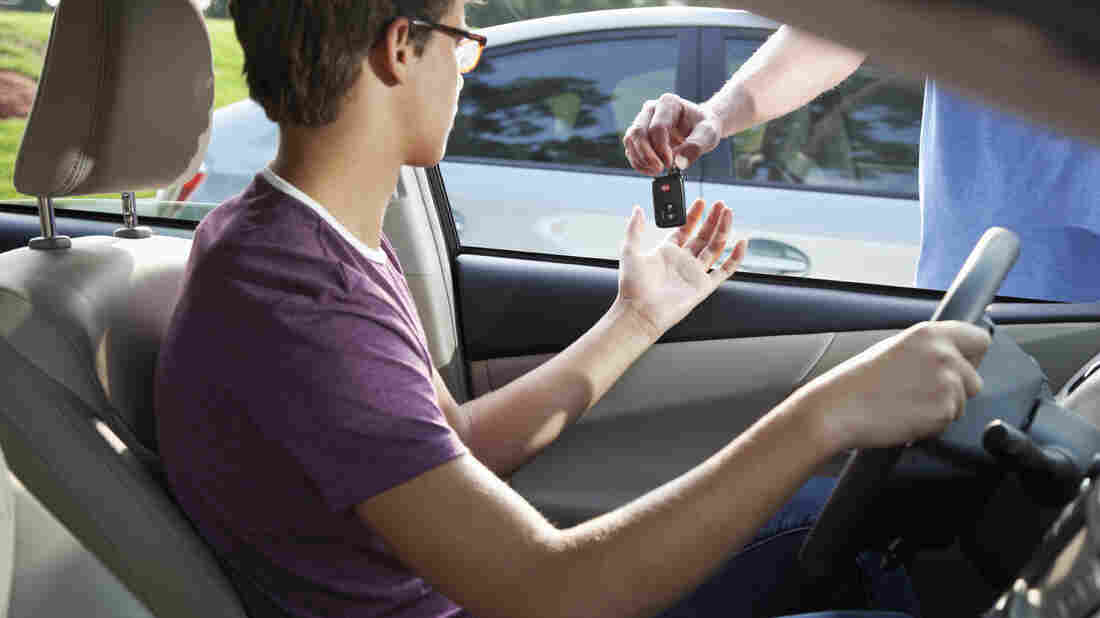 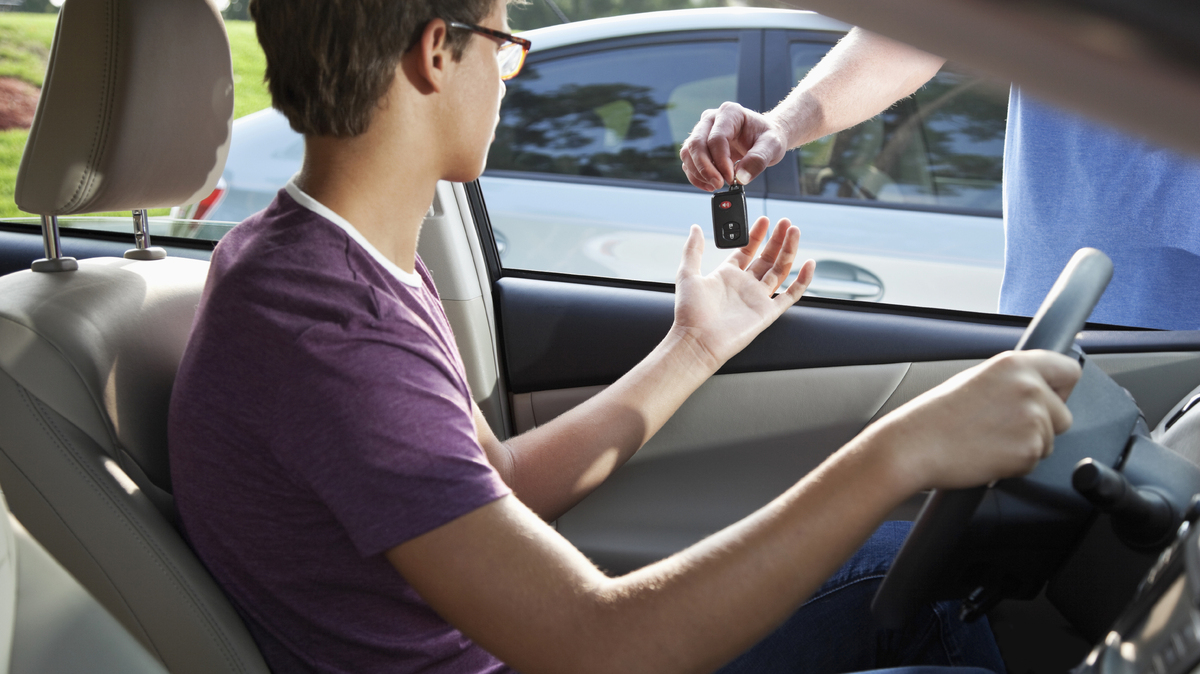 Nothing says "I'm a new driver" more than a fire-red label stuck to your license plate for all to see. That's what happens in New Jersey to anyone with a learner's permit under age 21. But identifying these newest drivers doesn't necessarily help reduce crash rates, research finds.

For young drivers holding a learner's permit, putting up the decal has no significant effect, a study published this week in the journal Injury Prevention suggests. On the other hand, the same researchers have found a substantial reduction in crashes when warning labels are required in the first months after a young person exchanges that beginner's permit for an actual driver's license.

New Jersey rolled out its decal mandate in May 2010 as part of the state's graduated driver licensing laws. These GDL laws, which are now in use in various ways in all 50 states and the District of Columbia, are designed to only gradually ramp up the rights and independence of teen drivers.

Here's how they work: New drivers have to be at least 16 to get a driving permit. Then they can only drive under adult supervision, typically for at least 50 hours. After earning an intermediate license when they can drive alone, teens face restrictions on nighttime driving, cellphone use and the number of peer passengers allowed in the car. These restrictions disappear with full-fledged licensure, usually 12 months after the intermediate stage or when the driver reaches the age of 18. And they are still required to follow state laws.

"GDL has been the cornerstone of public policy in reducing crashes [involving teen drivers]," Allison Curry, main author of the study, says. "One of the challenges with GDL is it's difficult for the police to identify learner drivers and intermediate drivers," Curry says.

­New Jersey's decal mandate is the first of its kind in the nation. The reasoning behind it is simple: The police can now easily identify teen drivers who are violating GDL restrictions, such as driving at night. And the hope is that the chance of being caught will make teens less likely to engage in wrongdoing.

When Teen Drivers Multitask, They're Even Worse Than Adults

Curry, director of epidemiology and biostatistics at the Center for Injury Research and Prevention, Children's Hospital of Philadelphia, and her team looked at New Jersey's crash rates and GDL citations among drivers younger than 21 in the four years pre-decal and two years post-decal.

For drivers still in the baby stage of holding a learner's permit, the study showed decals didn't seem to be of much use. Curry attributes this lack of impact to parents and supervisors sitting in the car. Studies that observed what drivers were doing in their cars found that virtually all of the time, an adult sat next to the new driver, as they're supposed to. This is probably why the crash rate for newbie drivers is already very low, Curry says, and it leaves little room for the decals to make an impact.

But that's not the case for intermediate drivers on the road. For them, decals are saving lives. In a study published earlier this year, Curry's team found a significant 9.5 percent decrease in crash rates for that group two years after the mandate was enforced. That's an estimated 3,197 intermediate drivers prevented from crashing in two years, she says.

This all sounds promising, but could singling out teen drivers to all drivers sharing the road make them more rebellious and rash behind the wheels?

Teens Say They Don't Text Or Drink While Driving

"Fortunately, the research did not reveal an increase in citations, which is a potential side effect of concern from the perspective that teenage drivers should not necessarily be singled out," Bruce Simons-Morton, a behavioral scientist with the National Institutes of Health who researches adolescent driving, wrote to Shots in an email. He did not participate in the study.

One of the notions underlying GDL rules, Simons-Morton says, is that teens are best managed by their parents rather than police. Novice drivers are seldom stopped or cited for violation of GDL rules, he says, and decals appear not to increase citations.

No word yet whether other states are thinking of deploying this sort of decal system with learners' permits, but Curry notes there may be long-range benefits that didn't show up in their data.

Remember that the goal is to establish good driving habits early on, she says. "Today's learner drivers are tomorrow's intermediate drivers."