Accessibility links
LA Police Unit Intervenes To Get Mentally Ill Treatment, Not Jail Time : Shots - Health News When cops in Los Angeles encounter people who may be mentally ill, there's a specialized unit that can offer help on the spot. 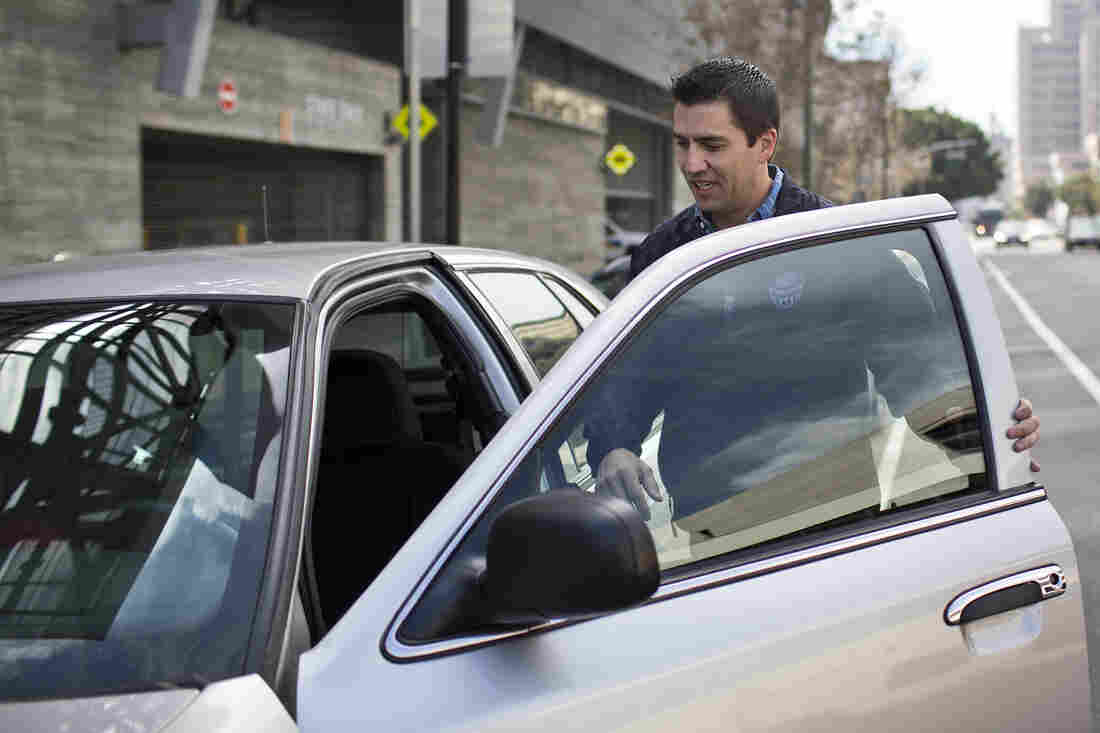 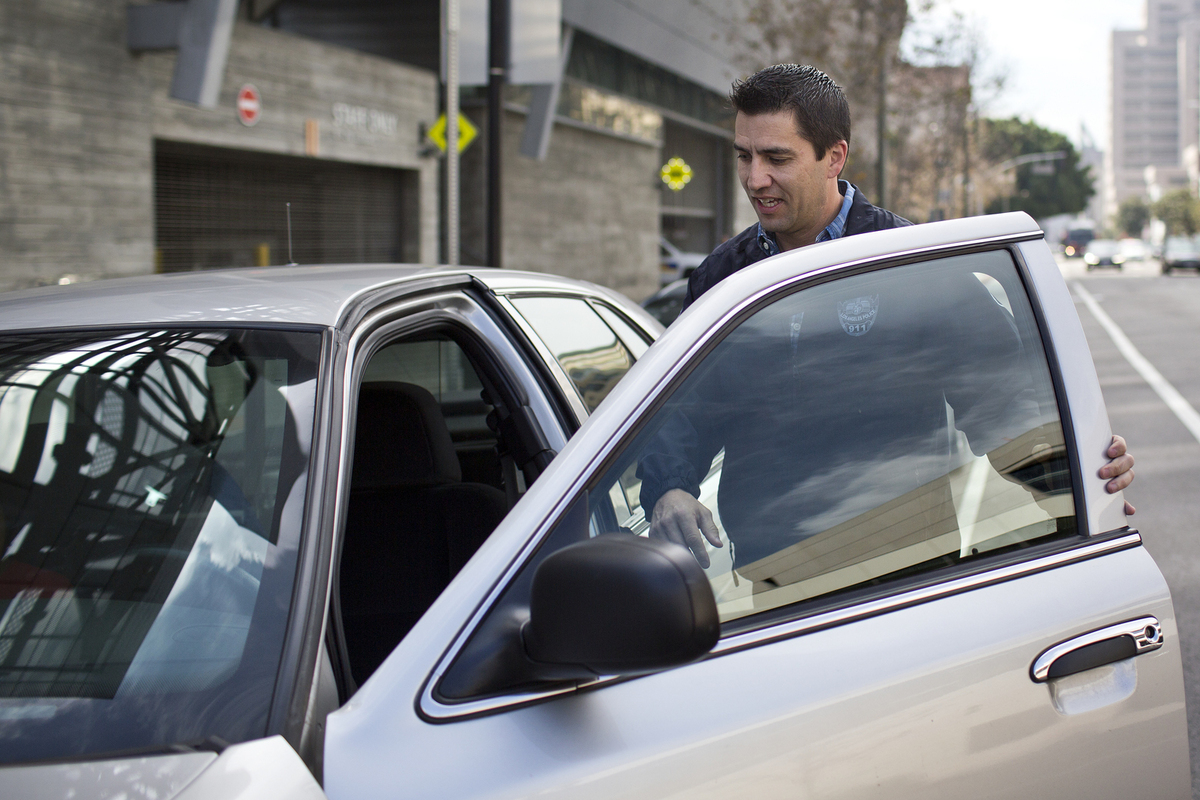 Officer Ted Simola, a member of the LAPD mental evaluation unit, responds to a call in February.

The Los Angeles Police Department's mental evaluation unit is the largest mental health policing program of its kind in the nation, with 61 sworn officers and 28 mental health workers from the county.

The unit has become a vital resource for the 10,000-person police force in Los Angeles.

Officer Ted Simola and his colleagues in the unit work with county mental health workers to provide crisis intervention when people with mental illness come into contact with police.

On this day, Simola is working the triage desk on the sixth floor at LAPD headquarters. Triage duty involves helping cops on the scene evaluate and deal with people who may be experiencing a mental health crisis.

Today, he gets a call involving a 60-year-old man with paranoid schizophrenia. The call is typical of the more than 14,000 fielded by the unit's triage desk last year.

"The call came out as a male with mental illness," says the officer on the scene to Simola. "I guess he was inside of a bank. They said he was talking to himself. He urinated outside."

If it were another department, this man might be put into the back of a police car and driven to jail, so that the patrol officer could get back to work more quickly. But LAPD policy requires all officers who respond to a call in which mental illness may be a factor to phone the triage desk for assistance in evaluating the person's condition.

Officer Simola talks to the officer on the scene. "Paranoid? Disorganized? That type of thing?" The officer answers, "Yeah, he's talking a lot about Steven Seagal, something about Jackie Chan." Simola replies, "OK, does he know what kind of medication he's supposed to have?" They continue talking.

The triage officers are first and foremost a resource for street cops. Part of their job entails deciding which calls warrant an in-person visit from the unit's 18 cop-clinician teams. These teams, which operate as second responders to the scene, assisted patrol in more than 4,700 calls last year.

Sometimes their work involves high-profile interventions, like assisting SWAT teams with dangerous standoffs or talking a jumper off a ledge. But on most days it involves relieving patrol officers of time-consuming mental health calls like the one Simola is helping to assess.

The man involved in this call has three outstanding warrants for low-grade misdemeanors, including public drinking. Technically, any of them qualifies him for arrest. But Simola says today, he won't be carted off to jail.

"He'll have to appear on the warrants later," Simola says, "but immediately he'll get treated for his mental health."

That's the right approach, says Peter Eliasberg is legal director at the American Civil Liberties Union of Southern California. "The goal is to make sure that people who are mentally ill, who are not a danger to the community, are moved towards getting treatment and services as opposed to getting booked and taken into the jail."

Detective Charles Dempsey heads training for LAPD's mental evaluation unit. He says pairing a cop or detective with a county mental health worker means the two can discuss both the criminal justice records that the health worker isn't privy to and the medical records that a cop can't access because of privacy laws.

About two-thirds of the calls are resolved successfully, he says. "We engage them, they get help, they get services and we never hear from them again," he says.

But there are complicated cases, too. And these, Dempsey says, are assigned to the unit's detective-clinician teams. Dempsey says most of the 700 cases they handled last year involved both people whose mental illness leads them them to heavily use or abuse emergency services or who are at the greatest risk for violent encounters with police and others.

"It requires a lot more work," he says.

For nearly a decade, the LAPD has helped trained dozens of agencies both in and out of the U.S. in this type of specialized policing. Its emphasis is diversion over incarceration, for those who qualify.

Lt. Lionel Garcia commanded the unit for seven years until his retirement in April. "Low-grade misdemeanors we'll try to divert them to placement rather than an arrest," he says. But, he continues, "if it's a felony in this city, they're going to jail."

Last year, Garcia says, about 8.5 percent of the calls resulted in the person getting arrested and jailed. When that happens, he says the unit tracks the person through custody and then, upon their release, reaches out to them with links to services. "It's just common sense," he says. 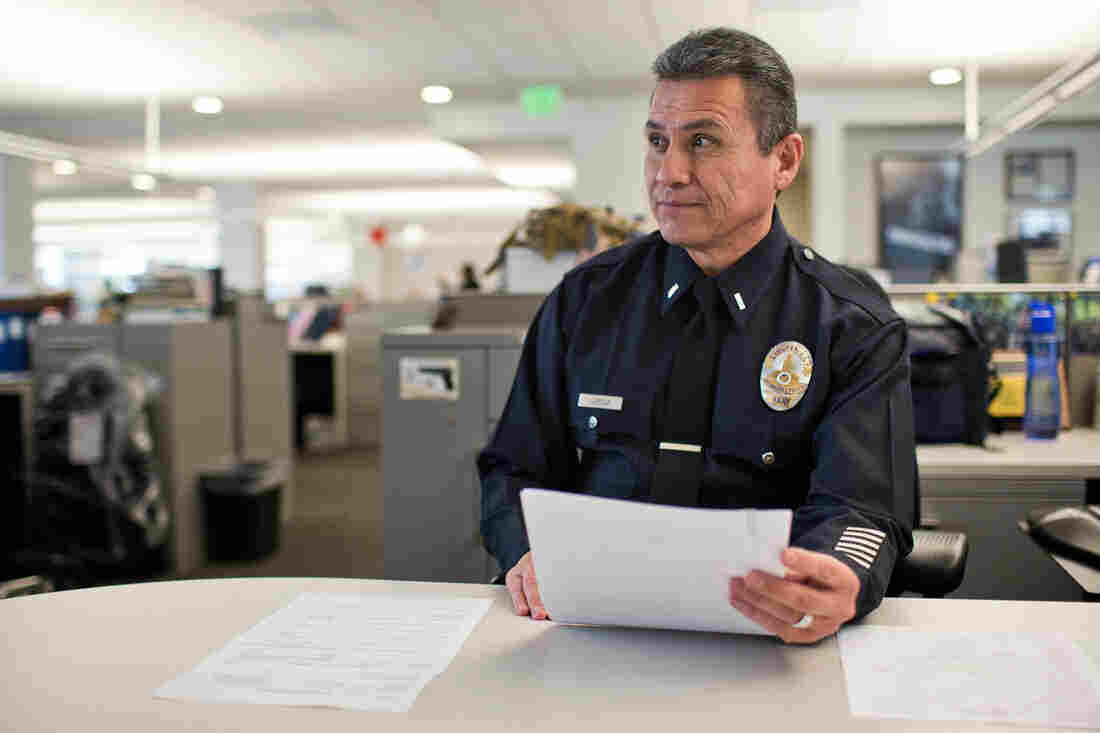 Lt. Lionel Garcia was the lead officer of the LAPD's mental evaluation unit for seven years until his retirement in April. Maya Sugarman/KPCC hide caption 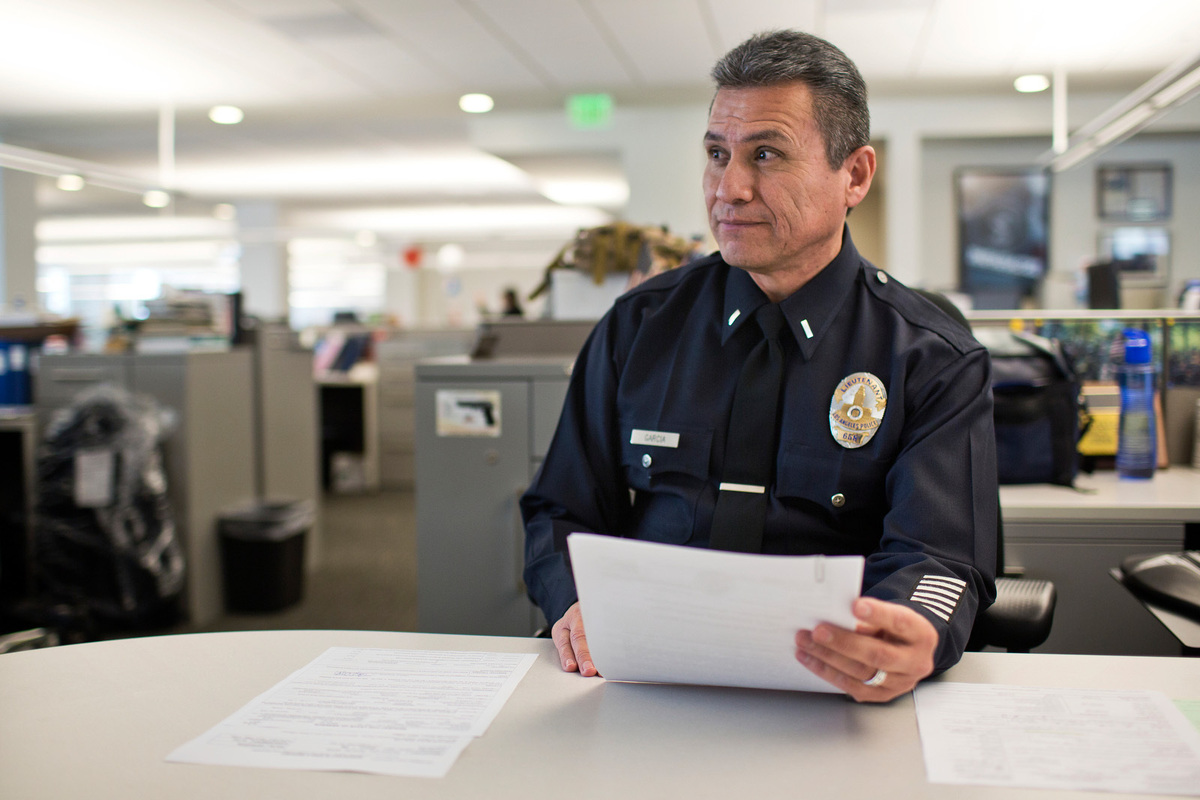 Lt. Lionel Garcia was the lead officer of the LAPD's mental evaluation unit for seven years until his retirement in April.

"Jails were not set up to be treatment facilities," says Mark Gale, who serves as criminal justice chairman for the LA County Council of the National Alliance On Mental Illness. "People get worse in jail."

Gale and other mental health advocates praise the LAPD unit's approach and call it a good first step. But for diversion to work well, they say, the city and county need to provide treatment programs at each point a mentally ill person comes into contact with the criminal justice system — from interactions with cops all the way through the courts.