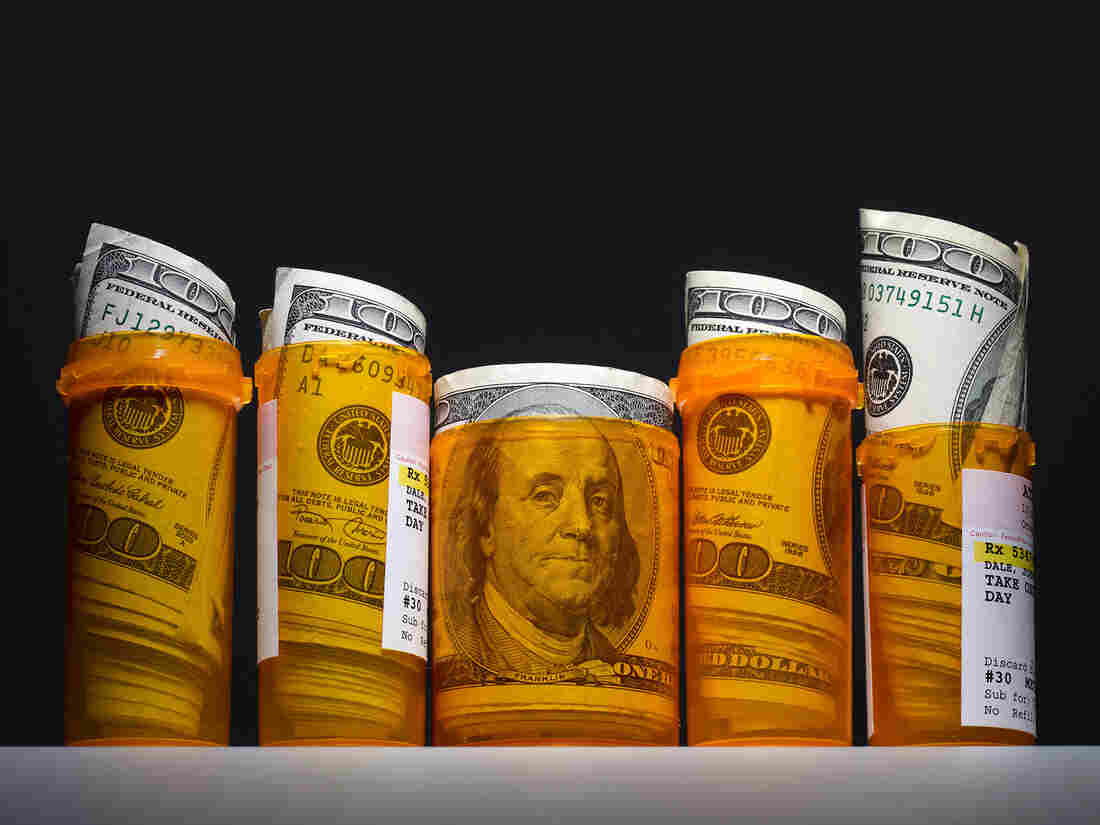 Following the money trail is pretty easy with doctors, but nurses are another story. Adrianna Williams/Getty Images hide caption 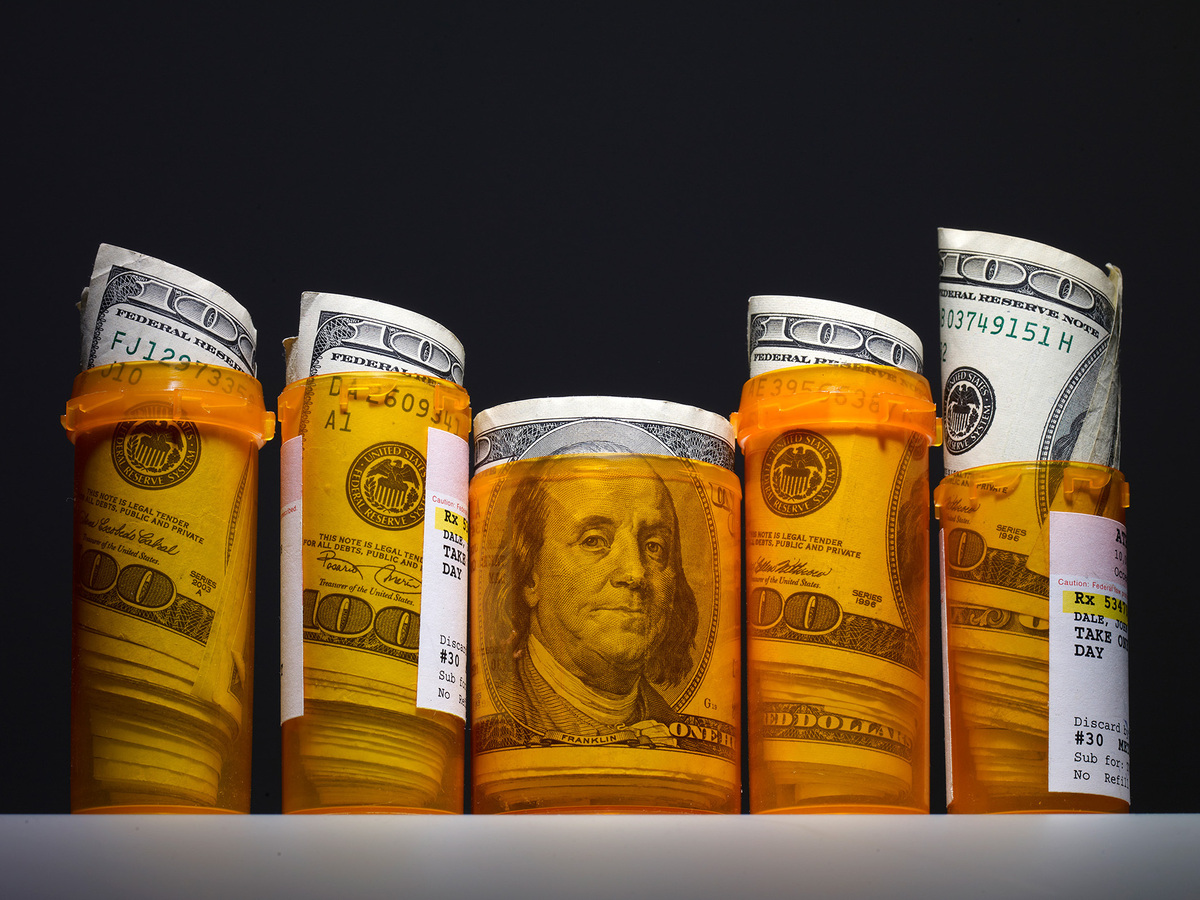 Following the money trail is pretty easy with doctors, but nurses are another story.

A nurse practitioner in Connecticut pleaded guilty in June to taking $83,000 in kickbacks from a drug company in exchange for prescribing its high-priced drug to treat cancer pain. In some cases, she delivered promotional talks attended only by herself and a company sales representative.

But when the federal government released data Tuesday on payments by drug and device companies to doctors and teaching hospitals, the payments to nurse practitioner Heather Alfonso, 42, were nowhere to be found.

That's because the federal Physician Payment Sunshine Act doesn't require companies to publicly report payments to nurse practitioners or physician assistants, even though they are allowed to write prescriptions in most states.

Nurse practitioners and physician assistants are playing an ever-larger role in the health care system. While registered and licensed practice nurses are not authorized to write prescriptions, those with additional training and advanced degrees often can.

A ProPublica analysis of prescribing patterns in Medicare's prescription drug program, known as Part D, shows that these two groups of providers wrote about 10 percent of the nearly 1.4 billion prescriptions in the program in 2013. They wrote 15 percent of all prescriptions nationwide (not only Medicare) in the first five months of the year, according to IMS Health, a health information company.

For some drugs, including narcotic controlled substances, nurse practitioners and physician assistants are among the top prescribers.

"Nurse practitioners see patients, order tests, recommend procedures and prescribe medications," Dr. Walid Gellad, an associate professor of medicine at the University of Pittsburgh and co-director of its Center for Pharmaceutical Policy and Prescribing, wrote in an email. "It seems straightforward to think that their relationships with the pharmaceutical and device industries are of as much relevance as physicians, dentists, chiropractors, etc."

He added, "If the purpose of the act is to shine a light on the relationship between industry and the health care sector, then you've left out an important component of that sector."

Still, Coukell said, "to the extent that a lot of prescribing now is done by health professionals who aren't physicians, and a lot of marketing is directed at them, they ideally should also be part of the disclosure."

Asked whether payments to these providers should be reported, a spokesman for the Centers for Medicare and Medicaid Services, which manages the disclosure system, said: "Nurse practitioners and physician assistants are currently not covered recipients under the statute for Open Payments."

A representative of the Pharmaceutical Research and Manufacturers of America, the industry trade group, declined comment.

Alfonso was employed as an advanced-practice nurse at Comprehensive Pain and Headache Treatment Center in Derby, Conn. An investigation revealed that she was a heavy prescriber of Subsys, an expensive drug used to treat cancer pain, the U.S. Attorney's Office for Connecticut said. Between January 2013 and March 2015, she wrote more than $1 million in Subsys prescriptions to Medicare patients alone, more than any other prescriber in Connecticut, prosecutors alleged.

"Interviews with several of Alfonso's patients, who are Medicare Part D beneficiaries and who were prescribed the drug, revealed that most of them did not have cancer, but were taking the drug to treat their chronic pain," the U.S. attorney's office said in a press release.

Prosecutors said Alfonso was paid as a promotional speaker by Subsys' maker, Insys Therapeutics Inc., for more than 70 dinner programs at a rate of about $1,000 per event. "In many instances, the dinner programs were only attended by Alfonso and a sales representative for the drug manufacturer," the U.S. attorney said in the release. "In other instances, the programs were attended by individuals, including office staff and friends, who did not have licenses to prescribe controlled substances. For the majority of these dinner programs, Alfonso did not give any kind of presentation about the drug at all."

The charge against Alfonso carries a maximum sentence of five years in prison and a fine of up to $250,000. Sentencing is scheduled for September.

Alfonso could not be reached for comment and her attorney has not returned a phone call. A phone call to Insys was also not returned, though the company said in a statement to The New York Times that it was committed to promoting Subsys "lawfully and appropriately."

A ProPublica report last year identified Alfonso as among the top 20 prescribers nationally of the most-potent controlled substances within Medicare's Part D program in 2012. At the time, we noted that she had been reprimanded and fined by the Connecticut health department in July 2014 for allegedly failing to examine a patient before prescribing/refilling narcotics.

Elissa Ladd, an associate professor of nursing at the MGH Institute of Health Professions in Boston, surveyed 263 nurse practitioners several years ago about their interactions with the pharmaceutical industry. Her survey, published in 2010 in the American Journal of Managed Care, found that nearly all had regular contact with drug company sales representatives. Nine in 10 believed that it was acceptable to attend lunch and dinner events sponsored by the industry.

Look up your doctor in our Dollars for Docs interactive database to see if he or she has received payments from drug or device companies in 2013-2014. Also read our story about doctors who had the most interactions with industry.