Accessibility links
Heroin Use Surges, Especially Among Women And Whites : Shots - Health News All told, more than half a million Americans used heroin in 2013, according to the Centers for Disease Control and Prevention. That represents a nearly 150 percent increase since 2007. 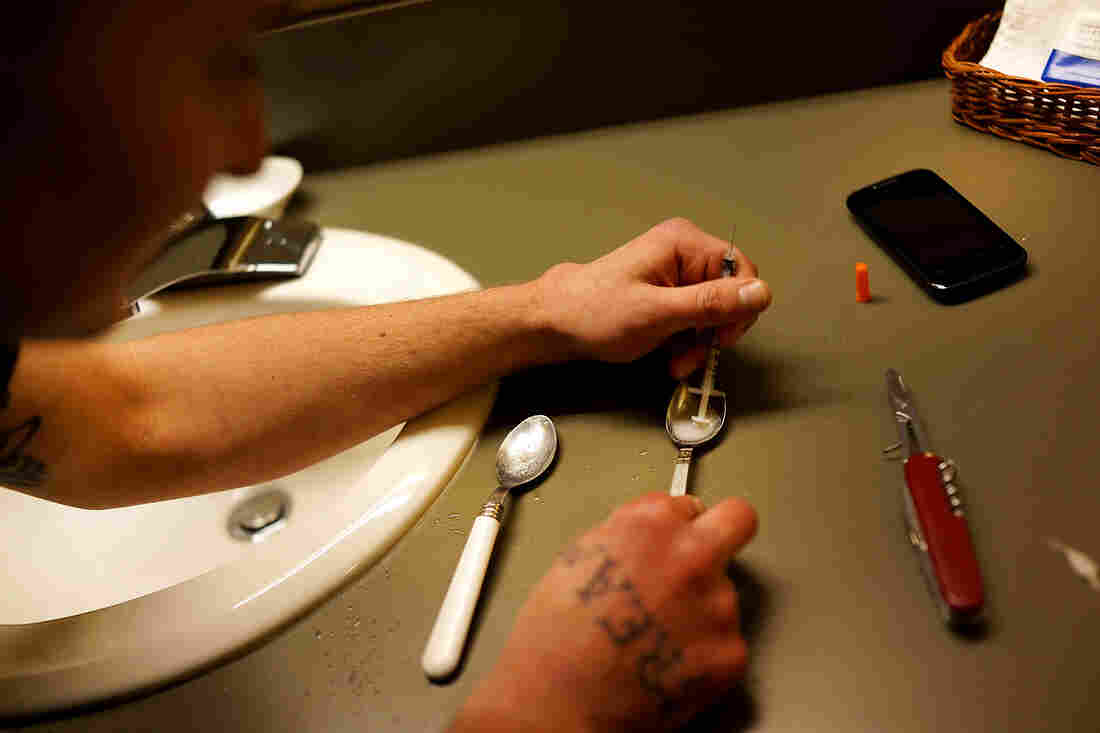 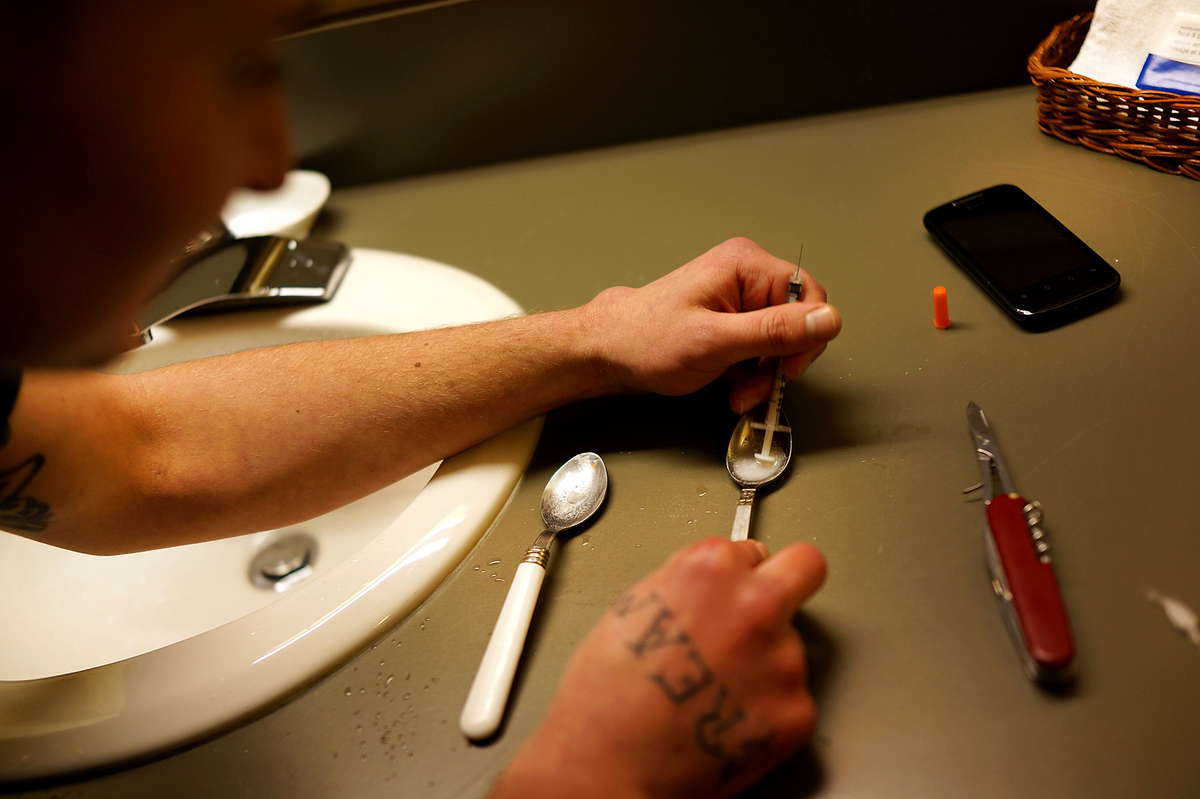 A user prepares drugs for injection in 2014 in St. Johnsbury, Vt.

Health officials, confronted with a shocking increase in heroin abuse, are developing a clearer picture of who is becoming addicted to this drug and why. The results may surprise you.

The biggest surge is among groups that have historically lower rates of heroin abuse: women and white (non-Hispanic) Americans. They tend to be 18-25 years old, with household incomes below $20,000. "In addition, persons using heroin are abusing multiple other substances, especially cocaine and opioid pain relievers," says a report published Tuesday by the Centers for Disease Control and Prevention.

All told, more than half a million Americans used heroin in 2013, according to the report. That represents a nearly 150 percent increase since 2007.

Men still outnumber women, but that gap is narrowing. And 96 percent of heroin users said they'd used other drugs within the past year.

In 2013 alone, more than 8,200 Americans died of heroin overdoses. Most of them took that as a deadly combination with other drugs — most often cocaine. The death toll has skyrocketed in recent years. It's up from 1,800 in 2001, according to a report from the National Institute on Drug Abuse.

"As a doctor who started my career taking care of patients with HIV and other complications from injection drugs, it's heartbreaking to see injection drug use making a comeback in the U.S.," says Dr. Tom Frieden, head of the CDC. He unveiled the report in a phone briefing.

Those stark facts define the challenge that health officials face. The epidemic isn't just a problem of inner city "shooting galleries" and a dead end for the down-and-out. To a considerable extent, Frieden says the heroin "crisis" is growing out of prescription drug abuse, especially opioid painkiller use. People who abuse painkillers are 40 times more likely to abuse or be dependent on heroin, the study finds.

First, he says, the widespread use of opiate painkillers has primed people for heroin addiction. These drugs and heroin have essentially the same active ingredient. The second punch is that heroin is increasingly available, and often far cheaper than prescription painkillers. Frieden estimates that heroin is available on the street at one-fifth the cost of prescription pain pills.

This problem calls for a comprehensive response — one that recognizes the changing demographics of heroin use, says the CDC report, which is co-authored by Christopher Jones at the Food and Drug Administration along with colleagues from the CDC.

Frieden said "an urgent all-society response" is needed. It would include: