Accessibility links
An Explicit Contract Makes Surrogacy Viable For An Oregon Woman : Shots - Health News Carrying a child for someone unable to become pregnant can be a legal and ethical minefield. In Oregon, lenient laws and strict contracts have made surrogacy a more appealing option for women. 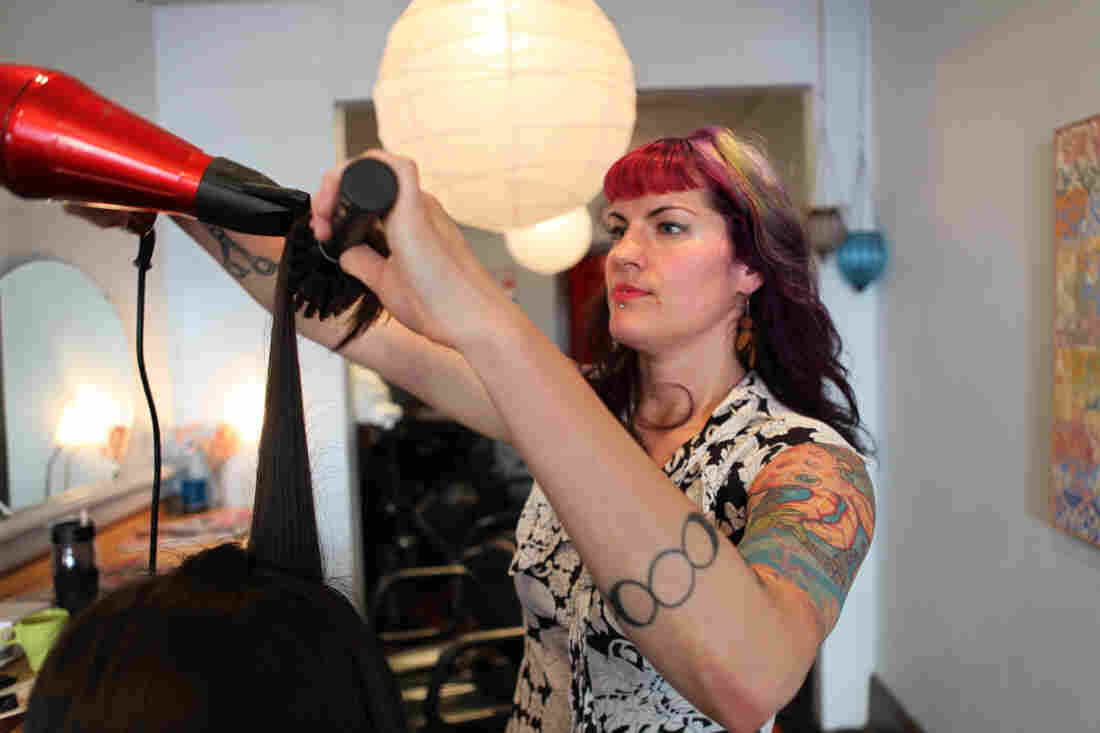 Mardi Palan, a hair stylist in Portland, Ore., is hoping to become a surrogate for a couple from Israel. Kristian Foden-Vencil/OPB hide caption 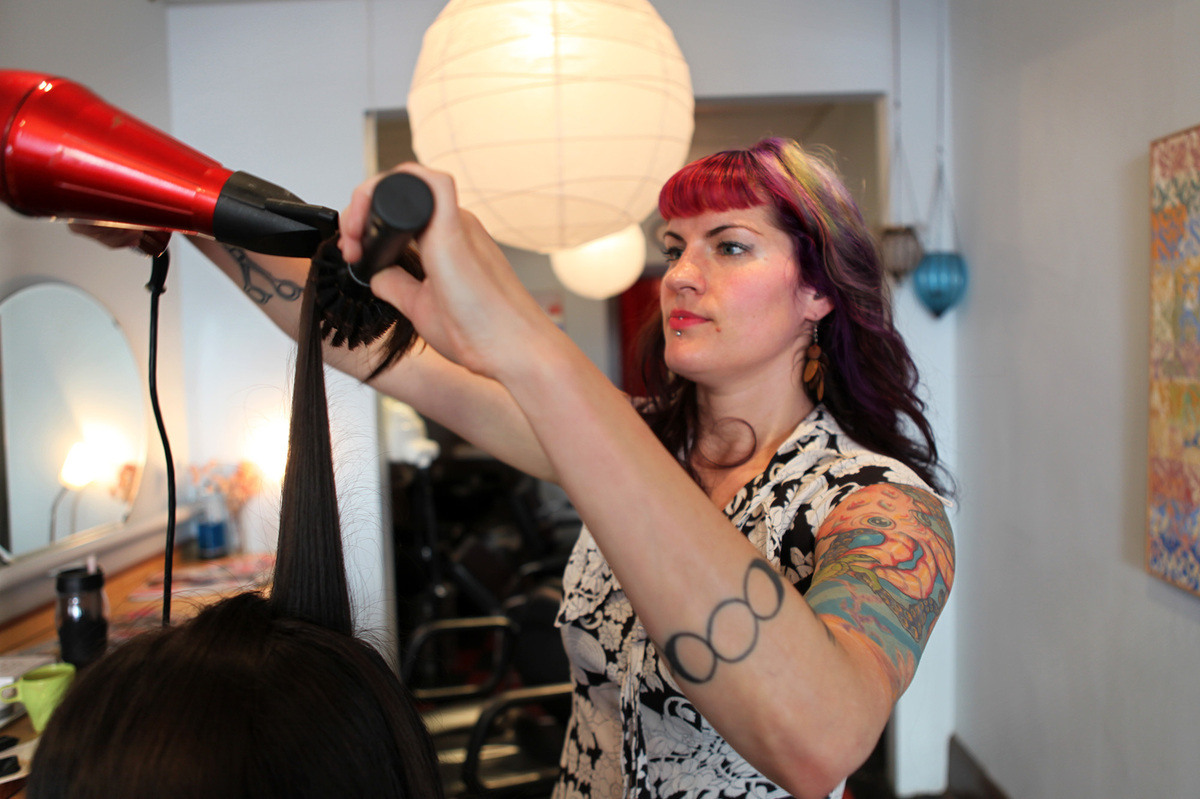 Mardi Palan, a hair stylist in Portland, Ore., is hoping to become a surrogate for a couple from Israel.

Over the last few years, Oregon has quietly become something of a center for women willing to carry children for those unable to get pregnant. There are several reasons for that: lenient laws, a critical mass of successful fertility clinics and a system for amending a birth certificate pre-birth.

But surrogacy arrangements are often informal agreements and they can go wrong. A surrogate may face unexpected medical bills, or the intended parents may change their mind.

But Mardi Palan is excited about becoming a surrogate, and that's due in part to a very thorough contract she has signed governing the terms of her surrogacy.

Palan is 30 and a hair stylist. She hopes to carry twins for a gay couple from Israel. She has a partner and a 1½-year-old son.

"I carried my son really well and I really enjoyed being pregnant," she says. "People mentioned surrogacy as an option to make money on the side and do something really nice for someone else."

Palans' contract has been written to cover every eventuality. The basics are that Palan will get about $25,000 if she successfully delivers a child, and another $5,000 for twins. She says she'll use it for a down payment on a home.

The contract also deals with ethical issues. It states, for example, that Palan is not selling her child, nor agreeing to terminate her parental rights. She can do that because none of her genetic material is involved. The two eggs will come from a donor and the sperm will come from the two fathers in Israel.

The contract says Palan is getting paid for "services rendered" and compensation for any pain and emotional distress she may suffer.

Palan's lawyer, Marlene Findling, says it's a good contract. "By far the vast majority of these contracts go really smoothly. This contract does protect her."

And there's a lot at stake. The intended parents are paying more than $100,000 for their child, or children.

The NW Surrogacy Center in Portland, where Palan has signed up, will get about $23,000.

The center's director, John Chally, wrote the contract. He says he's tried to include every possible situation, even if it seems painfully direct — like when it says Palan will get $2,500 if she loses her uterus.

"The contract needs to be black and white, because there has to be some clarity at one point in the process regarding expectations." But, he continues, "As with most of those things, those contracts don't describe relationships between people."

Chally says he works hard to make sure surrogates aren't turned into commodities. That takes a lot of work, because 70 percent of Chally's clients come from overseas – a total of 23 different countries.

Palan went out to breakfast and dinner with the couple from Israel. She was worried they wouldn't like her tattoos, rainbow hair or nose stud. But they're artists, and she says they took her appearance in stride.

Chally says it's critical for surrogates get along with prospective parents. He's turned away unsociable couples seeking a surrogate.

"Surrogates want to know who [the parents] are," he says. "They want to know what kind of relationship the two of them have. They want to see the joy in their eyes about realizing that there's a pregnancy. They frankly want some time and attention during that process, as a manifestation of their care and concern for her, as she's doing a truly remarkable thing for them."

The contract goes on to stipulate Palan's behavior.

For example, she's subject to random drug, alcohol and nicotine testing. She can't clean a litter box, get a tattoo or have an X-ray.

Another interesting clause in Palan's contract is that she has agreed not to travel across the border to Washington during her pregnancy. Washington allows surrogacy for only a limited set of reasons, and surrogacy for financial gain is illegal there.

Sister Sharon Park is with the Washington State Catholic Conference. She supports the state's restrictions because, she says, "the potential for exploitation of surrogates is huge, especially when money gets involved."

For her part, Mardi Palan feels protected and empowered by the contract. She started hormone injections July 4th, and expects to have two embryos implanted in August.